“Canada Jack” was athletic, an excellent horseman, a gymnast and a jiu-jitsu expert all of which gave him more than enough talents to combat the enemies of Canada. His costume like most Canadian hero costumes of the time was simple and practical, in this case a tank top with a Maple Leaf and the words “Canada Jack” on the chest, and gym pants with the inevitable strip down the side. Apparently Halperin insisted that “Canada Jack” remain realistic in order to be in line with the company’s educational mandate. This injunction seemed hardly necessary as the majority of the creators of Canadian wartime heroes kept them quite realistic. One feature that made “Canada Jack” distinctive if not unique was that virtually all of his adventures occurred in Canada where he fought spies and saboteurs, arsonists and black marketers. Not all adventures involved combat. “Canada Jack” and the big show is a story of how to raise money for the war effort

As with many cartoon heroes, as the war ended, Rae apparently found it difficult to create a new roll for “Canada Jack”. Should he be an outdoors man or should he be a detective? Unfortunately Educational Projects ceased operations before this could be resolved.

In 2013, Bevan Thomas and the Cloudscape Comics Society of Vancouver created “Canada Jacques” or “Jacques De Canada” a homosexual hero. They linked him to “Canada Jack” in a way that it is doubtful Rae would have approved. Although described in an appendix in Epic Canadiana v. 1, essentially in the way that Rae created him, the group added that he belonged to the “Allied Enigmas”, their creation, and that he was a homosexual who committed suicide when this characteristic was revealed. Also see Johnny Canuck for information about how they linked that character into their universe.

Yet another “Jack” incarnation, this time called “Dominion Jack” was created by Jack Briglio and Ron Salas also in 2013. The name is different from “Canada Jack” but not as much as one might think. The original name for Canada was “The Dominion of Canada. Other aspects of “Dominion Jack” remain consistent with “Canada Jack”

*One of the very few if not the only “Canada Jack” not done by George M. Rae.

Guardians of the North: The National Superhero in Canadian Comic-Book Art, Writ., John Bell. National Archives of Canada, 1992: “Canada Jack”: 13-17. A catalogue for the exhibit of the same name. 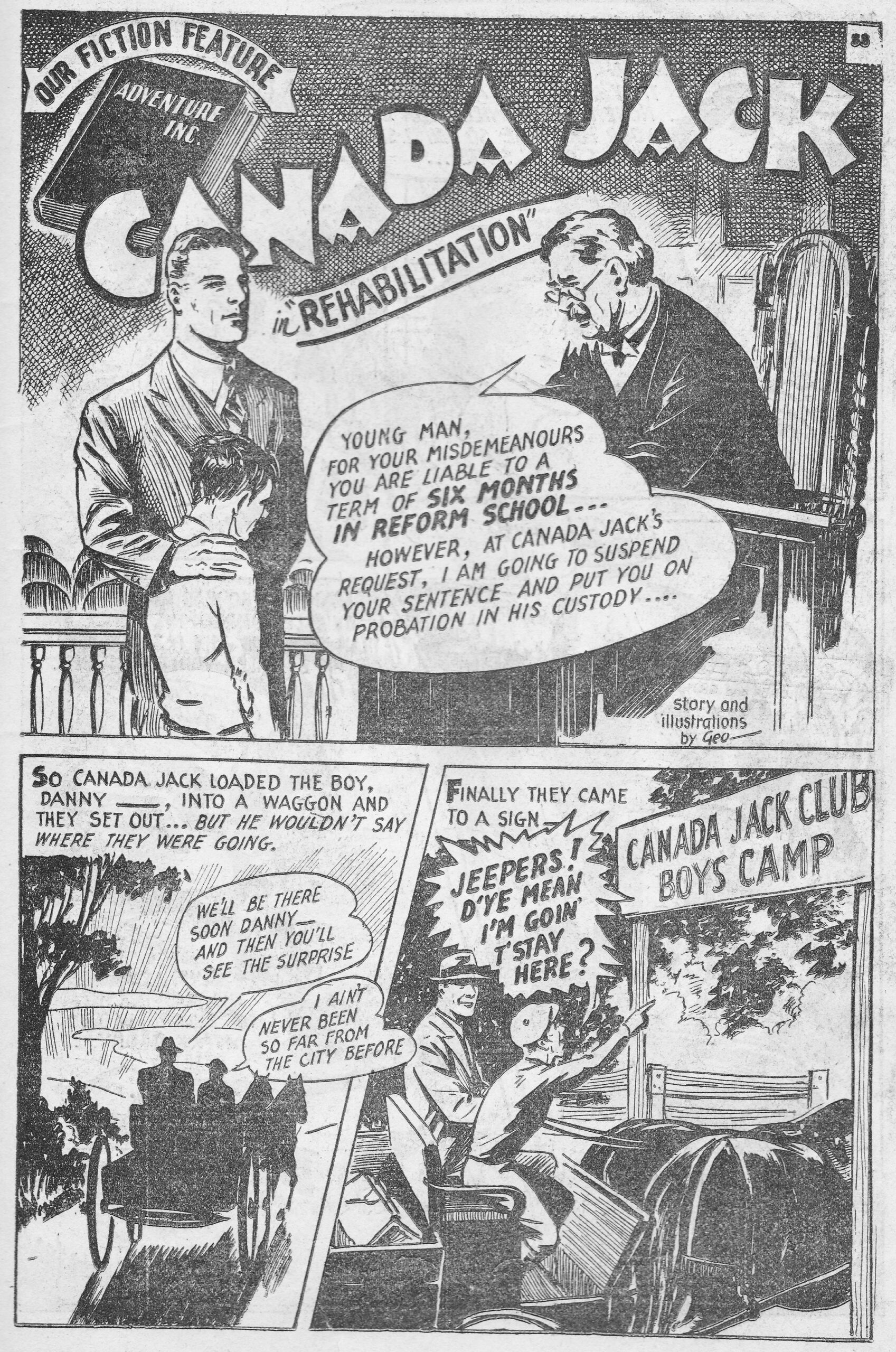 A example of how Educational Projects blended the fictional “Canada Jack” stories with the real life “Canada Jack Club.” 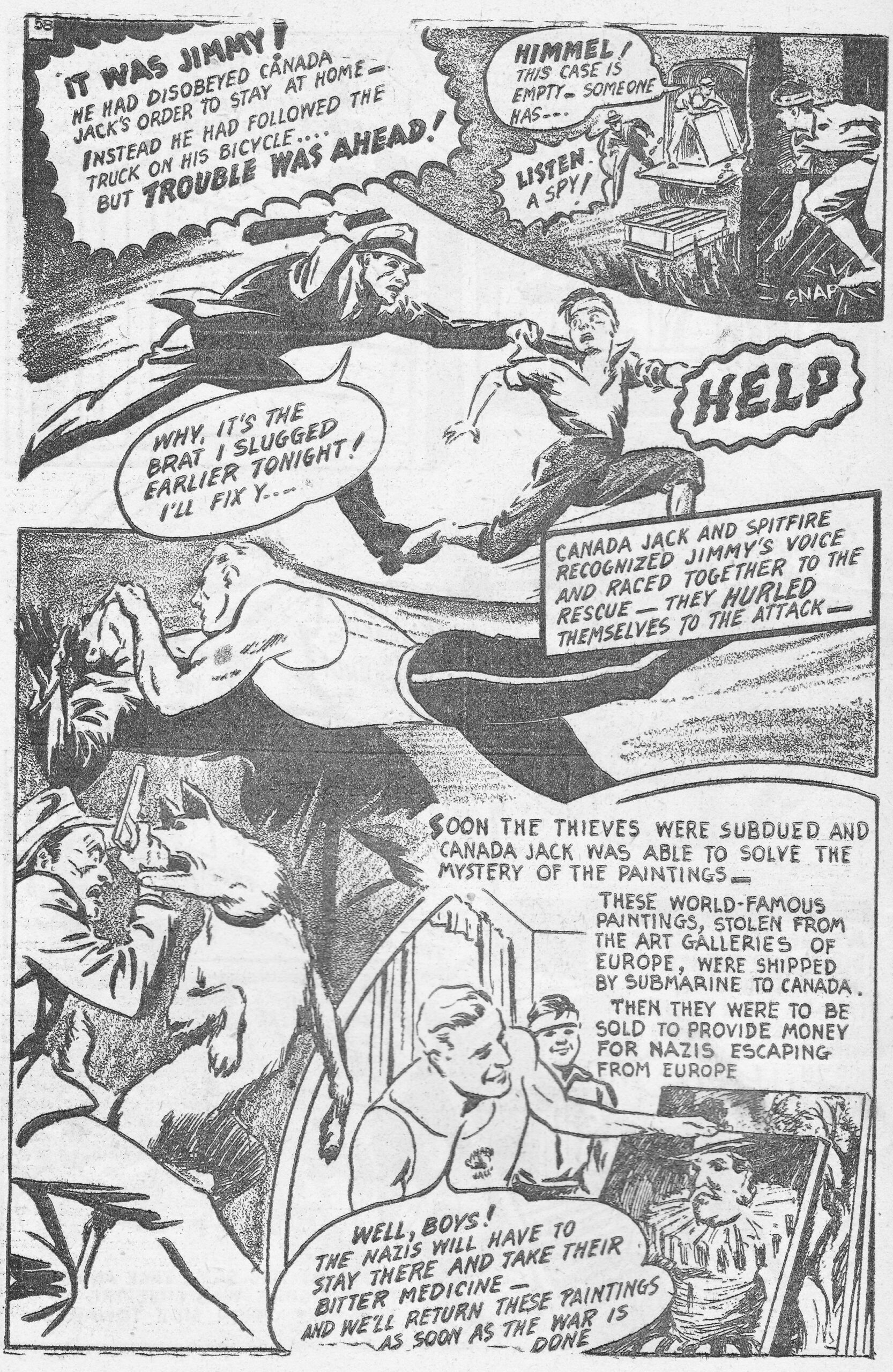 Perhaps the only story among the wartime cartoon stories that deals with art stolen by the Nazi. 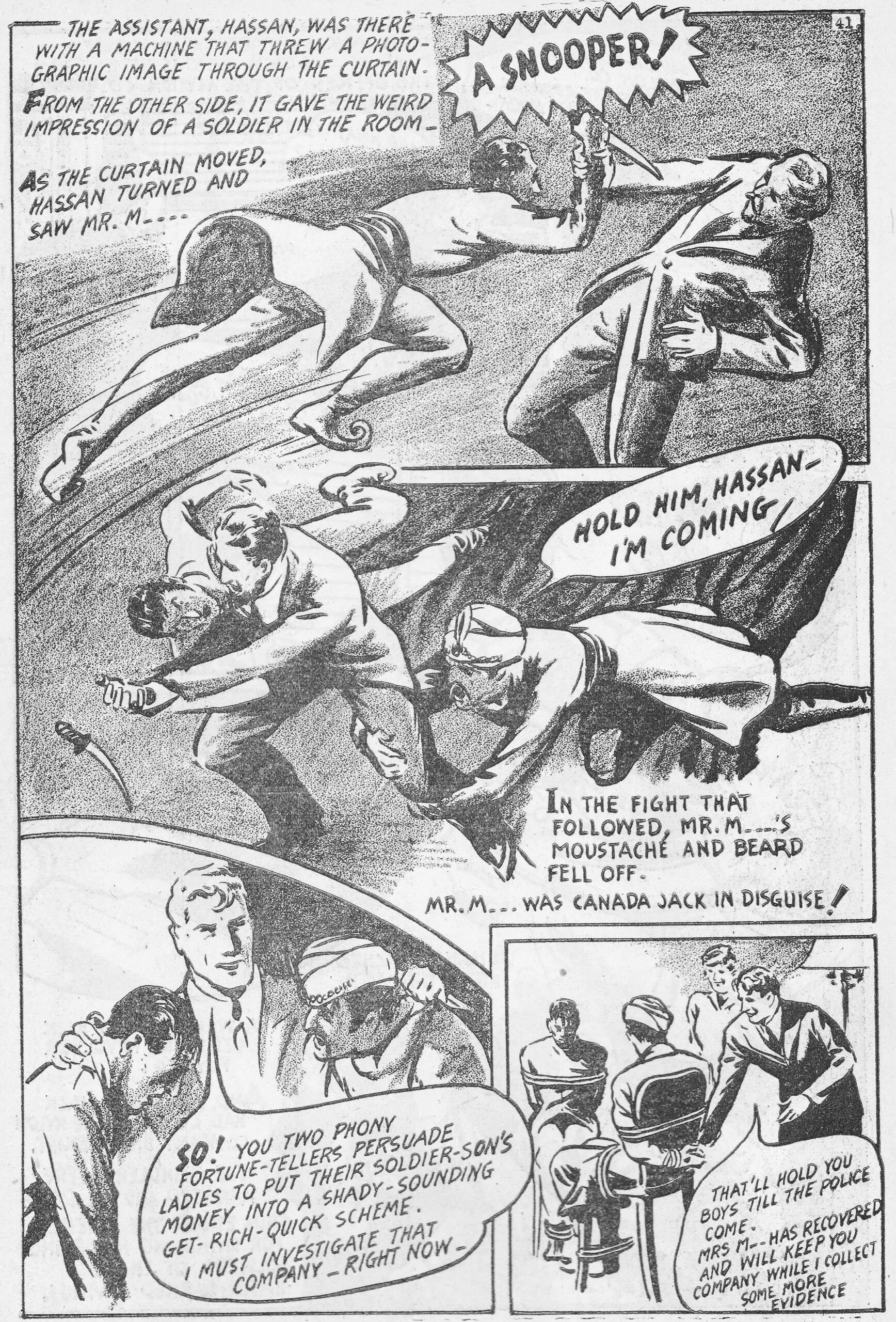 One of the very few if not the only Canada Jack story not done by George M. Rae. 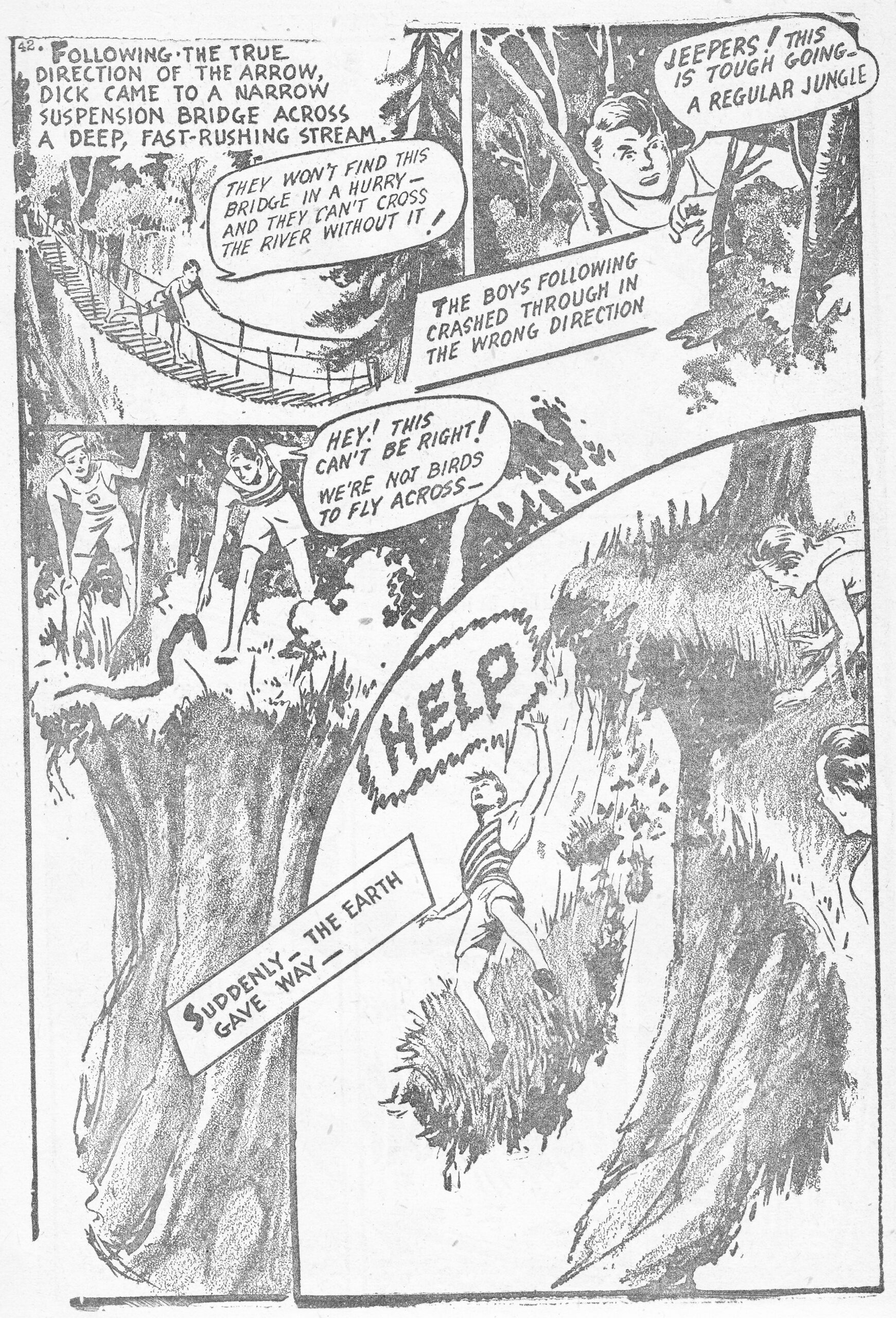 The three examples above show how the authors of “Canada Jack” were fluctuating between an outdoor character and a detective type character.