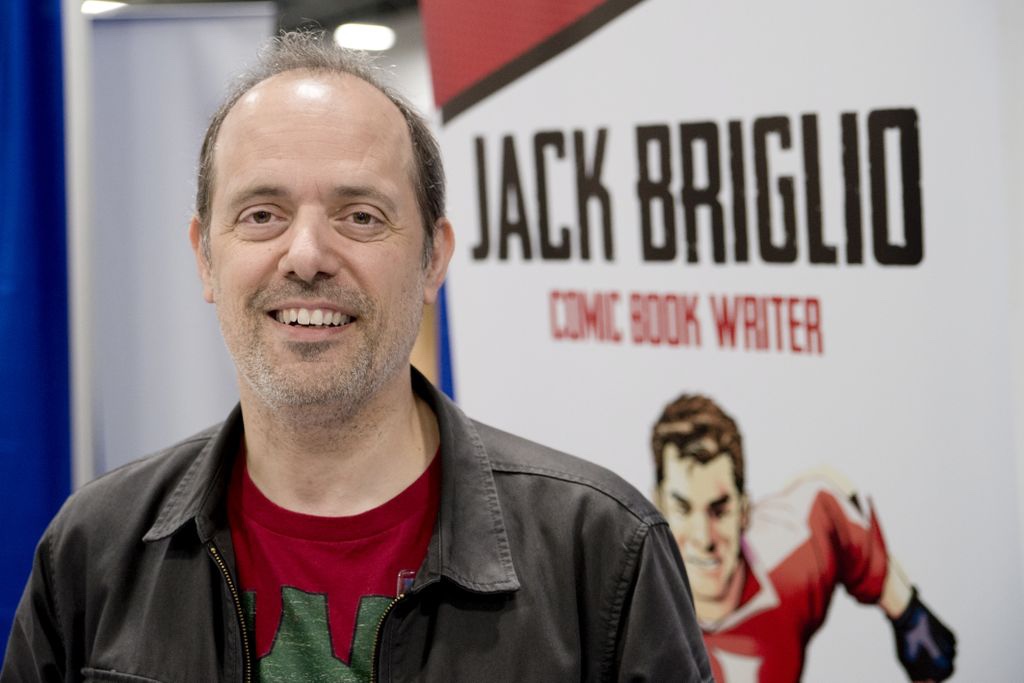 Born 1969 in Ottawa. His birth first name is Giacomo which he has shortened to Jack.

Even before he had finished University of Ottawa, he had entered the cartooning field working for Aircel Publishing in 1989 on Dragonforce issues 12 and 13 with illustrators Alex Szewczuk and Dale Keown. For the latter issue, he was not credited.

In 1992, he graduated from the University of Ottawa with a BA in English and Italian Literature. A few years later he received a Graduate Certificate in script writing from Algonquin College of Applied Arts and Technology. A Graduate Certificate program requires a university degree to enter it. He followed this up with some work in film and animation. From about 2000, he became a website manager for Canada Post, and the product owner of some of their applications. This job supports his passion which is writing graphic stories.

Back in 1997 and 1998, he teamed up again with illustrator Alex Szewczuk, who often uses the pseudonym “Serra”, to produce two stories under the overarching title “Kiki Baby Sorceress”. The first appeared in Mythography 6 (1997) and the second in Mythography 8 (1998). From these stories grew the series Growing Up Enchanted issues 1 to 4 which occupied the team from 2003 to 2004.  The issues were self published by Too Hip Gotta Go Graphics. In 2003 the title was nominated for an Eisner “Best Title Aimed at a Younger Audience” Award. They were collected into Growing Up Enchanted Bk. 1. A second book came out in 2011 as an original story. Both were published by Markosia Enterprises Limited, a British based publisher. These first efforts led Jack to work with DC Comics beginning in 2008 on titles like Scooby Doo, and Legion of Super-Heroes in the 31st Century. Another series The Adventures Digger and Friends. Volume 1 to 4 over 2009 and 2010 produced by IDW Publishing followed . Jack’s writing has also appeared in Archie Comics, 2: Archie’s Friend Scarlet. In 2012 he wrote three series “Bo Bear and Floo: The Dust Shaped World”, illustrated by Agnes Garbowska plus “Alphabetic Al” and “Floyd The Ferocious Fly”: all for Saturday Morning Webtoons. Another crime fantasy digital series he wrote “Take 2” appeared in the British anthology Aces Weekly.

In 2013, he created “Dominion Jack” and introduced the character in two stories illustrated by Ron Salas. “My Way” appeared in True Patriot: All New Canadian Comic Book Adventures and “Difference” appeared in True Patriot: Heroes Of The Great White North. He was associate editor on both of these books. The creators in True Patriot became associated with Chapterhouse Comics which produced a digital bi-monthly series called True Patriot Presents. “Dominion Jack” appeared in issue 2 and continued to issue 13 when the series stopped. Issues 2 to 4 were illustrated by Dominic Bercier, while issues 5 to 13 were drawn by Hugh Rookwood. This character continues to be developed by this team. True Patriot Presents was nominated for a Joe Shuster “Best Digital Comic” Award.

Recently, (2020), he edited Flip, an anthology of graphic stories published by Markosia. The stories previously appeared digitally. A second volume has also been released digitally and is planned to be published. Jack wrote four of the stories in this book. The first three are a set of linked stories that is best described as a triptych. The first two stories record unrelated events while the third story brings the participants in the first two stories together in an after world. Like a triptych each of the three stories can stand alone but together they create a dimension that is visible only when the stories are taken together. In the fourth story Jack teams up with Hugh Rookwood his “Dominion Jack” partner.