The Canada Jack Club was an unusual invention. In the comic book it was a group of youngsters who assisted “Canada Jack” in his wartime efforts. It was also a club the readers of Canadian Heroes could join and receive a membership card, badge and secret code. But the club went beyond that. It also gave out Honour Certificates to those members who engaged in citizenship efforts. These individuals who submitted their activities were also featured in the Canadian Heroes. Also a “Fellow Members” page appeared in Canadian Heroes in which drawings of members plus their names and addresses were featured. Clearly this club went beyond the simple dictates of business. It was obviously part of Halperin’s objective to guide children to be good citizens through education and to create bonds among like minded individuals.

The “Canada Jack Club” is a voluntary means whereby young Canadian boys and girls, whether they belong to the Scouts or the Guides or the Junior Red Cross, or whether they live in isolated country areas where the child population is too small for such organized groups, it is for all young Canadians, no matter where they live, who want to get together and “do things” for the war effort.

YOU will decide what you want to do – have a circus and raise money for war savings certificates, collect salvage in your district, run errands for the Red Cross, pick up books and magazines for the armed forces, or whatever else YOU think you should do. If YOU want the aid or assistance of the Editors of CANADIAN HEROES you may fell free to write us whenever you wish – we will always be happy to hear from you and co-operate with you in your activities.

Get your friends together and join the “Canada Jack Club” today.”

Each member got a membership card, badge and secret code book with which he or she could read secret coded messages in Canadian Heroes. Each member could share in club activities and were invited to send in accounts of services performed. If their service was selected for publication they were made an “Honour Member” and given a “Certificate of Merit”. 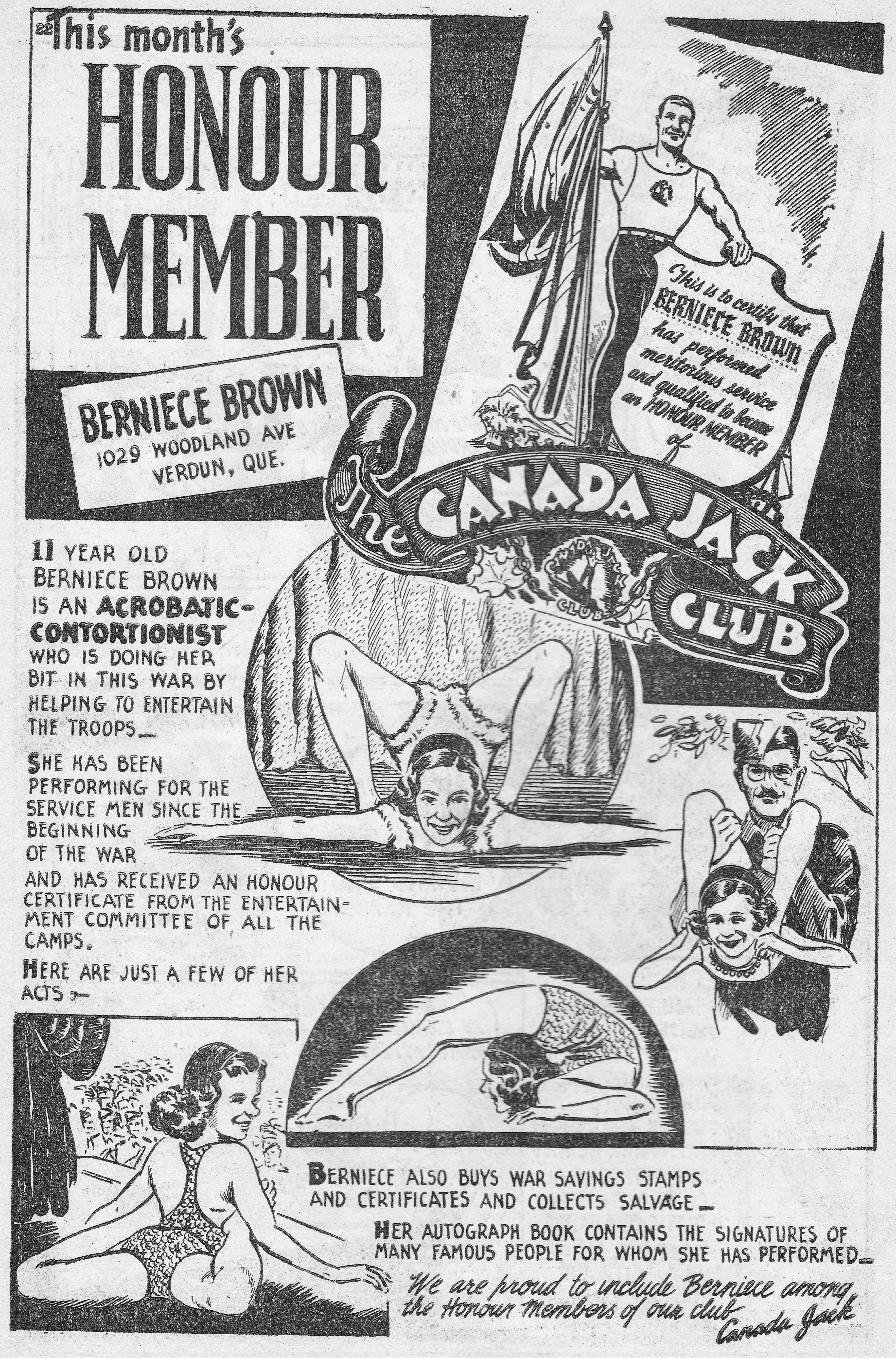 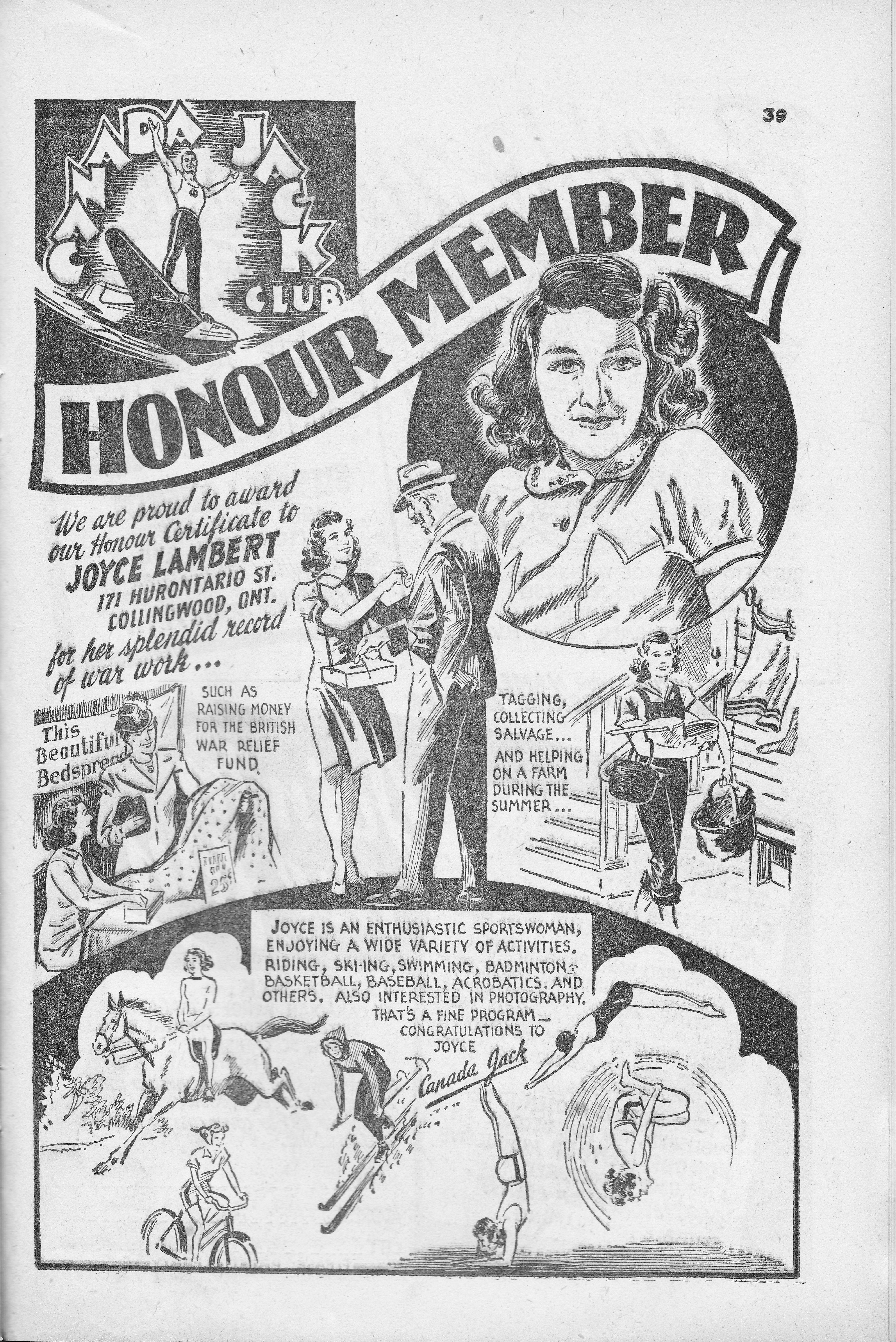 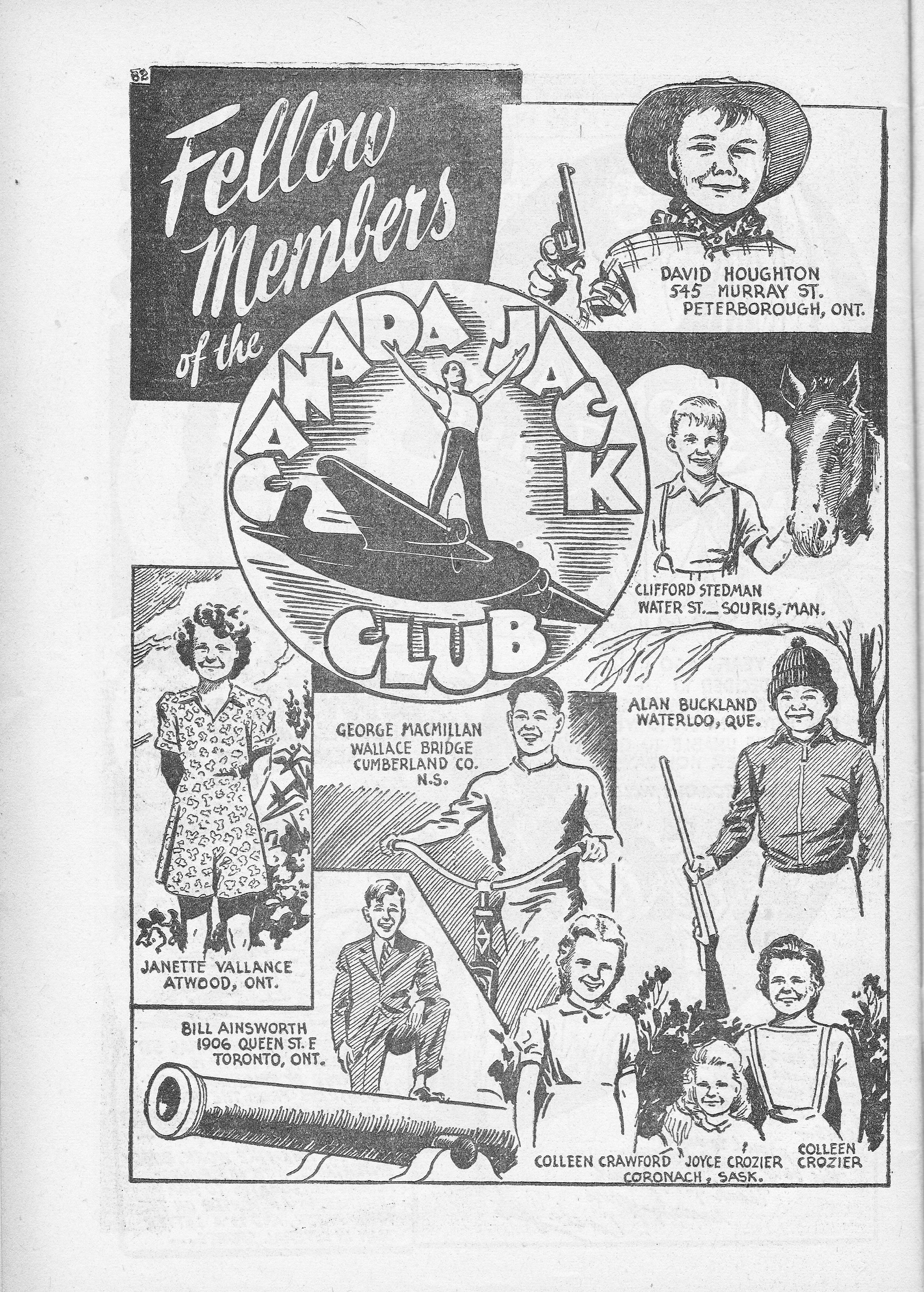