Also called “Jacques de Canada”, his non-hero name is Jacques Levesque. He seems to have been created by Bevan Thomas, who closely associates him with the World War 2 hero “Canada Jack” who appeared in Canadian Heroes. His “Canada Jacques Club” is a reflection of the 1940’s “Canada Jack Club” although it devotes itself to social activism while the “Canada Jack Club” devoted itself to combating enemy agents..

This gay, Metis, crossdresser, as a youngster, read the exploits of “Canada Jack” and was inspired by them He went to McGill University and studied social justice. He competed in gymnastics and became an Olympic athlete. He practiced martial arts and became a master of Okichitaw*. Although an occasional vigilante, he is mainly a social activist focusing his acts of charity through his “Canada Jacques Club”.

It appears this feature was intended to be a serial.

*“Okichitaw”is an actual marital arts technique developed in 1997 by Canadian martial arts professional George J. Lepin. It is based on the fighting practises of the Plains Cree. The school is located in Toronto. 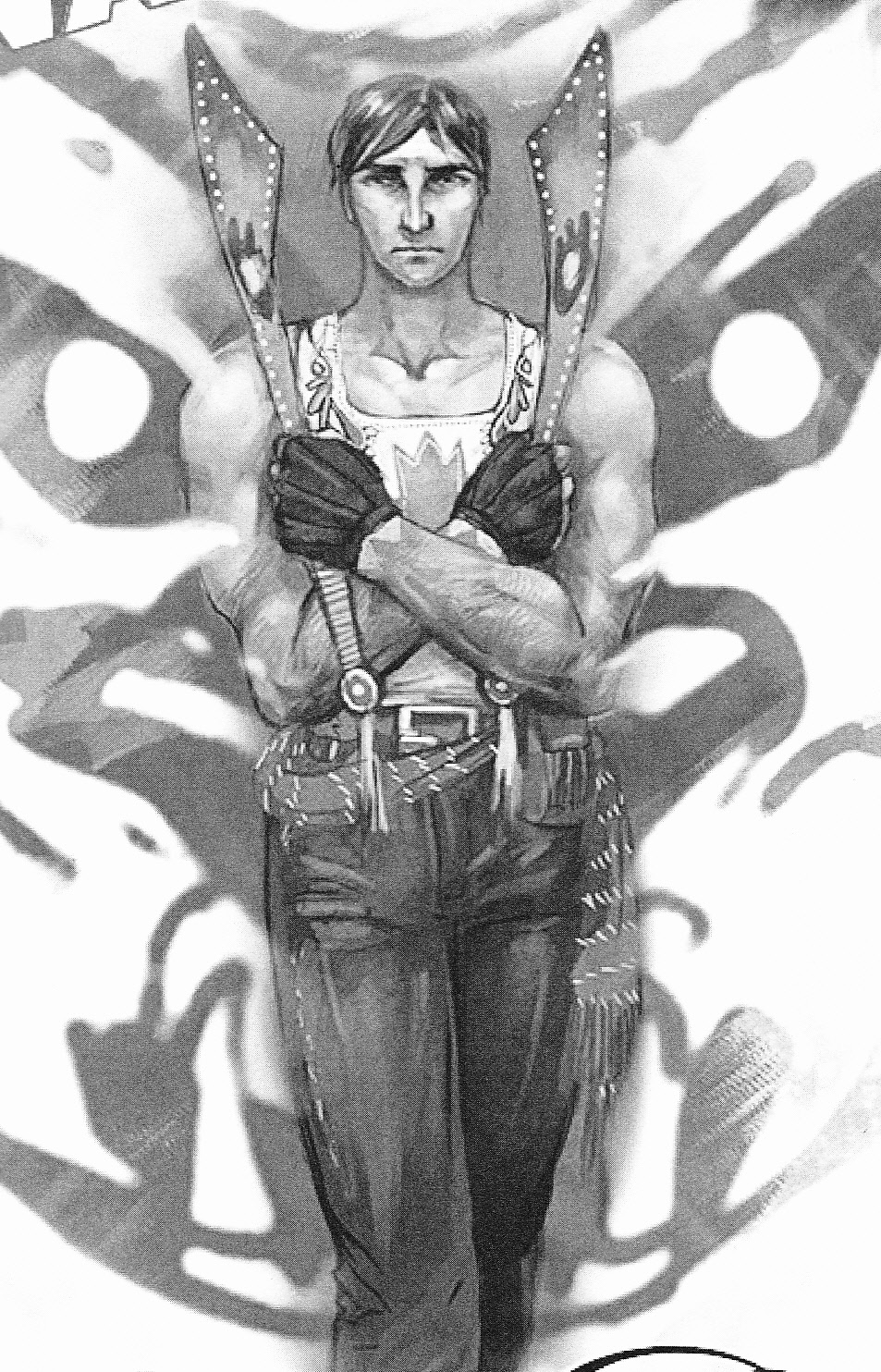