“Dominion Jack” is another in a long line of “Jacks” and “Johnnys” that go back to “Jack Canuck” who first appeared just after Confederation. See JACK CANUCK, CANADA JACK, JOHNNY CANUCK, MONTY AND JOHNNY and CANADA JACQUES.

This character who was created by Jack Briglio and Ronald Salas in 2013, bears a number of similarities to his predecessor “Canada Jack”. The name for “Canada” before it was shortened was “The Dominion of Canada”. Like “Canada Jack”, “Dominion Jack” is closely linked with youth. “Canada Jack” was the leader of a fictional “Canada Jack Club” whose members aided him in capturing spies and criminals. This club was reflected in an actual “Canada Jack Club” in which our hero admonished his youthful members to support the war effort through various projects. “Dominion Jack” has a daughter “Jess” who like him has the power to tap into other individual’s talents in order to enhance their own abilities.

The first story, which is told largely from “Jess’s” viewpoint principally involves interaction between father and daughter as he tries to teach her responsible use of their mutual talent. She in turn argues for more recognizable costumes and hates the name “Dominion Girl” which has been given to her “. In the end they learn to operate as a team to defeat “Kid Control” who it turns out has a mother called “Takeover” a villain “Dominion Jack” has fought before. The conclusion also brings new costumes for both of them and a new name “Mash-up” for Jess.

The second story reflects the changing nature of Canada. Whereas “Canada Jack’s” ancestry is British, a flashback reveals that “Dominion Jack’s” grandfather was during World War Two an Italian resistance fighter called “Il Partigiano”. The story emphasizes it is more important to save lives than to defeat villains. 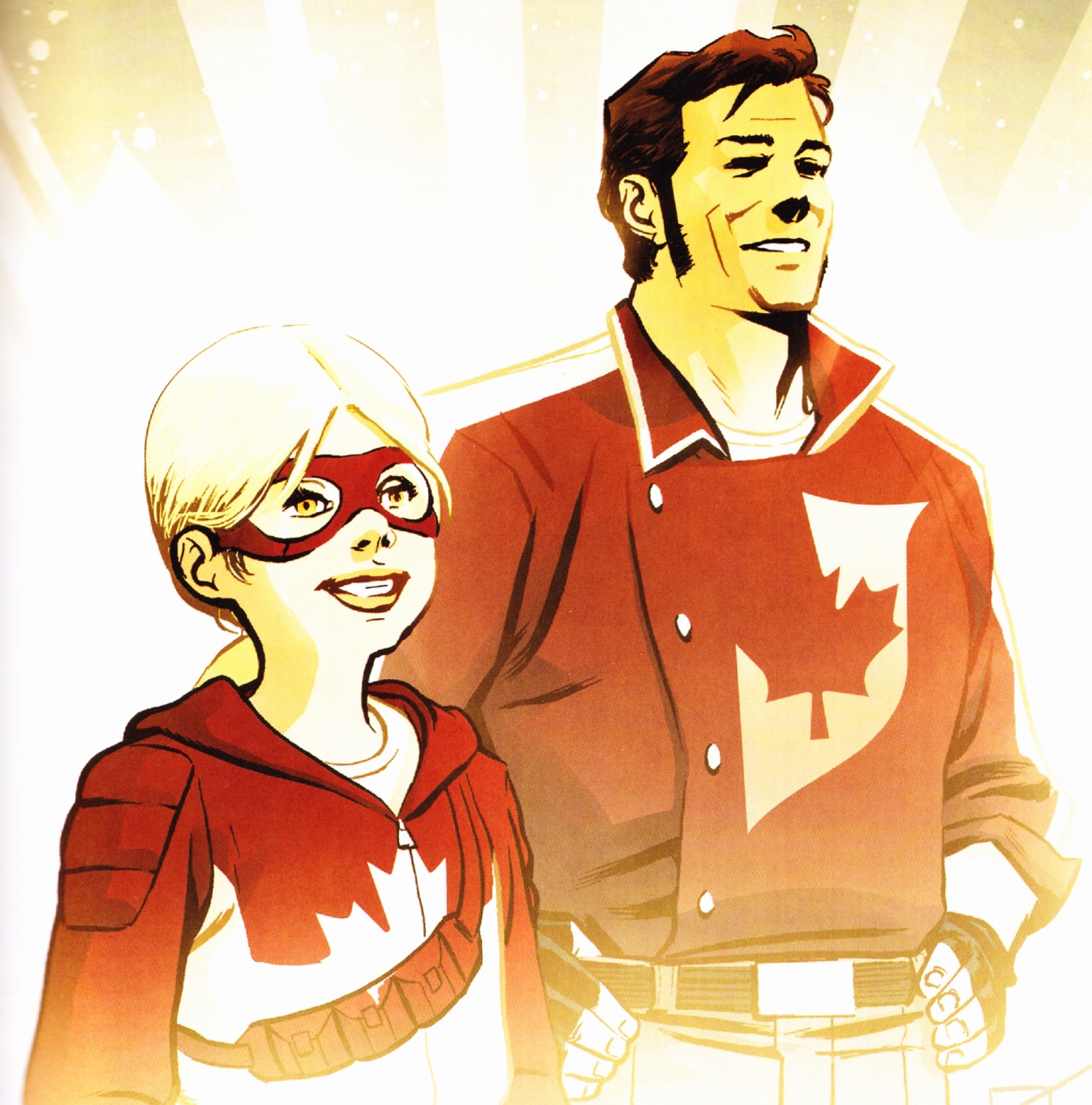