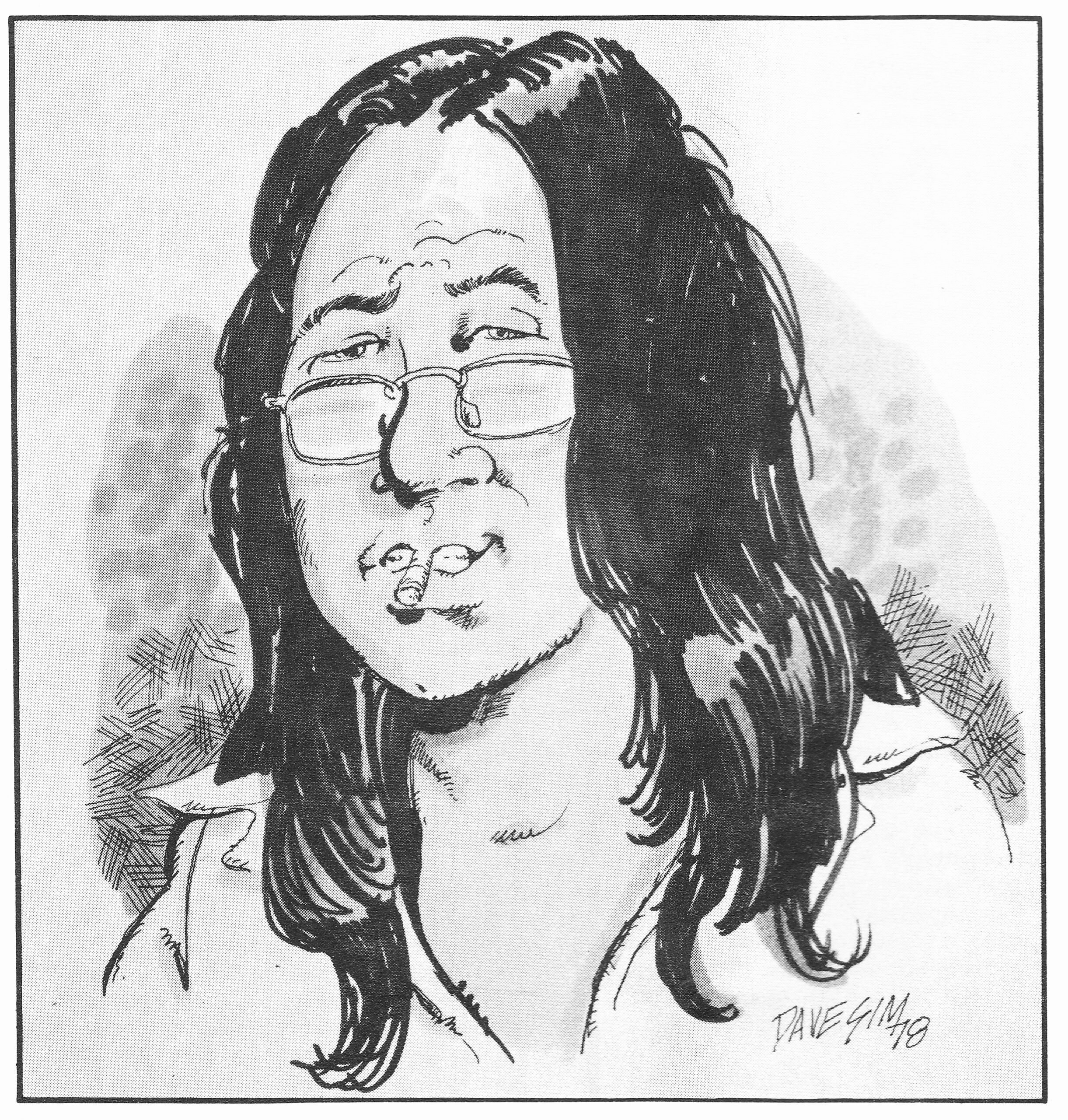 Gene Day was an outstanding figure among a group of talented southern Ontario cartoonists who emerged in the 1970’s, until his sudden death in 1982 ended an achievement filled career only 8 years old.

Born in August 13, 1951 in Kingston Ontario he was writer, editor, publisher and self-taught artist. He and his brothers Dan and Dave operated what can be best described a guild in which he functioned as the master and his brothers as the apprentices. He was part of the cartoon revival of the 1970’s and 1980’s and as can be seen below was involved in many projects with other pioneers such as Mark Shainblum and Gabriel Morrissette of Montréal, Gordon Derry, Dennis Beauvais and Barry Blair of Ottawa, Dave Sim of Kitchener James Waley and the Orb group of Toronto. His influence extended beyond his untimely death. Deni Loubert published two posthumous magazines Eugene Day’s Black Zeppelin, and Day Brothers Present containing work done and inspired by him.

In 1973 he also began a small publishing company HED Books of Canada which he shortly renamed Shadow Press. Through it he launched Dark Fantasy, a small fantasy magazine to which he would continue to edit, publish and contribute until his death. This company was also responsible for the short-lived (2 issues) mini comic book Out of the Depths which began in 1974 and featured work by Dave Sim and Day himself and for the booklet Dreaming as the Summers Die in which Day illustrated poems by Lewis Carroll and the book All Things Dark and Dangerous (1979) a collection of Day’s illustrations.

In the spring of 1974 he organized House of Shadows Art Studio. Shortly after, he landed a contract with Skywald Publications, (1970 to 1975), an American Co. that produced black and white cartoon magazines mostly in the horror genre. He created illustrations for their magazines Psycho, Nightmare and Scream. At the same time in conjunction with the Ontario Weekly Newspapers Association he began a short-lived syndicate consisting of five comic strips.

He was a regular in Orb (1974 – 1976) and contributed his first attempt at colour: “The Horror of Harrow House” to Orb 1-4 November-December 1975. He worked with Dave Sim on a single issue comic Oktoberfest (1976). In 1978 he was contributing to both of Star Reach productions titles Star Reach and Imagine. He was doing all of this while at the same time continuing to produce his own Dark Fantasy magazine and the booklet Dreaming as the Summers Die..

He won the Best Professional Artist Awards of Fanco 1975, and NASFACON 1978: the Best Professional Black and White Artist at Summercon 1977 all in Toronto. In the commercial art field, he won an award for two safety program films for Steel Co. of Canada. The films combined still slides and live action footage. A measure of his popularity can be seen in the creation of Gene Day Fan Club organized in Nappanee in 1977.

In 1978 Day, inspired by the success of Sim’s Cerebus, returned to the idea of producing a comic book. He had previously published the mini comic called Out of the Depths. Black Zeppelin was to be an anthology composed of the various genres: science fiction, fantasy, horror, war etc. By the middle of 1979, it was ready to be published with a release date of December and distribution by Dave Sim’s and Deni Loubert’s Aardvark-Vanaheim Press. Then problems arose and Black Zeppelin had to be postponed. Part of the reason for the suspension was that in 1980 Day was contracted by the Marvel Comics Group. He began by co- illustrating Master of Kung Fu issue 95 (December 1980). From issue 102 (1981) he was producing the covers and doing both pencils and inks for the stories. With few breaks he continued this contribution until his death. He also worked on the Star Wars title a cartoon series licensed from the movie.

He died suddenly on October 1982 in his sleep of a heart attack.

After Day died suddenly, Black Zeppelin lay on the shelf till the summer of 1984 when it was revived with Day’s widow Gale Day and Joe Erslavas as editors , and Deni Loubert publisher through Renegade Press as. It ran for five issues containing earlier stories and art from Gene and stories and art from his brothers Dan and David plus contributions from Dave Sim, Mark Shainblum, Gabriel Morrisette and others.

His range was astonishing. For main stream publishing his cartooning and illustrating ranged across editorial and comic strip cartooning and illustrations for sex, education, fashion, college and war magazines. He had even dabbled in film and video war games. In cartoon magazines he ranged across war, horror, fantasy and science fiction in addition to his work on the hero publications of Marvel and DC. It seemed there was no subject or medium that lent itself to cartooning or illustration that Day wouldn’t try his hand at it. Day himself summed it up in an interview he did for Borealis when he said that art was and remained his “first and only want-lust-desire whatever you want to term it.”

He was influenced by the EC war and horror line of the fifties and the Warren line of the sixties as well as artists like Steranko, Freas, Wrightson. Archie Goodwin said of his work: “… most of this early work ably reflects two of Gene’s strongest points his powerful and dramatic use of blacks in his rendering, and his constant experimentation with page design and storytelling breakdowns.”

All Things Dark and Dangerous: The Art of Gene Day, 1979: “An Introduction to an Artist.” 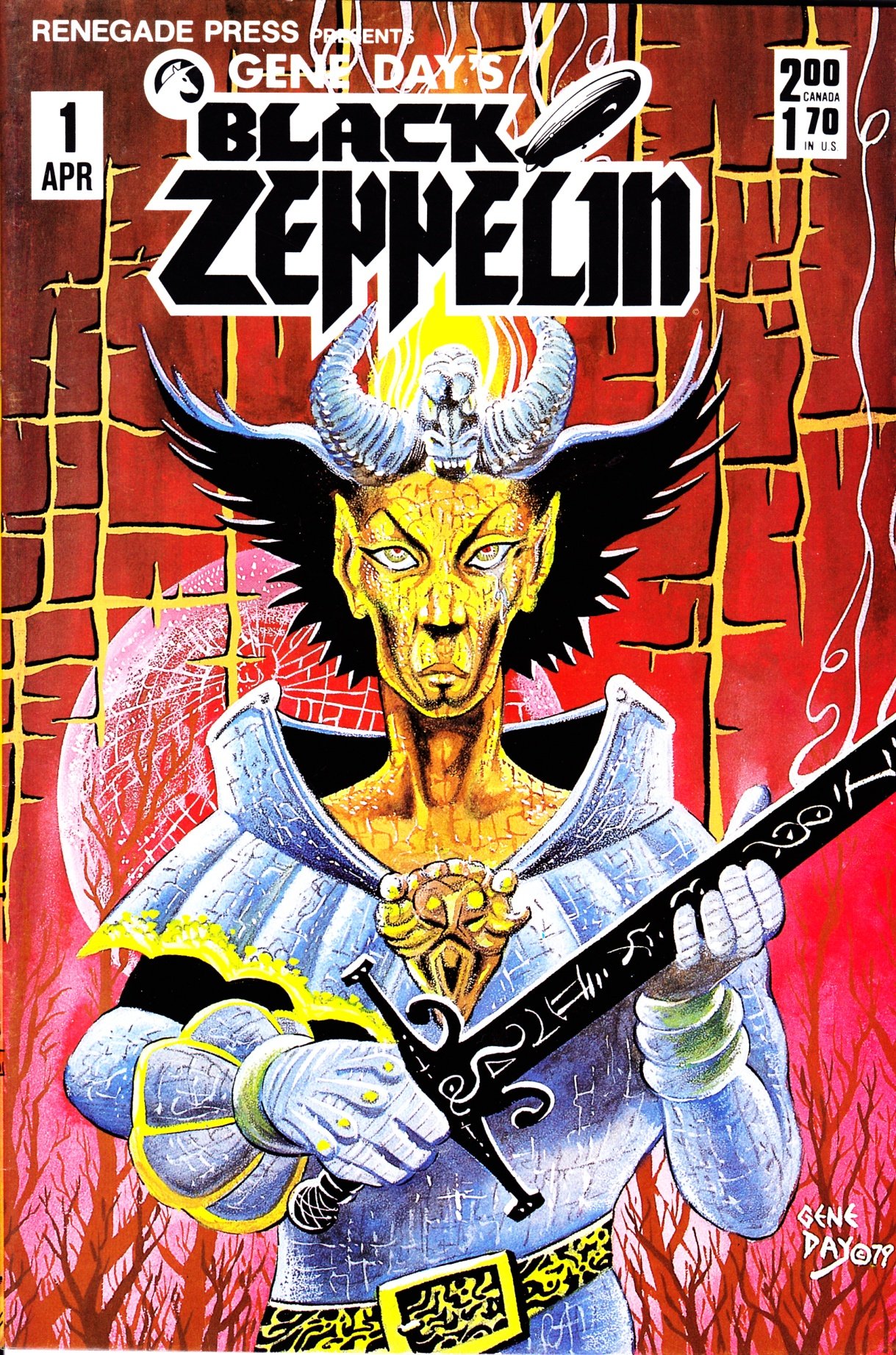 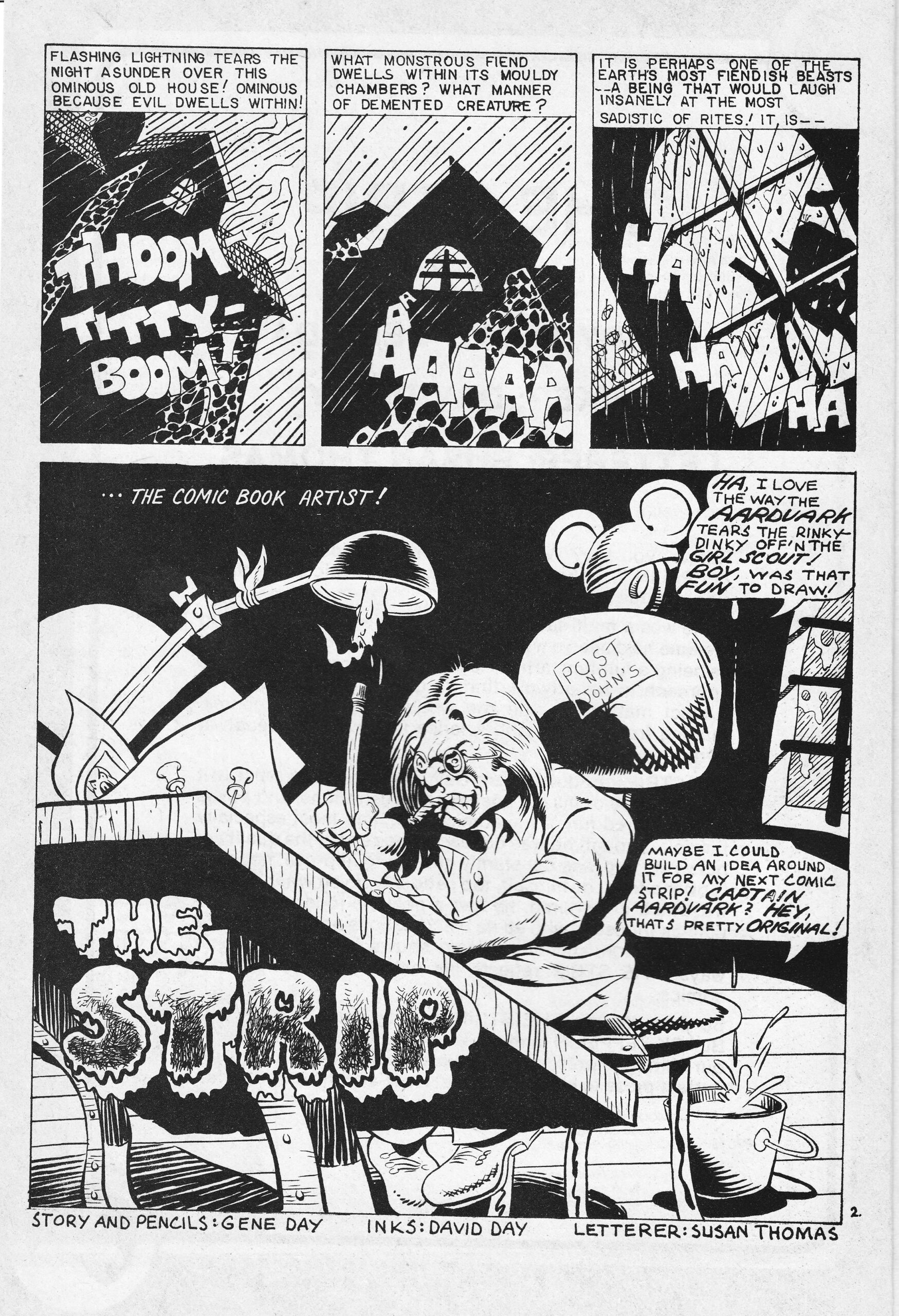 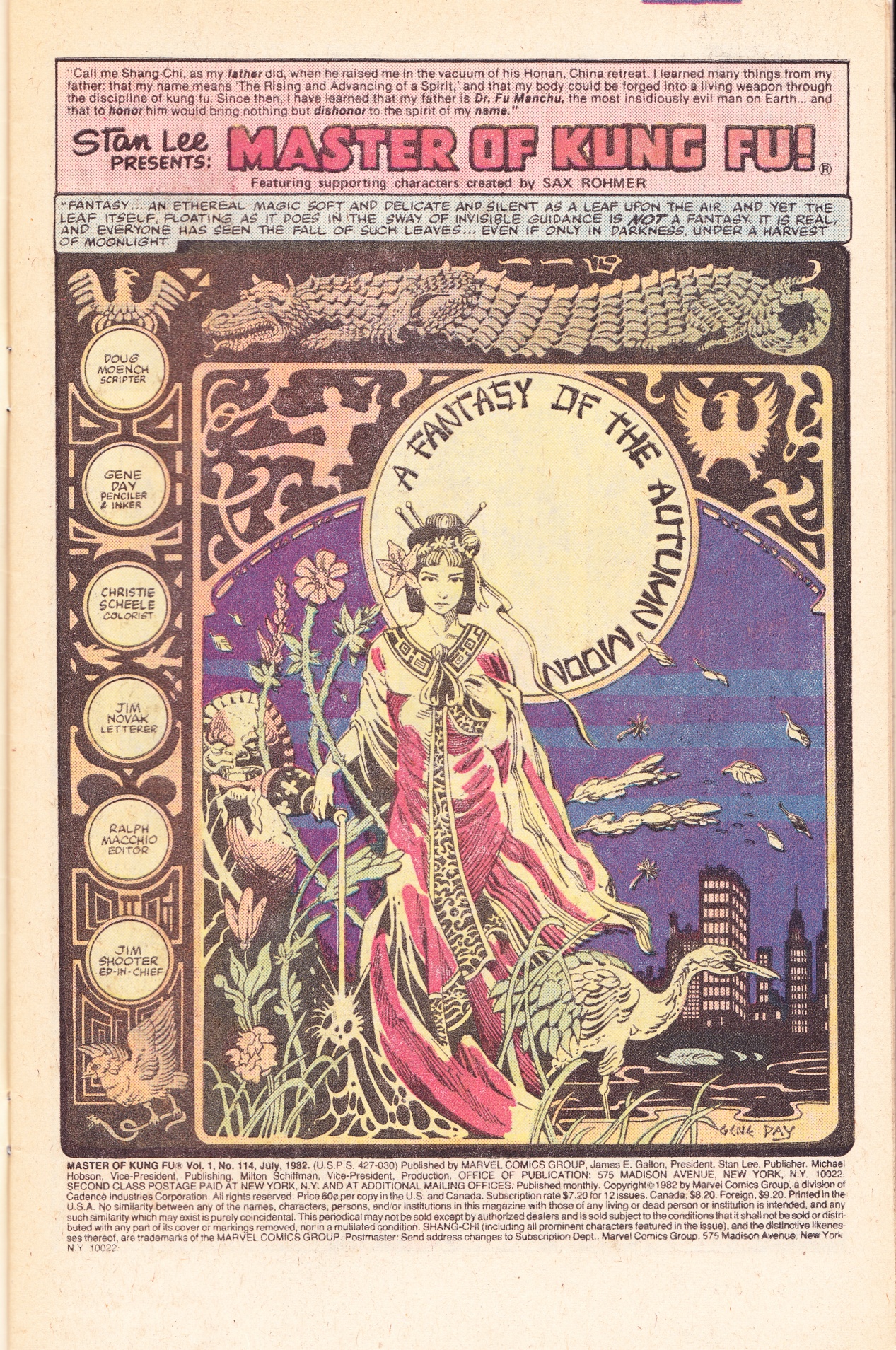 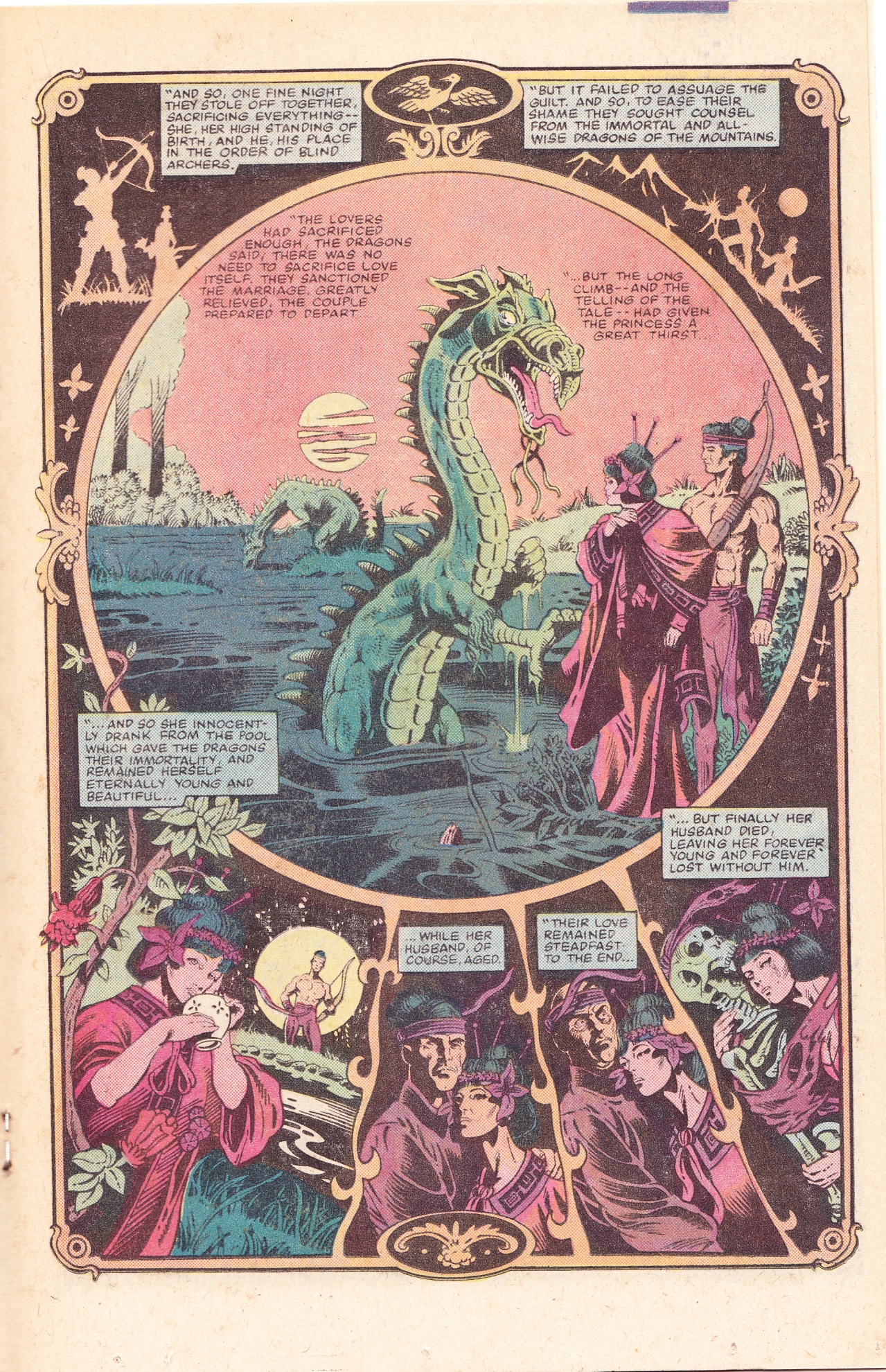 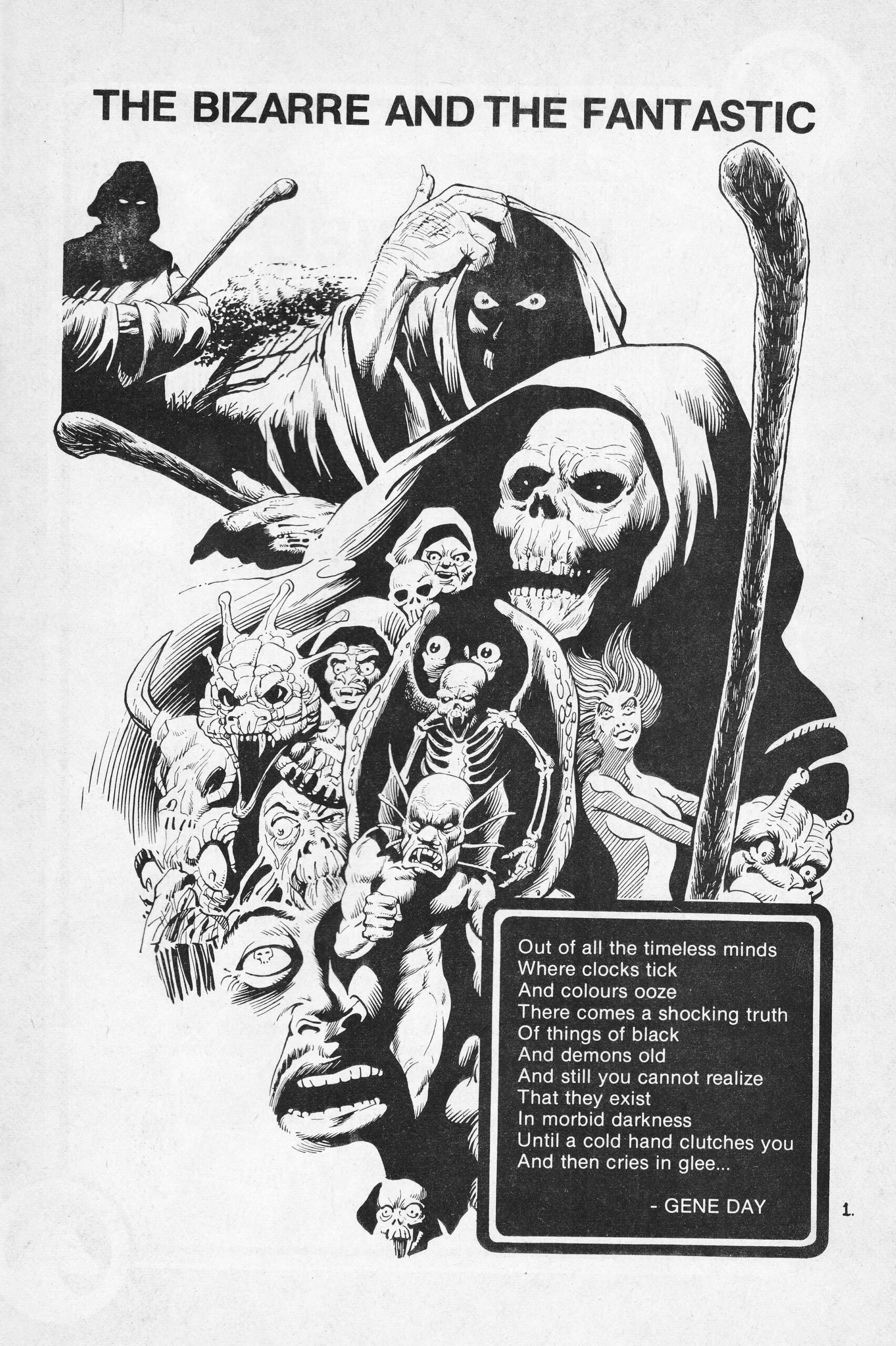