This pilot in the Royal Air Force was created by Al Cooper and first appeared in Maple Leaf publication Better Comics 1-3, May 1941, as a three-panel cartoon on the “Prize Winning Cartoons” page before it became a regular in Bell Features publication Dime Comics beginning in issue 1, February 1942. . He is alternately called “Kenneth Scotty McDonald” or “Scotty McDonald”. His adventures begin in Britain but by issue 3 he is flying to Hong Kong. From this point on his adventures are in the South Pacific fighting the Japanese and he is usually associated with the Americans. This is another serial like “Clift Steele” where Al used his skill in drawing military equipment to advantage. It also appears that even after joining the R.C.A.F. and being stationed in Uplands Ottawa, he continued to cartoon this serial along with “Captain Red Thortan” while dropping “Clift Steele” and “Young Commandos”. After he was transferred to England, he left this serial and “Captain Red Thortan”. The latter serial was continued by Fred Kelly. 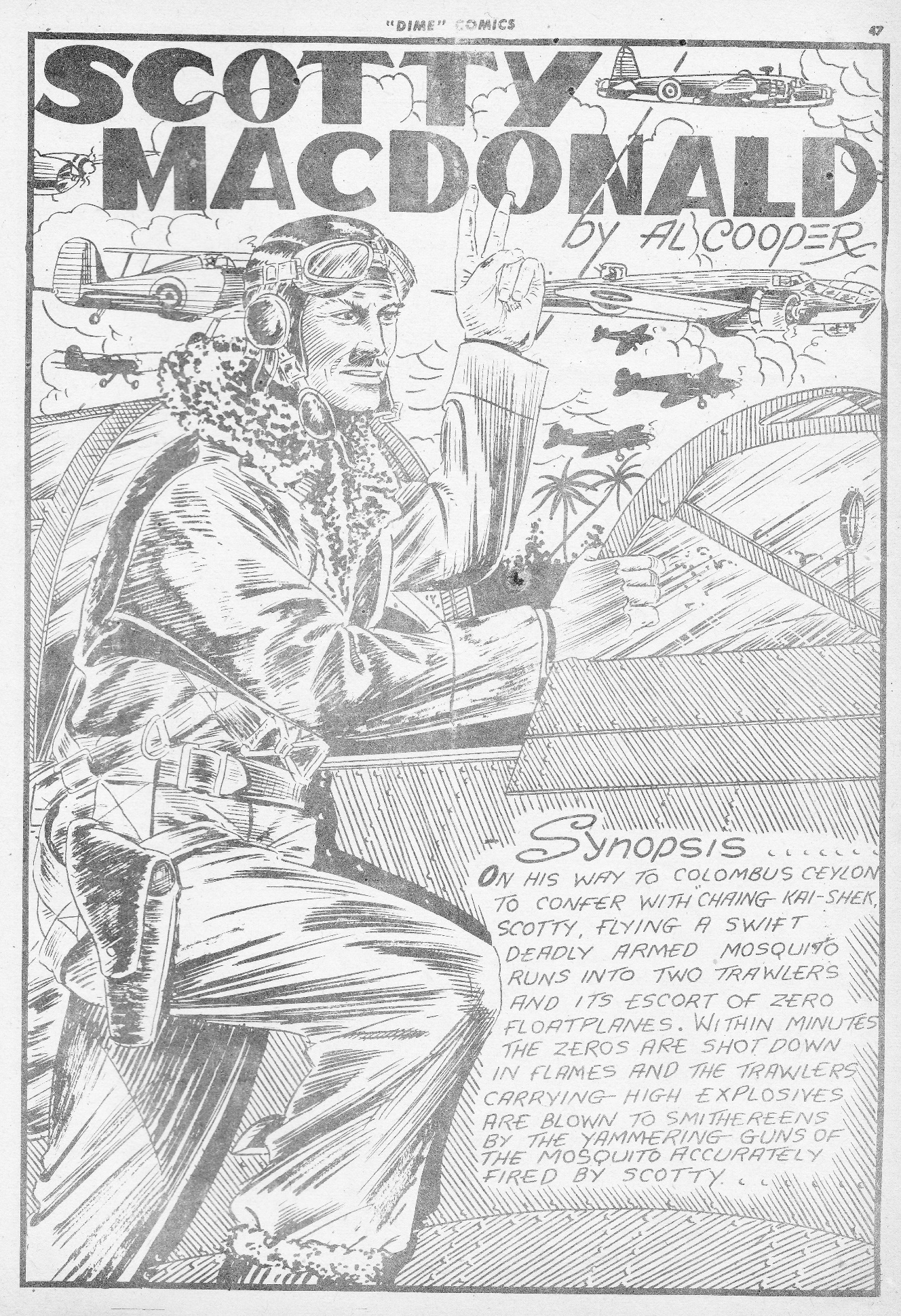 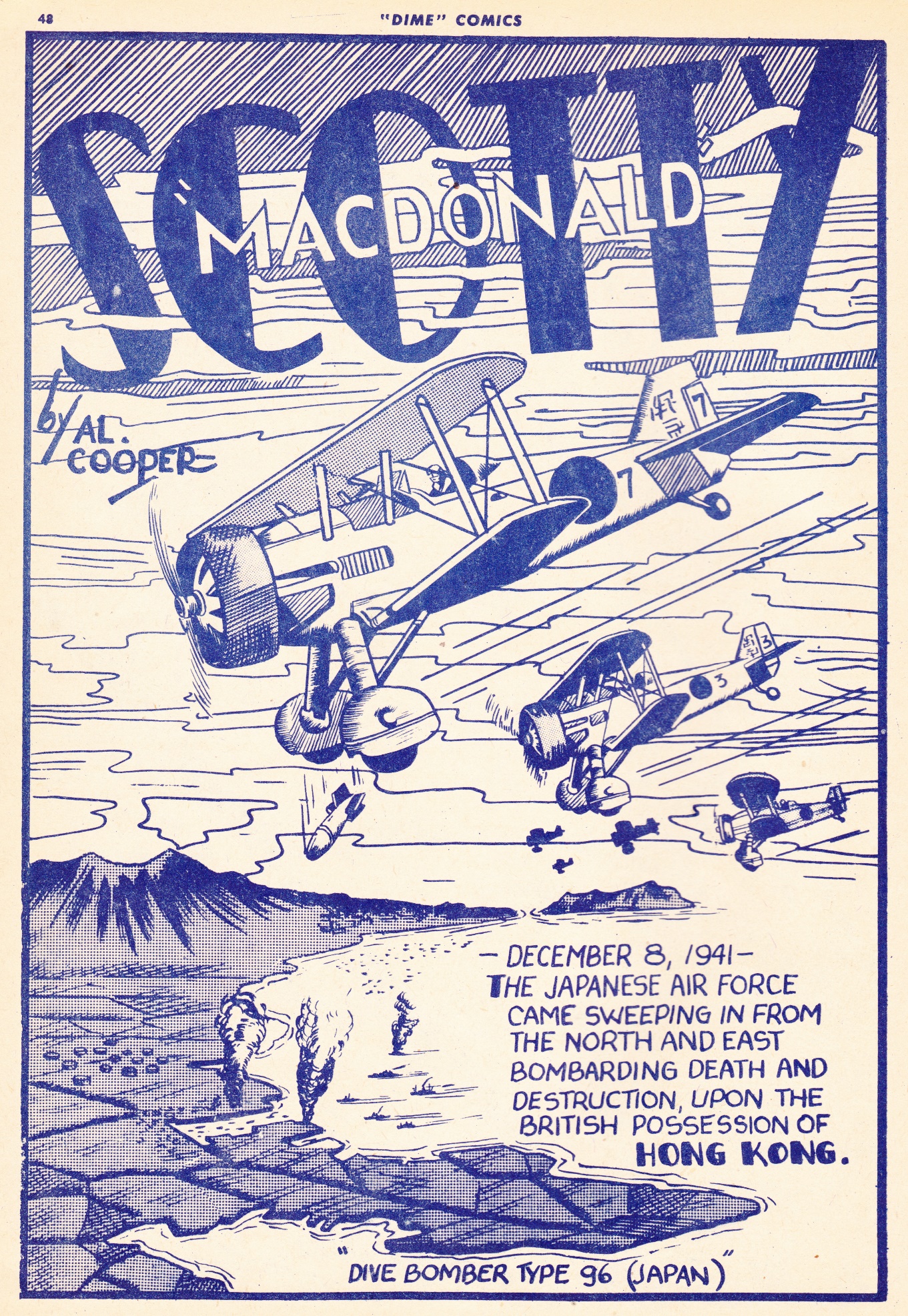 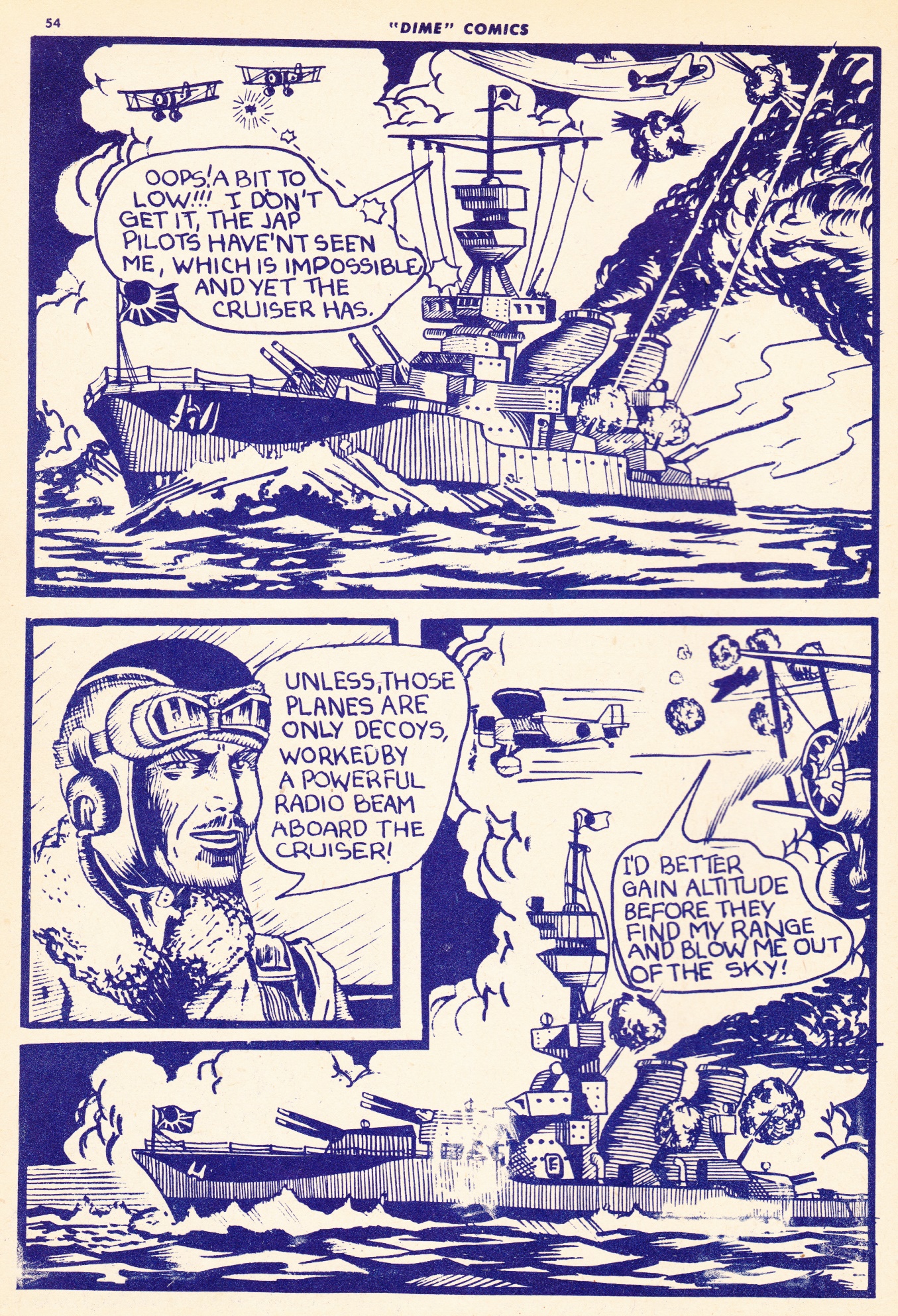