Created by Al Cooper, Clift Steele is the commander of the “Freedom Sub” which contains an aircraft called an autogiro being a combination helicopter and conventional aircraft. In this way Al had plenty of opportunity to draw both air and sea battles and so use his talent for drawing military equipment to the maximum.. Steele’s second in commander or close partner is Will Saakel a nod to fellow cartoonist Ross Saakel.

The serial initially occurs in the Atlantic involving Germans but by issue 12 it is in the South Pacific with Steele and company fighting the Japanese. The other change is that Adrian Dingle (Darian) has taken over the cartooning chores. It would be about this time that Al was with the R.C.A.F. stationed at Uplands, Ottawa. The stories were shortened considerably probably due to Dingle’s workload and the human interaction increased.  Issue 17 may have carried the last story of this serial as it did not appear in issue 18 and Commando Comics ended only 5 issues later probably as a result of the end of World War 2. Issue 18 itself was a potpourri of features suggesting a lack of direction or a problem with finding material for it. 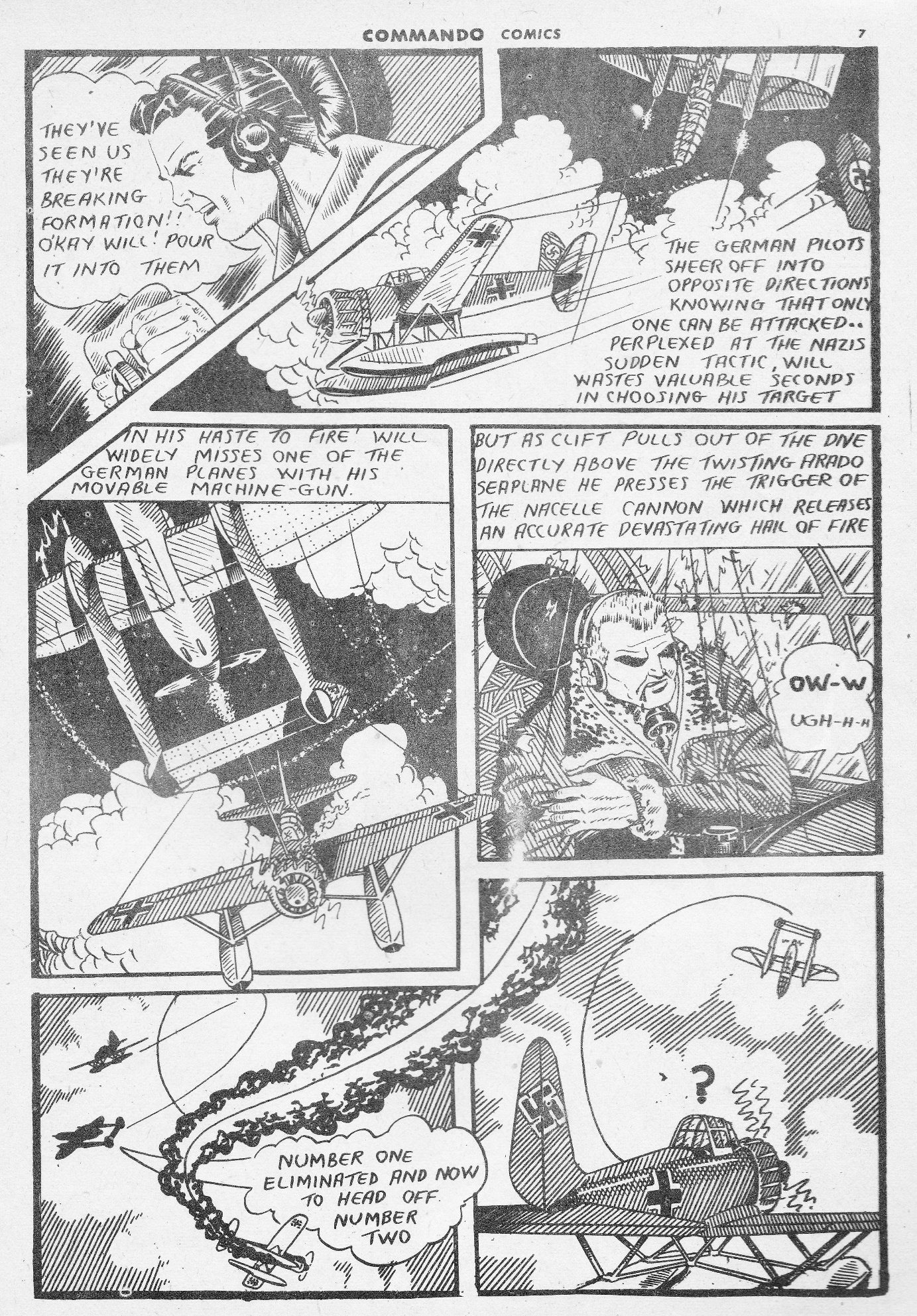