“The Young Commandos” was initially cartooned by Mel Crawford in Commandos Comics issue 1. He was followed by Don McKague for issue 2 and finally settled down to Al Cooper on issue 3. Cooper stayed with the serial till he enlisted in the R.C.A.F. and was stationed at Uplands in Ottawa. Jerry Lazare took over cartooning duties and probably remained with it till the serial ended.

‘The Young Commandos’ who were principally “Captain Reddy”, “Chuck (Porky) Gordon” and Sergeant Mike Dutton, operated in the European theatre combatting Germans. In issues 4 and 5 they rescued a British official and a Russian Officer from the Germans in Norway. In issues 12 and 14 they were in France and Germany. In issue 16 the serial line wandered away from “The Young Commandos” and instead told a story about two brothers in the R.A.F. in China.

In issue 17 we are back to “The Young Commandos” who change their theatre of operations from Europe to the Pacific. They have been honourably discharged but discover that a British intelligence officer, a former friend of “Captain Reddy” had been captured by the Japanese. “Captain Reddy” with “Dutton” and “Porky” arrange with the army to go and rescue him. This change of location supports the calculation that issue 17 was released June 1945 since the Germans surrendered in May 1945. Another new element is the introduction of civilians into the team. Two teenagers “Red” and “Prudy”, in order to get autographs from the “Captain Reddy” and company stow away on the aircraft taking “The Young Commandos” on their rescue mission. Was the introduction of civilians an attempt to move the serial away from its strictly war theme? This story arc was still unfinished in issue 18 and is said to have still been going in issue 20 under the title “Ruff and Reddy”.

In any case, the war in the Pacific ended August 1945 when Japan surrendered, and Commando Comics lost the last reason for its existence. It ended with issue 22 which is calculated to have appeared December 1945. 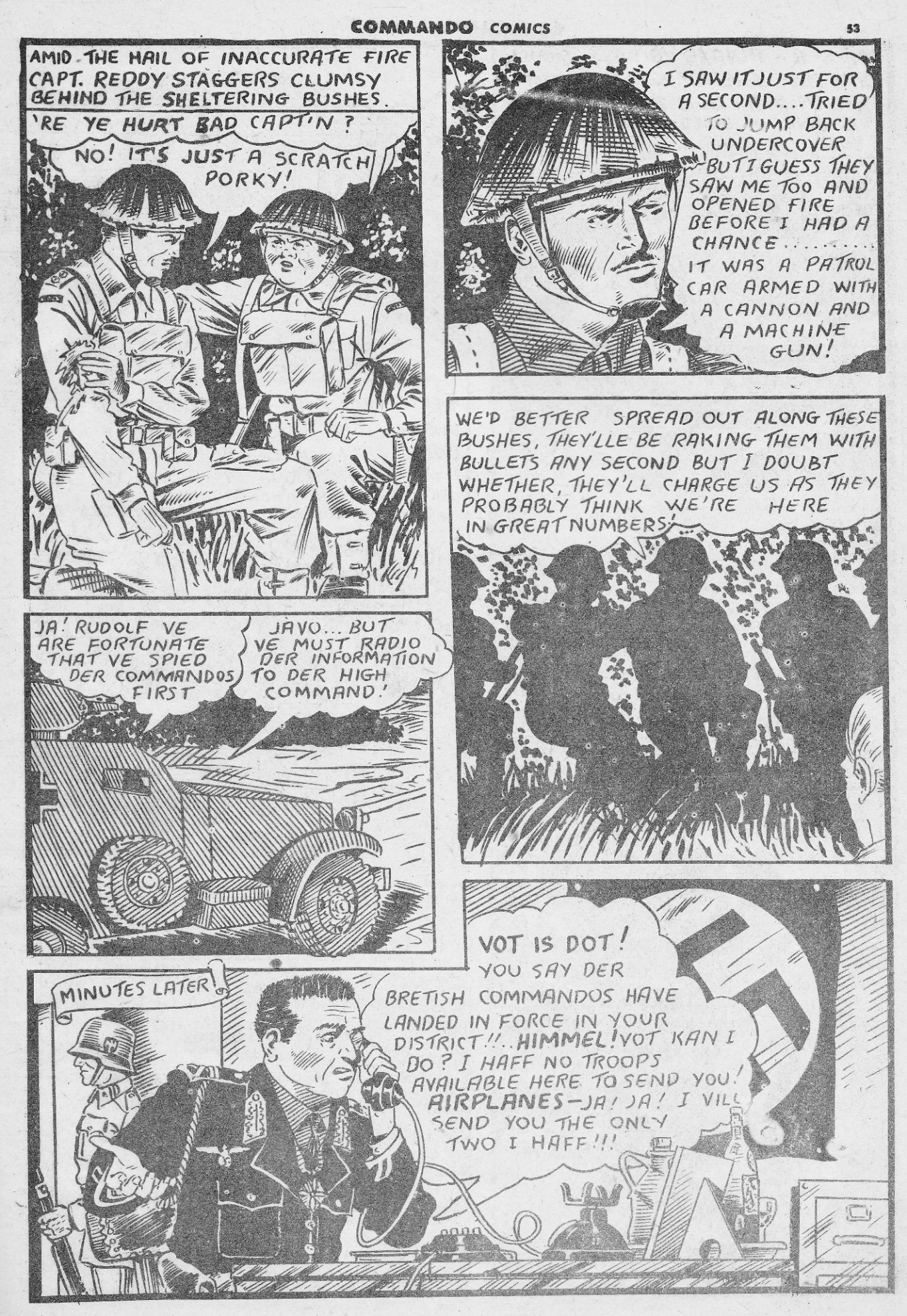 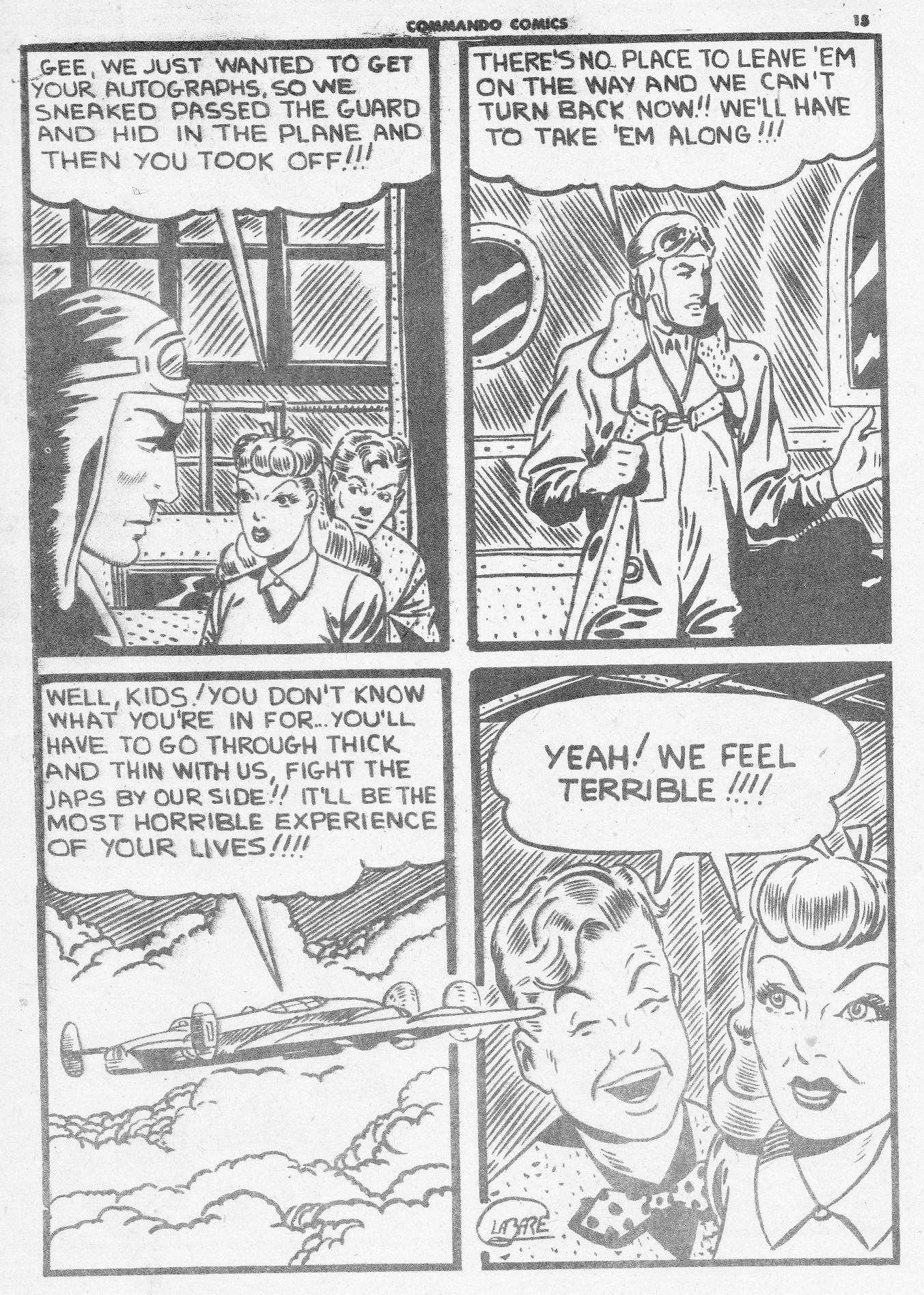