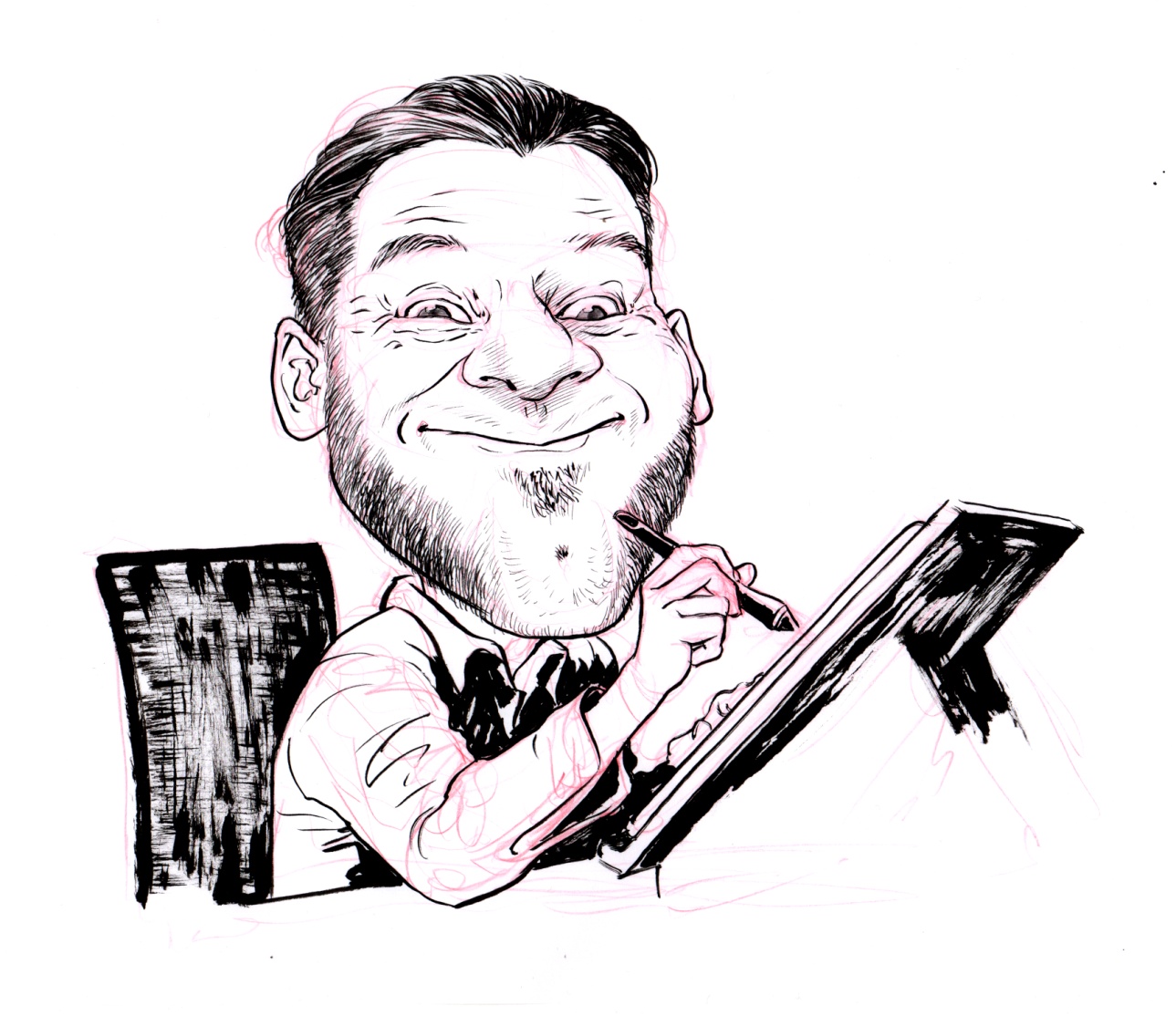 Max’s biggest influence has been his family. His mother is Arna Selznick, his father Lionel Douglas (1944-1979) was a poet and photographer and his step father is John van Bruggen.

Although he studied art at Wexford Collegiate Institute now called Wexford Collegiate School For The Arts (Toronto) from 1985 to 1987 he is mostly self taught starting to freelance in his late teens with help from mentors like Ron Sutton and Ty Templeton. While still in high school 1985/86, he began the project “Matrix” which was a story about man-made mutants. After leaving high school, he finished and published it as a fanzine sold in Toronto comic shops then he dropped the idea. “A formative learning project, I came to recognize was not really what I wanted to do.” he has since commented.

By age 21 he was working full time as an artist working on various projects. He did a two month stint November to December in 1990 at Works of Imagination designing mutants and aliens for B movies and he initiated his first two published projects which appeared in 1991. He participated with Al Roy illustrating the story “Captain Censor vs. Dr. Goingtoofar” in True North II published by Derek McCulloch’s Comic Legends Legal Defense Fund and again with writer Al Roy, he co-created the series Nature of the Beast and illustrated the first two and a half issues. Half way through the third issue, he was faced with a choice between continuing with a paying project or following his own principals. He ended his participation in the project when he refused to illustrate misogynic violence written into the last half of issue 3. Meanwhile, in April 1991, he did an apprenticeship with Dave Ross on Cloak & Dagger, 3-18, June 1991. Following his work with Dave, he returned, from August to September of the same year. to designing creatures and drawing illustrations for the role playing game Mutation.

His first job in mainstream comics came from Marvel Comics where he was asked to ink pencils for “Circle of Vengeance part 3”in Clive Barker’s Night Breed 1-20, October 1992. Max later stated, “It was the fastest I ever drew, I think I did 19 full size … pages of art in 10 days.” The editors were impressed enough to have him illustrate “The One That Got Away” which appeared in Night Breed 1-23, January1993. He was then asked to join the team producing “Saint Sinner” the flag ship of four interconnected series in Clive Barker’s Razorline a sub imprint of Marvel Comics. He illustrated issues 1, October 1993 to 4, January 1994 and inked issue 5, February 1994.

A job with DC Comics followed in August 1994. He inked a black and white ten page “Bloodwynd” story ‘Hero of Choice’ that appeared in Showcase’94, 5, May 1994. About the same time he illustrated “Song of the Blood Opal” for Doctor Strange Sorcerer Supreme, 63, March 1994. He worked on short projects like an Elaine Lee story “ Another Sleepless Night” in Skin Tight Orbit (1995) , a “Spiderman” story “Behind The Eight Ball” in the anthology 2099Unlimited # 8, April 1995, and illustration work for Byron Press Multimedia (1996 to 1999).

After about 1996 Max began using the nom de plume “Salgood Sam”, and shortly after that in 1997, he moved to Montréal. There, he became involved in a DC Comics/Paradox Press project “The Big Book Of…” series for which he illustrated five features in four books. Remaining with DC he illustrated his first novella “Wonder Woman vs. the Red Menace”, Realworlds: Wonder Woman April 2000. At this point Max is signing as Salgood Sam.

In 2001, he founded Spilt Ink a company to publish both digital and print copies of his personal projects and some reprints of stories he had done for clients. Many of these efforts, he published in the Revolver Quarterly volumes 0 & 1, the last appearing in 2019. They have since been reprinted.

He founded SEQUENTIAL: Canadian Comics News and Culture Since 2002. a can-con comics news site. To quote its objective: “This blog exists to give Canadian creators and publishers a stronger voice in the north american market.” It was originally launched August 2001 as the news page of the Monthly Montreal Comix Jams (MMCJ’s) where Max was a host. It was revamped and assumed its present form by December 2002. SEQUENTIAL is a nonprofit site run by volunteers. Special print editions of it were published for the Toronto Comic Arts Festivals in 2009, 2010, and 2011. In 2019, there has been a relaunch of the magazine producing digital and print on demand issues.

While handling SEQUENTIAL he teamed up with Toronto scifi novelist Jim Munroe to create the graphic novel Therefore Repent published in 2007. It explored the Christian concept of “The Rapture” which occurs during an eschatology. It was both a critical and commercial success.

For the Ghostbusters Holiday Special: Tainted Love (February 2010), Salgood Sam as illustrator teamed up with friend Bernie Mireault as colourist.

In 2014, under his Split Ink imprint he published the first volume of Dream Life A Late Coming Of Age novel. A second volume is in the works. In the same year he began a project with American writer, Mark Sable which imagined the life of Vlad Tepes from just before he was born to his appearance in Bram Stoker’s novel. The first part of the story, up to his coming of age, would finally be collected and published by Mark through ComiXology as Dracula: Son of Dragon in 2019.

In 2018 he entered a new field when he was hired by Centre integer universitaire de santé et de services sociaux de l’Est-de-l’Île-de Montréal to illustrate interviews with caregivers about the highs and lows of working with the elderly and infirm. The resulting cartoons were collected in two booklets L’Art Quotidien Des Details and A Daily Art In The Details which can be a downloaded free to anyone. 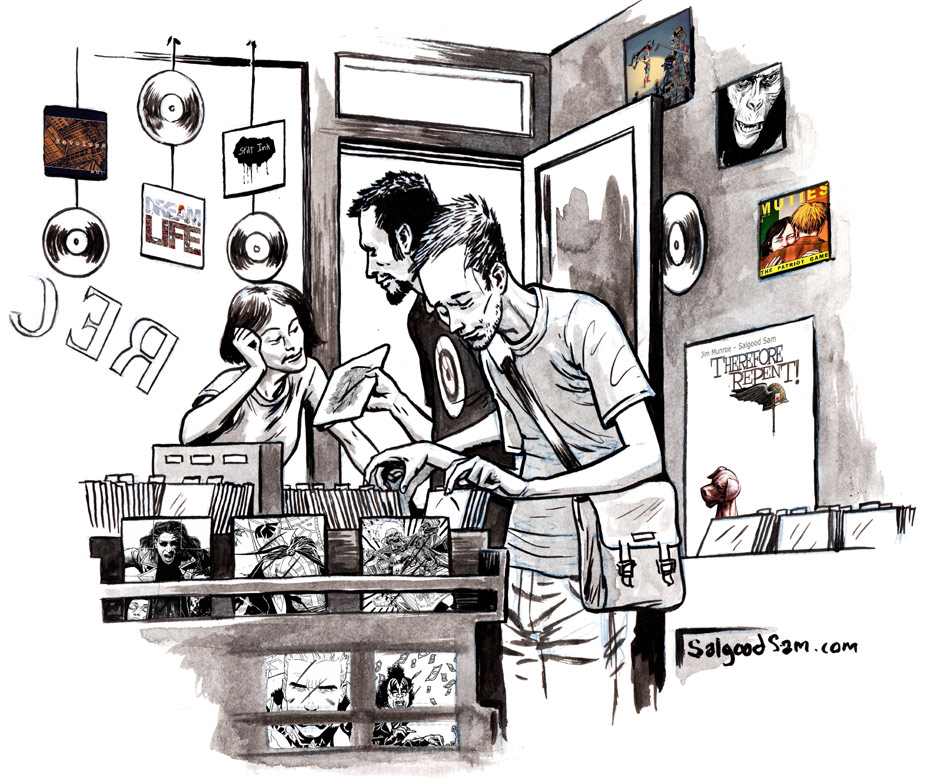 Image from email Salgood Sam to Robert MacMillan 3 May 2020. 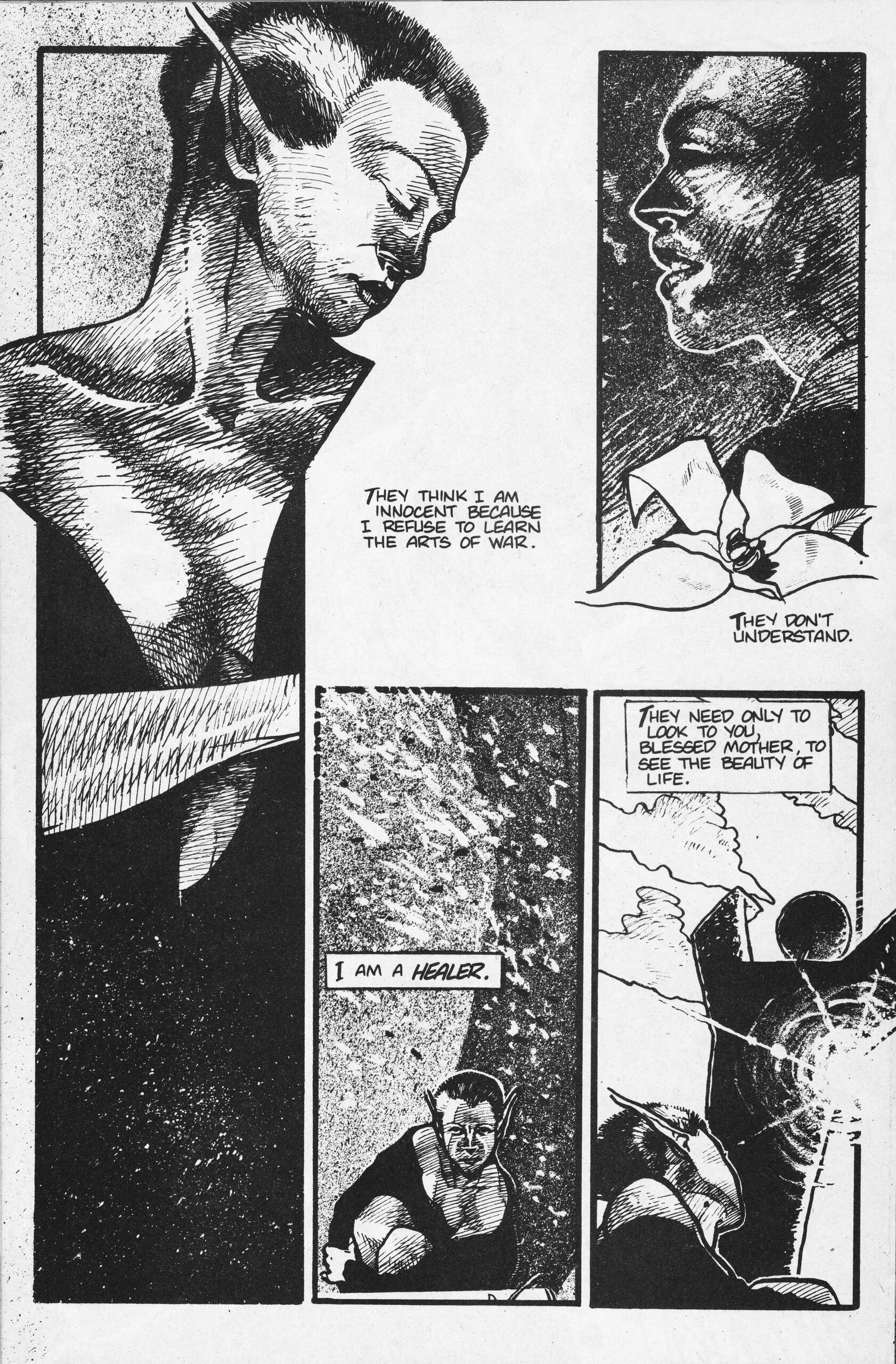 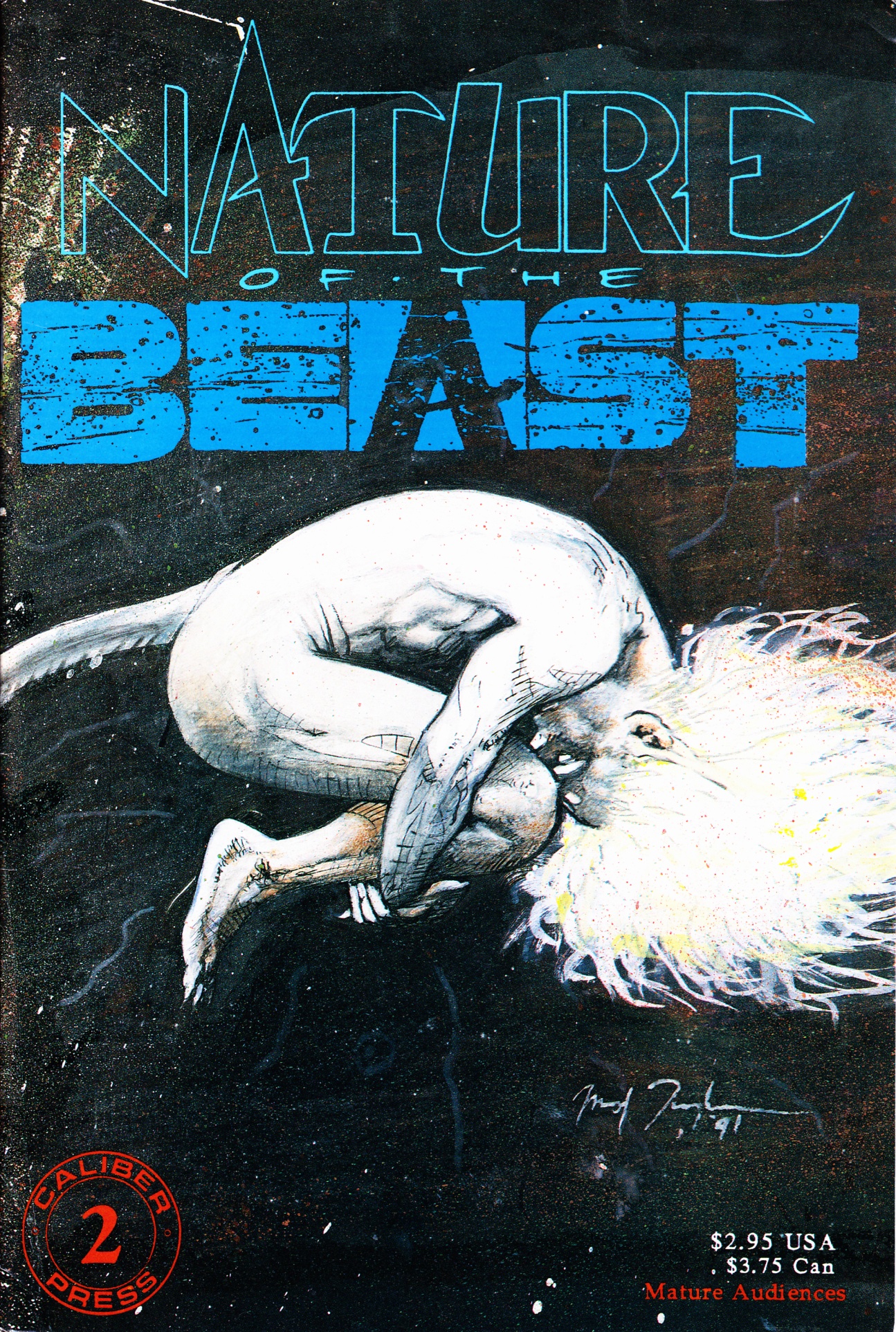 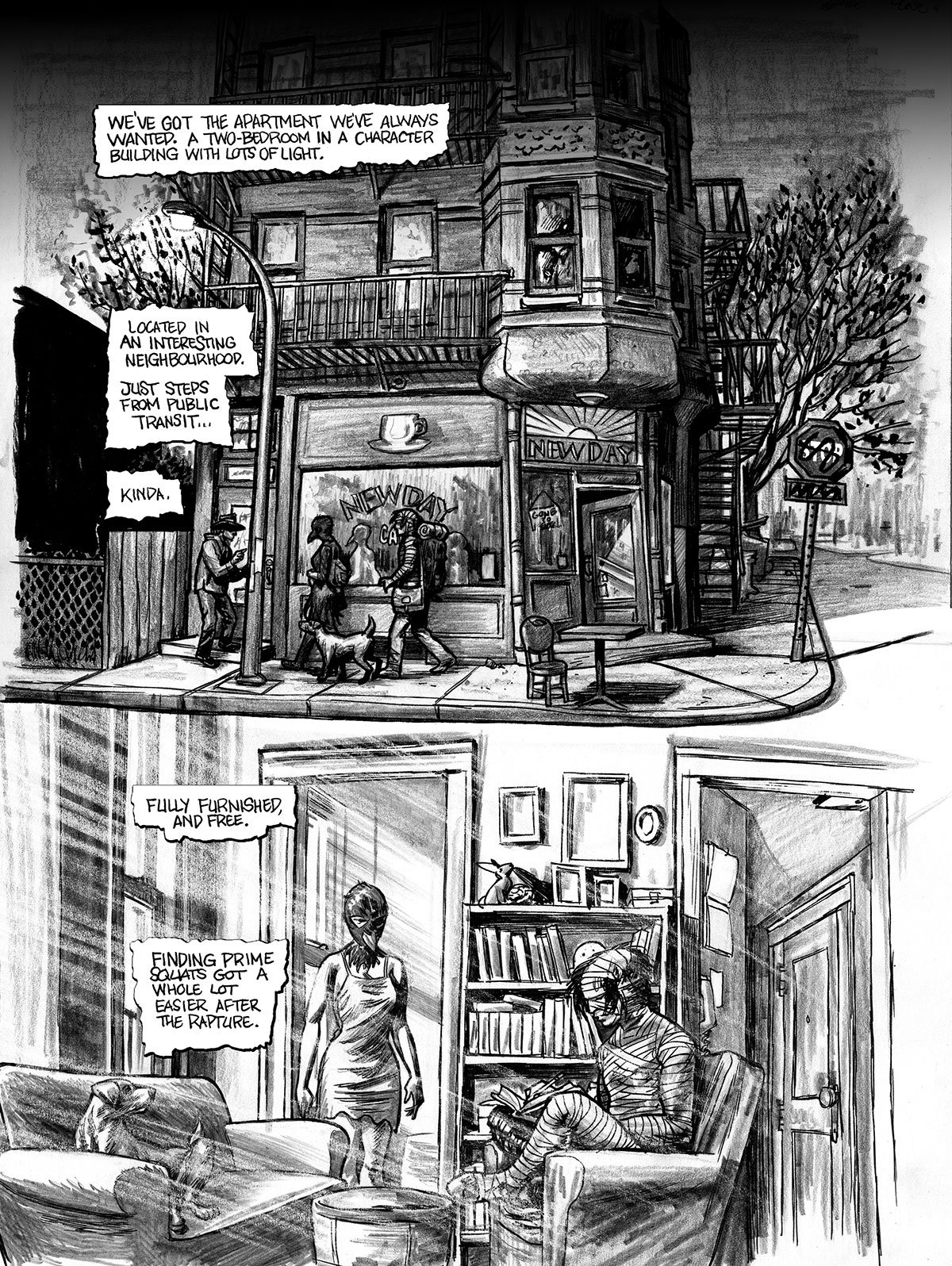 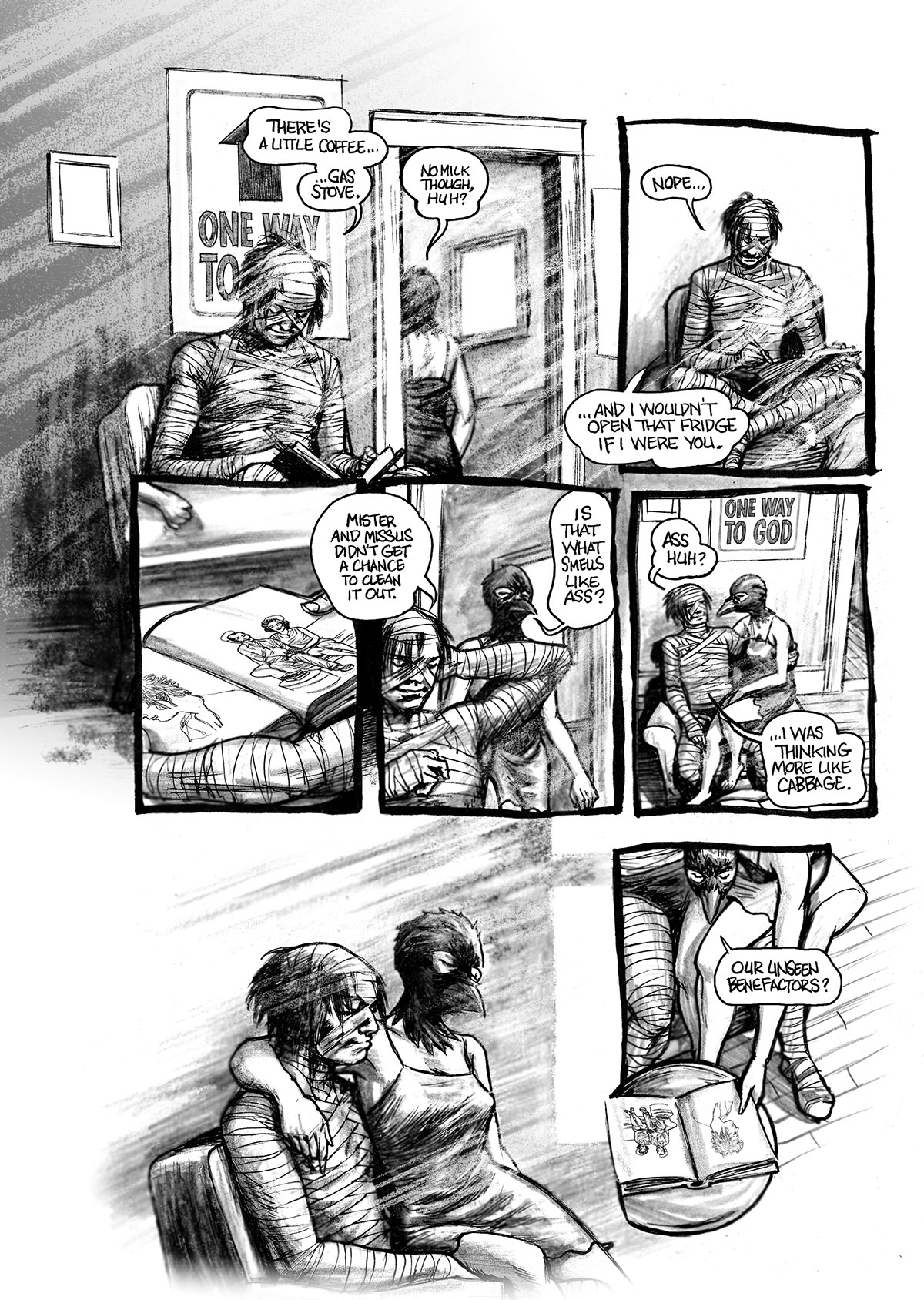 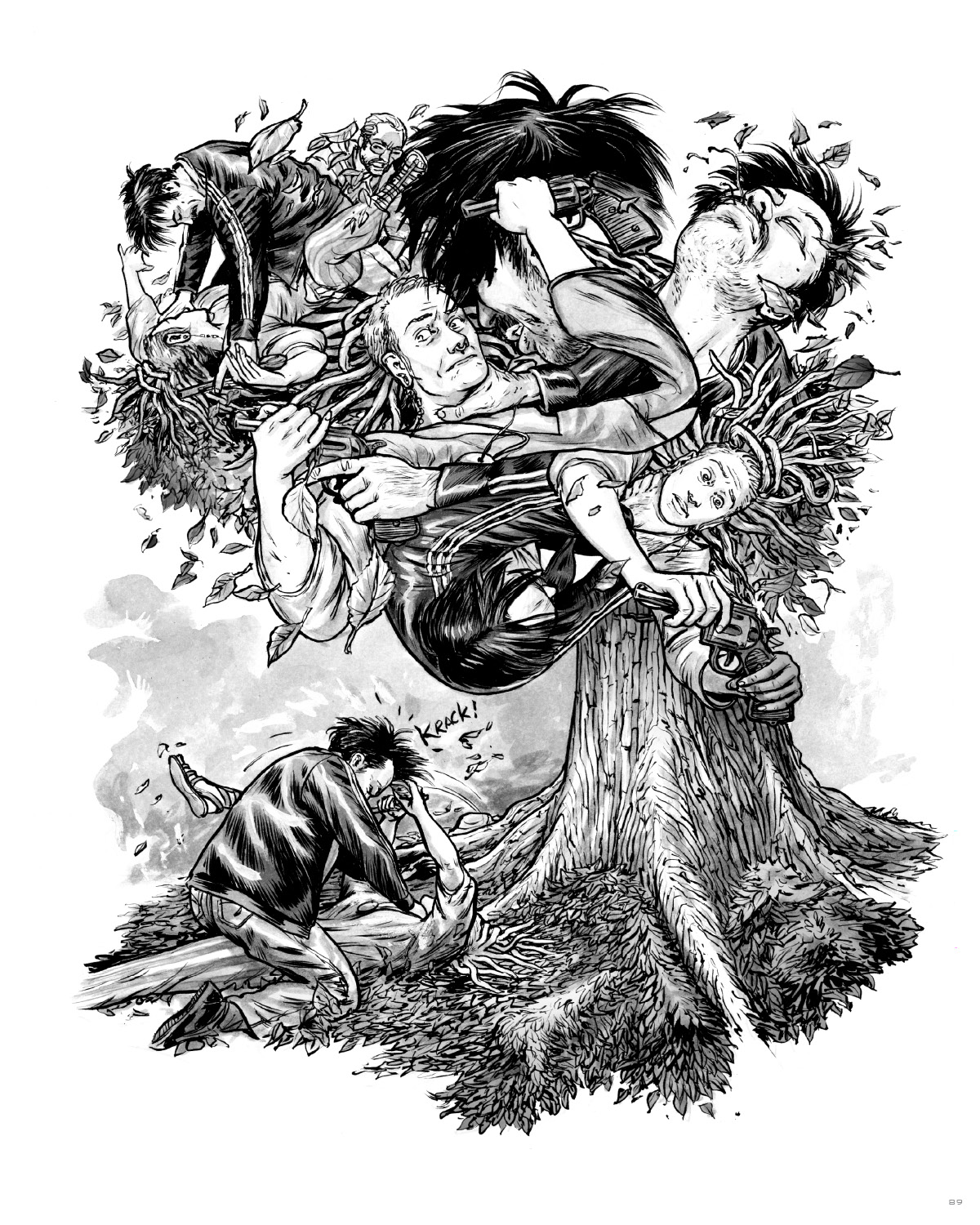 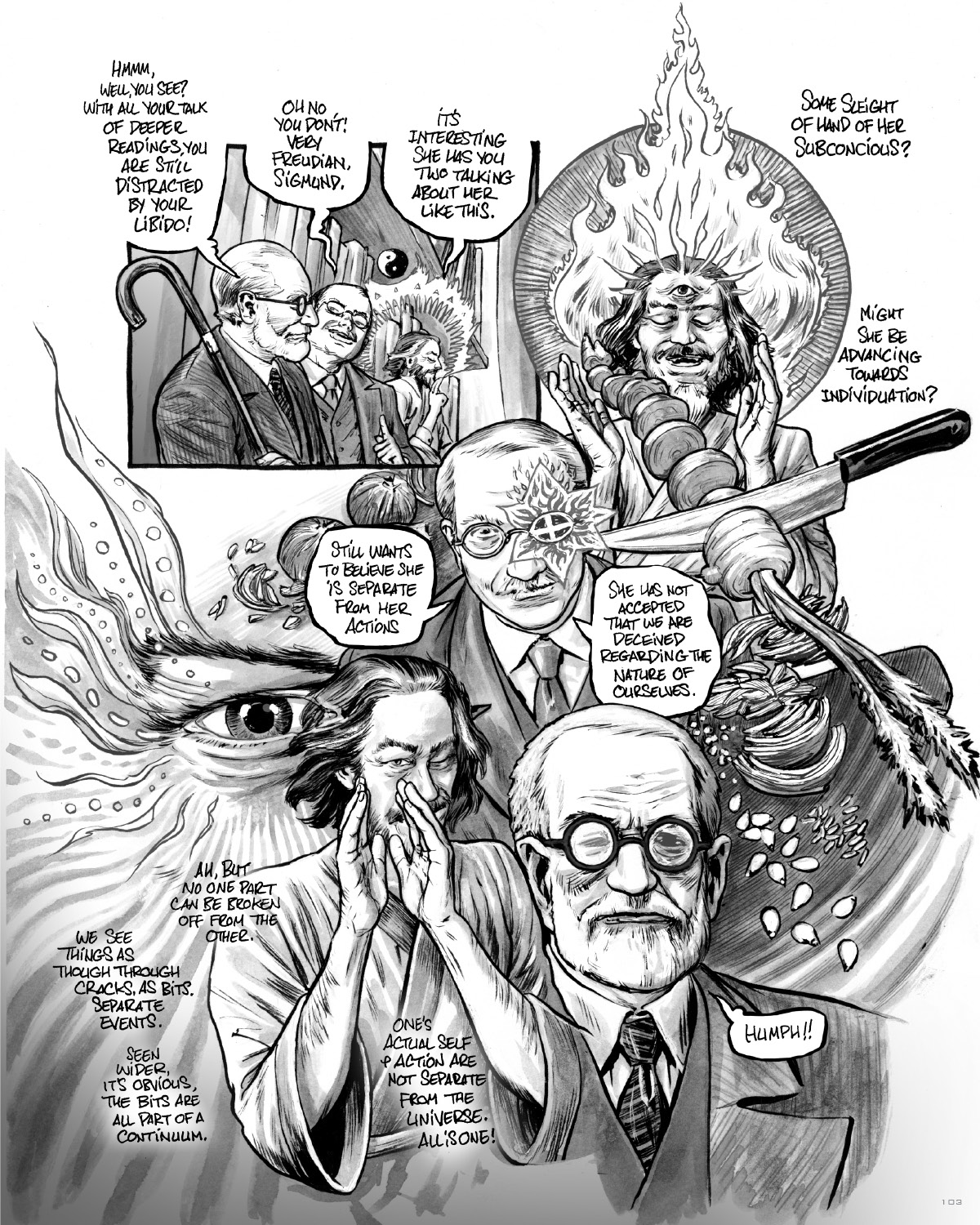 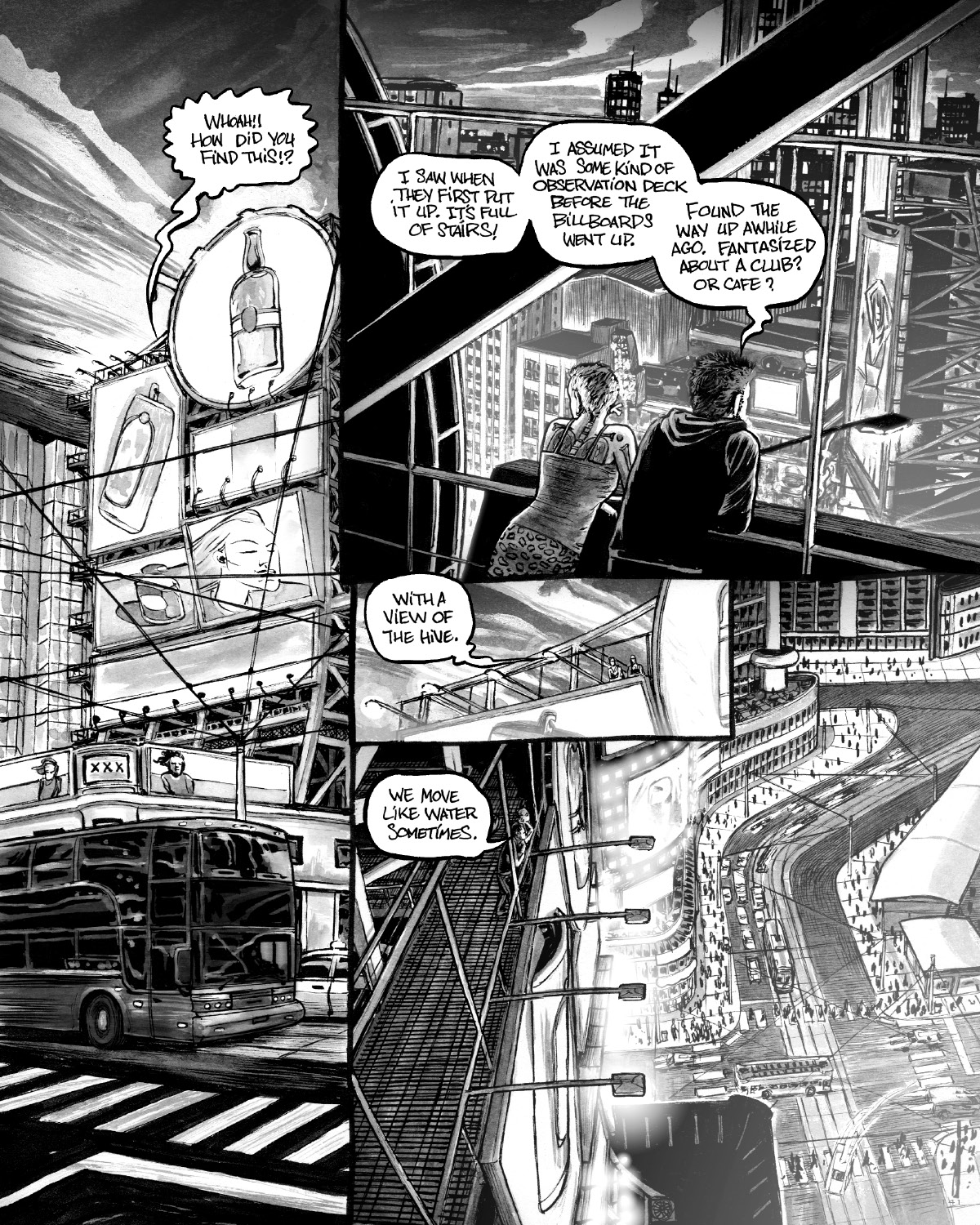 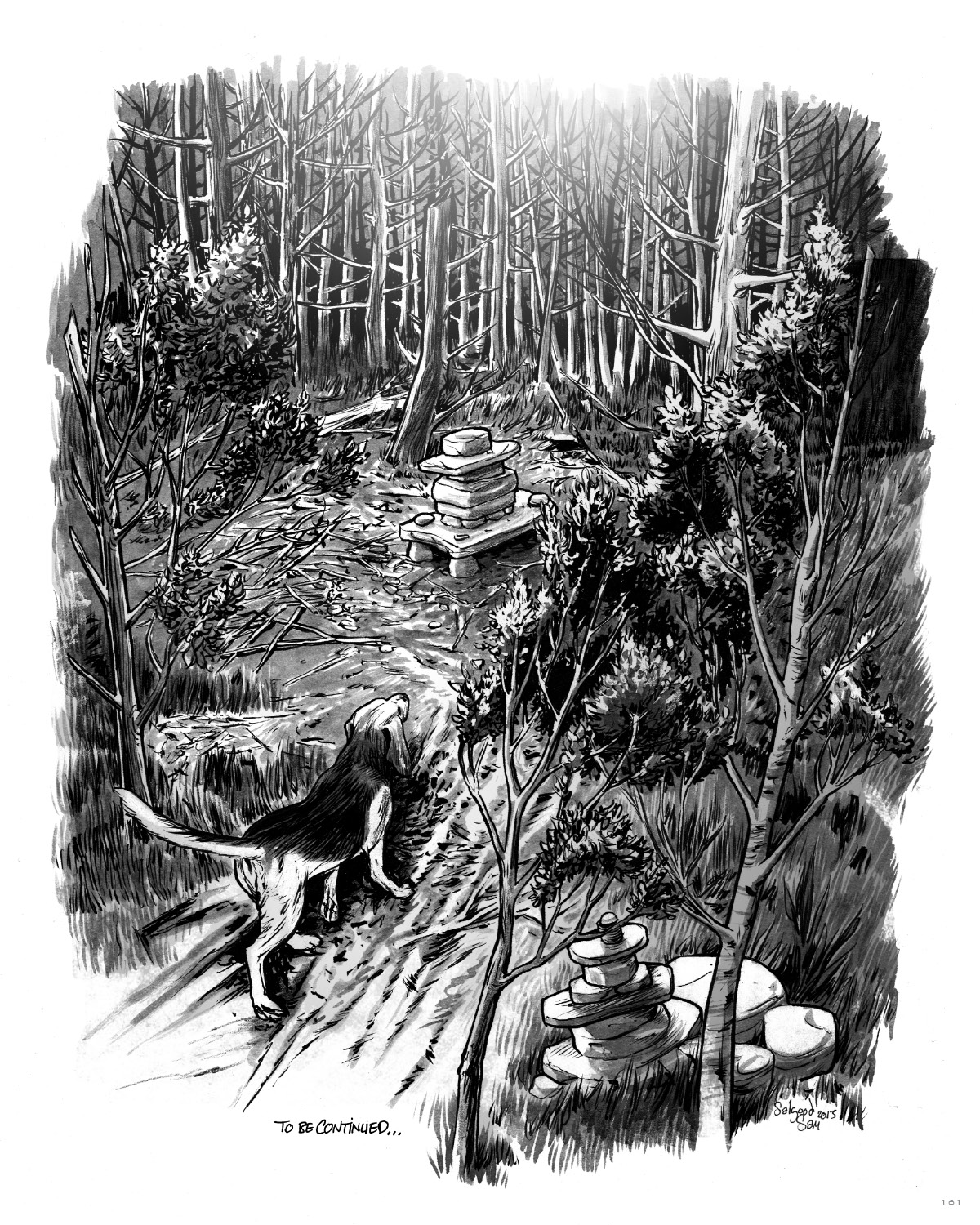 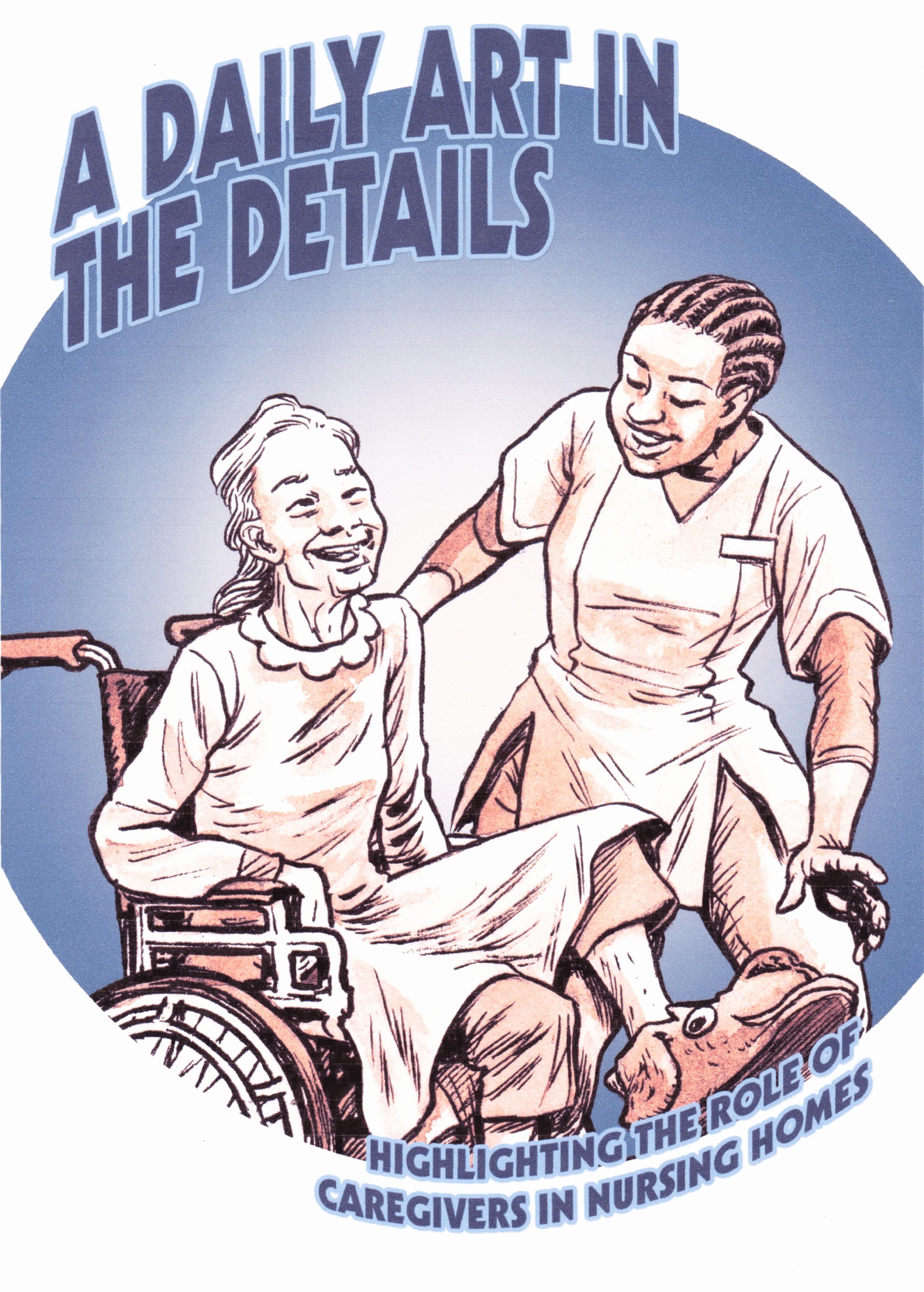 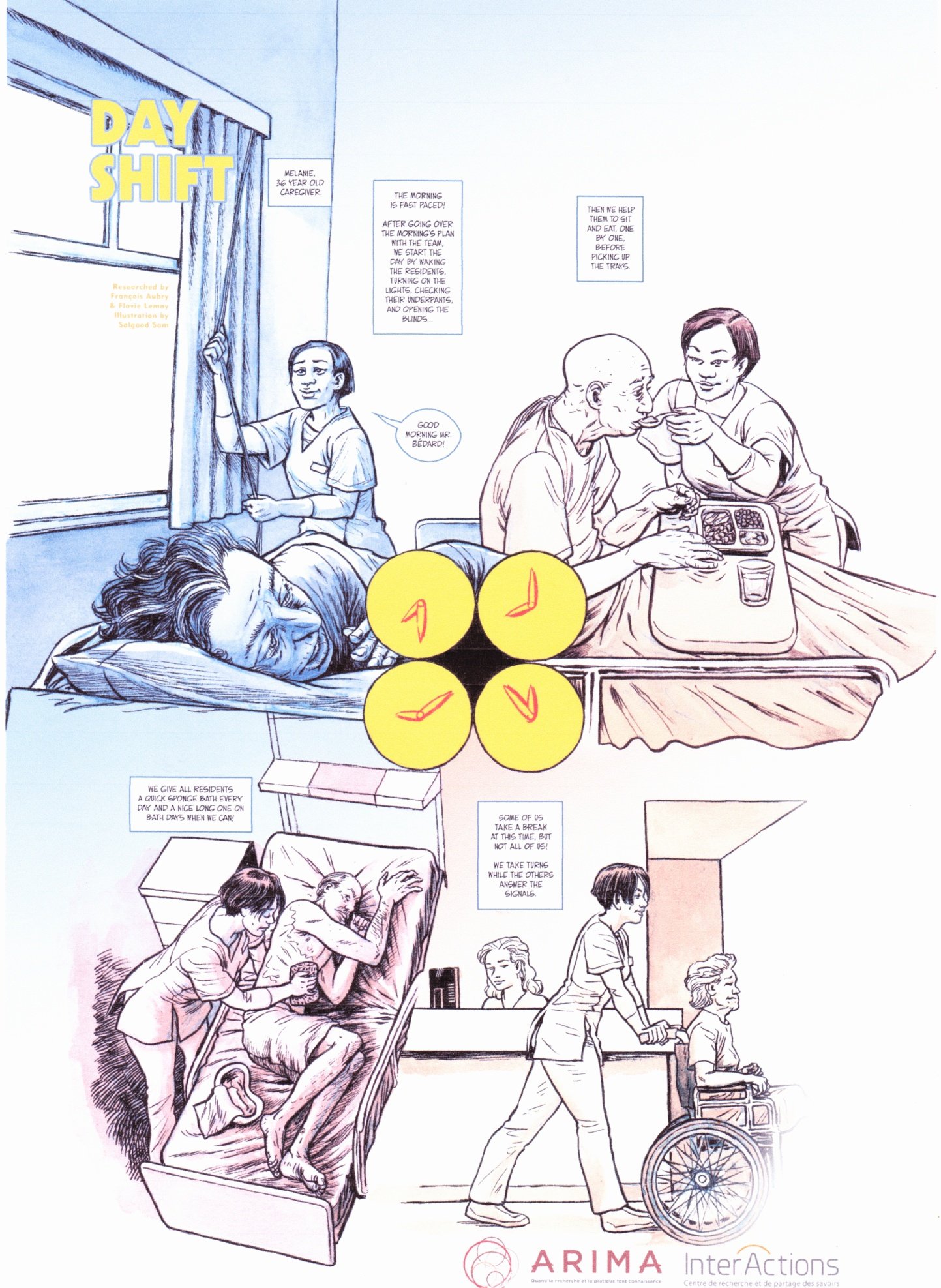 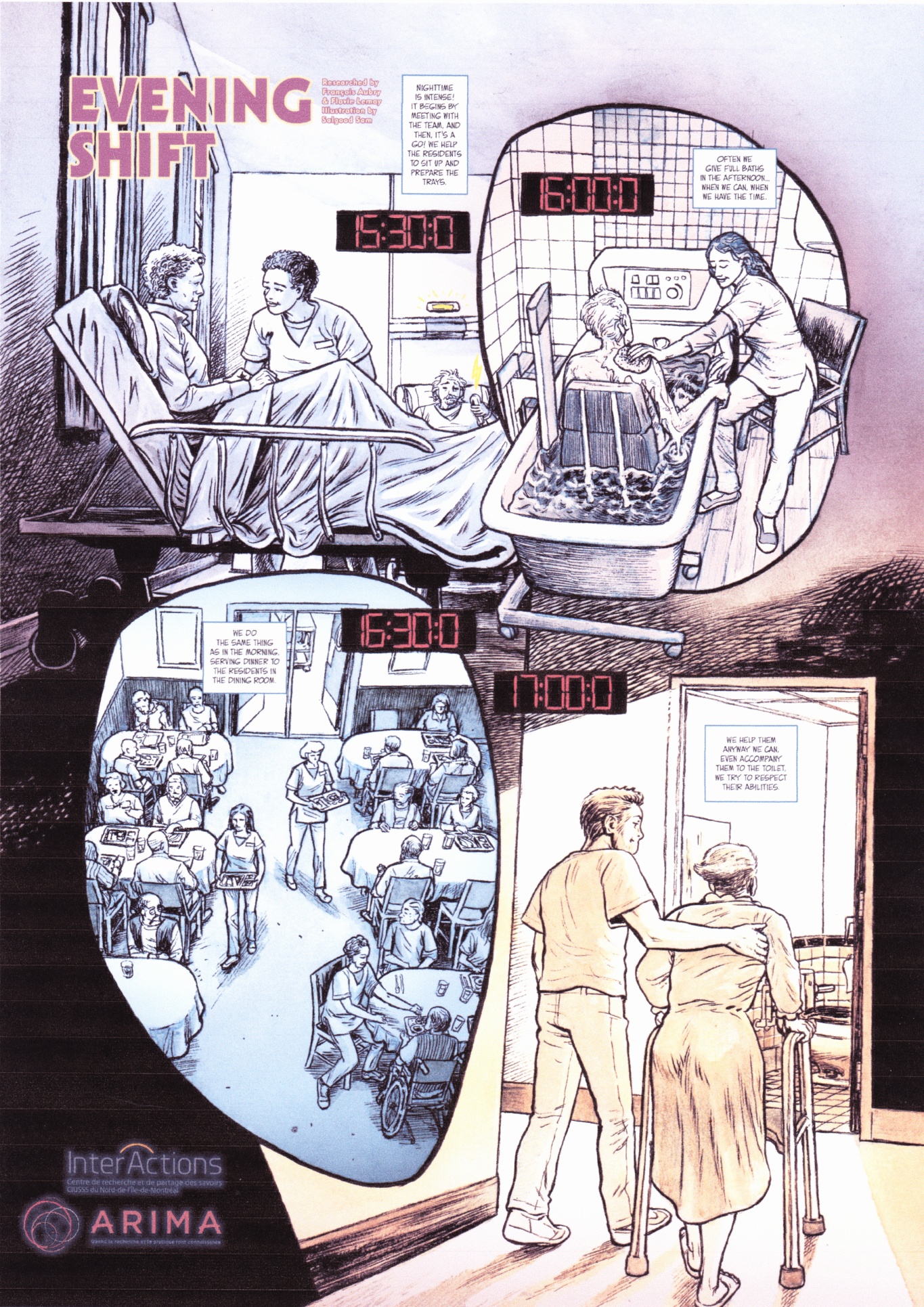 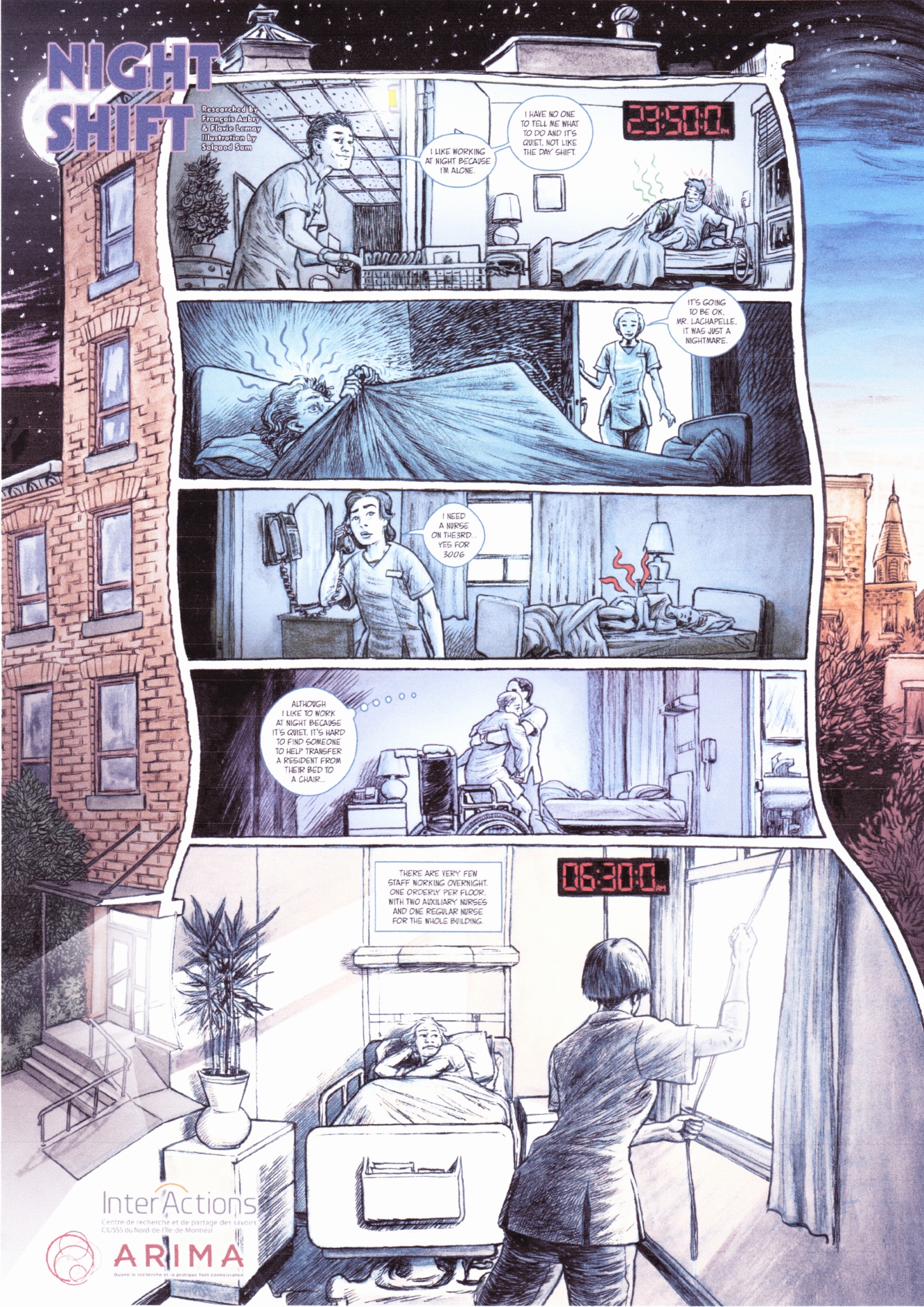 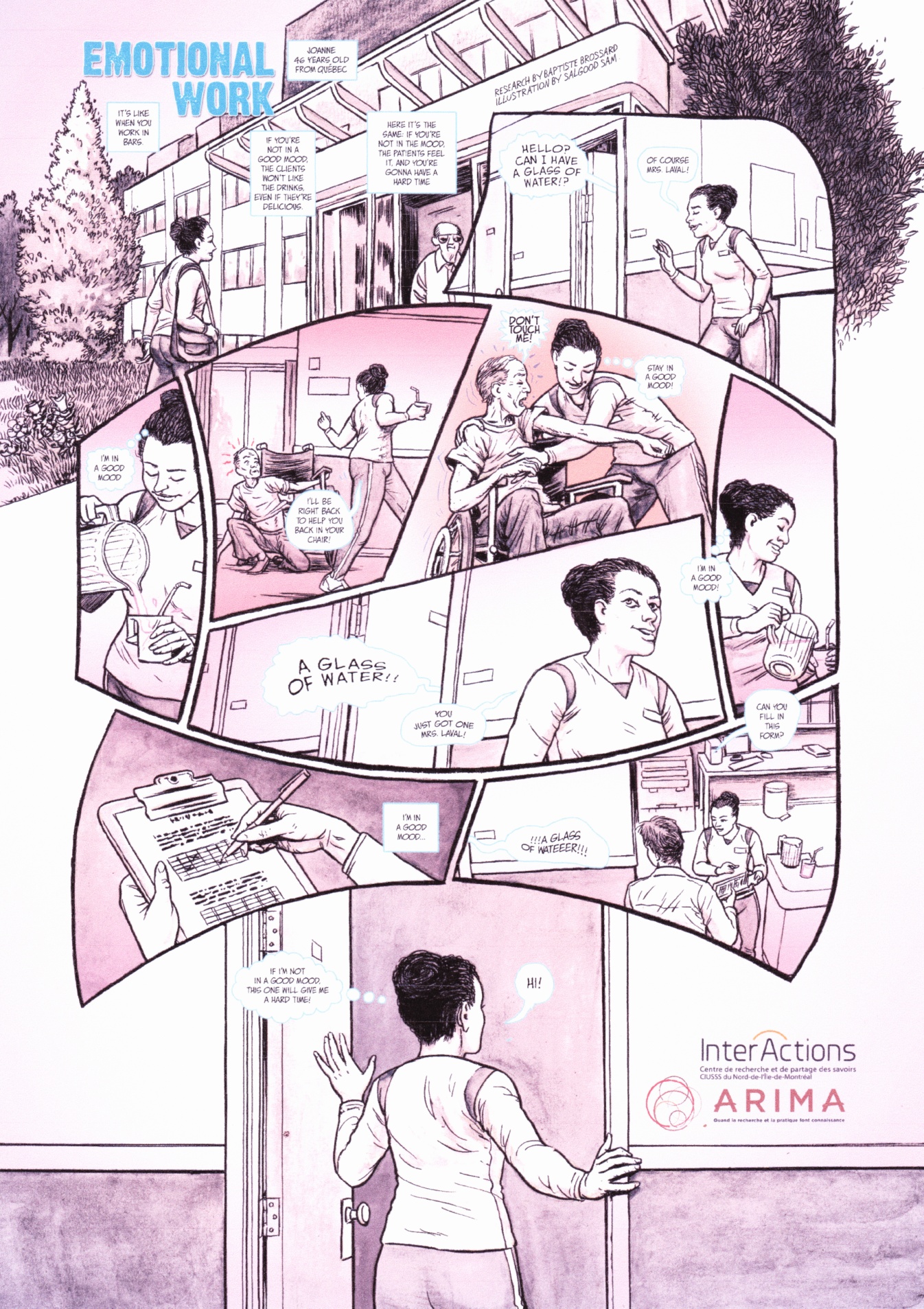 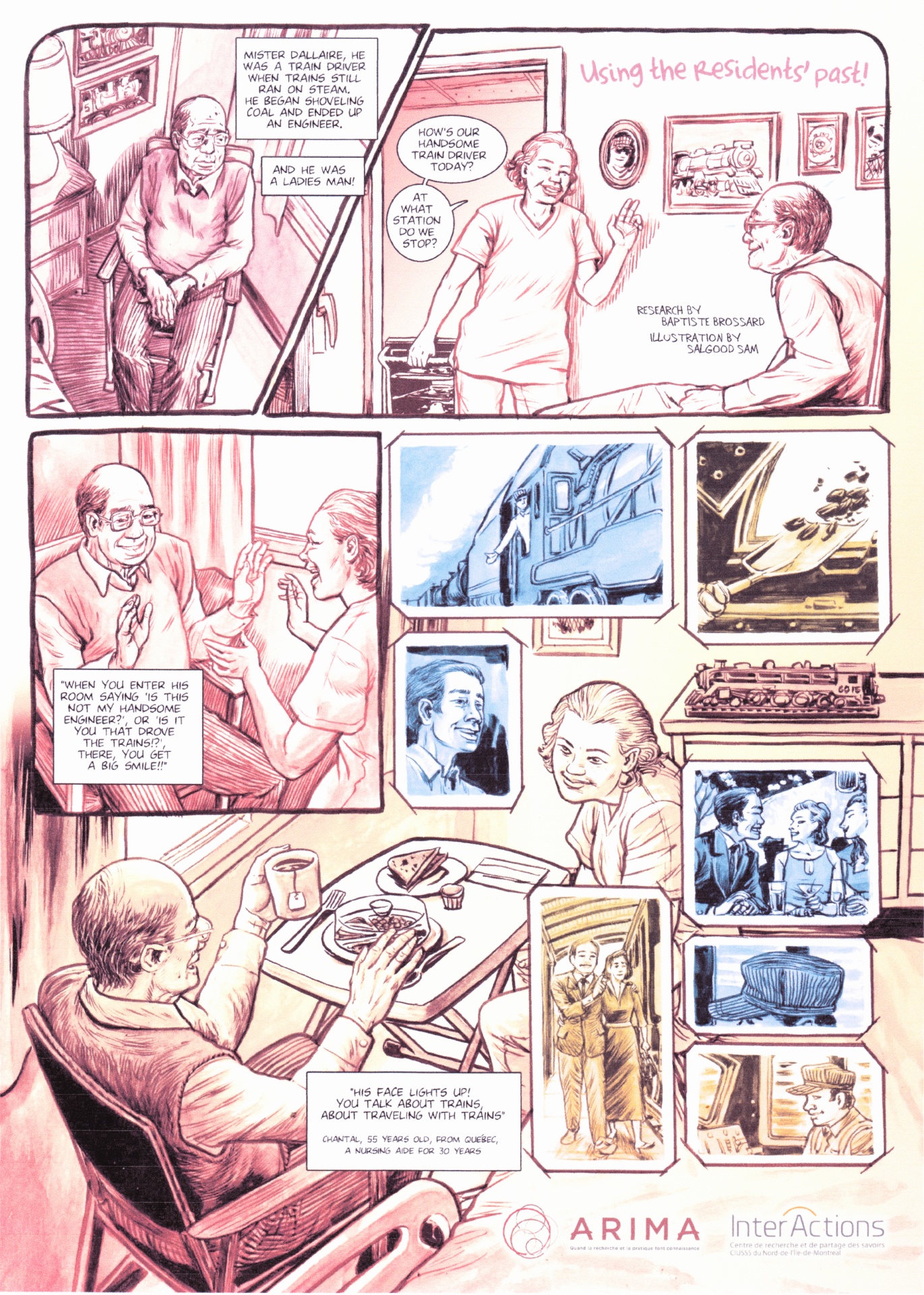