Born 15 April 1923, in Owen Sound Ontario, but moved to Toronto as a baby with her family.

She and Jean McMaster met when Betty was eight years old and they remained steadfast friends.

She graduated in 1942 from Northern Vocational School. Among her teachers was Leonard Brooks a prominent Canadian painter. His World War II painting the “Potato Peelers” hangs in the Canadian War Museum.

She joined Anglo-American shortly after Jean McMaster and did the lettering on all the Anglo-American publications. Interestingly, her mother convinced her not to tell anyone that she worked there as it was generally not considered a reputable job. This was similar to Jean’s experience with the staff at Northern and reflected the general attitude of the time towards comic books.

While working at Anglo-American she and Jean met Priscilla Hutchings and they all became best friends. Priscilla was four years older than the other two. While at Anglo-American Betty and Priscilla developed a unique way of communicating during work. There was some sort of understanding that ‘conversation meant you aren’t working….’ So they conversed through their art. They loved to make each other laugh and so the drew caricatures of each other. For example, Priscilla had a hooked nose. Betty would drawing a picture of a giant hooked nose resting on the edge of a table, and pass it to Priscilla. Priscilla in turn would sketch a giant gapped toothed smile and pass it back to Betty.

Betty was not fond of Jack Calder. She thought of him as a showboat, but she enjoyed working with Ed Furness and Les Gilpin and thought they were good men.

Betty Mercer remembered one day Les Gilpin came into the room looking “quite grim”. Betty asked jokingly “You look terrible. We aren’t all fired are we?” They laughed. Gilpin said “Yes.” and left. The office emptied.

After working for Anglo-American, Betty did a number of jobs, such as working for A.C. Nielsen designing Campbell Soap labels. She met Russell. Atkinson, who had just returned from the Second World War. They married and had two children. Unable to find work in Canada, they moved to the just outside Buffalo in the U.S. under the sponsorship of her husband’s brother.

A few years after moving to the U.S. Betty developed cancer, and was not expected to live six months, but she overcame this disease, and went on to work mostly in antique stores helping paint furniture while at the same time raising two children at home. As an avocation she continued to paint pictures. Even though she moved to the U.S., Betty kept in contact with Patricia until sometime in the 1970’s when they lost contact

She painted pictures for family and friends until well into her old age. She had this in common with other Anglo-American artists Ed Furness, June Banfield, Patricia Hutchings, and Jean McMaster.

Email 1 May 2020 to Robert MacMillan from Mary J. Neill 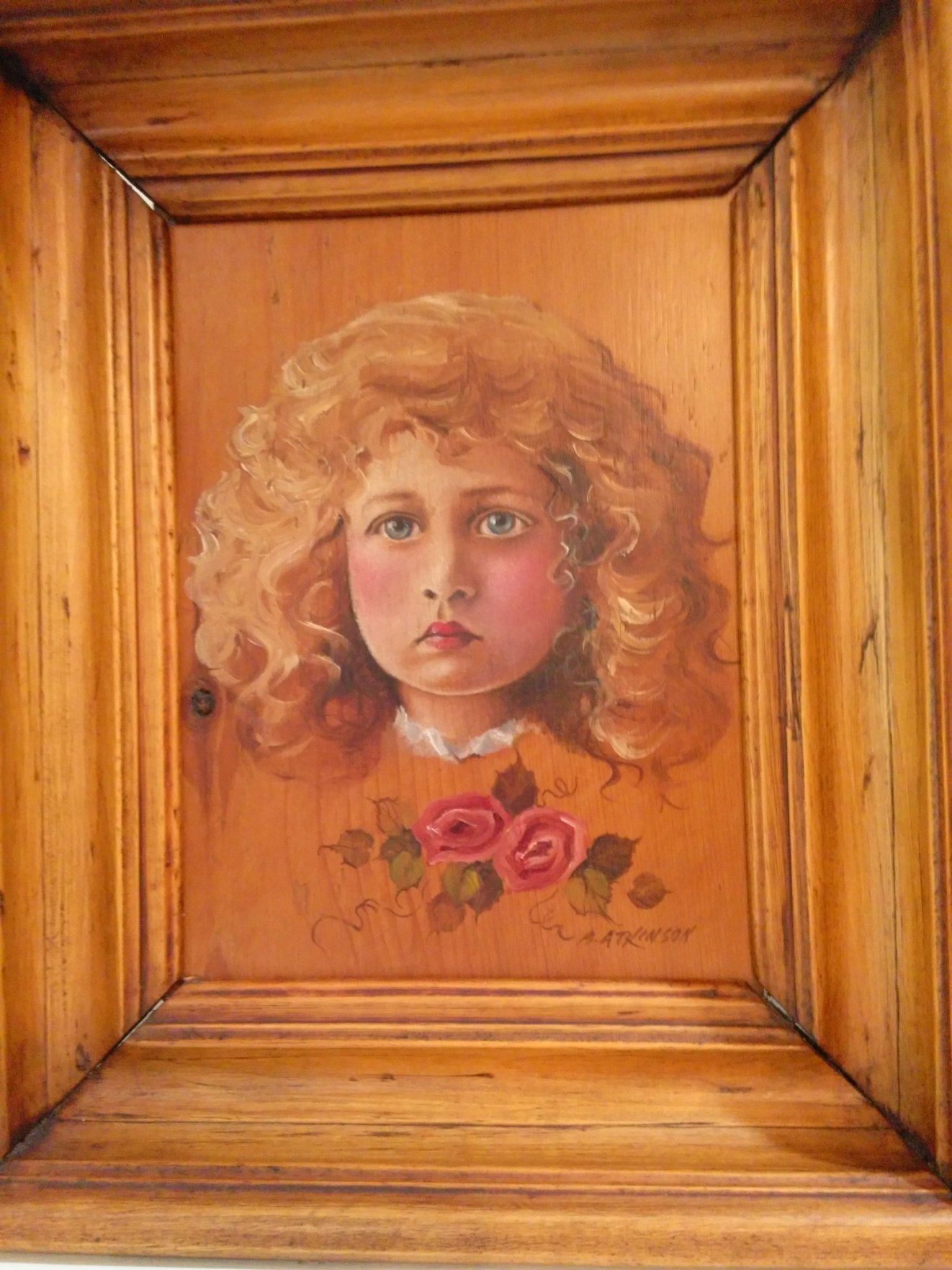 This photo of a painting by Betty Mercer (Atkinson) was provided by Betty’s daughter Mary J. Nicols. She said that her mother painted this portrait of herself as a child presumably based on a photo. 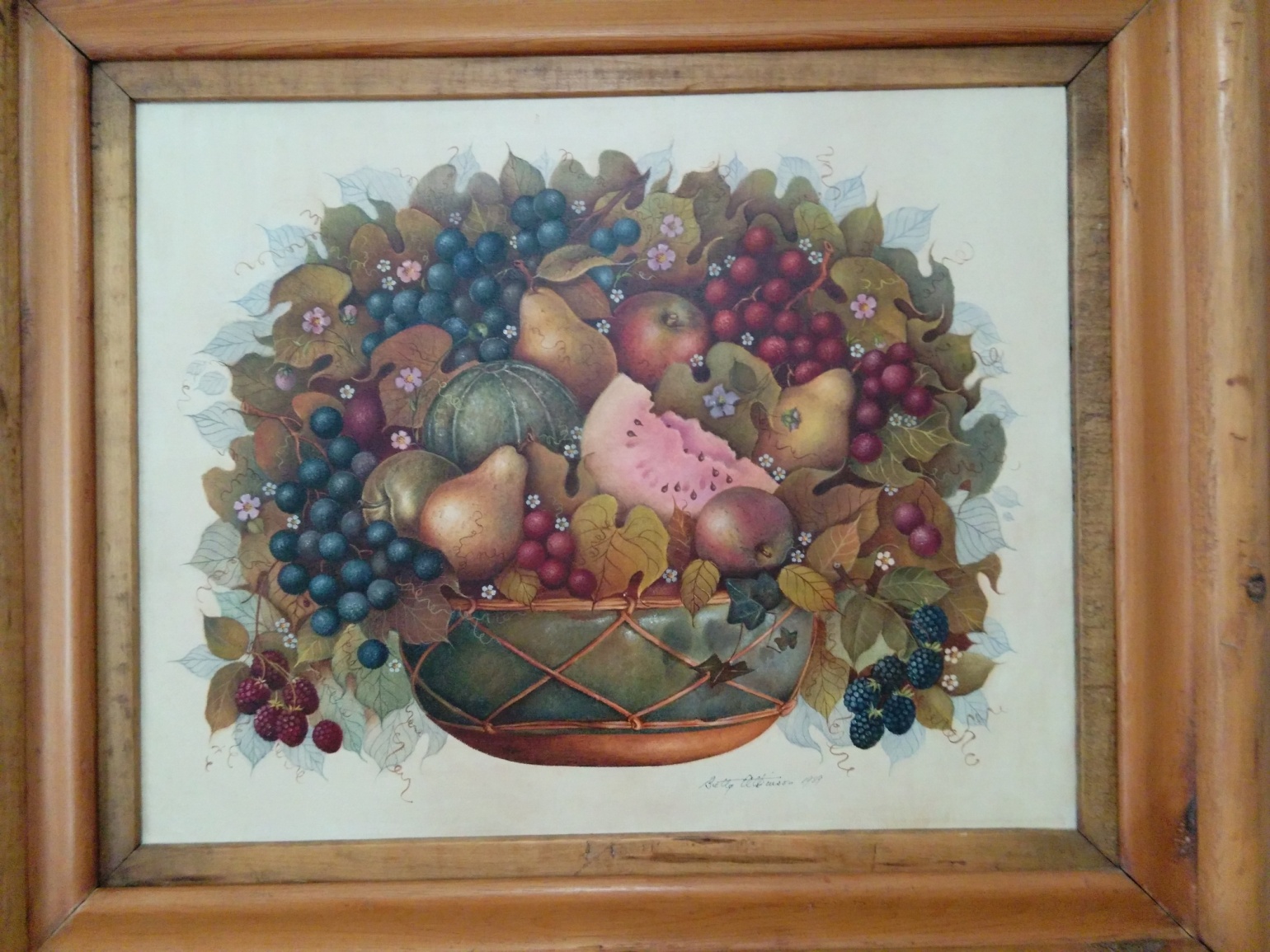 This photo of a painting by Betty Mercer (Atkinson) was provided by Betty’s daughter Mary J. Nicols.