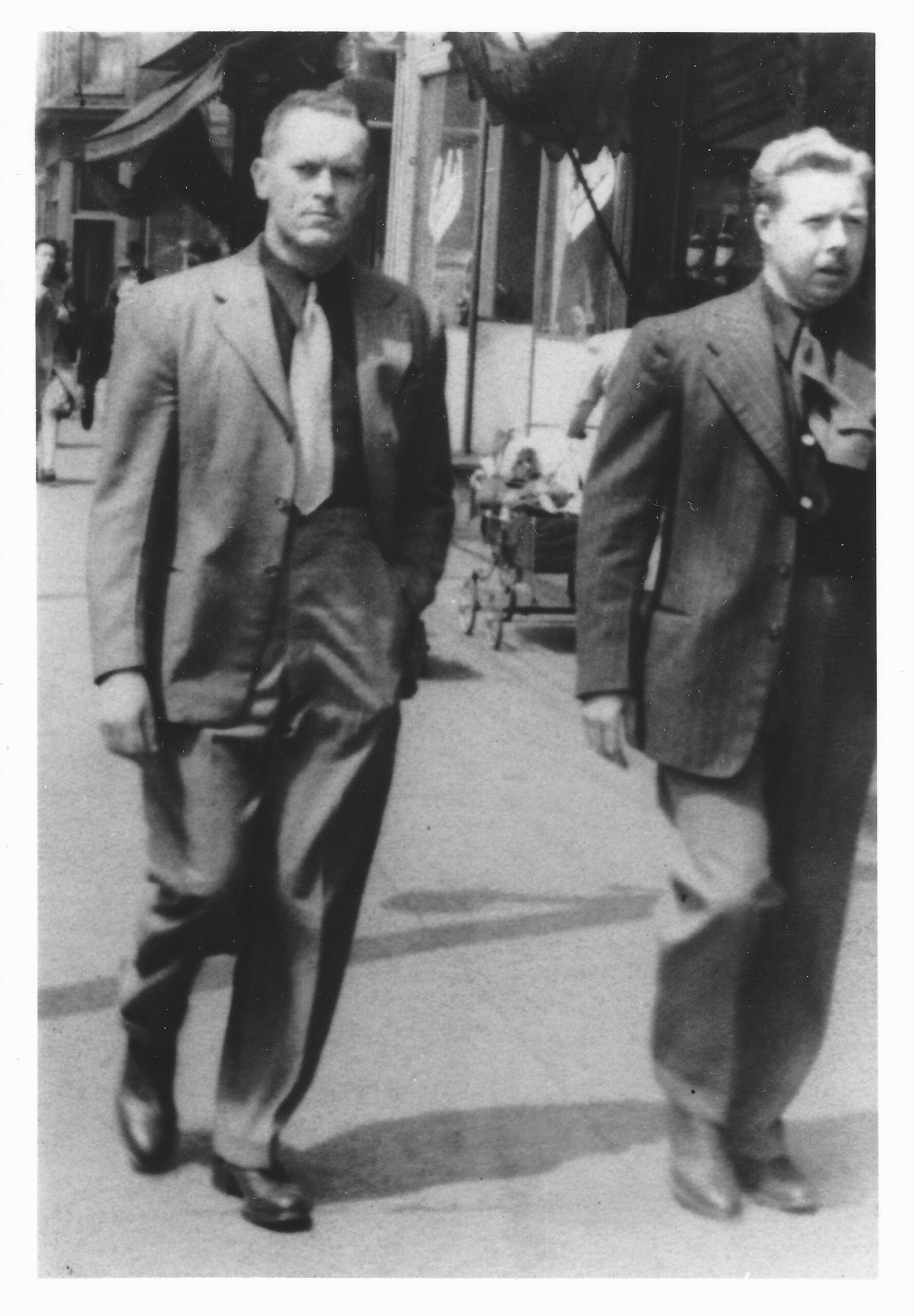 Born 3 May 1906, in Holywood, Ireland and migrated with his family to Canada in December 1923. At the time he married 14 November 1927, he gave his occupation as salesman.

Very little is known about Les Gilpin and almost nothing about his development as a cartoonist. We know that in 1927 when he married his occupation was salesman.

From his cartoons in the late 1940 and early 1941 issues of Air Force Review magazine we see that he was an accomplished cartoonist before he arrived at Anglo-American. According to Ed Furness, he was already working there when Ed arrived.

He created “Commander Steel”, and “The Crusaders” He illustrated “Sooper Dooper” which Jack Calder wrote but it is evident from the strip “Joe” shown below in an Air Force Review issue that he had created the character before he came to Anglo-American.

According to Ed Furness, he was apparently an alcoholic and he eventually went or was sent to Fawcett in New York to work with C.C. Beck on “Captain Marvel”. Betty Mercer, however, remembered he was with the company till the end and that it was he who told them that they had all been released from the company. Nothing is known of what happened to him after he went to Fawcett.

For more about the “Crusaders” see Co-cartoonist below.

According to Ed Furness, Jack Calder (Jay McKellar) wrote “Sooper Dooper” and Les Gilpin illustrated it. The citations on the stories made no such distinction.

We have the research of Ivan Kocmarek author of Heroes of the Home Front, into the genealogical records for the information about Les’ date and place of birth, his immigration to Canada and his marriage. There is some uncertainty about his birth being 3 May, but the 1906 is firm.

The source of the images from the aviation magazines was Jason Vanderhill of Vancouver. He is a graduate of Ryerson University and an avid historian and collector of comics, local and aviation history. He is a member of the Vancouver branch of the Canadian Aviation Historical Society and a member and V.P. of the Fraser Valley Antiques and Collectibles Club. He has curated the online art project Illustrated Vancouver for the past ten years. 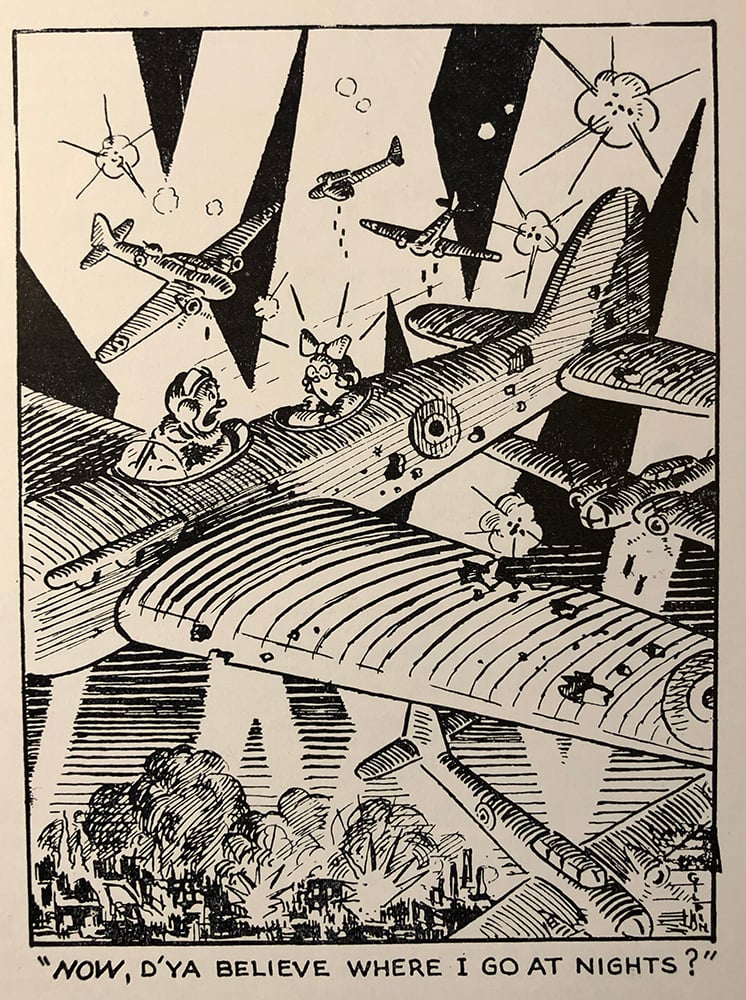 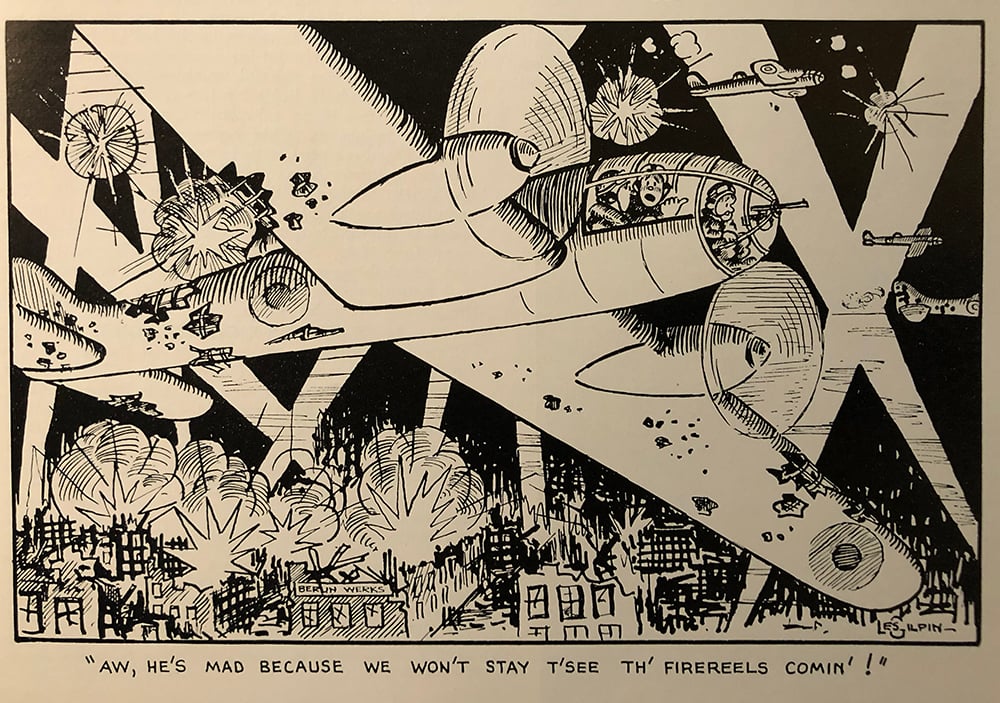 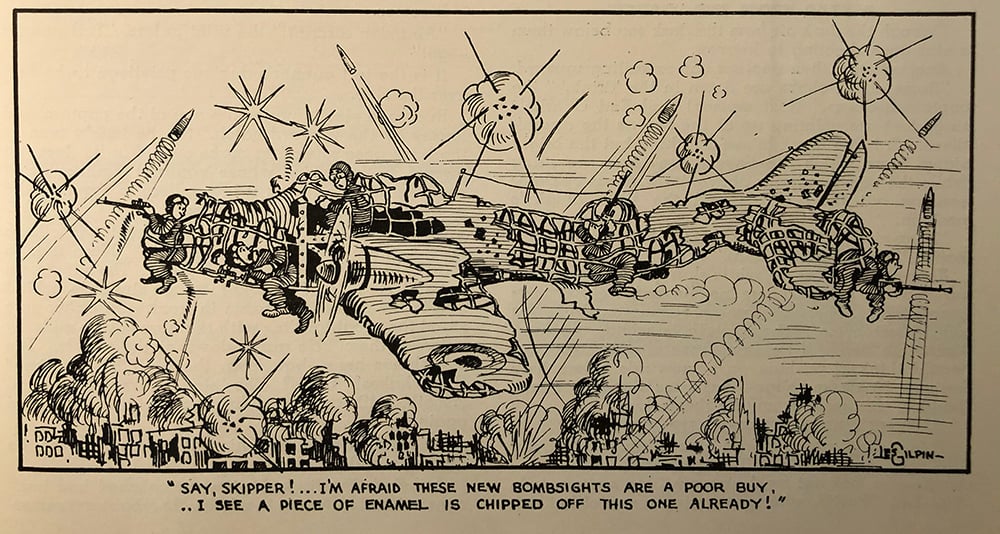 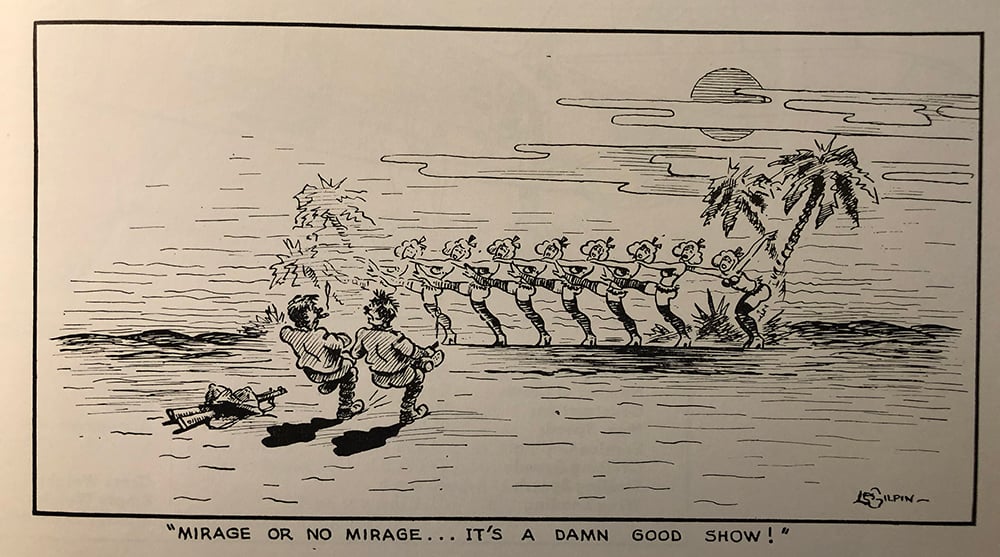 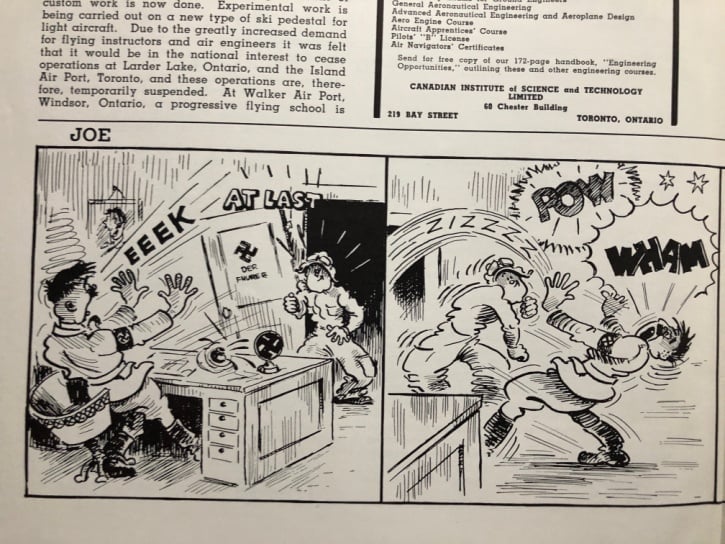 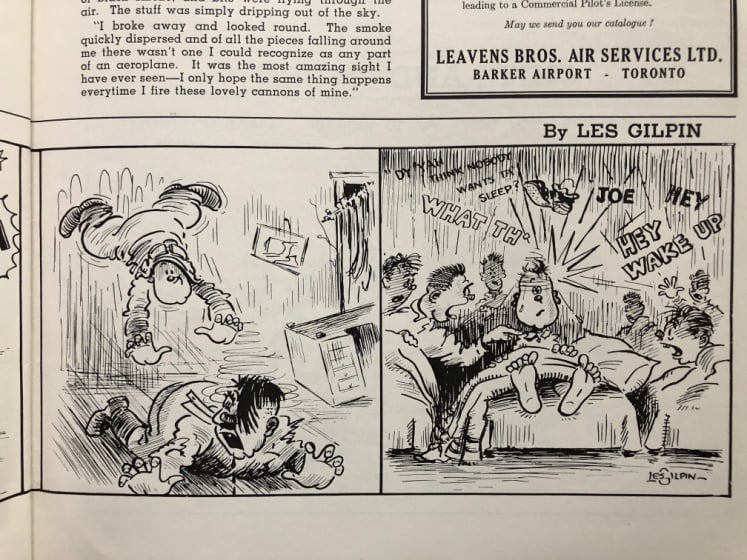 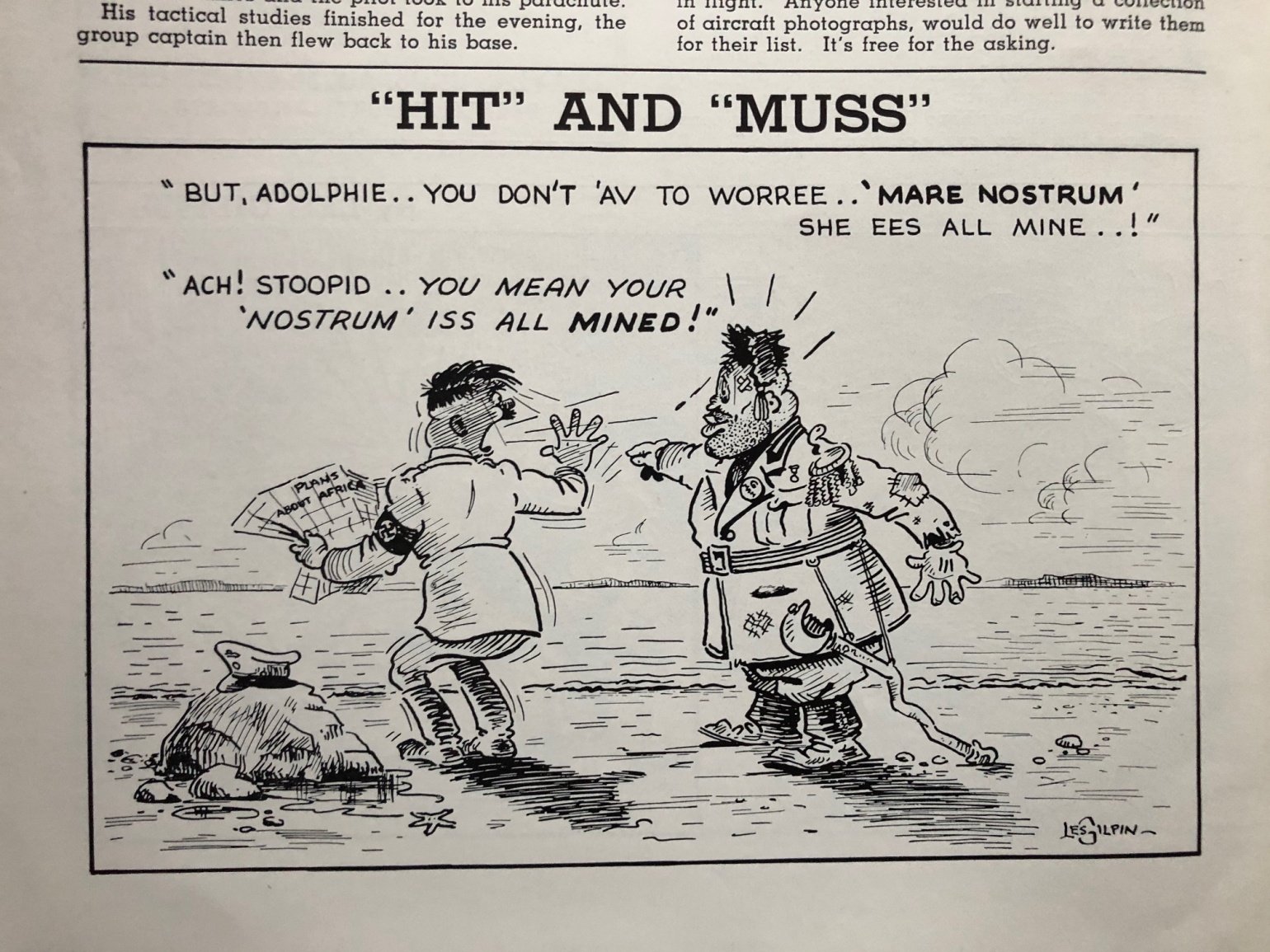 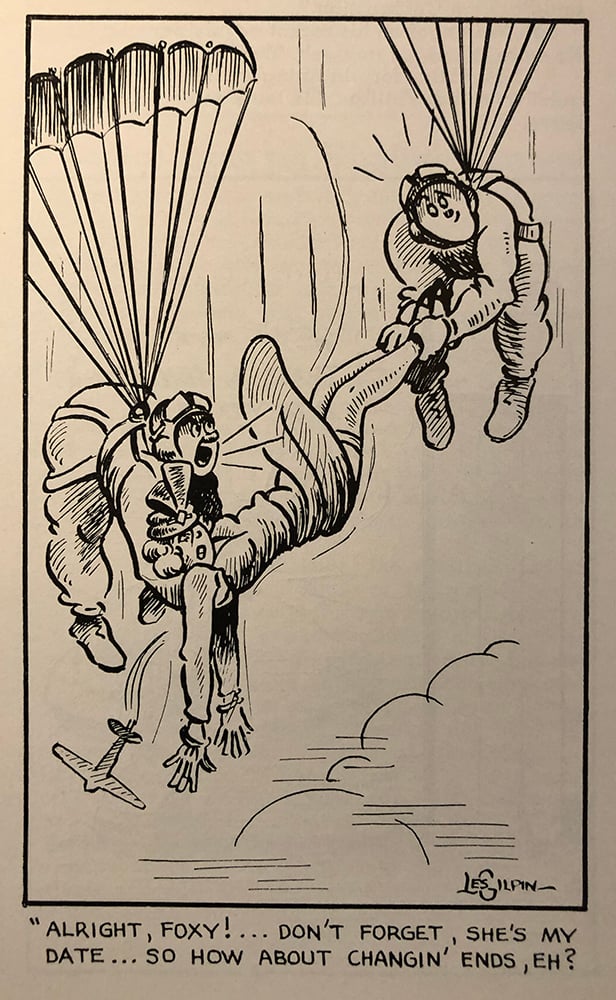 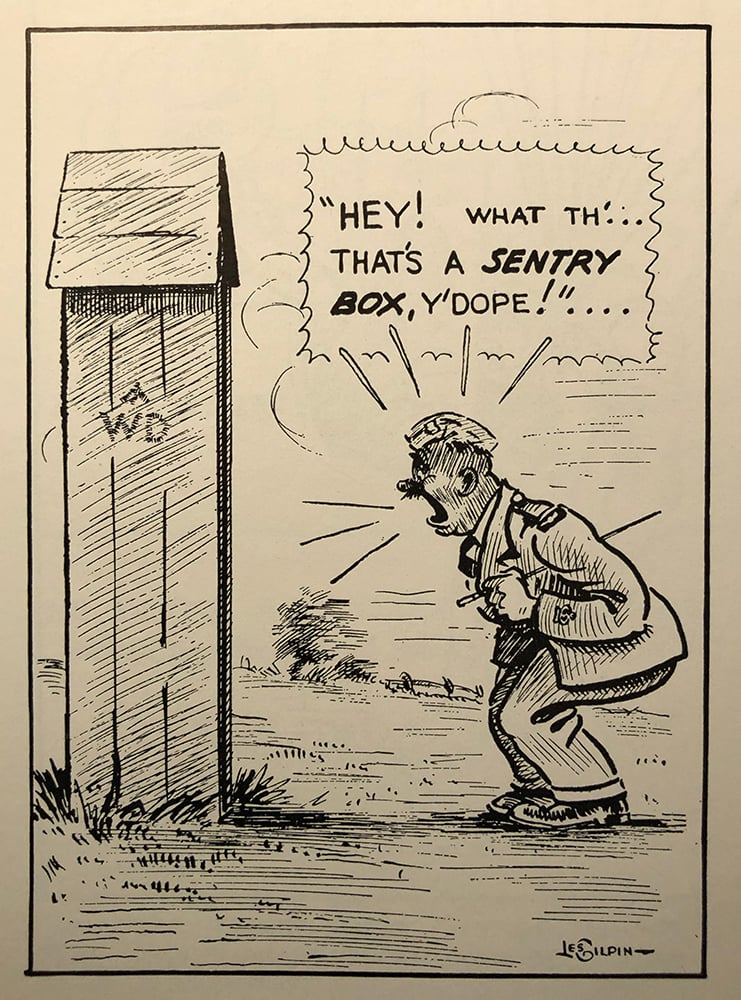 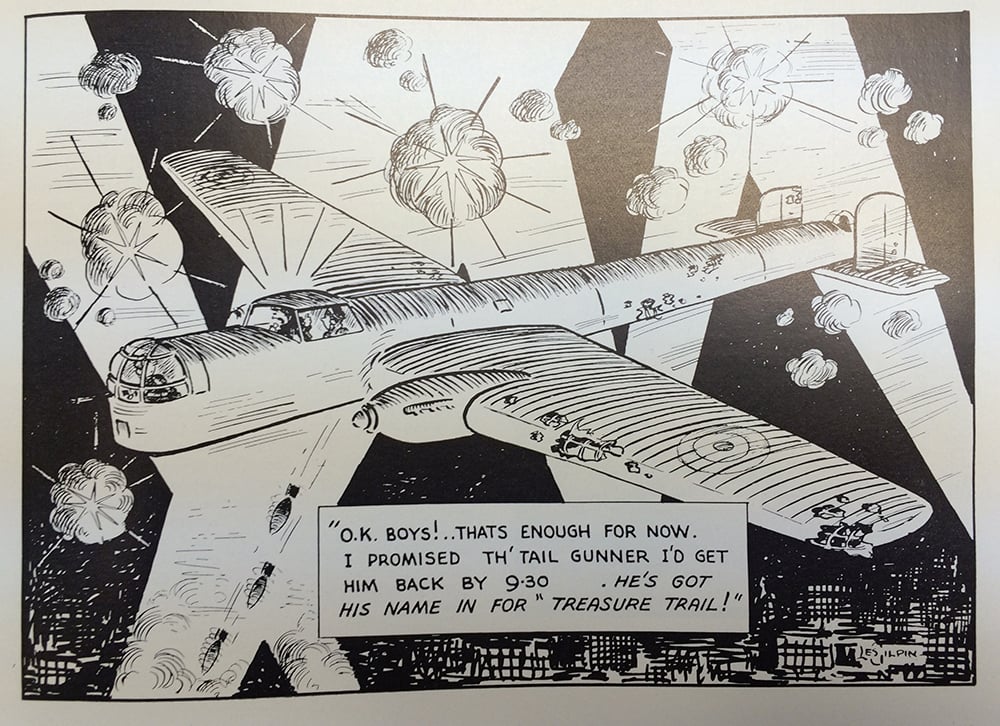 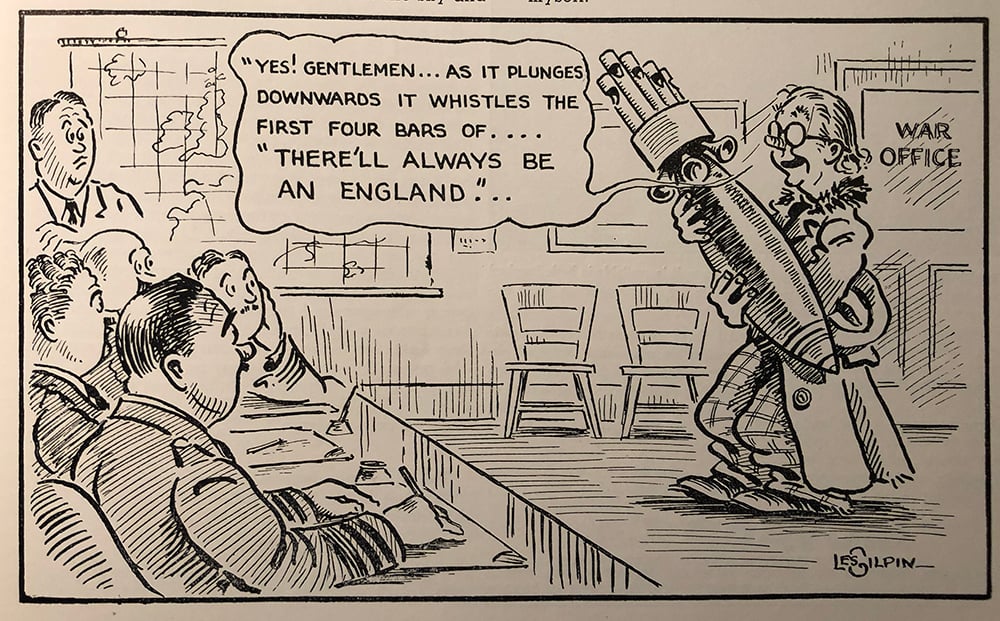