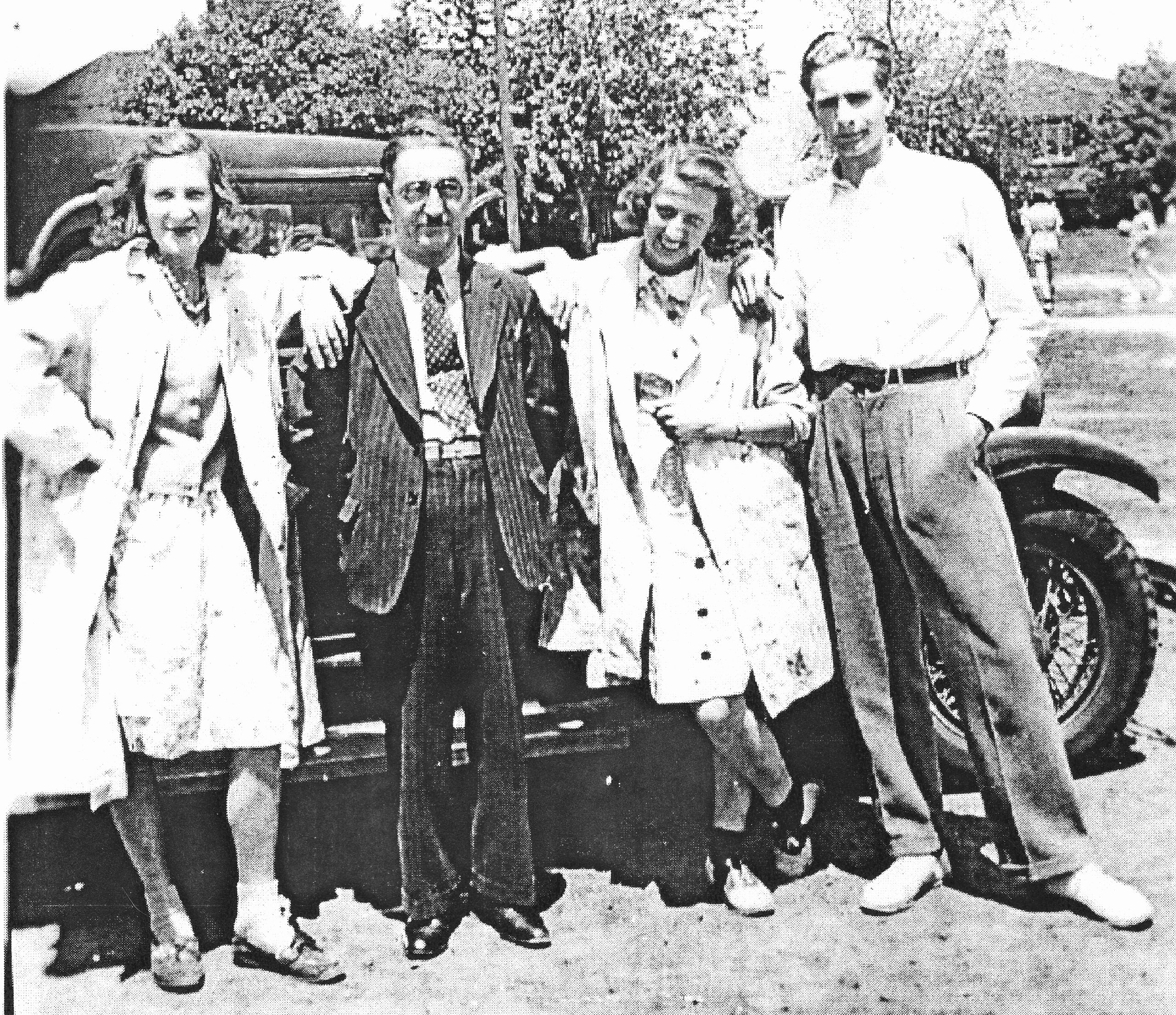 She attended the Northern Vocational School (name changed to Northern Secondary High School) arts program which was initiated by Group of Seven member Arthur Lismer. She took a four year fine arts program designed to help students establish careers in commercial art. Luke Bradley (above) taught illustration. The school was located on Mount Pleasant Road in Toronto. She recollected that,

“… we were taught all the techniques of working with paint, drawing, perspective and so on, which I still have, but what I remember most are the personalities of the teachers, their commitment to their profession, their passion for their work and their teaching.”

She was hired by Anglo-American in 1942. She vaguely remembered that perhaps Anglo-American came to Northern Vocational School looking for students. She remembered that her teachers at Northern were horrified to hear that she was working for a comic book company. They thought “you were to draw shoes at Rapid Grip and Batten.” She worked exclusively on “Captain Marvel stories producing the layouts from the scripts that Anglo-American received from Fawcett. She roughed in the images in pencil, and sent them to Betty Mercer who did all the lettering, blurbs as well as BOOM panels in India ink. Betty returned them to Jean who inked her pencils with a no 2 sable brush. She kept Terry and the Pirates strips which were also drawn with a no. 2 brush for reference and inspiration. She later said that the most important technical achievement she developed from her experience of drawing five days a week with a no2 sable brush, was her facility with that tool.

While at Anglo-American Jean met Priscilla Hutchings, June Banfield, and Eva Davies (Koller). She met Betty when they were eight years old. She remained in contact with Betty and Eva after she left.

About the three “bosses” she remembered very little. She remembered that Les Gilpin was the warmest and most supportive while Jack Calder was the most distant and “definitely the boss”. Her most vivid memory of them was that of buying liquor for them. Liquor was rationed during the war, and they used the employee’s ration tickets to get extra bottles.

In 1944 about two years after she began, Jean was fired. She was working in a position just in front of the offices of Calder, Furness and Gilpin which apparently had partitions largely made of glass. One day the three men were playing with and making crude jokes about some object that resembled male genitalia. She complained and was fired as a trouble maker.

After she left Anglo-American her employment was mostly administrative but she created a parallel hobby/career painting and illustrating flowers. First, she went to Job Placement (possibly a Federal government body) who sent her To the A.C. Nielson Company, a U.S. subsidiary that researched retail marketing. She became Supervisor of the Charting Department which traced product sales for companies like Campbell Soups, and Nabob Coffee.

In 1951, she married Charles (Chuck) Johnson, a Canadian mechanical engineer, and moved to Caracas Venezuela. Her marriage broke up and with her daughter she returned to Canada in 1961. For the next few years she worked in several jobs as office manager. Then in 1969 she was showing her botanical drawings at the Toronto Outdoor Show next to a young woman who was working at Art & Design Studios at 68 Merton Street. She told Jean they had a large lobby which they wanted to turn into an art gallery and were looking for someone to operate it. Would Jean be interested? Jean applied and worked at the Merton Gallery, as it was called, for three months as a volunteer. She was then hired as curator to work under director D. MacKay Houston, an artist who was a member of the Royal Canadian Academy of Arts and the Water Colour Society. .

The gallery’s mandate was to support and promote the work of emerging artists and crafts persons. The commissions were kept lower than usual and there was no obligation to make a profit. Jean began showing crafts for sale Christmas time. It was a first in Toronto. Many of these artists went on to establish themselves. Joanna Staniszkis and Tamara Jaworska were tapestry artists in Toronto when the practice was unknown. Both made a career of it. Tamara went on to teach at University of British Columbia.

In 1979, she left Merton and moved to the Harbourfront Centre where she worked as Coordinator of the Craft Studio. In 1991 she became Craft Projects Manager. In the same period, in 1994, 1998 and 2002, she taught “The History of Craft and Design. From 1995 to 2000 she taught “grant writing” and “marketing for the visual arts” and from 1995 to 2002 “The History of Botanical Drawing” both.at the Haliburton School of the Arts. She oversaw the conference “Exploring Contemporary Craft History Theory and Critical Writing” in 1999. The papers presented were published in September 2002 and later reprinted by Coach House Press.

In 2003 she moved to the position of Manager Special Crafts Initiative. In the Fall of 2004, the symposium “Curatorial Practice and Critical Writing” was organized in conjunction with the Craft Council of Denmark. It was part of a major exhibition of Denmark culture held at Harbourfront Centre. In February 2006, a symposium “Canadian Craft Pioneers Historic and Contemporary” was organized. This time the papers were published by the Canadian Museum of Civilization.

She was a member of the Board of Directors for the Textile Museum of Canada, Professional Art Dealers of Canada, and Ontario Crafts Council, President of the William Morris Society of Canada, a juror for exhibitions and awards including the Canada Council for the Arts, Ontario Arts Council, a curriculum advisor to Georgian College Jewellery Studio, the Sheridan College School of Craft and Design, and member of the programming committees of the William Morris Society of Canada and the Canadian Society of Decorative Arts.

A conversation between Jean McMaster, Robert MacMillan and Wayne Morgan at Harbourfront Centre on 5 December 2006. 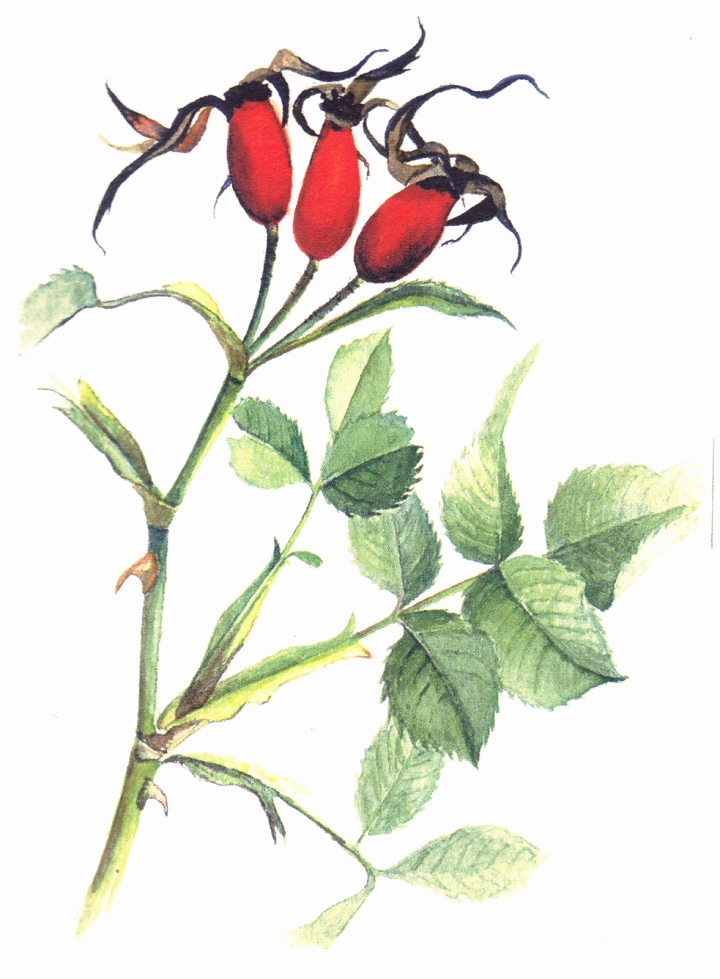 Rose Hips from a greeting card created by Jean McMaster 2006.

I cannot be absolutely sure the “Captain Marvel” Below is the work of Jean McMaster. I can only say that these were done during the time of her employment at Anglo-American, and that she was responsible for “Captain Marvel”. 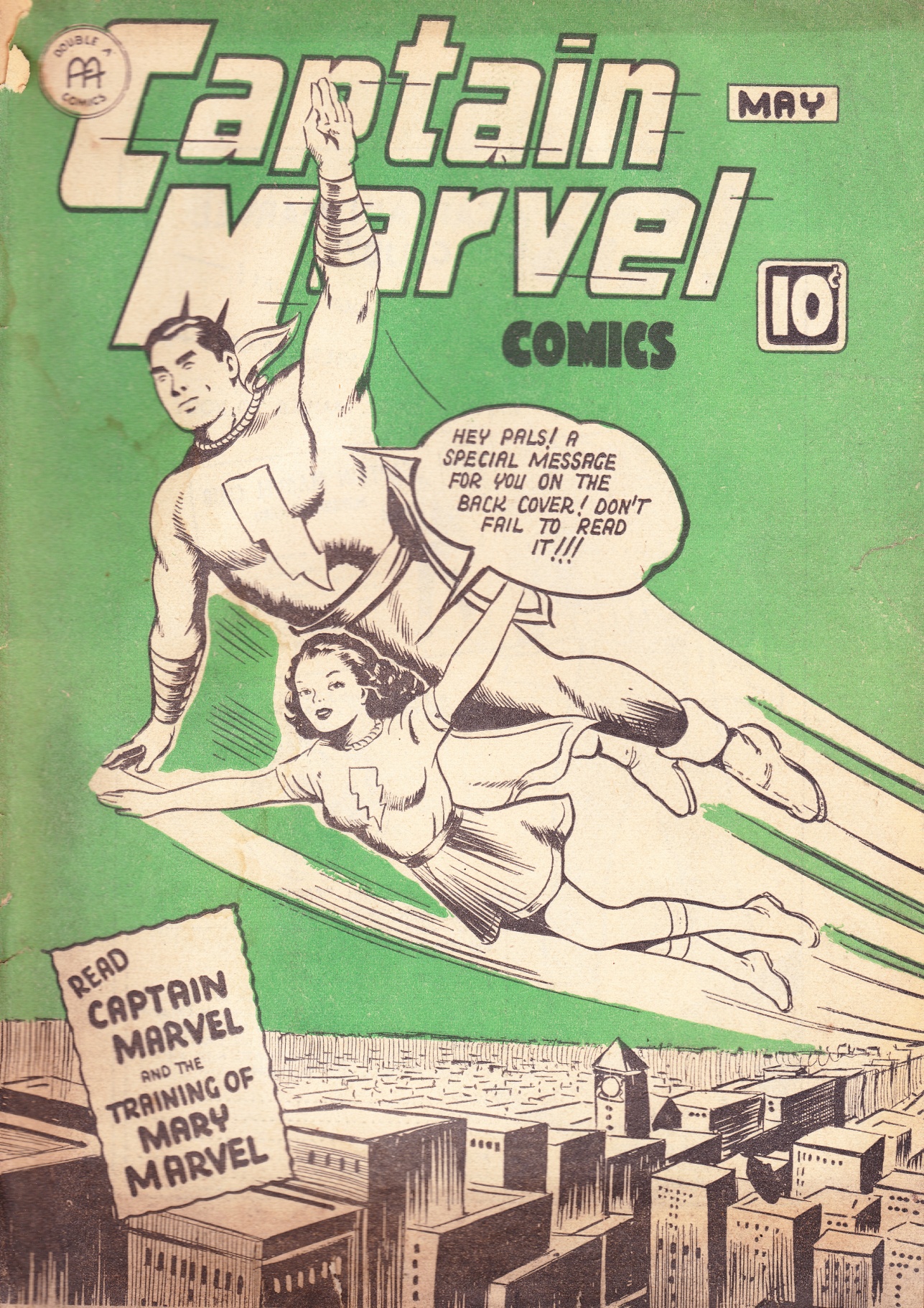 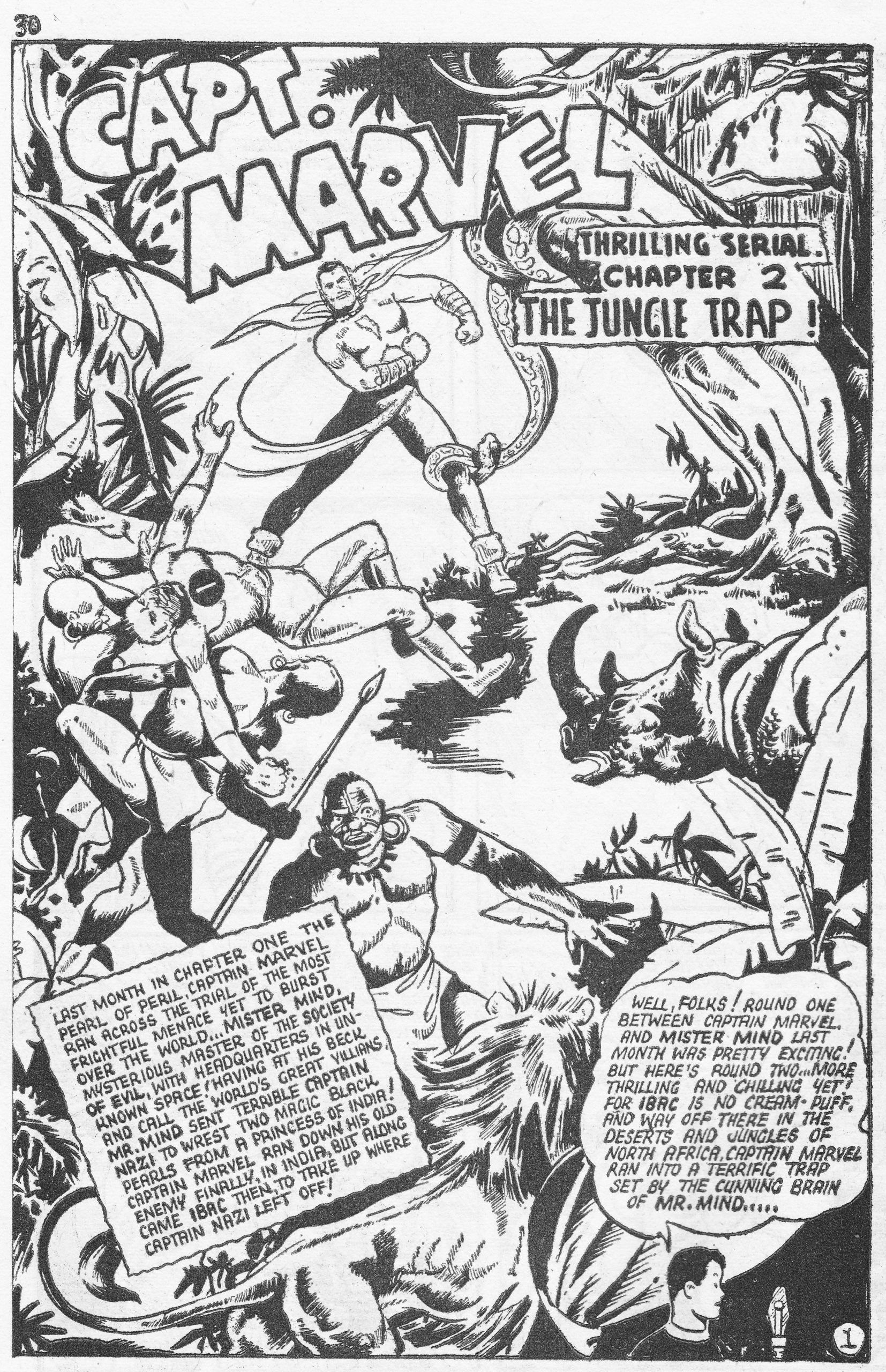 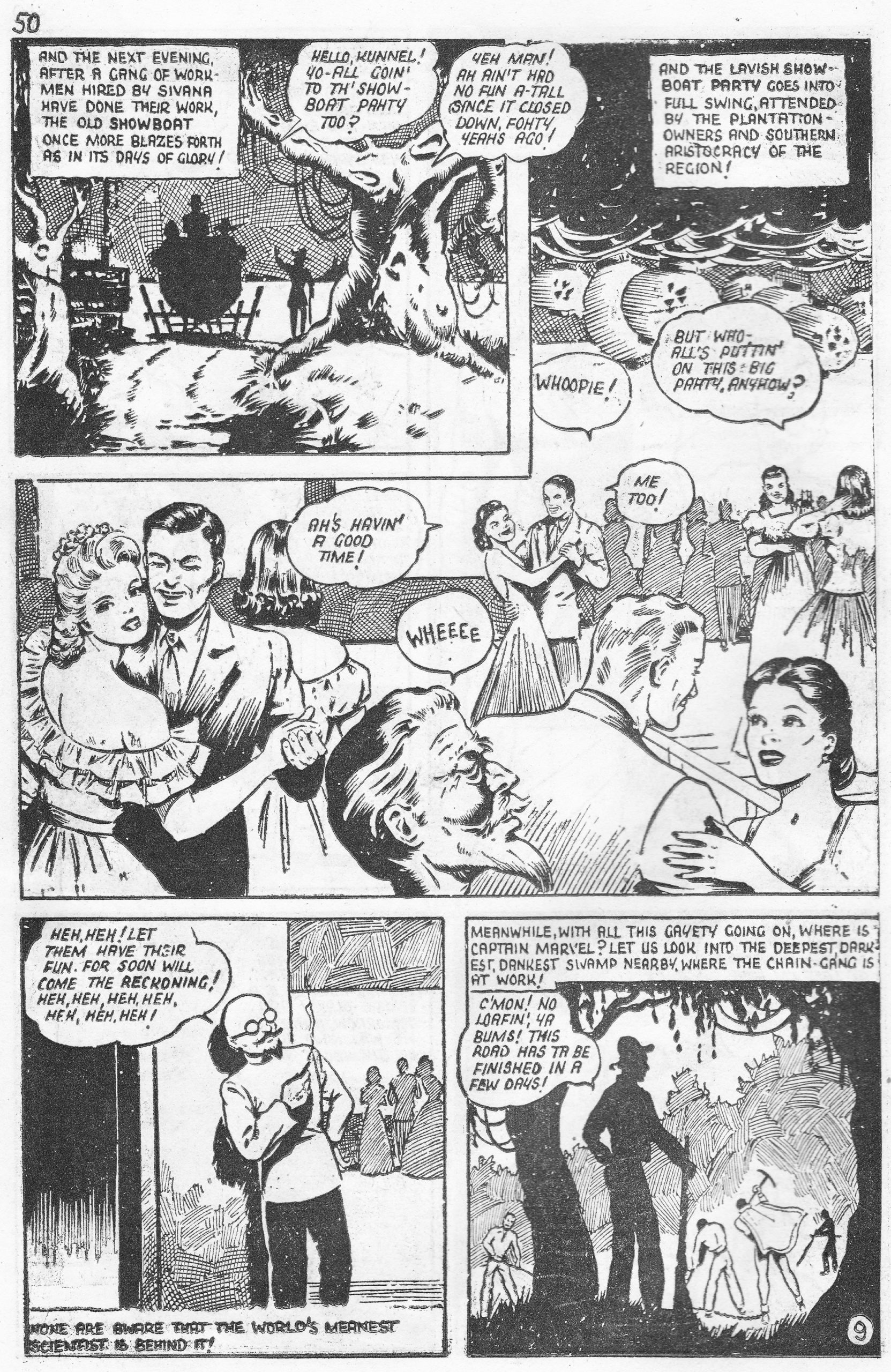 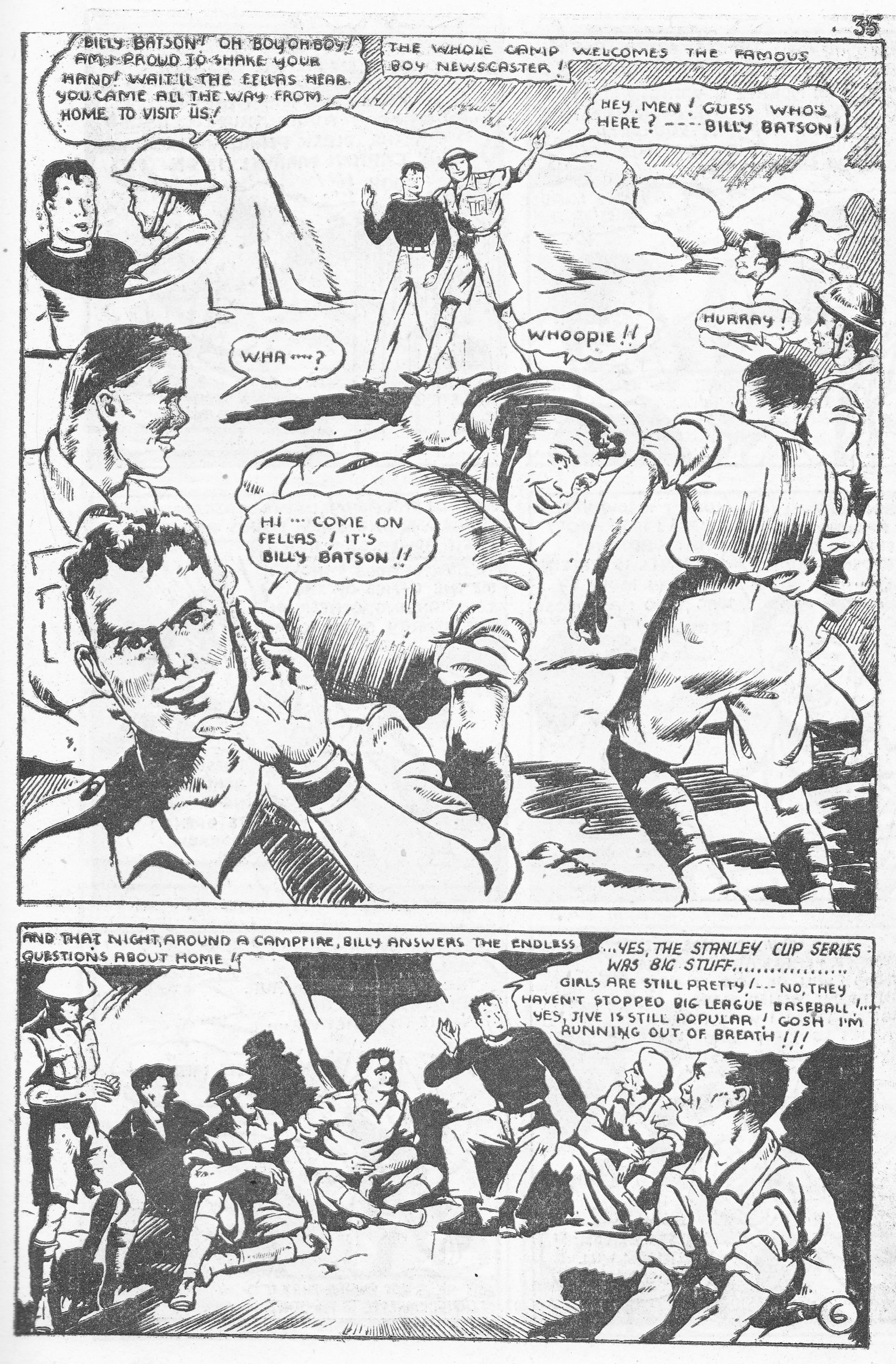 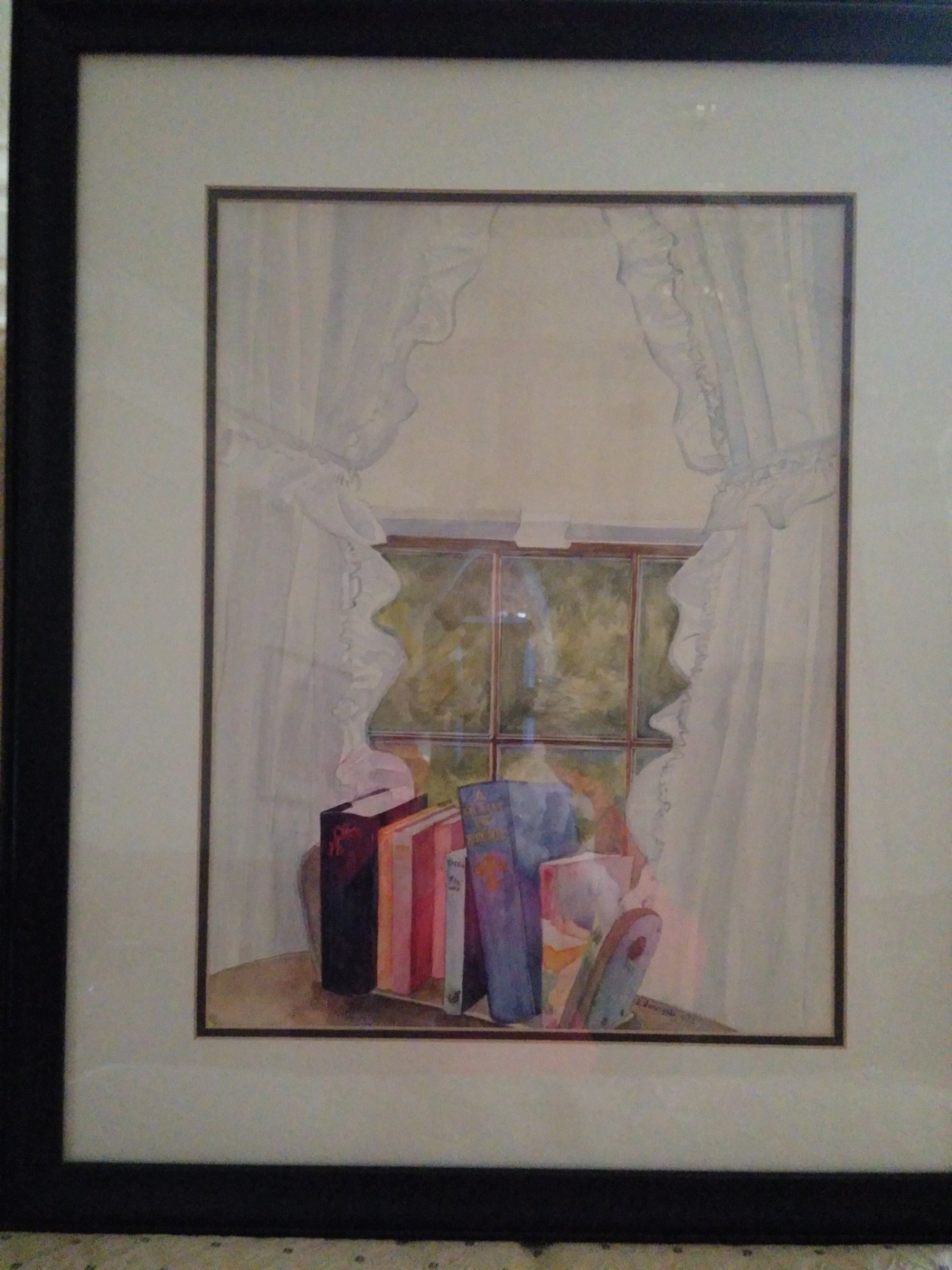 This watercolour by Jean McMaster was done while she was visiting Betty Mercer (Atkinson). The window was in the bedroom of Mary J. Atkinson (Neill) the daughter of Betty.