The first evidence of Joan Banfield’s involvement in Anglo-American comes from her signature on the “Pte. Penny” cartoon in the January 1943 edition of Grand Slam. From the quality of the illustrations, there can be no doubt she was already an accomplished artist. Her signature appeared only in this issue. For subsequent issues the contributor to “Pte Penny” stories was unidentified although from the illustration style, it is reasonable to conclude it was still June. It would appear the character and stories came from Fawcett Publications scripts.

The character disappeared from Grand Slam after the March 1943 issue, probably because June’s time was consumed by drawing “Freelance” and “Kip Keene”. According to Ed Furness, she and Priscilla Hutchings took over the finished drawing of “Freelance” and June drew “Kip Keene of the Mounted”. He remarked she had a very fine brush line.

Ed remembered that she couldn’t wake up in the morning and was always coming in late. Even getting her an alarm clock didn’t help but she always stayed late at night after the others were gone and got her work done. He also remembered that years later he attended an exhibition of her paintings. She had married by that time and her name was different. Unfortunately Ed couldn’t remember it.

From interviews with Ed Furness. 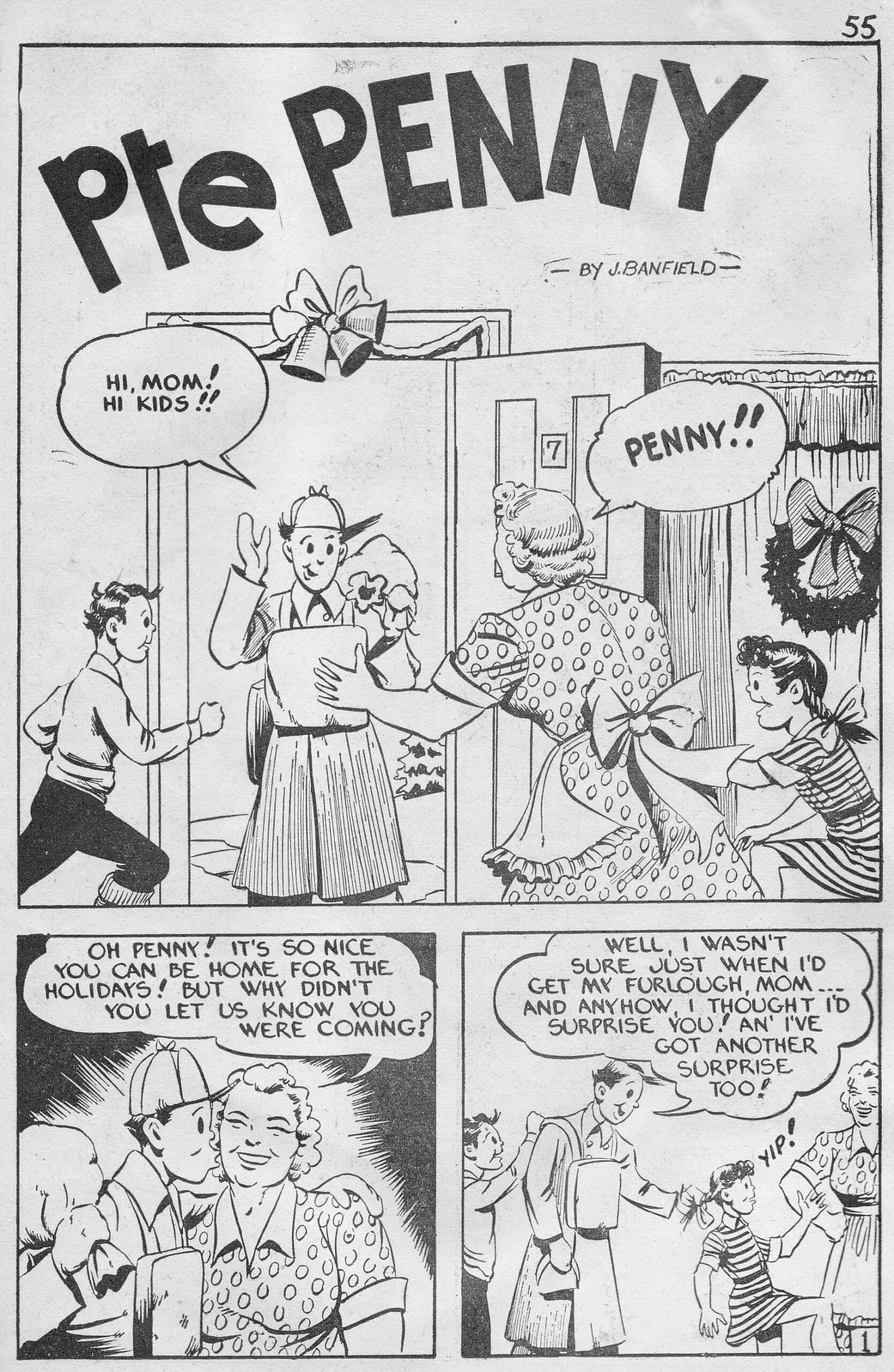