MEN OF THE MOUNTED

On February 11, 1933 there was a announcement in the Toronto Evening Telegram, that a new adventure cartoon strip “Men of the Mounted” would appear on February 13, 1933. This was journalist Ted McCall’s first effort at writing cartoon strips although he had previously wrote adventure stories for boys. For “Men of the Mounted” he wrote stories based on actual events. Harry Hall, an illustrator at the Evening Telegram handled the visual aspect of the strip.

The following year McCall succeeded in making an entry into the U.S. market when Whitman Publishing brought out a Big Little Book, Men of the Mounted in 1934. Here one gets a good look at McCall’s writing skills. The pace of his narrative was at break neck speed. His characters barely got out of one life threatening situation before they were in another. But, it was the underpinnings of his stories that were the most interesting. His focus was on the mounted police as an institution. His stories were about the front line men, the constables and the corporals but at the same time he never let you forget they were part of a larger organization. He also never let you forget that they worked as a team. In the Big Little Book, Corporal Rand is saved by Constable Lanky Booth and in turn saves Booth. They are both saved by the Indian guide and in turn the guide is saved by Rand. Although McCall uses the famous phrase “Get your man.” in the story he emphasizes the Mountie as a protector and an upholder of “Maintiens le Droit”. Although Rand and Lanky are after cattle rustles they take time out to save a family of settlers from a prairie fire and to defend a horse thief from cowboys looking for vengeance.

As told by the Donaldsons, in-laws to McCall he tried to get “Men of the Mounted” syndicated in the United States. He submitted his idea to King Features who told him they already had an idea from Zane Grey; they weren’t interested. McCall always believed his idea for which he had no copy write protection in the U.S. was stolen by King Features. McCall has justification for his suspicions. The team of Zane Grey writer and Allen Dean illustrator only began a Sunday page for “King of the Royal Mounted” in February 1935 two years after “Men of the Mounted” had begun with the Evening Telegram and about one year after it had appeared in the U.S. market as a Big Little Book. “King of the Royal Mounted” did not appear as a daily strip until March 1936.

Nevertheless there are significant differences between McCall’s “Men of the Mounted” and King Feature’s “King of the Royal Mounted”. Essentially “King of the Royal Mounted” is a U.S. Marshall wearing a red serge jacket. He is the American ideal of the lone lawman/vigilante focused on conquering the forces of evil and only incidentally in protecting the vulnerable. Even the name “King” denotes a kind of superior being in control of his surroundings. Compare that with McCall’s “Men” which denotes more human individuals working in teams to prevent harm befalling others. It is obvious that McCall got the mythos of the R.C.M.P. right while the King Feature missed the mark.

“Men of the Mounted” ended in the February 16,1935 edition of the Evening Telegram (note the coincidence with the entry of “King of the Mounted” into the market). It seems that McCall concluded that a cartoon strip for the Canadian market alone was not viable. Within a few months he had a new strip “Robin Hood and Company” published  in the international market. For this strip he partnered with Charlie Snelgrove another Telegram illustrator. Harry Hall in turn went on to produce a humorous strip “News ‘n Nonsense” published in the Evening Telegram.

Although “Men of the Mounted” had ended as a cartoon strip its career was not over. About seven years after 1935, McCall brought it back to life in Anglo American’s Three Aces Comics, 1-8, September 1942 by the same method he used for “Robin Hood and Company”. He republished the newspaper strips. They continued to Three Aces Comics, 2-8, September 1943 where the last panels coincide with the last panels of the strip in the Evening Telegram February 16, 1935.Reprints from the Evening Telegram also appeared in Robin Hood 2-2, May/June 1943 and 2/3, July/August 1943.

“Freelance” and “Robin Hood” plus “Men of The Mounted” split to separate periodicals again.

Note that while the periodical is called Robin Hood Comics all of the front cover illustrations for the final coloured editions feature “Kip Keene of the Mounted.”

With Mr. and Mrs Donaldson, brother and sister in law to Ted McCall. 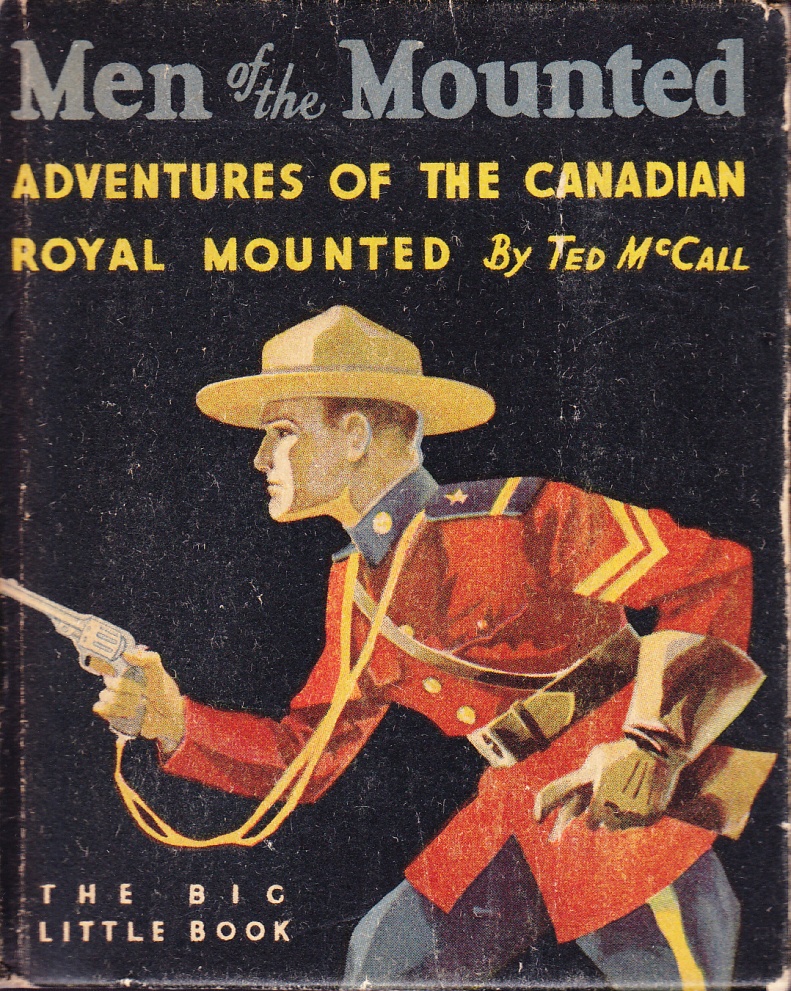 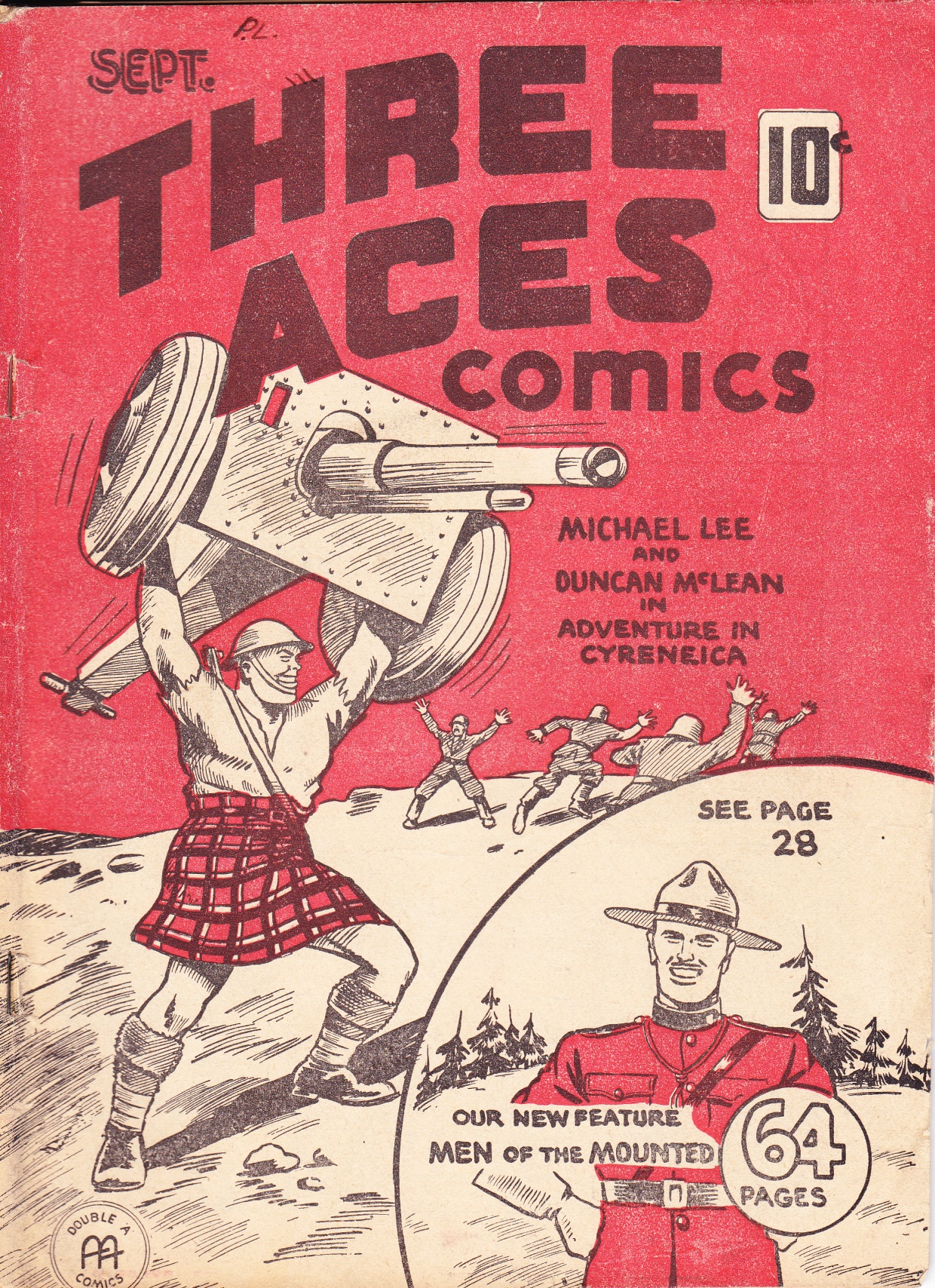 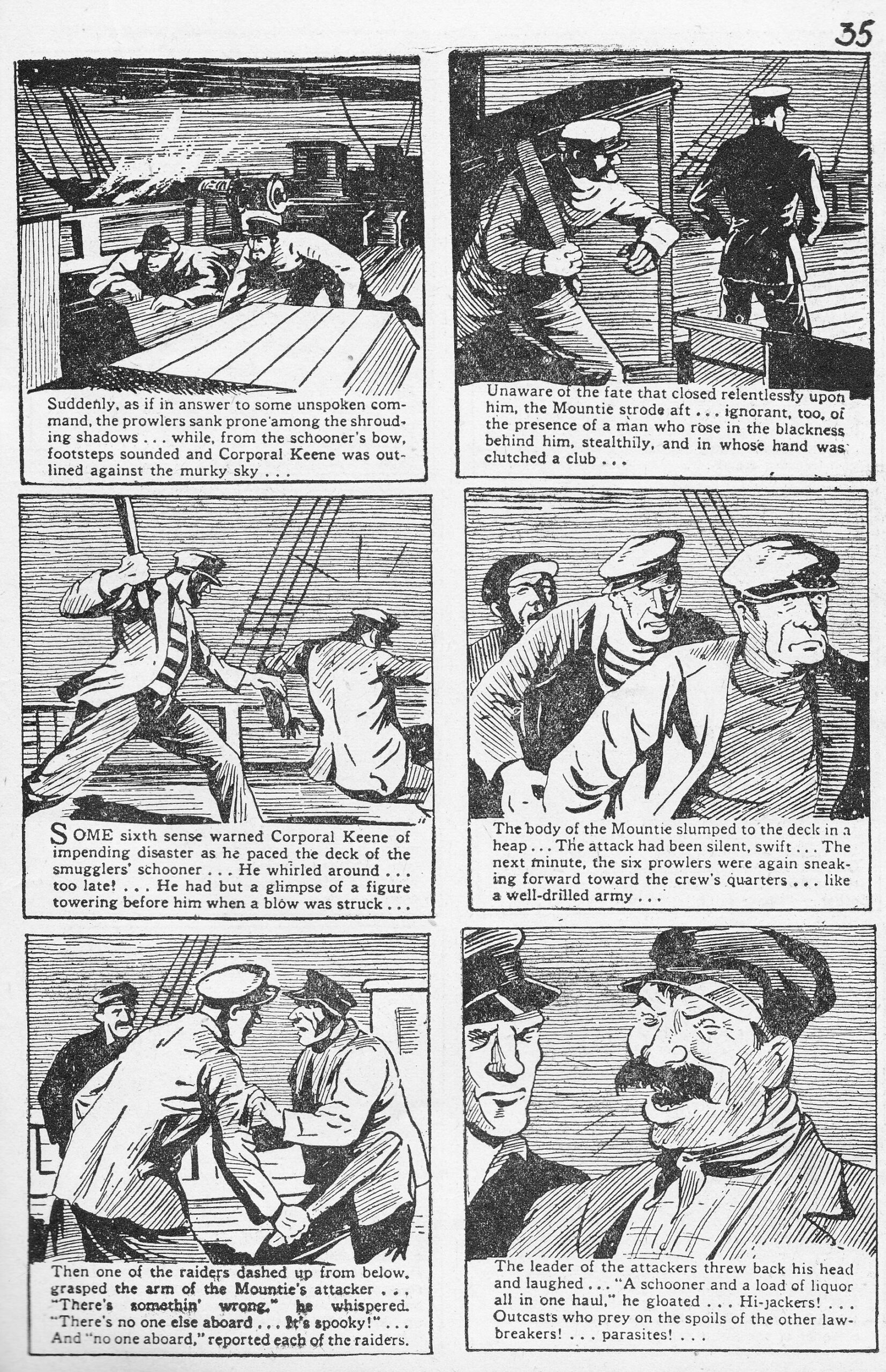 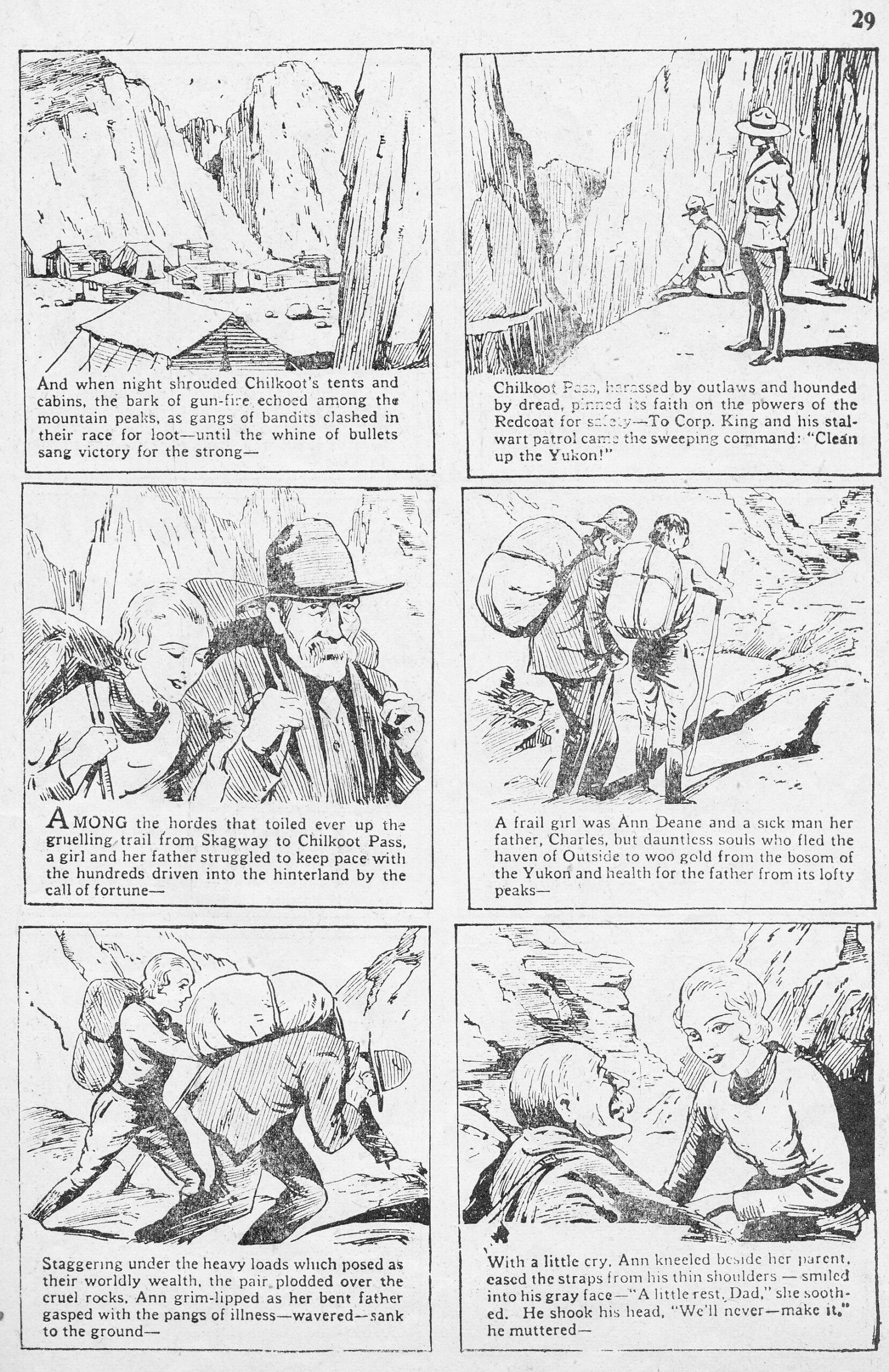 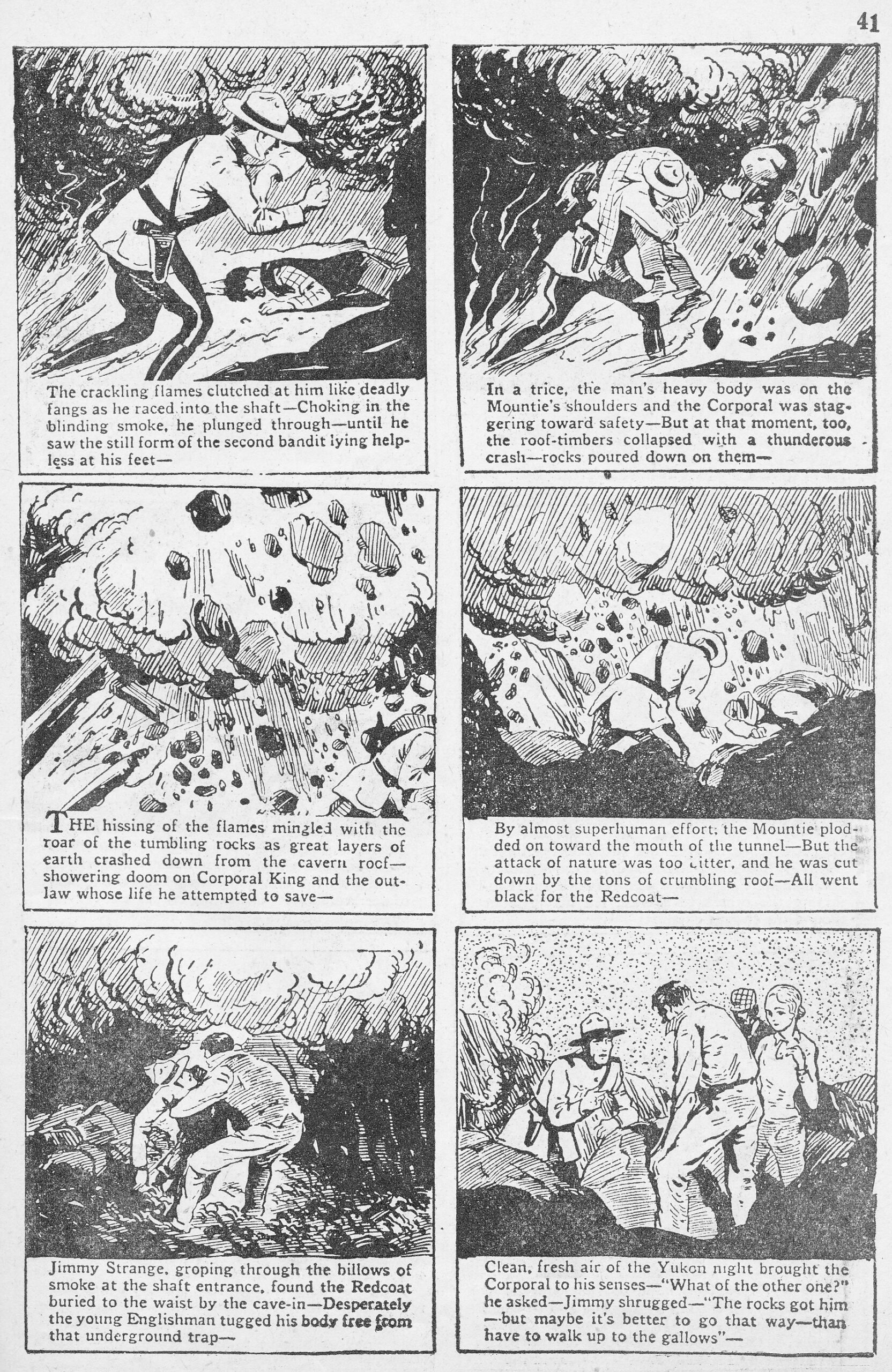 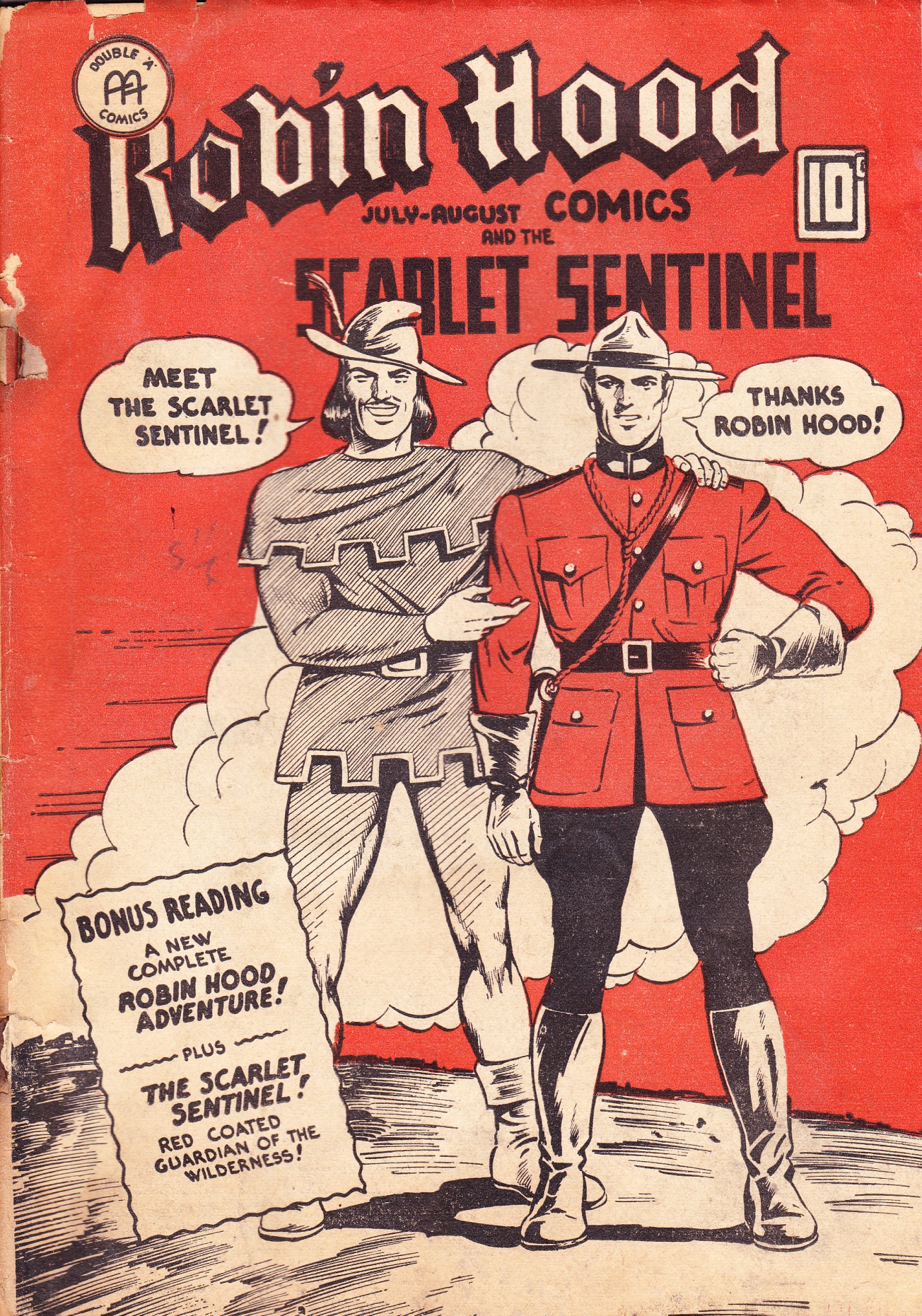 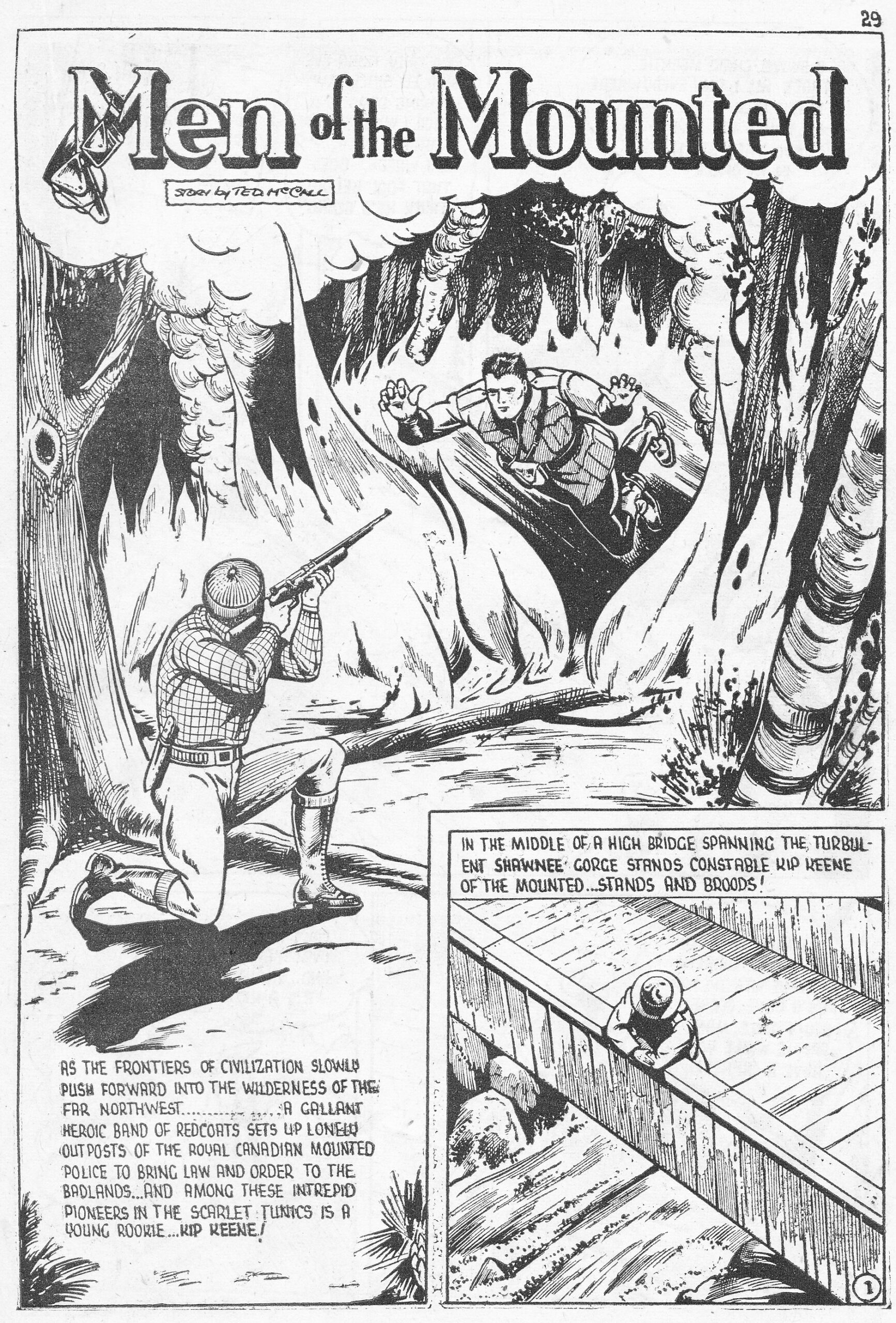 This the first new art. The best sequence I’ve seen in Anglo-American products. Although unidentified probably Ed Furness did the layouts and June Banfield did the finished art. 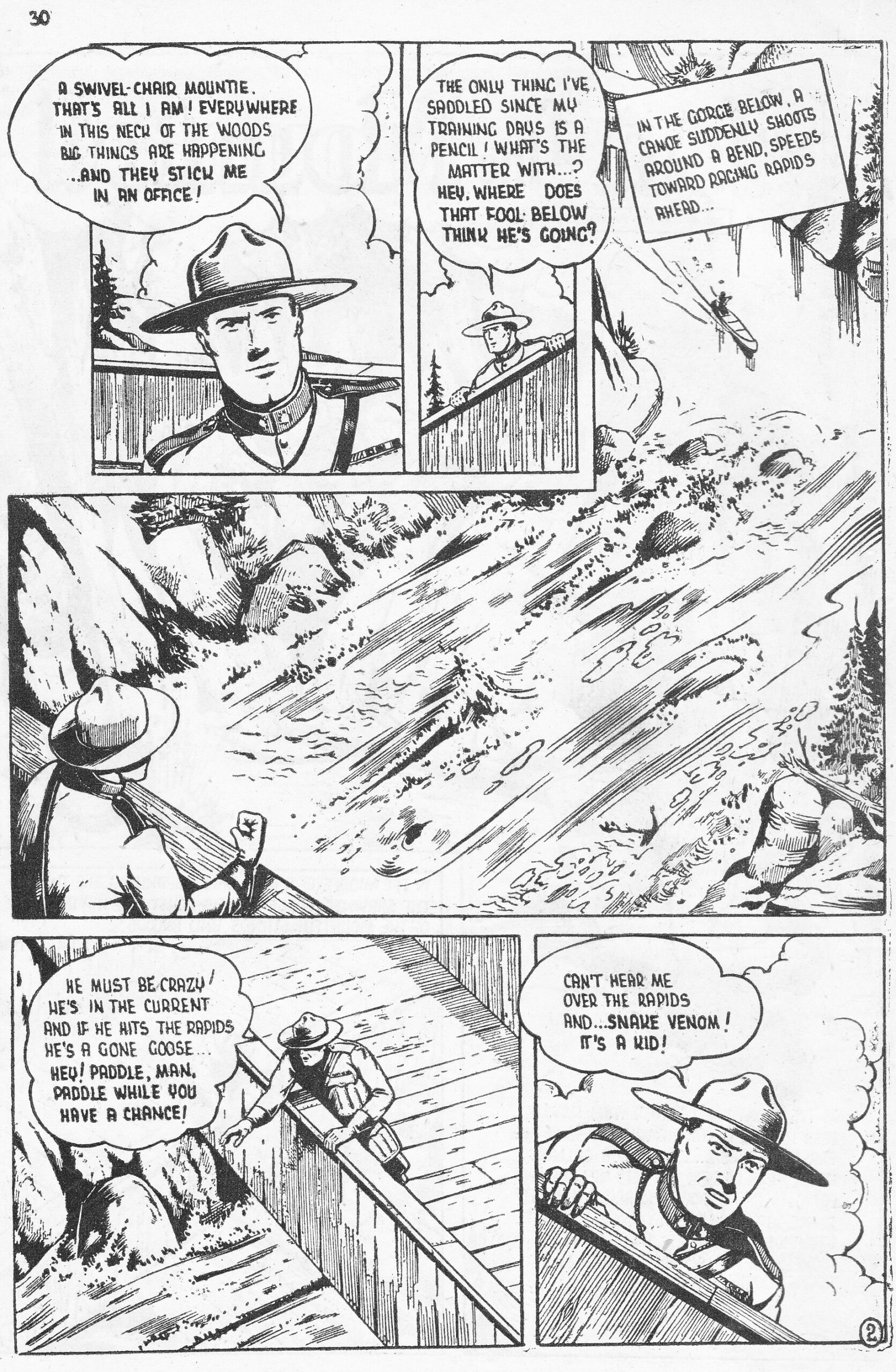 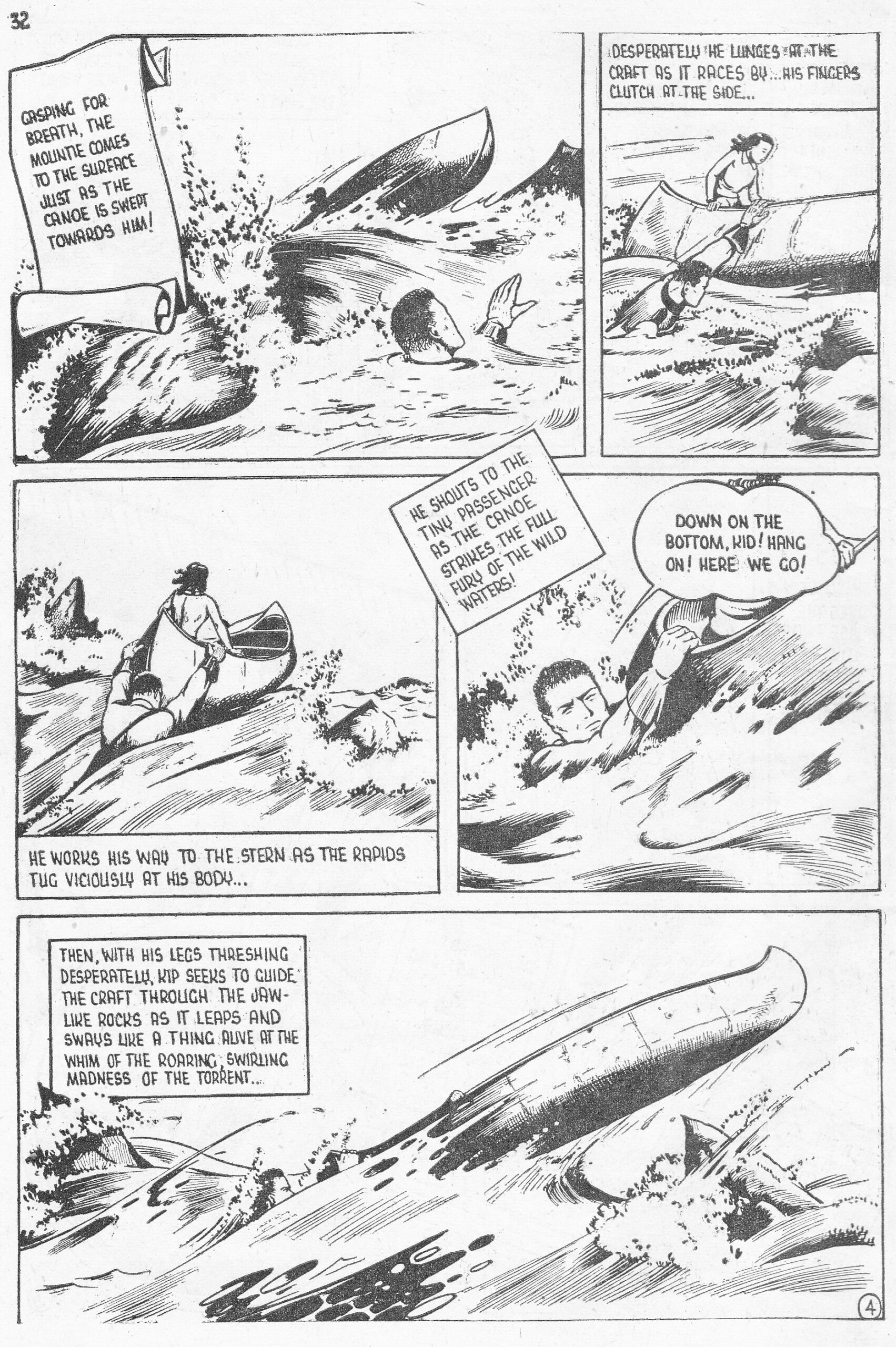 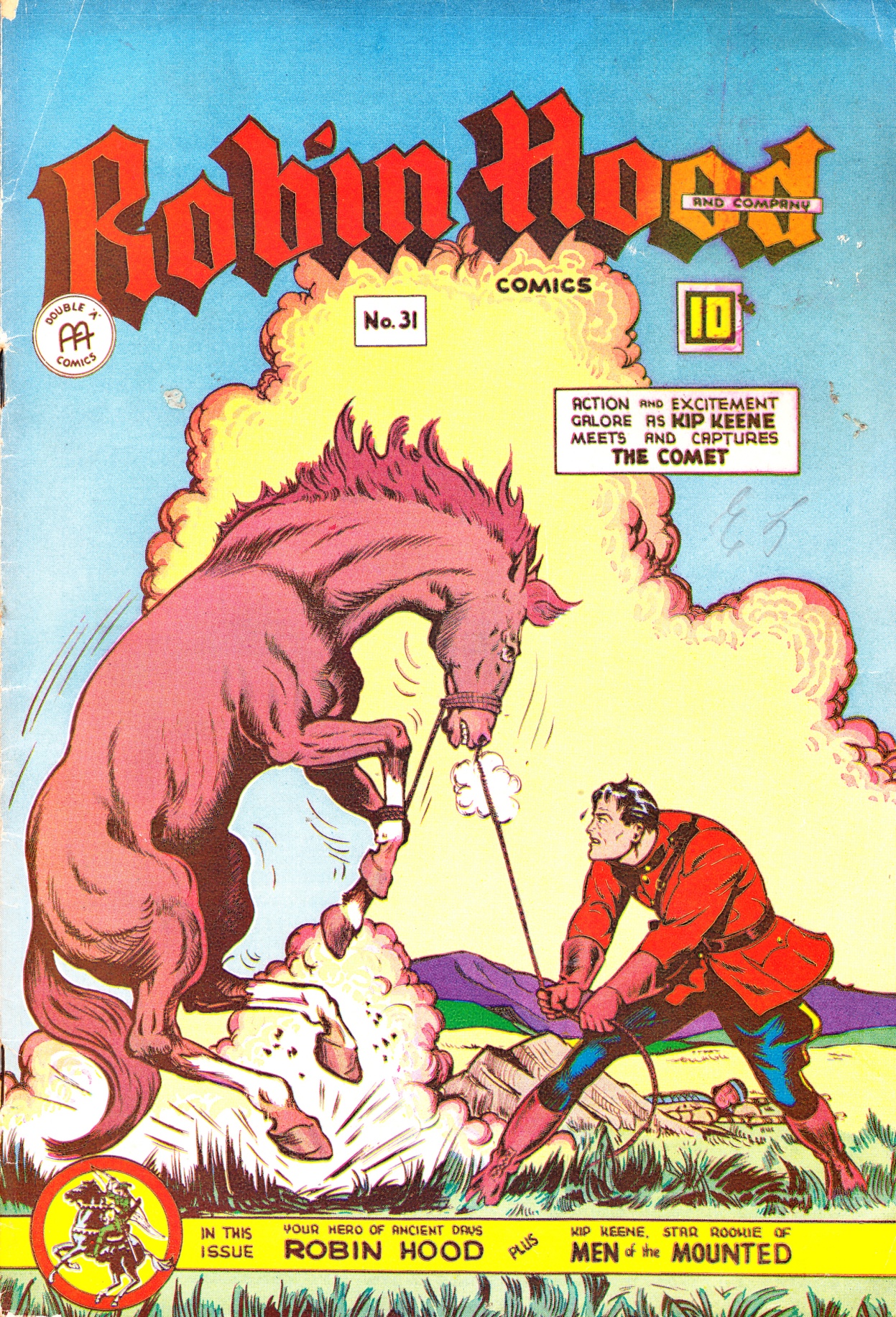 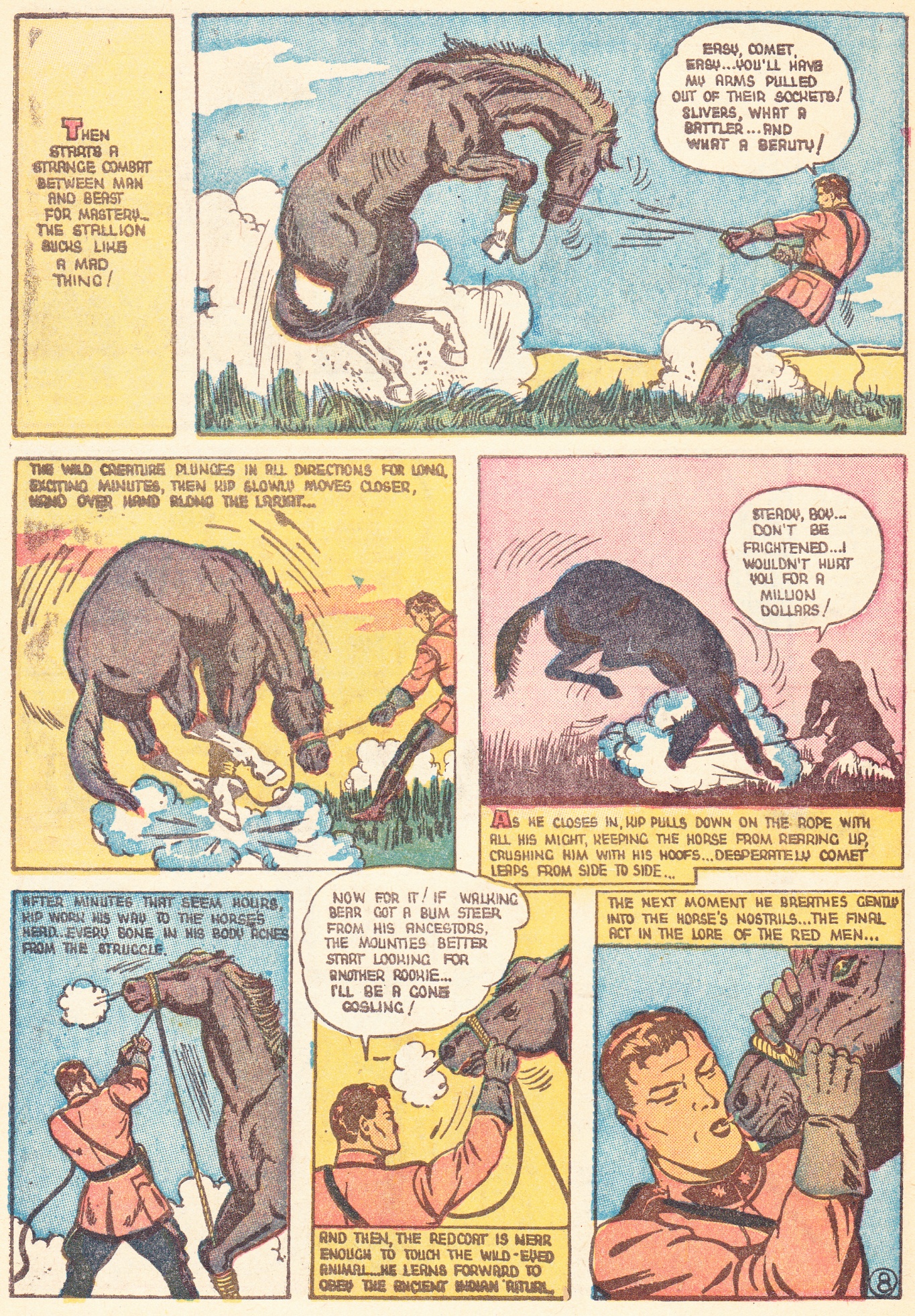 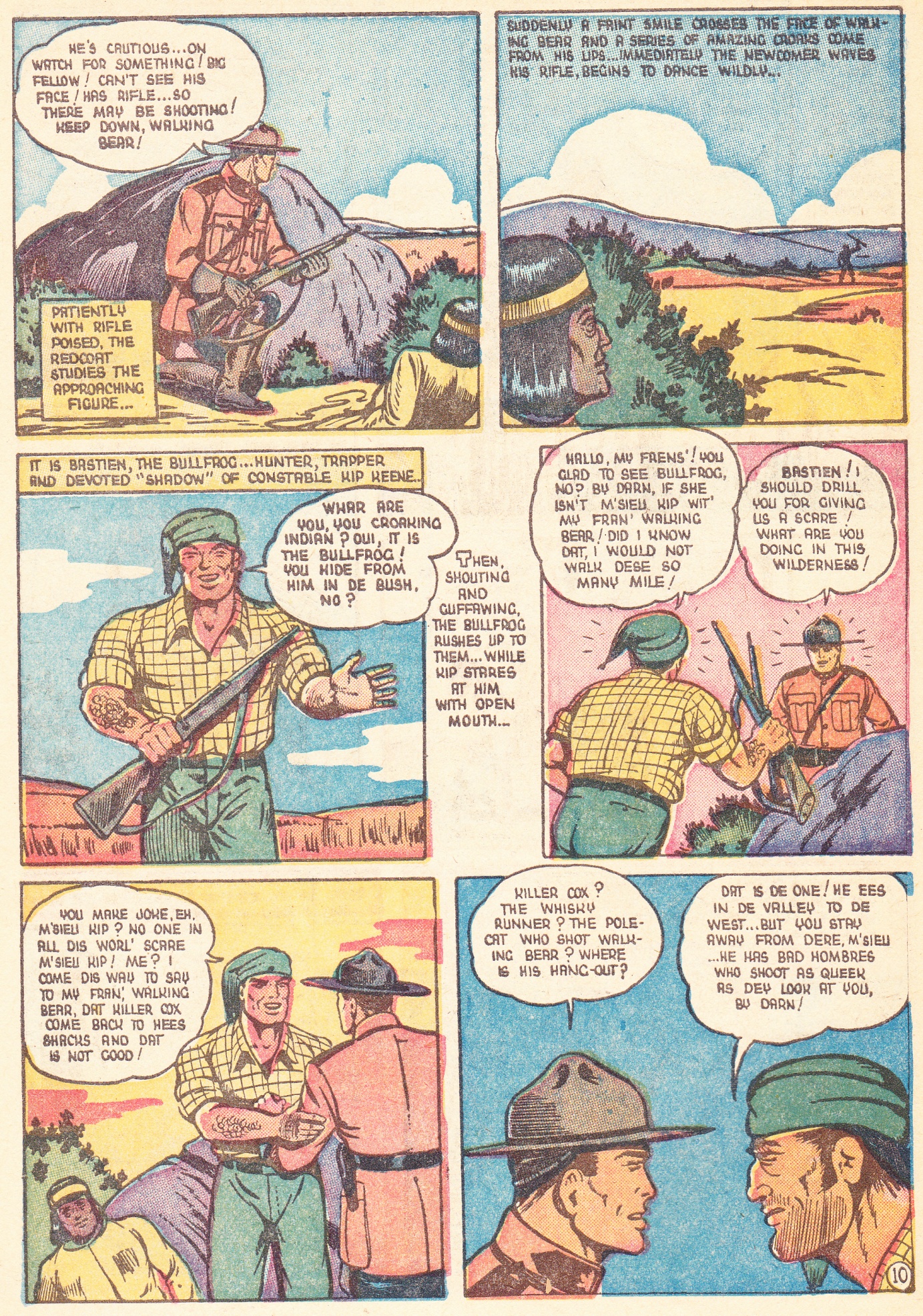 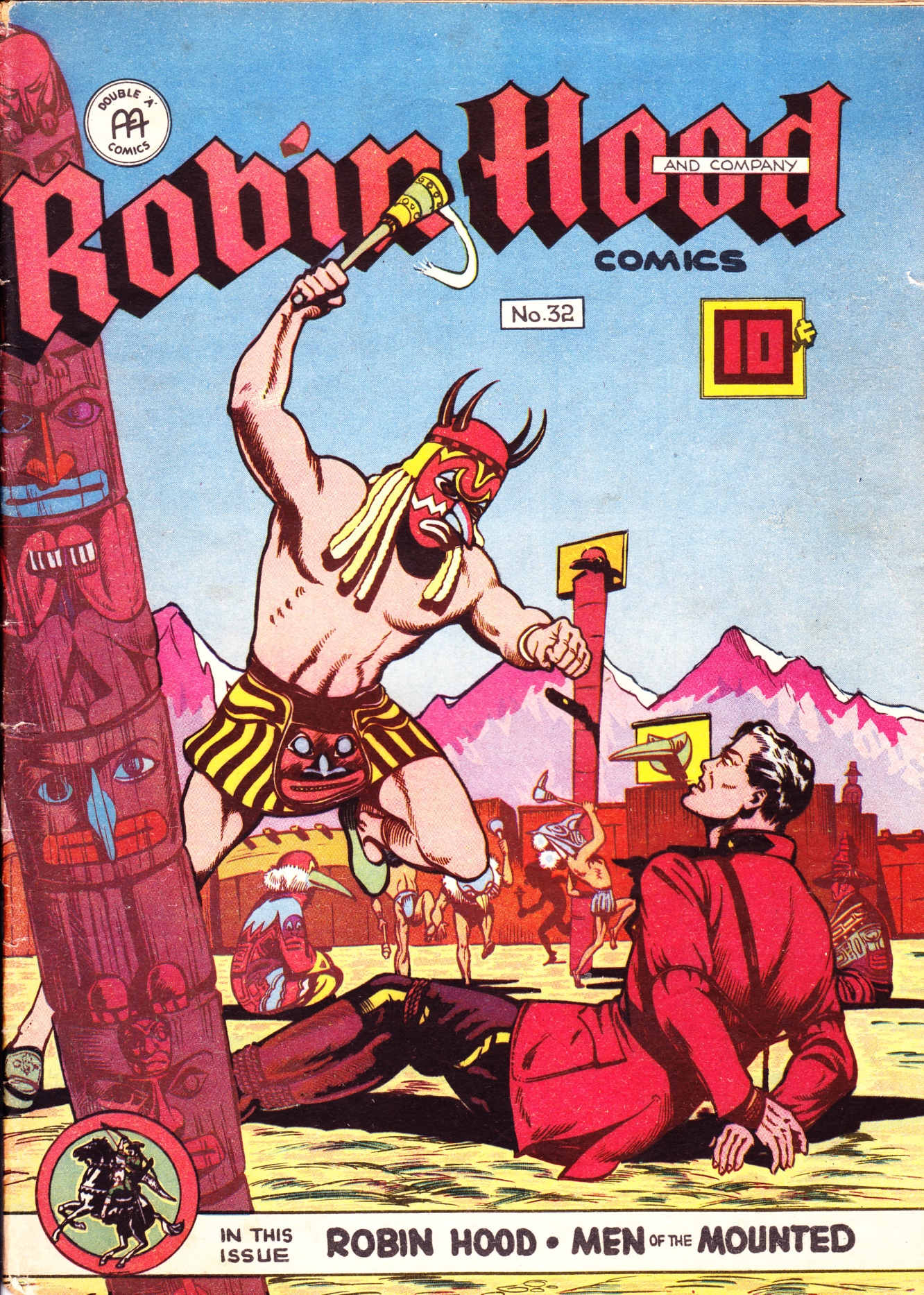 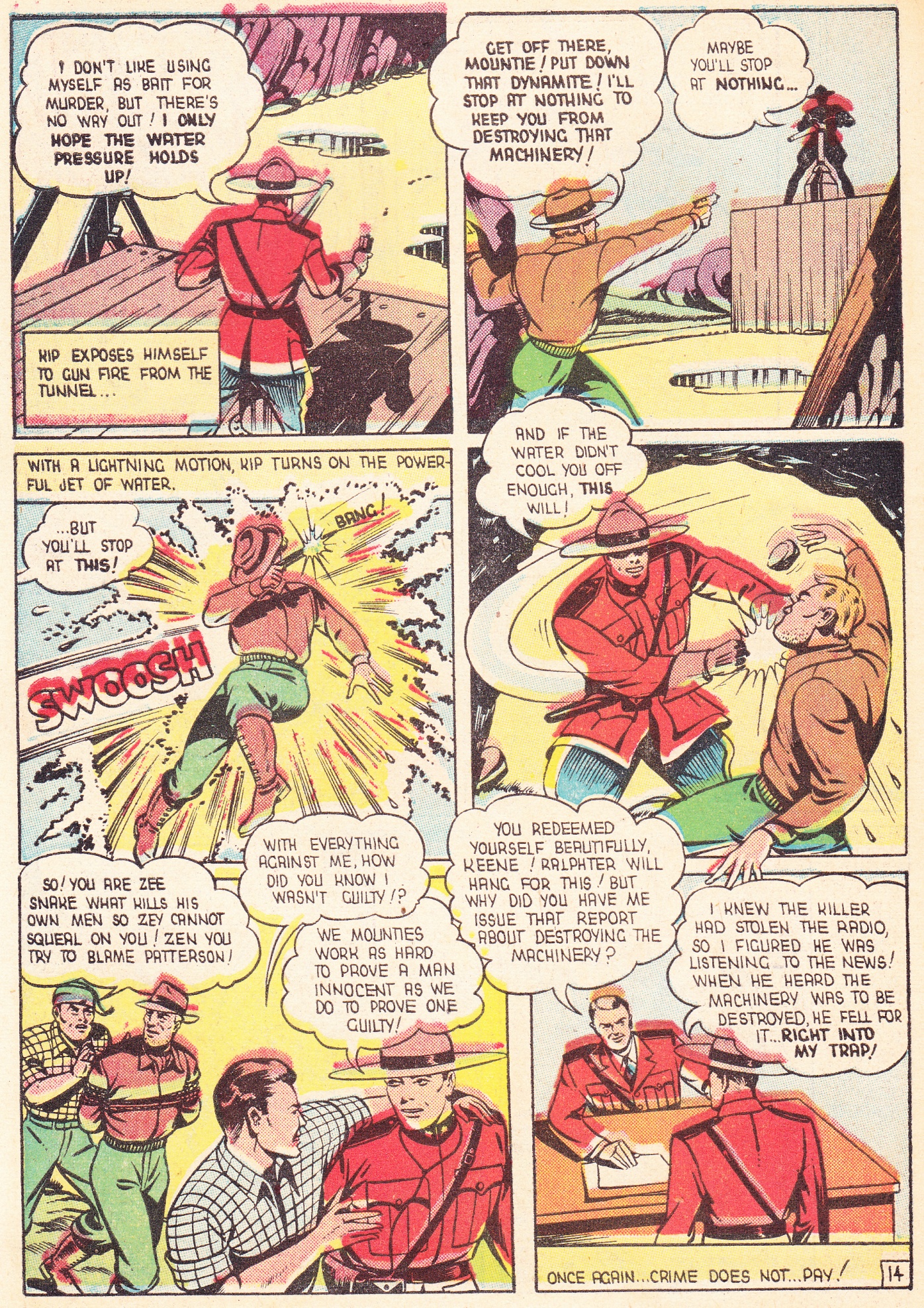