ALI-BABA SCOURGE OF THE DESERT

This graphic story involved writer James Waley, a Sheridan College graduate and founder of Orb, Steve LeBlanc, penciller, Terry Pallot, inks and Ron Kasman lettering fleshing out a story originated by Dave Sim creator of “Cerebus the Aardvark”. The cover on vol. 1, no. 2, was finished by Dale McEown and Ron Kasman over a Dave Sim layout. The cover for vol. 1, no. 2, was done by Dave Ross and Craig Russell. It was published in two issues by Gauntlet Comics, a division of Caliber Press in the U.S. A third issue was completed but never published. 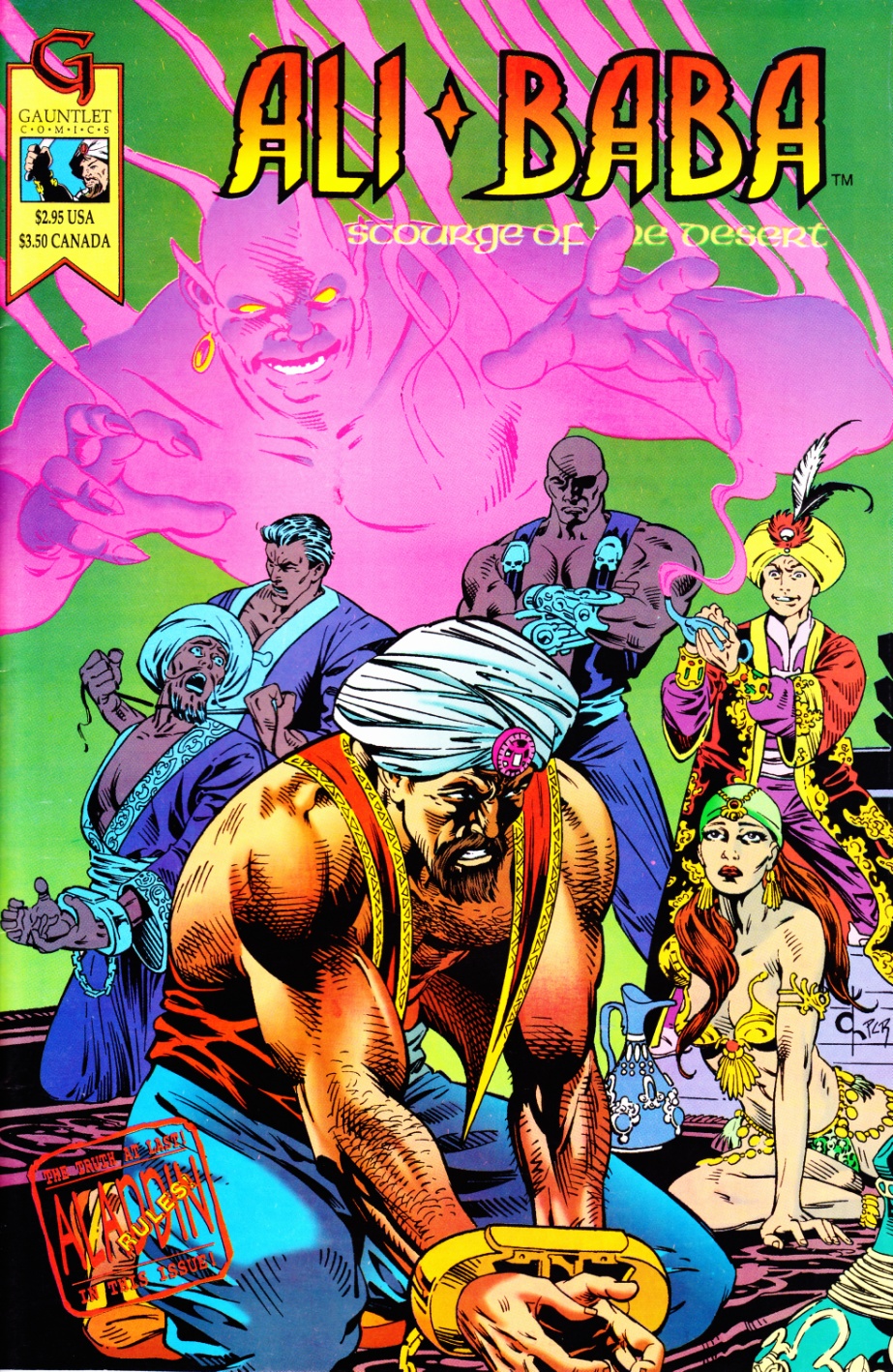