Tony Bravado was created by Dave Darrigo and originally intended as a series of novels. It then was adapted to the graphic serial format. He pictured Bravado as a bodyguard who had worked his way up into the upper echelons of the business working for the wealthy of Europe before he was hired away by Lance Palmer an American billionaire with a string of resorts. Darrigo pictured Bravado as becoming conflicted more and more wondering if the American model of capitalism was the best. One must remember this was back in the late 1980’s.

The first three stories came out in four issues under the comic book title Tony Bravado – Trouble Shooter. The first story was pencilled by Steve LeBlanc and inked by Louis Paradis. The next three stories were drawn by Steve Leblanc alone.

The first issue was published by Renegade Press. The second issue although bearing the Renegade imprint was actually brought out by Special Studio which Dave had organized. Renegade ran out of money and Dave had to pay the printer Preney Press to get the book released. Issues 3 and 4 came out under the Special Studios imprint.

The next Bravado story “Fox Hunt” appeared in Piranha Is Loose number 2, another title published by Special Studios. Peter Grau drew it. About this time Special Studio ceased publication.

The final story was “Gambling With Hercules” and was also drawn by Peter Grau. This story was done for a U.S. based company Alpha Productions under the title The Detectives. Peter was working at Valiant at the time. In timeline this story falls between the end of Special Studios and before Peter and Dave Darrigo did Atomic Overdrive.

Interviews and correspondence with Dave Darrigo. 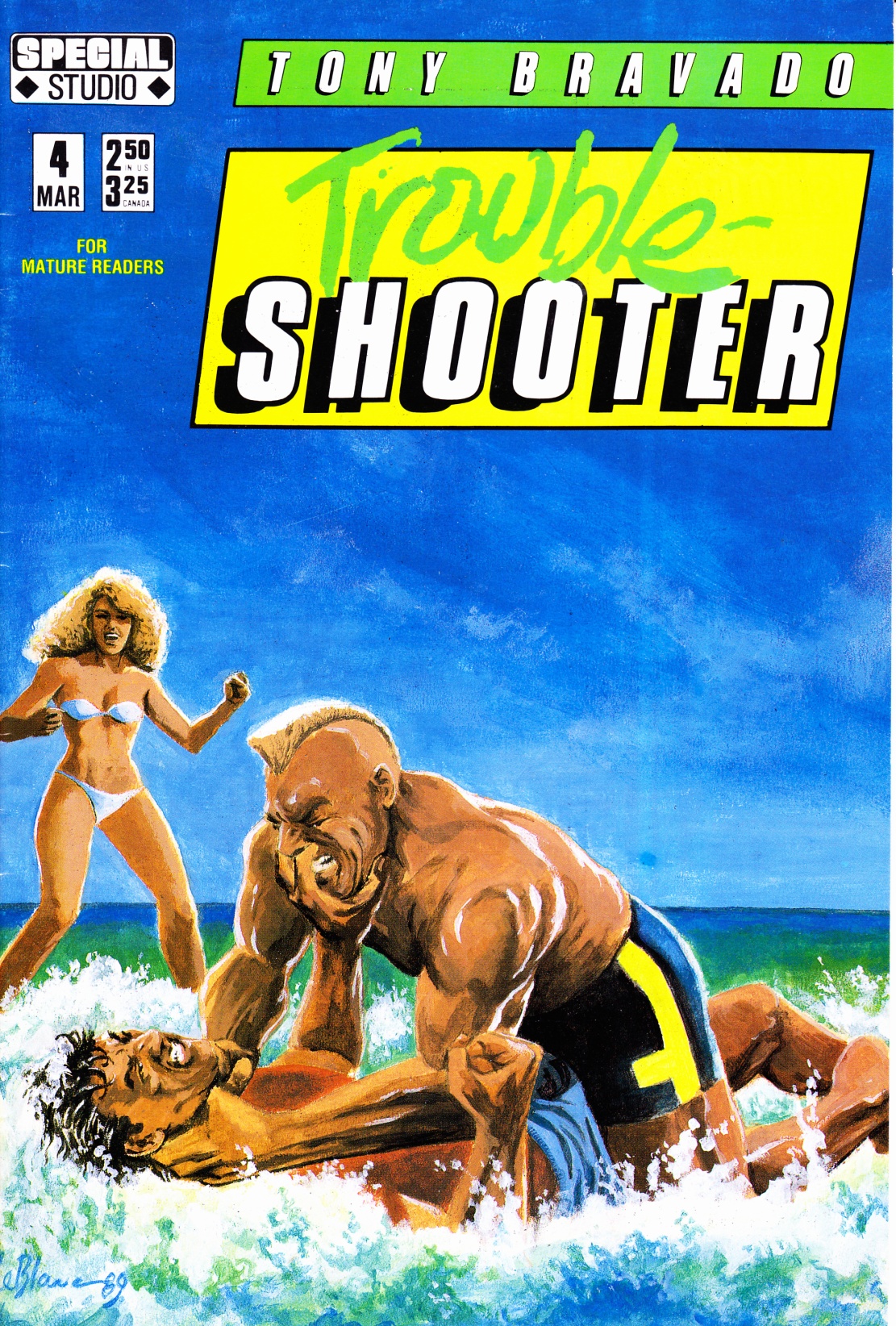