His earliest ambition was to be a writer but Terry Bullen his Grade 8 teacher, who was a skilled cartoonist himself encouraged his drawing. About the same time he saw Harvey Kurtzman’s work in Mad magazine reprints and “…that took my head off.” but “Peanuts” was his biggest influence and today remains “the gold standard” for him. All of this led him to drawing cartoons for his high school newspaper.

In 1978 he went to St Michael’s College at the University of Toronto as a full time student majoring in English but writing articles and drawing cartoons for campus papers, particularly The Mike. These activities forced him to reduce his academic studies to part-time. He finally obtained a BA in English in 1986. In 1981/82 in a camps strip called “Madman” he drew the prototype that would become Tom, the main character in “Fisher” the strip that would appear in the Globe and Mail for about twenty years. Philip was learning some graphic design while working on the campus papers but as a cartoonist he was essentially self taught. To strengthen his skills he took a couple of night courses at the Ontario College of Art. At the College he answered a posting for caricaturists to work for the summer of 1985 at Ontario Place in Toronto. He was accepted and worked there for the next five or six summers sometimes full time sometimes part-time while working at other jobs. He has remarked “After wielding a bullet-point marker for even one summer my ink-and-brush technique had improved beyond recognition.”

In 1989 Street drew up a sample of strips portraying an unemployed English major graduate and sent copies to the major newspaper syndicates and to the Globe and Mail. They were universally rejected but Warren Clements at the Globe and Mail was kind enough to enclose a letter with his rejection. Encouraged Philip sent a second set of samples about a year later but this set was rejected as well. Philip attempted a new idea, a MAD-style adventure spoof called “Rip Trousers”. Clements rejected that idea but gave Street’s first idea a second thought and accepted it. They changed the original name of the strip from “Idiot Mittens” to Fisher” and the strip debuted in the Globe and Mail on June 26 1992.

From 1990 to 1997 Philip worked part-time designing and providing illustrations for Compass: A Jesuit Journal which treated issues from a multiple faith perspective, its board being ecumenical in nature. When a replacement magazine, Voices Across Boundaries, which had many of the people who worked on Compass, was created Philip was invited to continue his role as art director in it. After 3 or 4 issues, however, he had to discontinue as his cartooning duties and studies at Sheridan consumed his available time.

In 1992, while he was working at Compass and cartooning “Fisher” for the Globe and Mail Philip started a intense three year summer program at Sheridan College in Oakville studying animation. The program compressed most of the fall/winter semester into three summer months. In the fall of 1993 he added to his workload “Rip Trousers” the strip he had attempted to sell before “Fisher” was accepted. It was now taken on by the Kingston Whig-Standard and the Saint John Telegraph-Journal. The work load was increased yet again when “Fisher” in the Globe and Mail went from four strips per week to six. The workload was too much. When he returned to his third year at Sheridan in 1994 he dropped “Rip Trousers” which had been going for ten months.

Over 1996 and 1997 he finished his student film Snowfall which won second place at the TVO Telefest competition in 1997 and was selected for the international film festival in Mumbai in February 1998. It helped Philip obtain a job as a Graphic Designer at CBC. It was a three minute film scored by Philip’s brother Eric from a version of Claude Thornhill’s instrumental also called “Snowfall”. It told the story of a young girl alone in her room drawing while the sounds of her parents arguing penetrate the room. As the fight reaches it’s climax the girl enters the world of her drawing to find comfort.

In 1998 Philip joined a group of traditional animators at CBC Toronto where he began work on CBC’s Sesame Park, a Canadian version of the U.S. program. In it live action and animated segments added Canadian culture and bilingualism. The animators were essentially making short films. They storyboarded ideas, designed characters and created the finished animation. When Philip arrived the department had just made the transition from painting cells and shooting them on film to digital ink-and-paint and compositing. Snowfall was the only film he made that was actually on film.

The CBC graphics department handles animation, motion graphics, print, illustration, visual effects and compositing. After Sesame Park, Philip went on to create animation for Sesame International and CBC Kids. He also did the animation on “Weight of the World” for The Nature of Things, and the animation in The War of 1812: Been There Won That.

In the fall of 2009 until early in 2012 he directed 76 Peter Puck episodes for the Hockey Night In Canada’s pre-game show. During each hockey season in that period the small production team completed an episode a week. Philip translated the script to storyboards and oversaw the voice recording, computer and 2D animation, compositing and sound mixing. 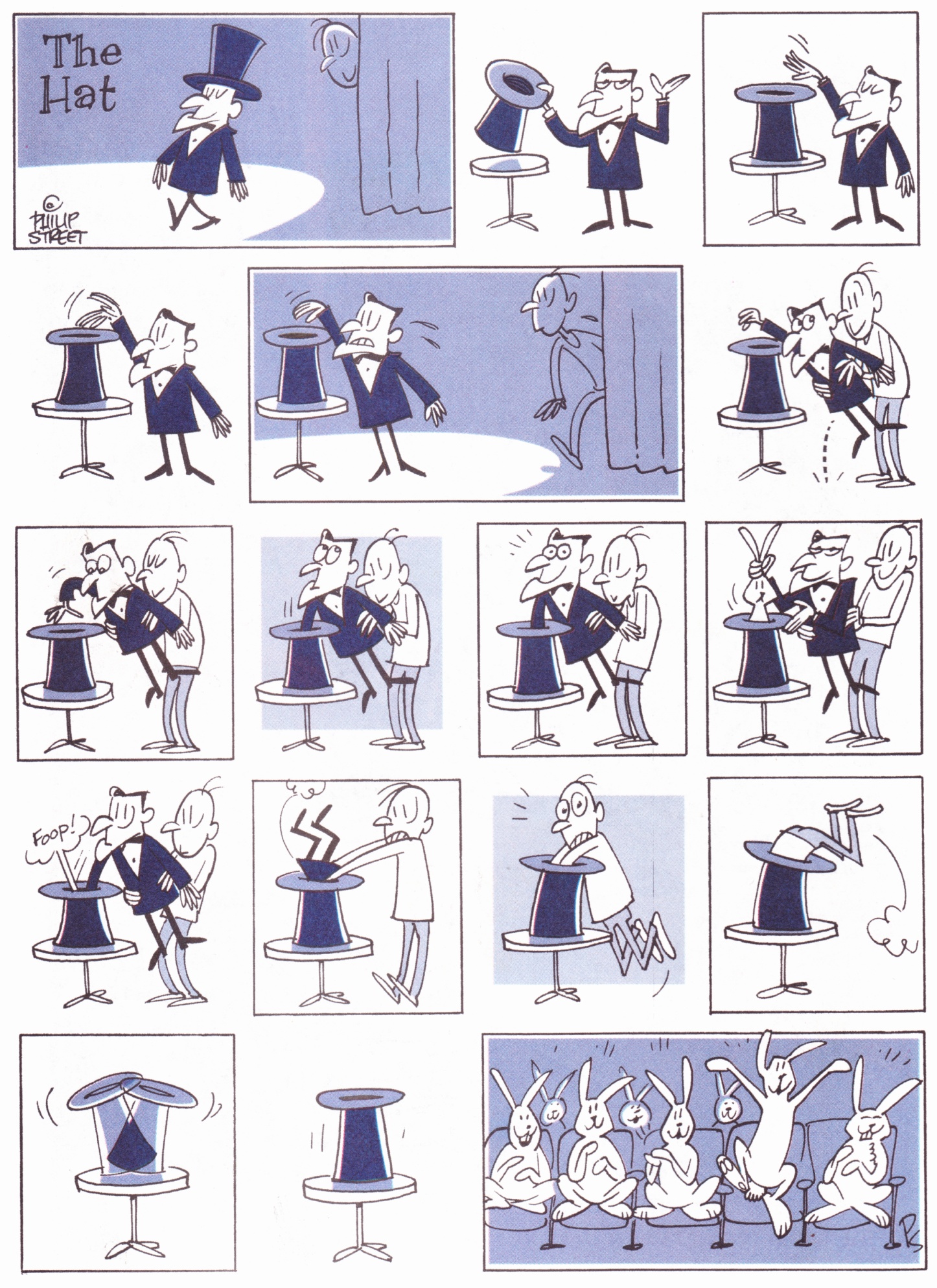