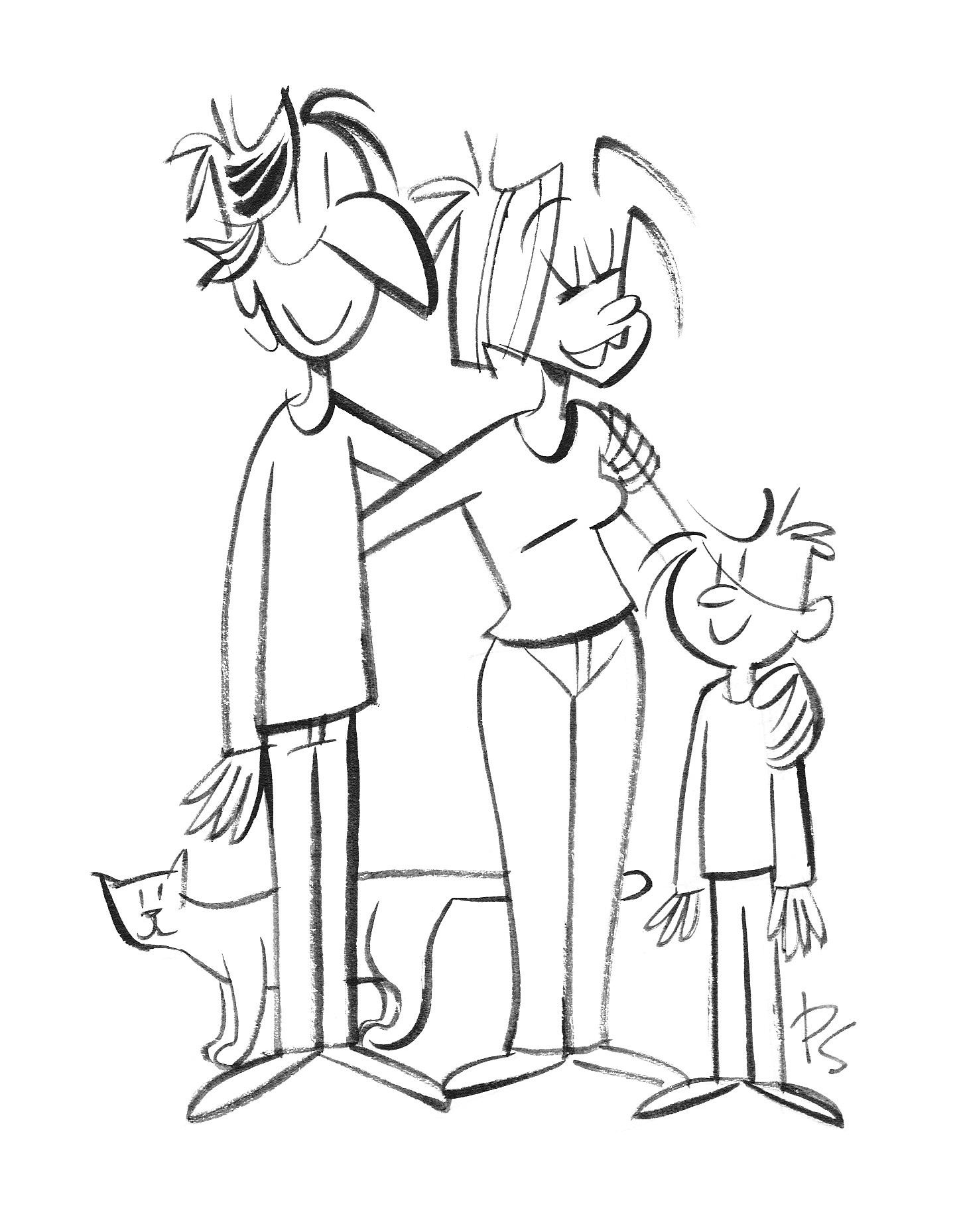 A humourous cartoon strip created by Philip Street which has appeared in the Globe and Mail from June 26, 1992 to September 8, 2012. It began running four days a week, alternating with Warren Clements’ “Nestlings”. About a year and a half later it began appearing six days a week and has continued this frequency since. It is exclusive to the Globe and Mail.

Fisher began as an unemployed English major in his mid-twenties trying to get his life started. Over the next two decades he moved into a shared household in Toronto, eventually got a job as a writer in an advertising agency, fell in love with Alison, got married, bought a house and started a family.

Although “Fisher” is a kind of alter ego to Street sharing Street’s opinions and sensibilities and some of his experiences in general terms, it is not strictly autobiographical.