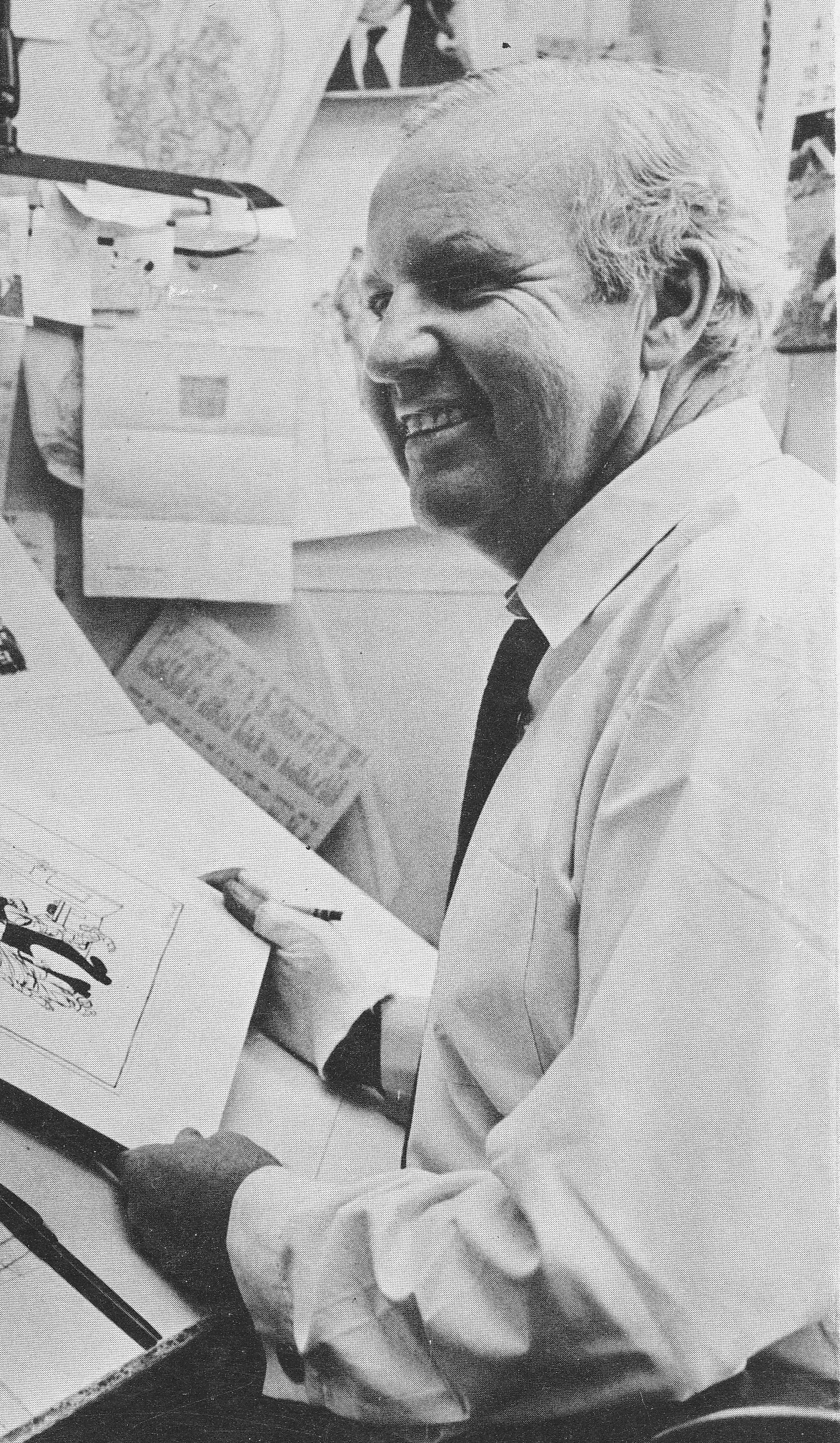 He worked briefly for a commercial art studio then moved to Winnipeg. He joined the art department of the Winnipeg Free Press where he drew wild flowers at two dollars a drawing or $15 a week, depending on who you read. Shortly after, he submitted to G. V. Ferguson, a cartoon which was published. It was considered so good by both Ferguson and Frank B. Walker that he was hired as a staff member in the editorial department where he assisted Arch Dale. At $18 or $20 a week he was one of the highest paid members in the department.

In 1941 he joined the Royal Canadian Navy. After the war he settled in Montréal as a freelance illustrator. With the help of Dick Hersey Art Director for The Standard, he developed his reputation as a superb illustrator. However, he wanted to be an editorial cartoonist and so for six months worked on a unique style and approach for drawing daily cartoons. The Star [Montréal] (publisher of The Standard) hired him as their editorial cartoonist in 1960. In the period he became as well known as Macpherson. He was awarded National Newspaper Awards for his editorial cartoons in 1961 and 1964, and first prize for political cartooning at the third International Salon of Cartoons/ Salon International de la Caricature in 1966.

According to the Hecklers, although many cartoonists had trouble drawing PM Lester Person, McNally was “right on target.” His cartoons bore little malice but he was a Canadian nationalist and enjoyed taking the occasional swipe at the Americans. He also “despised privilege in any form” as was evident in his social commentaries.

He died suddenly in 1971. He drew his last cartoon a few hours before his death.

As a footnote to this entry, I as a youngster always looked forward to reading the Weekend Magazine in order to see his illustrations and even today I appreciate them more than his editorial cartoons. Robert MacMillan.

The World of McNally. Intro. By Frank B. Walker, Editor-in-Chief. The Montreal Star, 1972. Boxed edition.

Cartoons By McNally. Intro. By N.R. Crump. The Montreal Star, no date.

Cartoons By Ed McNally. Intro. By G.V. Ferguson Editor in Chief. The Montreal Star, no date.

The World of McNally. Intro. By Frank B. Walker, Editor-in-Chief. The Montreal Star, 1972:3 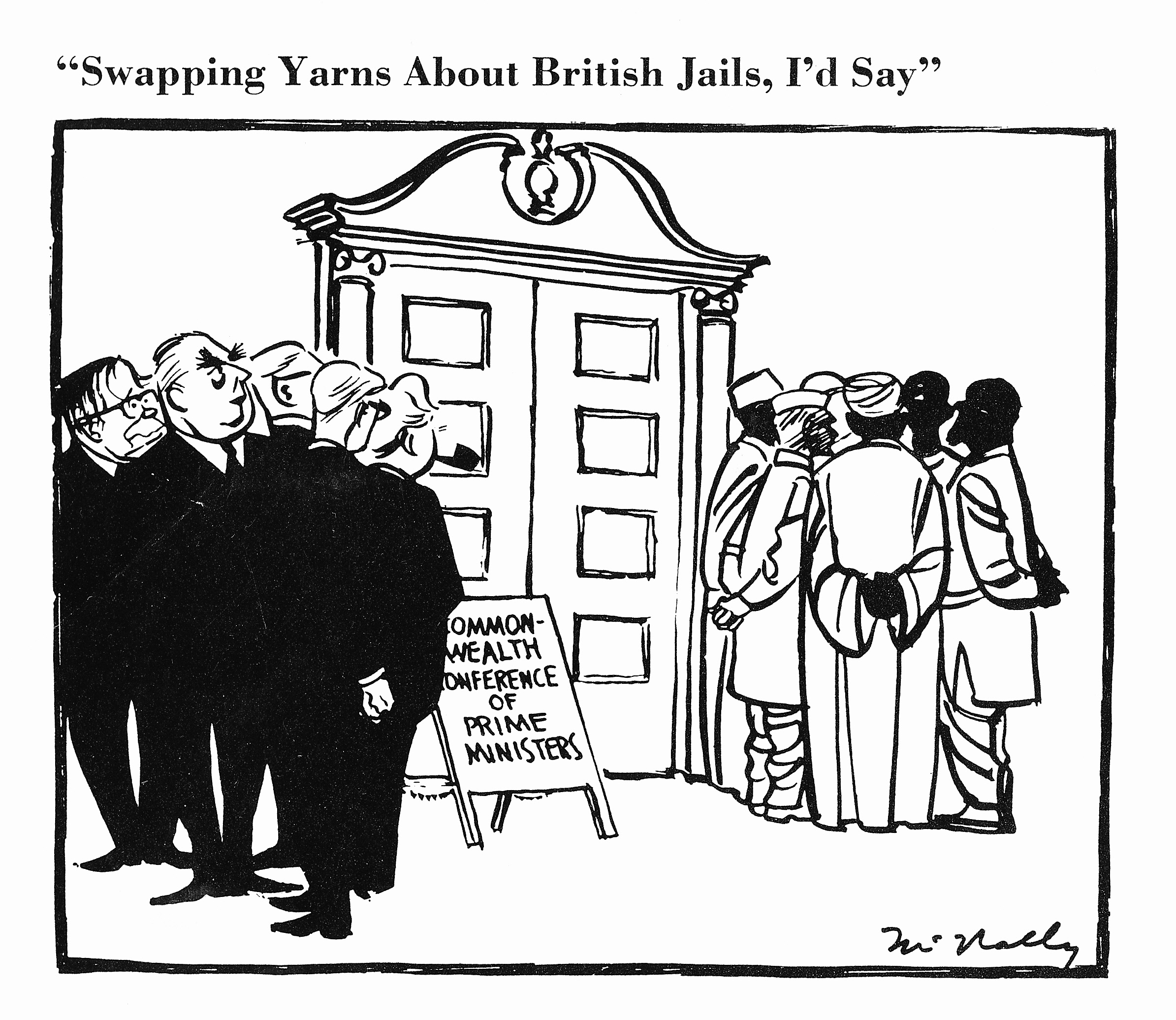