He was a teenaged reporter with The News [Toronto]. He later became a cartoonist and news illustrator for the Globe [Toronto]. He also worked as a parliamentary reporter. At the turn of the century, his work appeared in Canadian Magazine, The Courier, and Saturday Night, and a humour magazine The Moon.

Kyle was unusual among Toronto cartoonists being a Liberal and strong supporter of Laurier. He drew several campaign posters for the party. When Borden came to power, Kyle became a strong critic of Borden’s policies.

He enlisted in 1916 and served in an artillery unit, where he suffered a foot injury during World War 1.

He later moved to The Toronto Star. His paintings in A Picture History of Canada suggests he was also comfortable painting in oils and was perhaps a book illustrator. 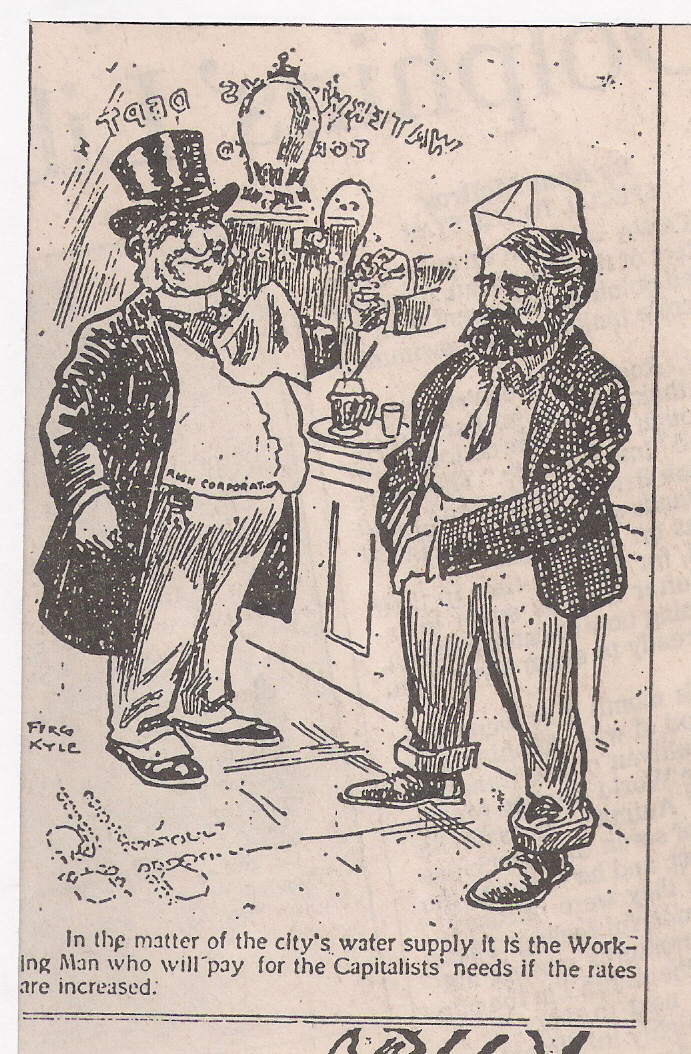