This resident of Vancouver grew up on Vancouver Island.

In 2002, he earned a diploma in graphic design from Malaspina University in Nanaimo British Columbia. He has followed a career as a 3D designer for video games, cartoonist and illustrator, painter and sculpture of dioramas. He has had exhibits in Art Galleries, Gam. Gropps, Seymour, Pendulum and Agden.

A number of his works are drawn as scrolls. This is evident in The Ghosts We Know, where one can see that scrolls have been formatted into pages.

Feast of Fields: pt. 1. Cloudscape, April 2017. This saddle stitched booklet has only the first part of the novel.

Feast of Fields. Conundrum Press, 2018. This is the completed novel. 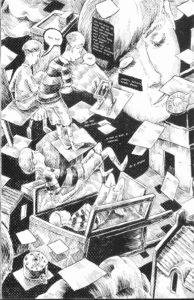 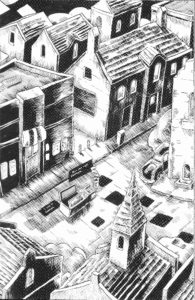