This well known artist, poet and journalist was born 1951 in Nuvuqquq, Nunivak. He moved to Ottawa as a young man and remained there till his death.

He drew a cartoon strip called “Nuna & Vut” for Nunatsiaq News from 1994 to 1997. A book called Arctic Dreams and Nightmares is a collection of his stories, poems and art work.

An exhibit of his work was on display from September 17 to December 9 2018 at the Carleton University Art Gallery under the title “Alootook Ipellie: Walking Both Sides Of An Invisible Border”. The title was taken from one of his poems. A display of his cartoon strips was held at the same time at the Manx Pub on Elgin Street, Ottawa. 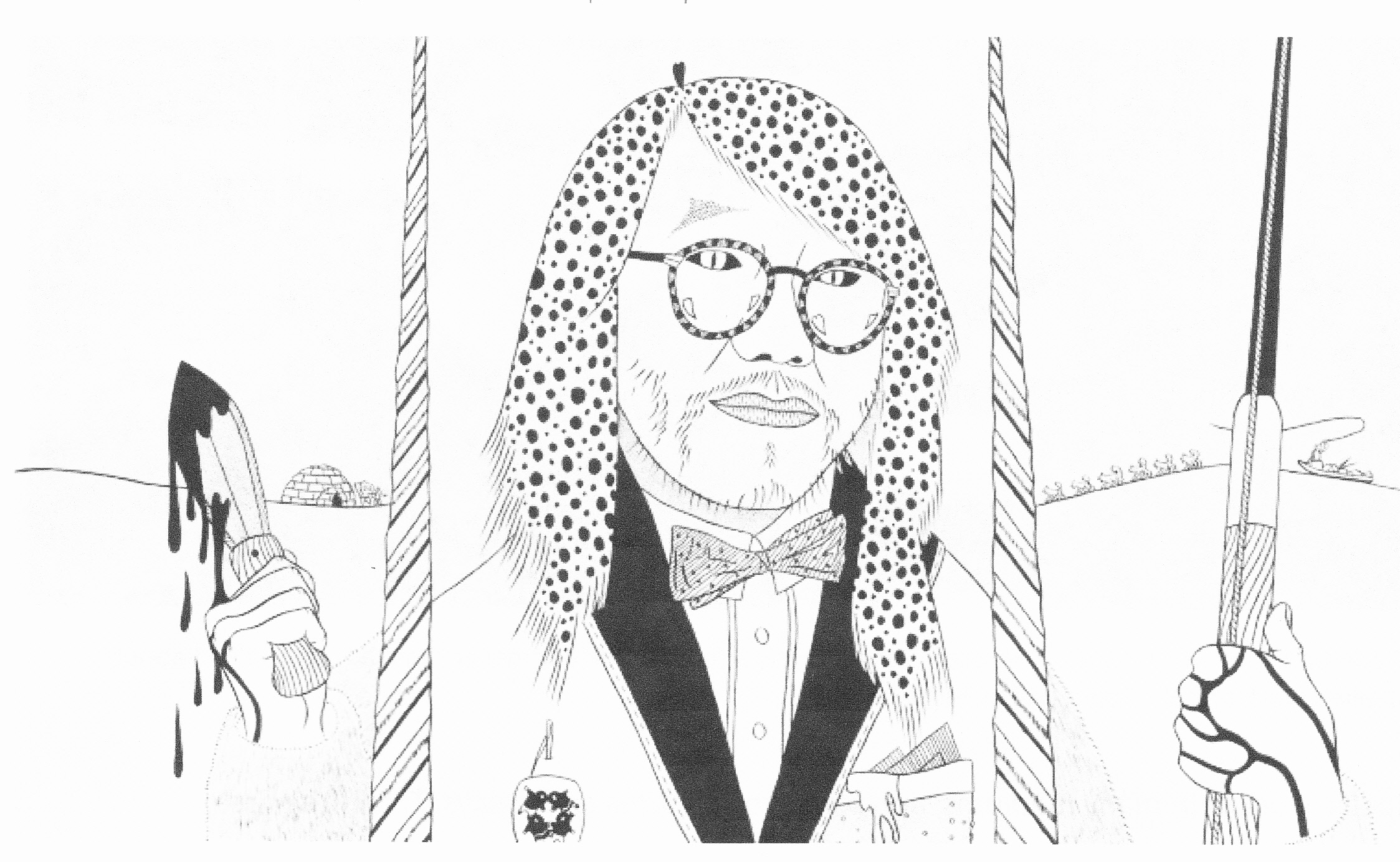