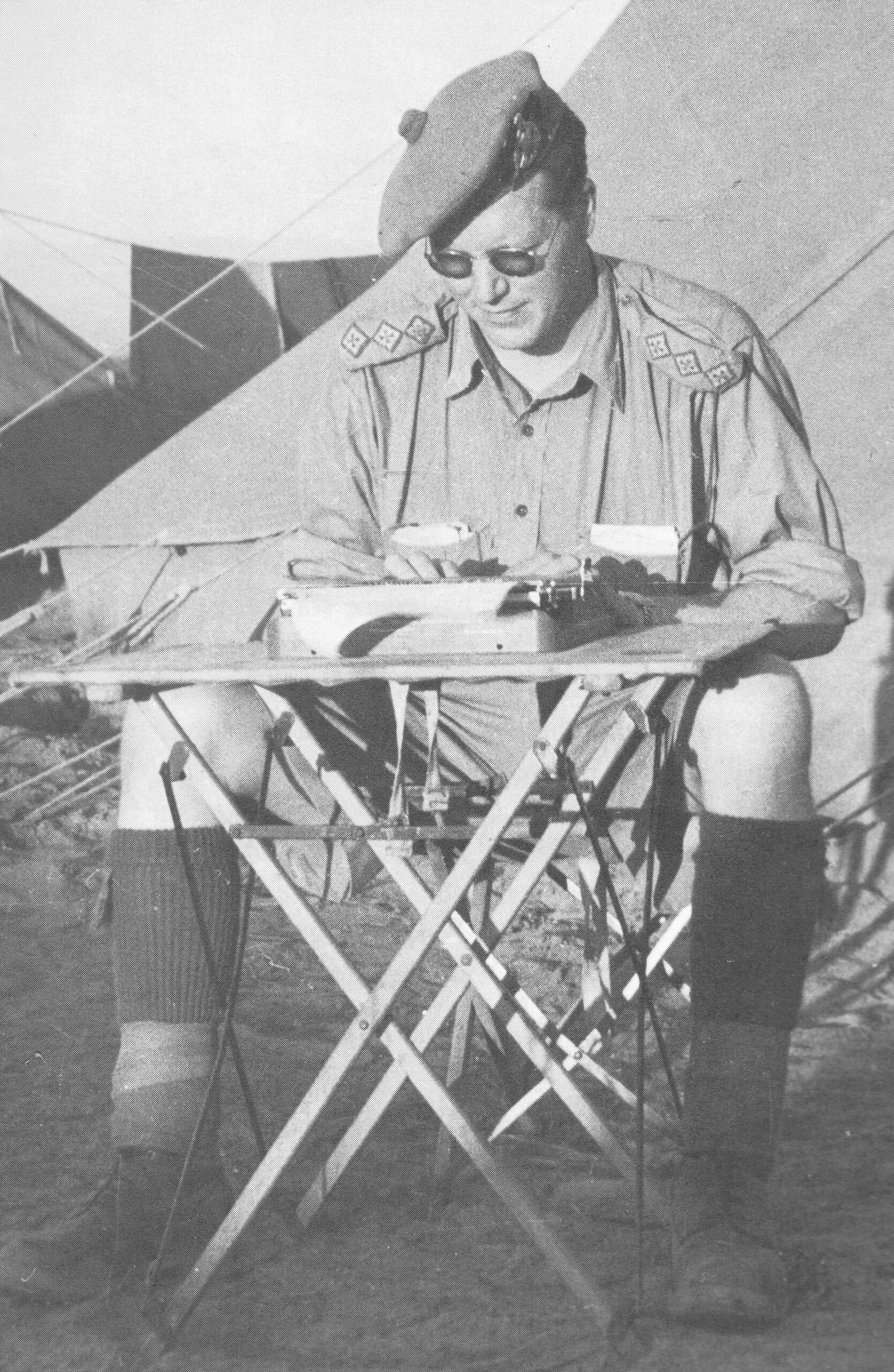 “If the troops like the cartoons, I can thank my army experience more than any other one thing. Because no matter how well you can draw, you can’t get that feeling of live humour into an army cartoon unless you’ve experienced the things you’re trying to put into black and white. You’ve got to live it first.”                        William “Bing” Coughlin. This Army Maple Leaf Album No. 1: 63.

“Herbie was thoroughly enjoyed because he caught the utter madness of what the fighting man was involved in – the hardships, the lack of logic – all wrapped up in a pixie humour that relieved the tension. Herbie was a tonic.”                        Jack Donoghue. Maple Leaf staff. Herbie: 23.

Sergeant William Garnet “Bing” Coughlin, the creator of “Herbie” enlisted as a trooper in the Princess Louise Dragoon Guards at Ottawa in 1941. He took part in the invasion of Sicily and served four months in the Italian campaign all the while sketching cartoons for his own amusement and that of his fellow soldiers. Captain J. Douglas MacFarlane who was editor of The Maple Leaf, the Canadian Army newspaper in Italy, was advertising for cartoonists and “Bing” sent him some samples. MacFarlane liked them and had Coughlin transferred in January 1944 to the 2 Canadian Public Relations in Naples Italy where he became a cartoonist for the newspaper:

He began with a panel called “This Army” which first appeared February 19 1944. The cartoon featured generic Canadian soldiers much like you see in “Johnny and Monty”. J. Douglas entered with some editorial advice. According to his son Richard, McFarlane, he suggested that Bing needed to create a Canadian soldier who tended to have a more specific character with whom the soldiers could identify. He suggested a name “Herbie”. In some of the first cartoons there had appeared a chinless little guy observing the action taking place in the cartoon. This observer took over the action and became “Herbie”.

Although, Bing based his cartoons on his own experiences in the Italian campaign and later by taking periodic trips to the front lines to visit with the troops, “Herbie” was inspired by an actual person, Norman Pallister Smith, not physically but in behaviour. Like “Bing” he was born in Ottawa, enlisted in the Princess Louise Dragoon Guards, and wound up on the Maple Leaf staff. As J. Douglas described him.

“Herbie” instantly became popular with the soldiers in Italy who voted him, “Canada’s Man Of The Year for 1944. As time passed, “Herbie” began appearing in a comic strip titled “Herbie” as well as continuing in the panels called “This Army”.

This character entered army life in other ways. After a while a ubiquitous sign “Don’t Be A Herbie” began appearing along the front lines. It was short hand for: don’t goof up, don’t make a wrong turn, don’t do the wrong thing. It entered the field of the editorial cartoon as well. Another example was when “Herbie” was used to comment about the failures in the system to repatriate Canadian soldiers to Canada after Germany was defeated. Bing’s cartoons were collected into two books: This Army & This Army vol. 2, both published by the army’s Canadian Public Relations Group. Coughlin was awarded an MBE for his work.

“Herbie” cartoons entered Canadian civilian life. Offered by the Canadian Public Relations Group, they appeared in thirty-five Canadian newspapers, including the Evening Telegram, under the title “Active Service” and the British Columbian under “This Army”.

According to Roy Beamish with the conclusion of the war in sight, Coughlin was planning a postwar career as a cartoonist and appears to have been preparing “Herbie” for a post war life. Unfortunately, “Herbie” didn’t make the transition. Like other characters created for the specific conditions of war, Ted McCall’s “Freelance” comes to mind the post war world was too different for them to find a place in it.

However, the story of “Herbie” had one more chapter. MacFarlane insisted that he and Coughlin partner to do a collection of “Herbie” cartoons. The result which appeared in 1946 was a best seller resulting in two printings. The 1959 printing was a 20th anniversary edition commemorating the beginning of World War Two. “Herbie” has appeared in other books down to this day, but this book should be considered the definitive version of this remarkable wartime character..

Bing Coughlin’s “Herbie” in cartoon portrayed the everyman slightly naïve Canadian soldier the way Earl Birney in his novel Turvey portrayed the same type character in words. Both works were very successful in touching the hearts of the Canadians. 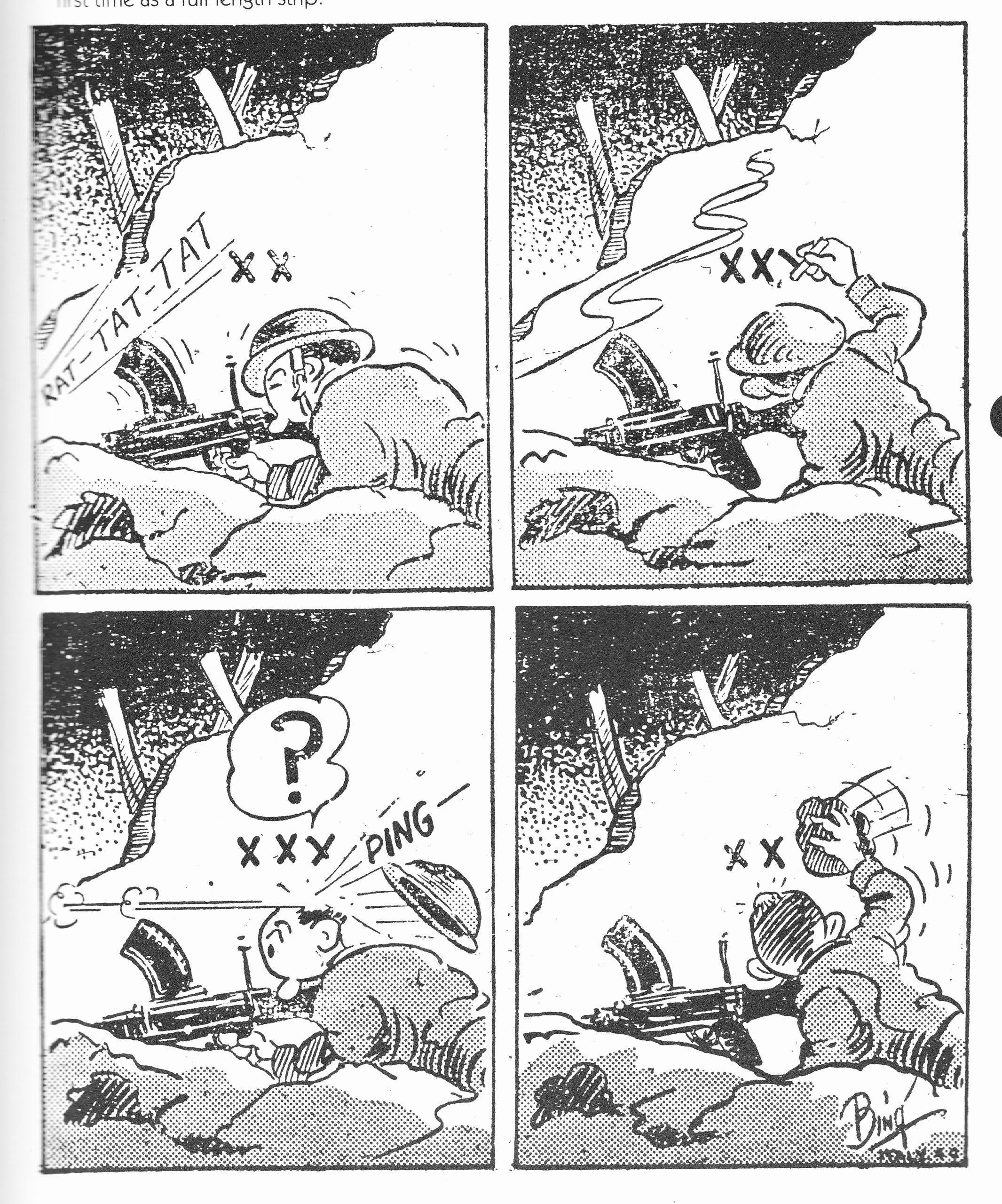 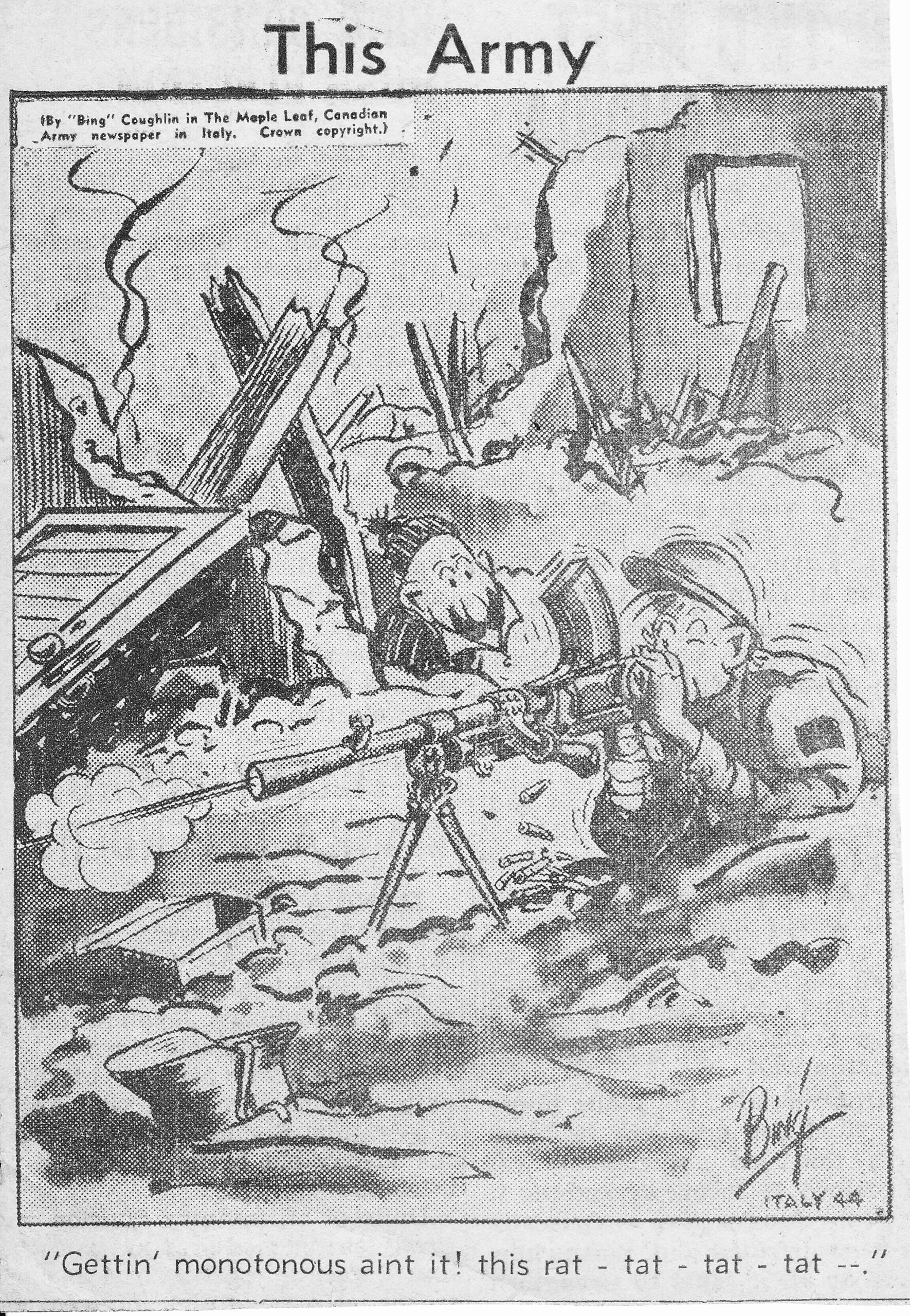 Coughlin’s cartoons appeared under the title “This Army” in many daily newspapers.