Created by Les Callan this series appeared in the Canadian Army’s newspaper The Maple Leaf Northwest Europe Edition 1944-1945. He drew events from the D-Day invasion through France Belgium and Holland to VE-Day, recording both what he saw and humourous stories related to him by soldiers along the way.

“Typical conditions and scenes in the Europe of World War II are portrayed in these sketches. Many of the incidents actually occurred – they are the experiences    and stories of individuals and patrols, picked up here and there throughout the campaign from the boys concerned while I shared their rations and ‘liberated’ champagne. As examples I might mention the night patrol returning with ‘Jerry’ prisoners, chickens and ‘pork chops on the leash’ or the hurried dive from ‘moaning minnies’ into a supposed cellar entrance which turned out to be a cesspool.”                  Normandy and on. Oct. 1945:Intro. Writ., Les Callan.

“Johnny” was the average soldier serving in the Canadian Army which was part of Field Marshal Sir Bernard Montgomery’s (“Monty”) group of liberation armies in Europe. The name “Johnny” was probably inspired by “Johnny Canuck”: a popular editorial cartoon figure (See JOHNNY CANUCK, JACK CANUCK  & CANADA JACK) in the late nineteenth and early twentieth century. Les Callan an editorial cartoonist and a contemporary of Lou Skuce and C.W. Jefferys in the latter part of their careers would undoubtedly have been familiar with him.

A selection of these cartoons were collected into a book Normandy and on, Les signed over his royalties from the book to the Canadian Paraplegic Association to help disabled soldiers. 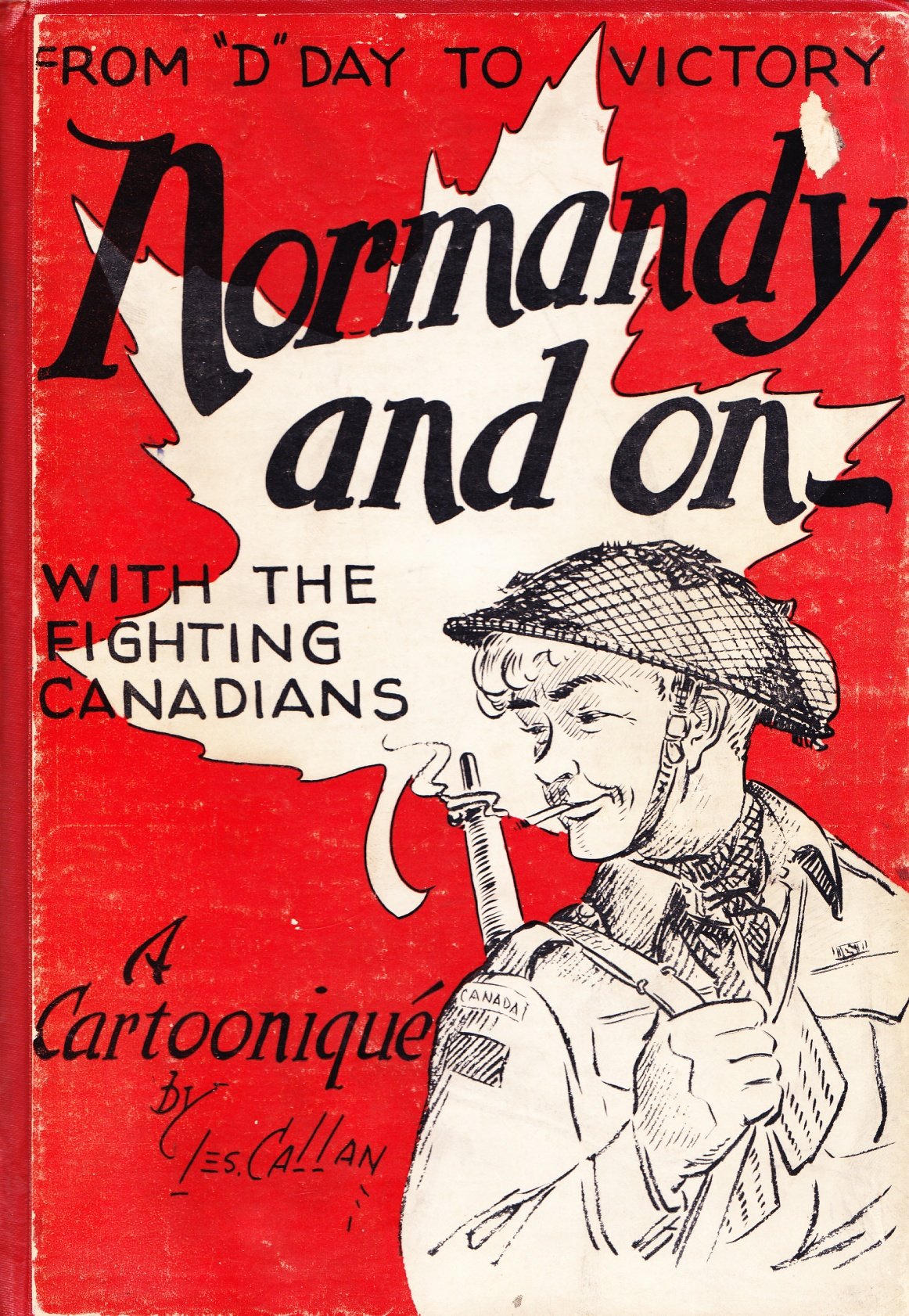 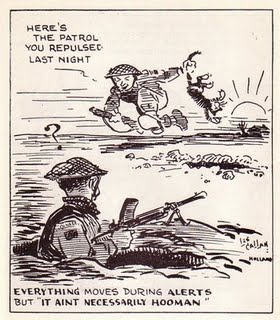 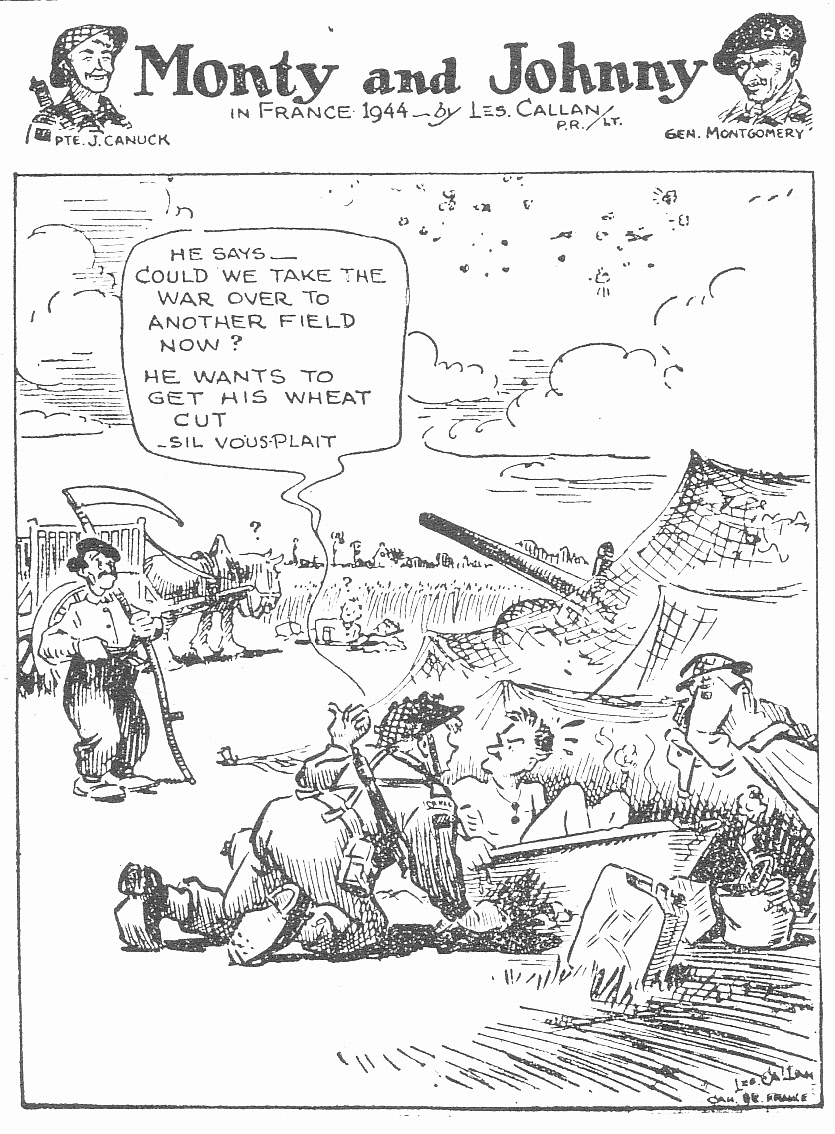