“Captain Starship” replaced “George and Jacques” in April 1979 when the latter was cancelled amid controversy. “Captain Starship” stopped appearing in the Toronto Star after September 1991. The strip was ended by a kind of mutual agreement. There had been a good relationship between Adrian and his editor Ann Farrell but after she left the Toronto Star the relationship with the new editor was not so harmonious. 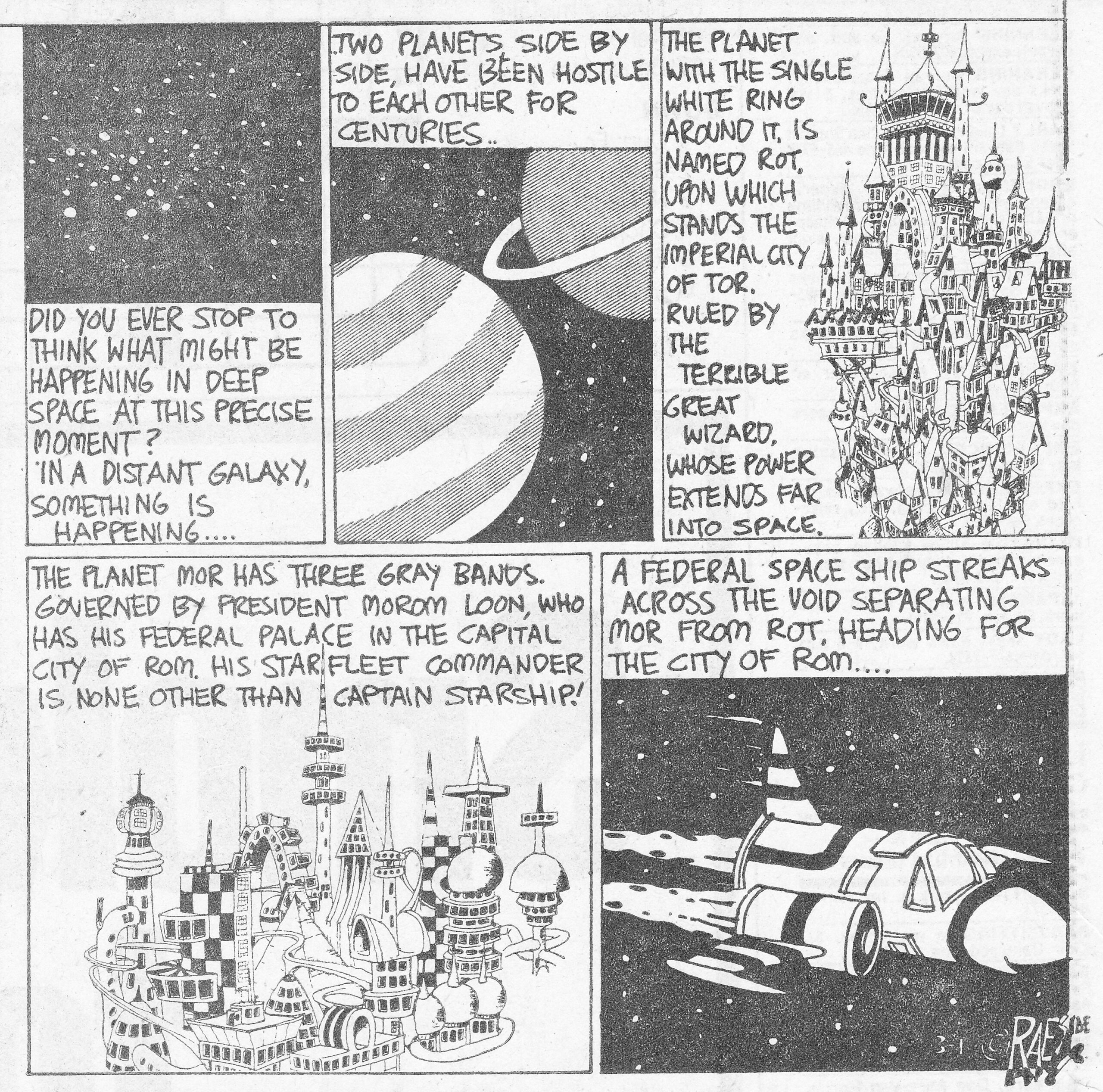 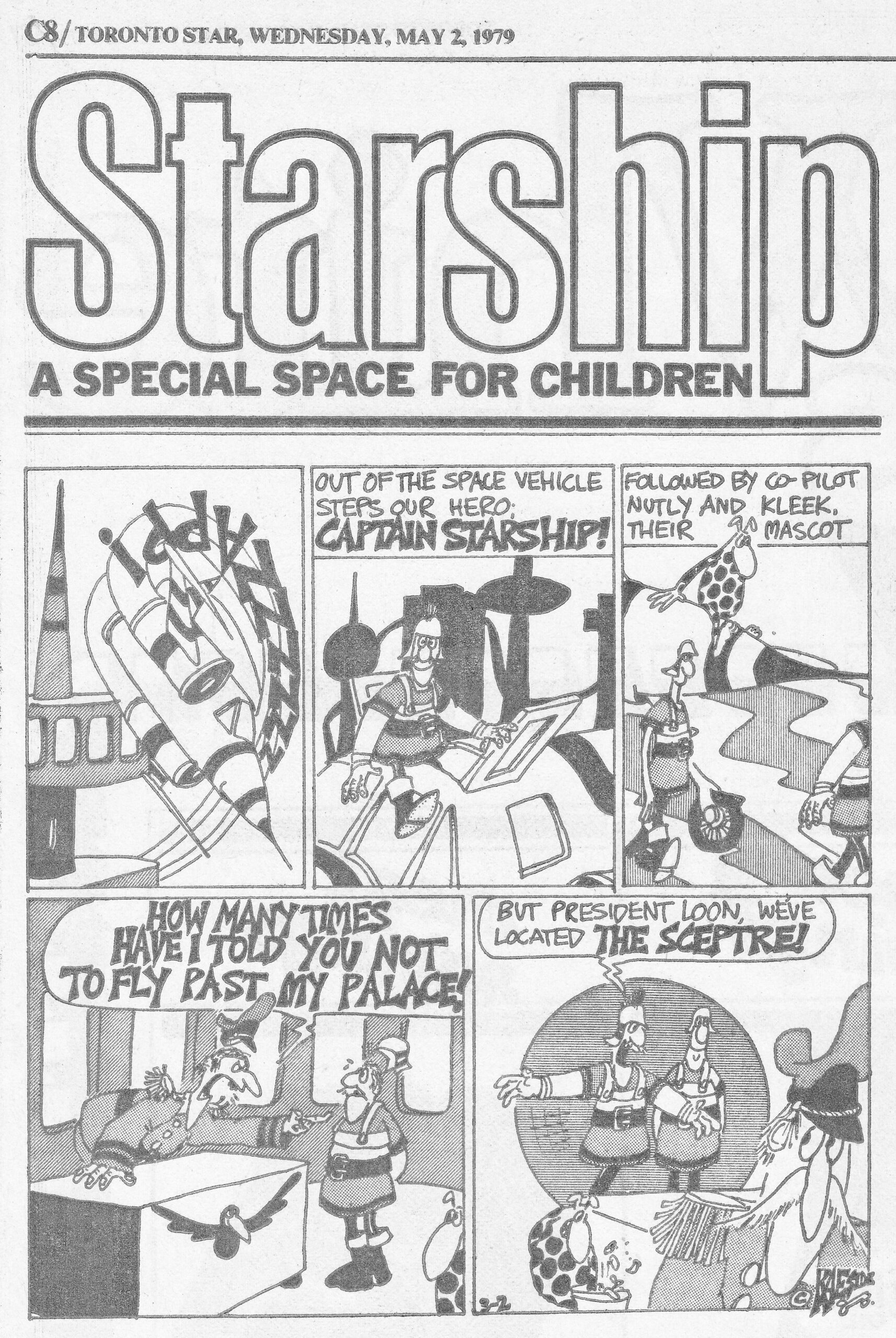 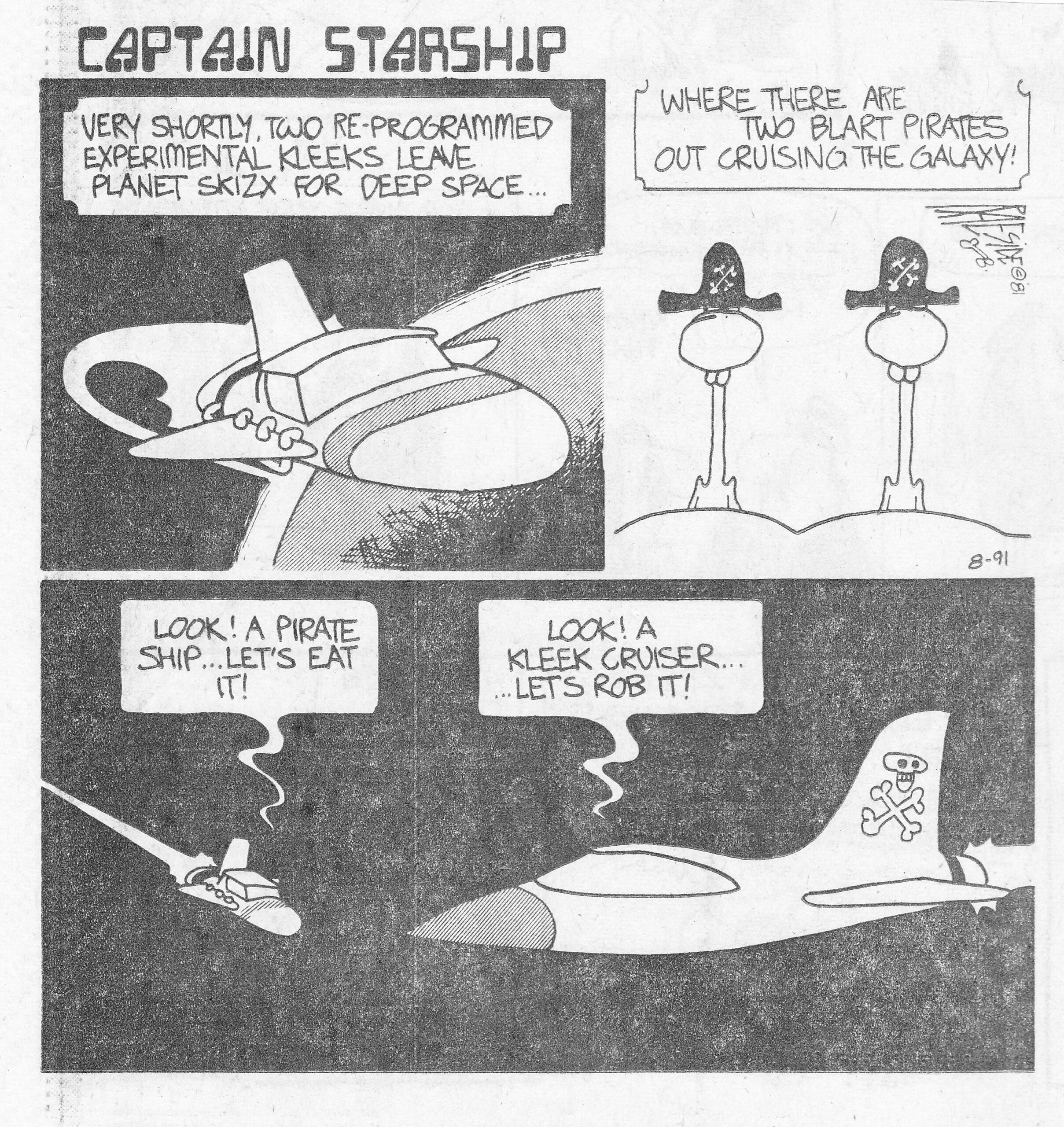 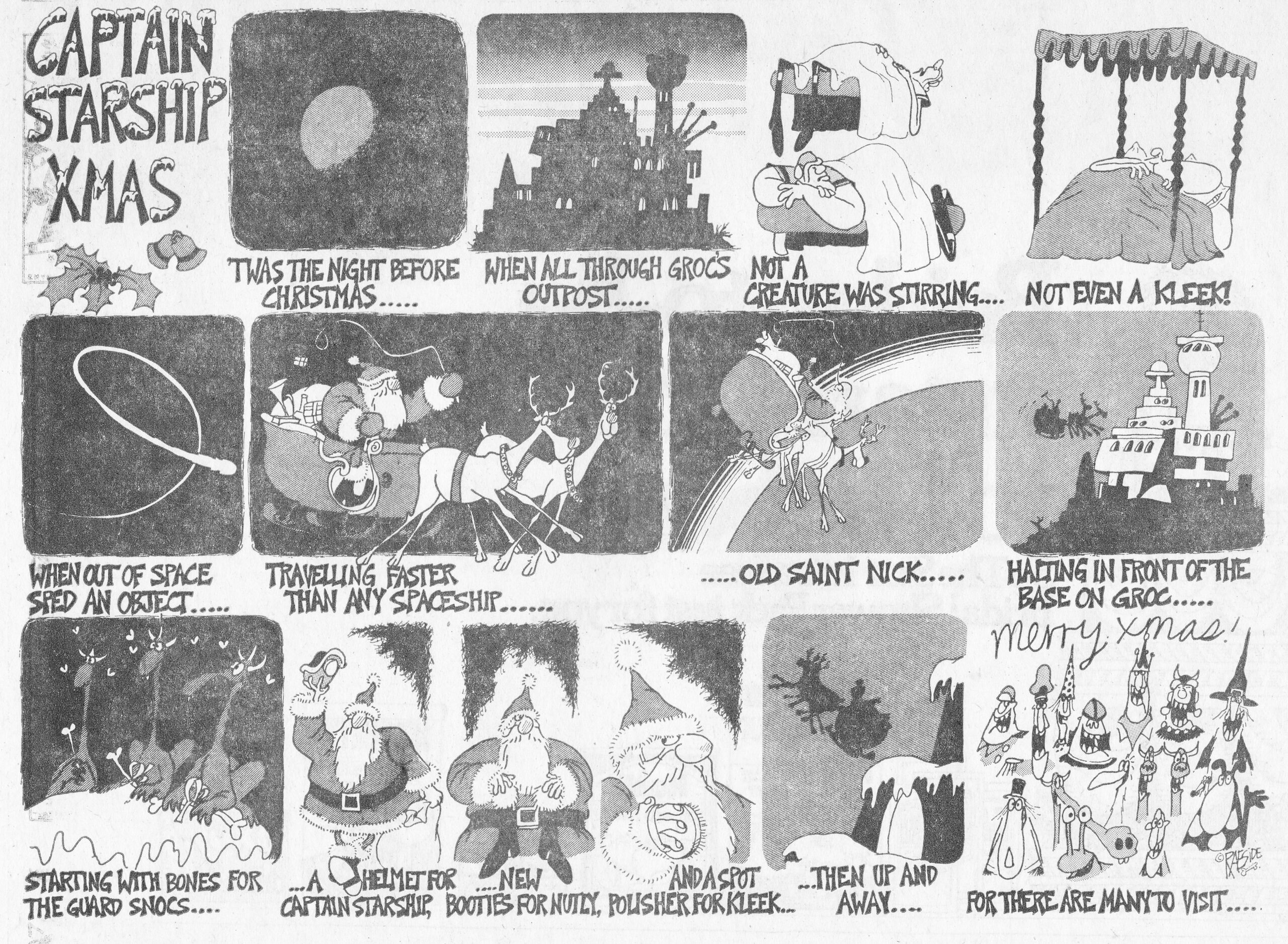 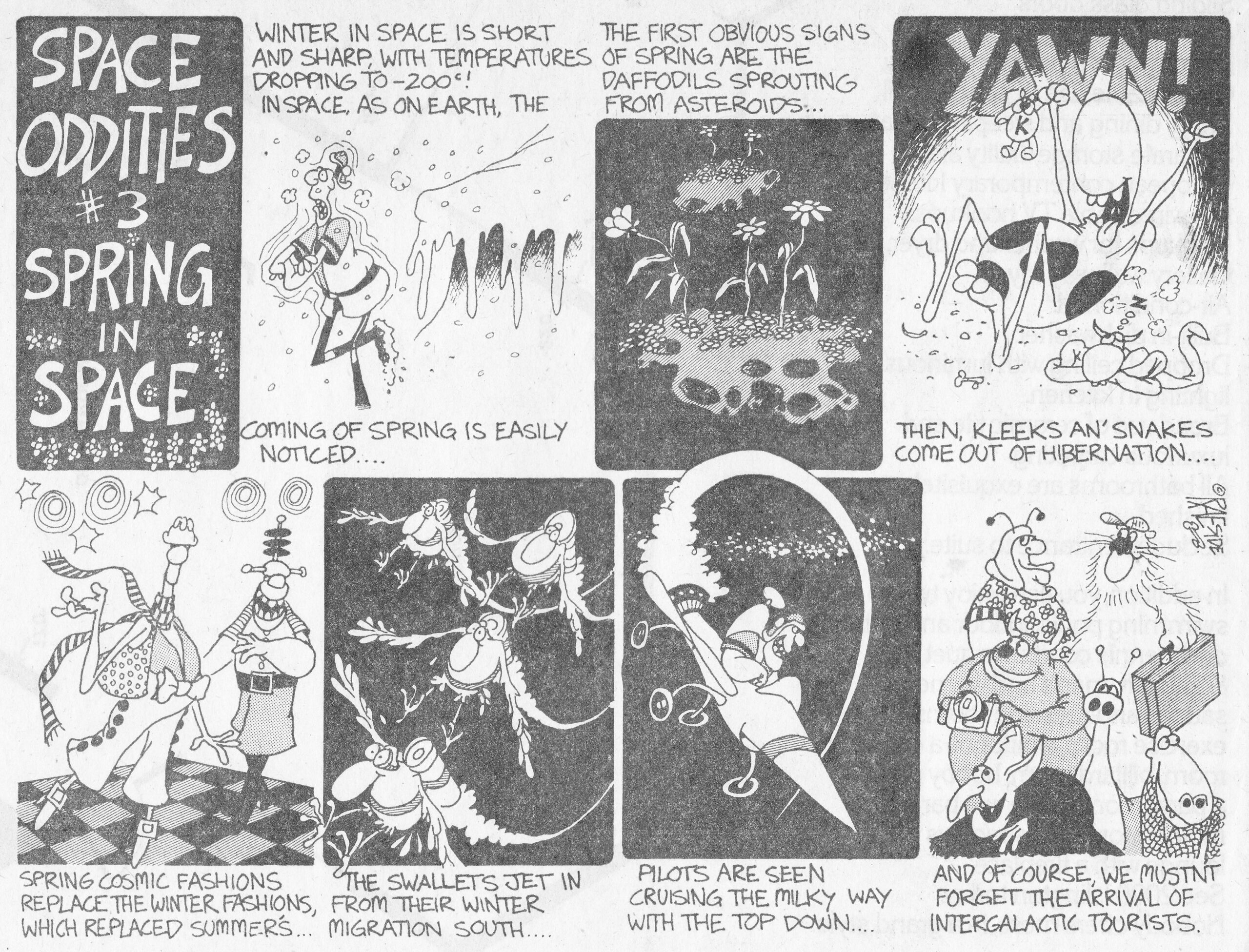