This delightful character and series was created by Ashley Spires.

“Binky” is based on the “football-shaped kitten” adopted from an animal shelter by Ashley’s sister. Like any house cat “Binky” remains in the family home which in his imagination is a “space station”. Outside the walls of his “space station” he sees a vast and hostile “outer space”. One is hard put to find a better illustration of Northrop Frye’s concept of the “garrison mentality” expressed in Canadian literature.

The first book opens with a package dropped through the mail slot, “Binky” opens it and receives his membership card for the “Felines of the Universe Ready for Space Travel”. Binky lives in his “space station” with a mother and son. His most important function is to protect them from “aliens”. He learned as a kitten there were small creatures were flying, crawling and burrowing everywhere, and after much study he concluded they were “aliens” from “outer space”, although the humans call them “bugs”. The humans unfortunately couldn’t figure this fact out and so “Binky” has to protect them. He tried to defend them from the “aliens” inside the “space station” but that didn’t work. It was then that he discovered an invitation to become a “Space Cat” on an advertisement in the bottom of his kitty litter box. From then his course is set. He builds a space ship to go into outer space to battle the “aliens”, but just as he is leaving the space station in his space ship, he realizes he is leaving the humans behind and so jumps out in order to stay with them.

The second story involves “Binky” accidentally falling through a window into “outer space” where he is attacked by “aliens” (wasps) and rescued by his humans who are of course are used to travelling in “outer space”. However his best friend “Ted”, a stuffed mouse, is left behind and so the rest of the story involves “Binky’s” efforts to rescue him.

These stories although written in the third person are all taken from “Binky’s” viewpoint and so there is a blurred boundary between “Binky’s” imagination and reality which gives the stories a pleasant sense of ambiguity.

The series of books has been made into an animation series Pets of the Universe Ready for Space Travel or P.U.R.S.T. Agent Binky with support characters “Gracie” and “Gordon”. Produced by Nelvana Ltd. it was introduced on specialty channel Treehouse on 7 September 2019. 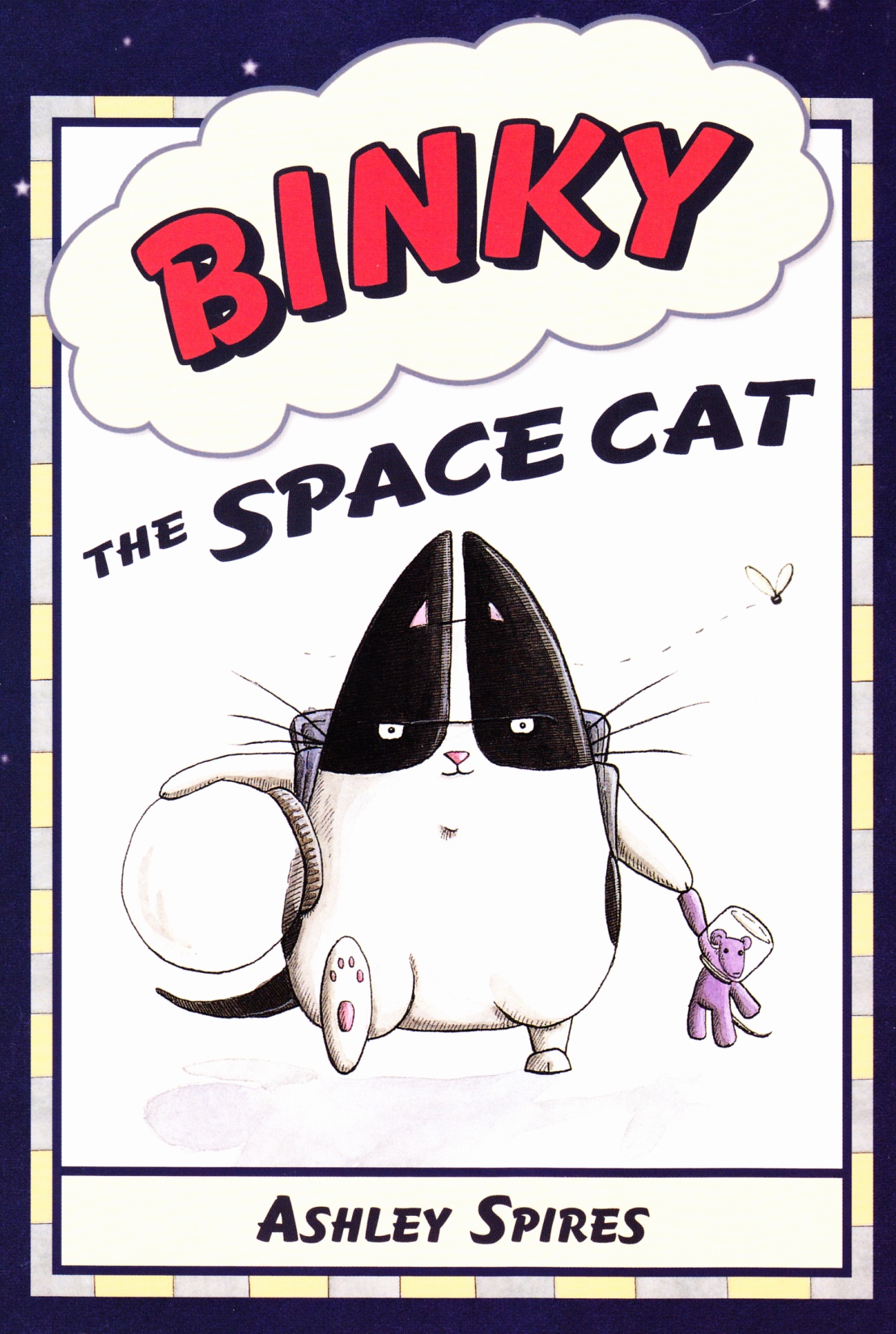 “Binky the Space Cat” and his companion “Ted a mousie”. Binky The Space Cat, 2009: Front cover.