Born 1956, in Brussels Belgium. Grew up in Lachine Québec.

This Montréaler illustrates for books magazines and has created designs for Cirque du Soleil. He is a three time winner of the Governor General’s Award for illustration including LE Monde salon Jean de … (1993), Charlotte et l’île du destin, (1999), Jabberwocky (2004) and Owl And The Pussycat, 2007). In 2008, he was co-winner with Paula Bourgeois of a Ruth Schwartz Children’s Book Award, for Omar’s Quilt (2001) and with Gilles Vigneault of Toronto Dominion’s Children’s Literature Award for Un cadeau pour Sophie. His father illustrated cartoon strips for newspapers in France.

Of The Owl And The Pussycat it has been said:

“In this unique interpretation [by the illustrator], two characters from different worlds, a wealthy owl and a pussycat from literally the “Other Side of the Tracks,” fall in love. To escape the prying eyes and disapproval of the segregated society in which they live, the star-crossed lovers sail away to a beautiful utopia in which there are no boundaries to love – a place where unions between creatures of all different shapes, sizes and species are embraced and celebrated. It is only in this pastoral paradise that the owl and the pussycat find true freedom and acceptance; only here are they able to shed their masks for good and reveal their true selves. Jorische transforms what has generally been perceived as a simple love story into a beautiful tale about tolerance and the love all human beings can experience if we embrace one another in our differences. At the same time, his playful and fantastic images (inspired by the illustrations of Lear himself, as well as the films of Fellini, the art of Miro and the Beatles Yellow Submarine) perfectly capture the humour and levity of this delightful poem. A 21st– century French Canadian illustrator and a 19th – century English poet probably have as much in common as an owl and a pussycat, but like the famous feline and foul that brought them together, theirs is a match made in heaven.”                                                                      The Owl And The Pussycat. 2007.

The Owl And The Pussycat. Kids Can Press/Corus, 2007: “ Stéphane Jorische.” 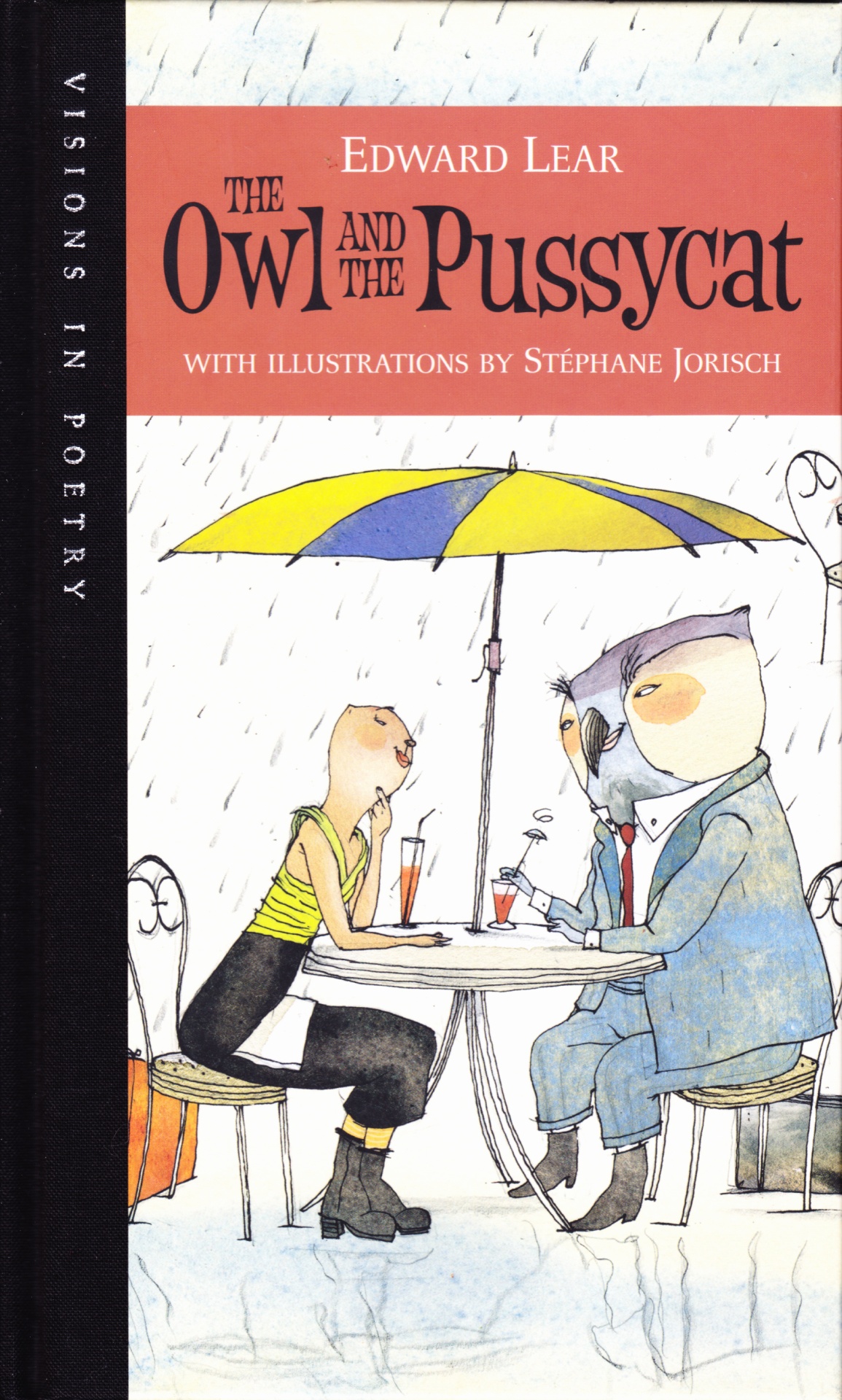