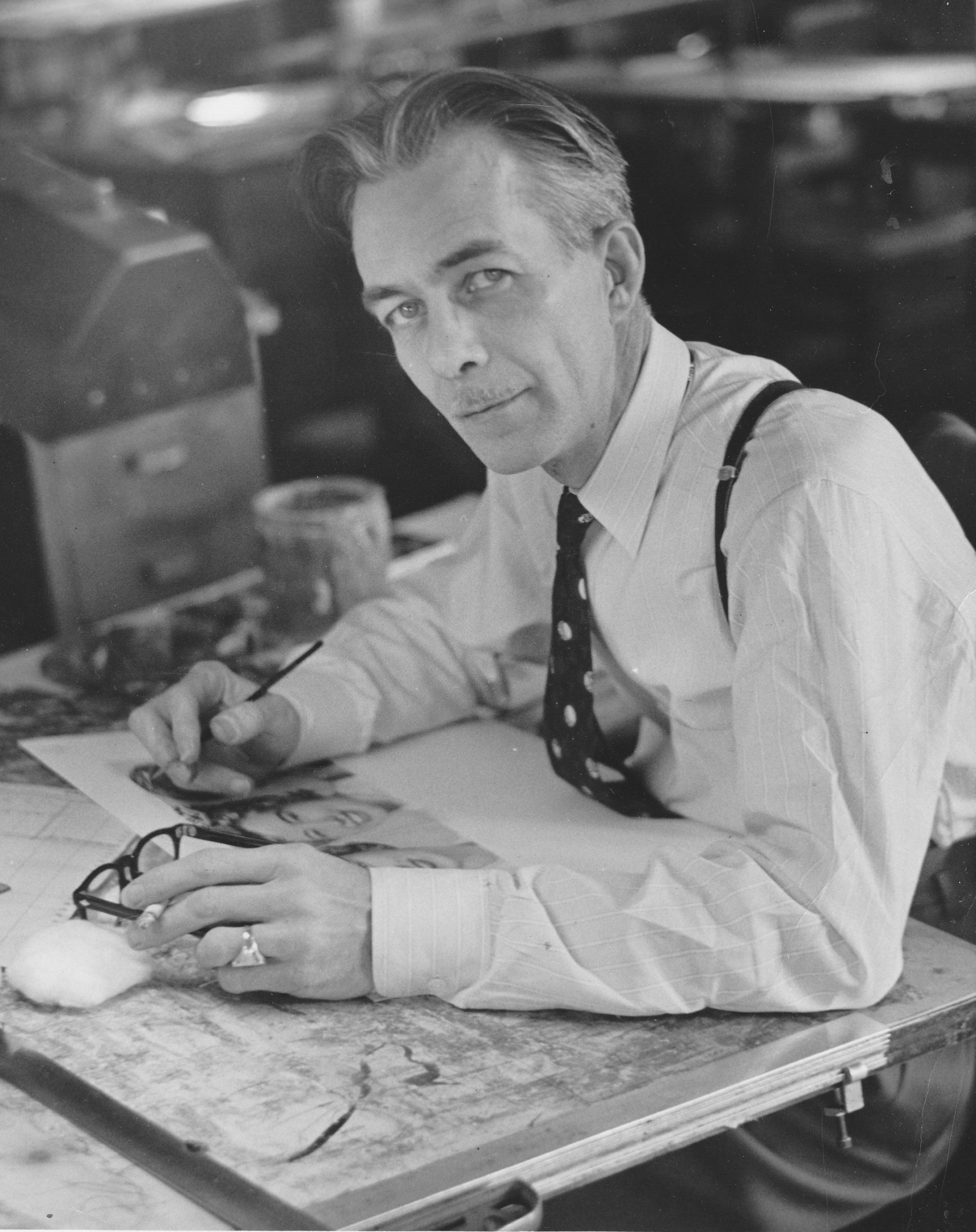 “… I just find some of the things people do rather incongruous and I appreciate the humour of the situation.”

Walter was born 7, April 1911 on a farm near Cookstown Ontario, an only child, and since the family had no tractor, electricity or milking machines he had “plenty of chores to do”. He attended a one room county school house, and later went to the Cookstown High School which he reached by driving a buggy in the summer and a cutter in the winter. If the roads were impassible he rode horseback. There was a stable for the horse at the school and Walter took feed for it along with his lunch. His first ambition was to be an electric engineer, but he was needed on the farm and so remained there for three years after high school graduation.

From childhood he had begun drawing as a hobby and eventually he saw this as his exit from the farm to Toronto. Every six months or so, he wrote to the Star asking for a job and sending samples. Finally, he got a letter from the late H.C. Hindmarsh, the Star’s manager asking him to drop in the next time he was in Toronto. He was in Hindmarsh’s office the next day and was hired immediately to do photo retouching and some illustration at $15.00 per hour. This was April 1932. Ironically, two weeks after he was hired his mother forwarded a letter to him from another department of the Star offering regrets that the samples he’d sent didn’t show high enough quality for them to hire him.

Until his employment, Walter had been self taught, but on getting the job he took a series of evening classes at the Ontario College of Art, Central Technical School and Northern Vocational School. His illustrations as seen in both the Toronto Daily Star and the Star Weekly in the early 1940’s show that he had mastered of both realistic illustration and caricature. His sports illustrations often included both. Indeed Walter’s sports cartoons can be included with those of Lou Skuce and Dave Elston as among the best produced in Canada. But his illustrations were not limited to sports. Jocko Thomas a Star crime reporter once commented:

“He often illustrated many of my police stories with policemen vaulting over backyard fences, shooting their guns in the air or tracing the route a murderer took through a house or neighbourhood.”

In 1956, Star management changed the format of the Star Weekly, and wanted a cartoon unique to that publication. Walter was asked if he knew any cartoonist who could fill that role. He didn’t, but asked the management if he could try out. He drew three samples, all dealing with farm life but trying different formats, ie. single panel, cartoon strip etc.. “Rural Route” began in November 1956 as an experiment. The feature touched the hearts of readers, most often commanding first place in their affections and never falling below third. One survey showed that it was regularly read by 85 percent of the audience. It ended only when the Star Weekly whose name had been changed to SW Magazine, came to an end when it was purchased in 1968, by Southam Inc and merged with The Canadian.

The creation of “Rural Route” altered Walter’s relationship with the Star very little. He continued to work a full eight hour day in the office then came home to his basement studio to work on “Rural Route” in the evenings. He was paid $100 for each half tab he did.

He was made supervisor of the Art Department at the Star around 1970, and finally retired in 1976, although at the request of management, he continued to work on a part-time basis till 1986.

An exhibition of his work was held in December 1976 at the Grimsby Public Art Gallery. This Gallery now has part of his work as a permanent collection. From June 25 to September 17, 1994, the Brant County Museum and Archives held Comic Relief a Tribute to and an exhibit of his work. Many artists at the inception used Walter’s characters “Elmer” & “Myrtle” to draw incidents of their own imagination. 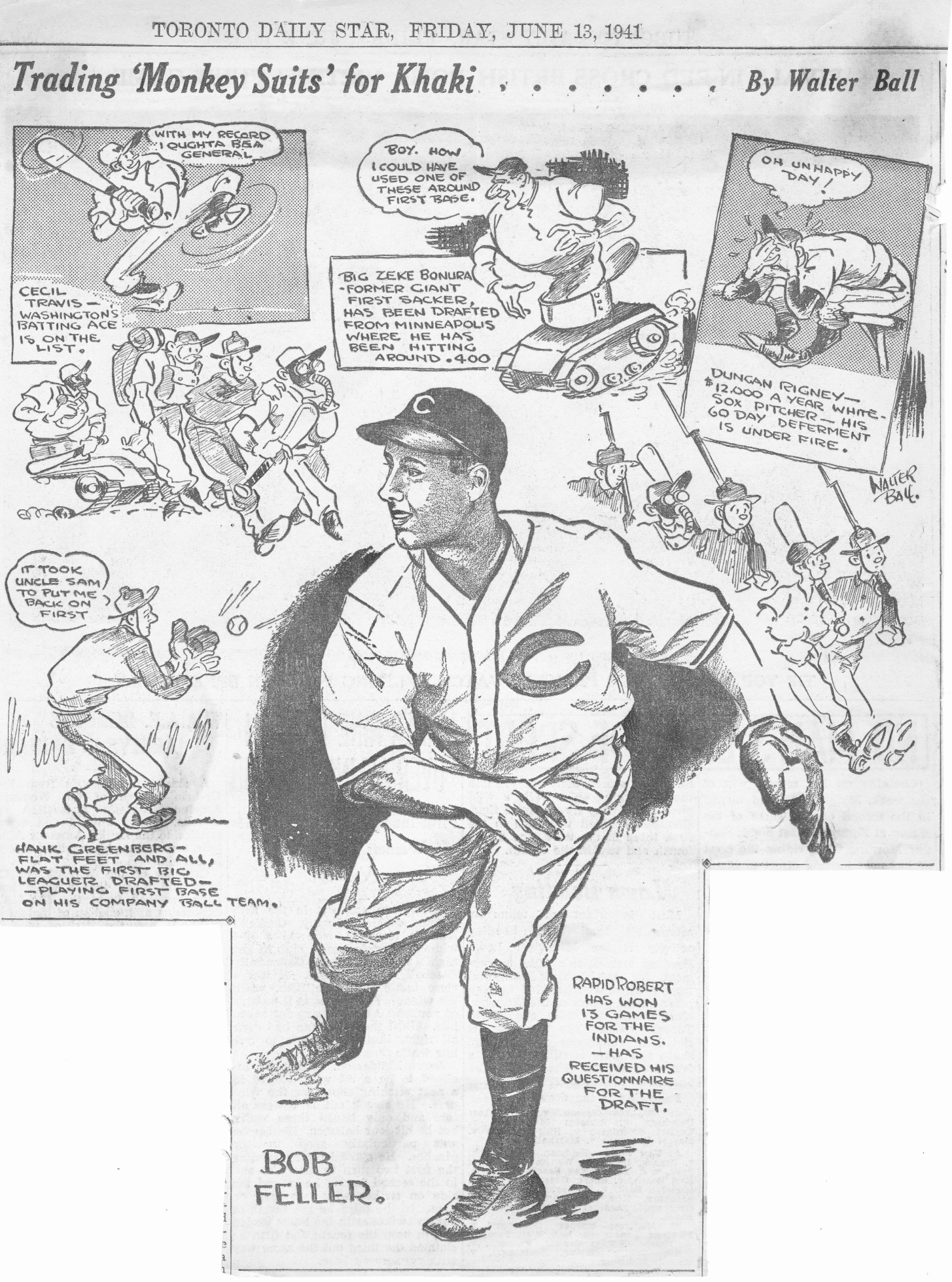 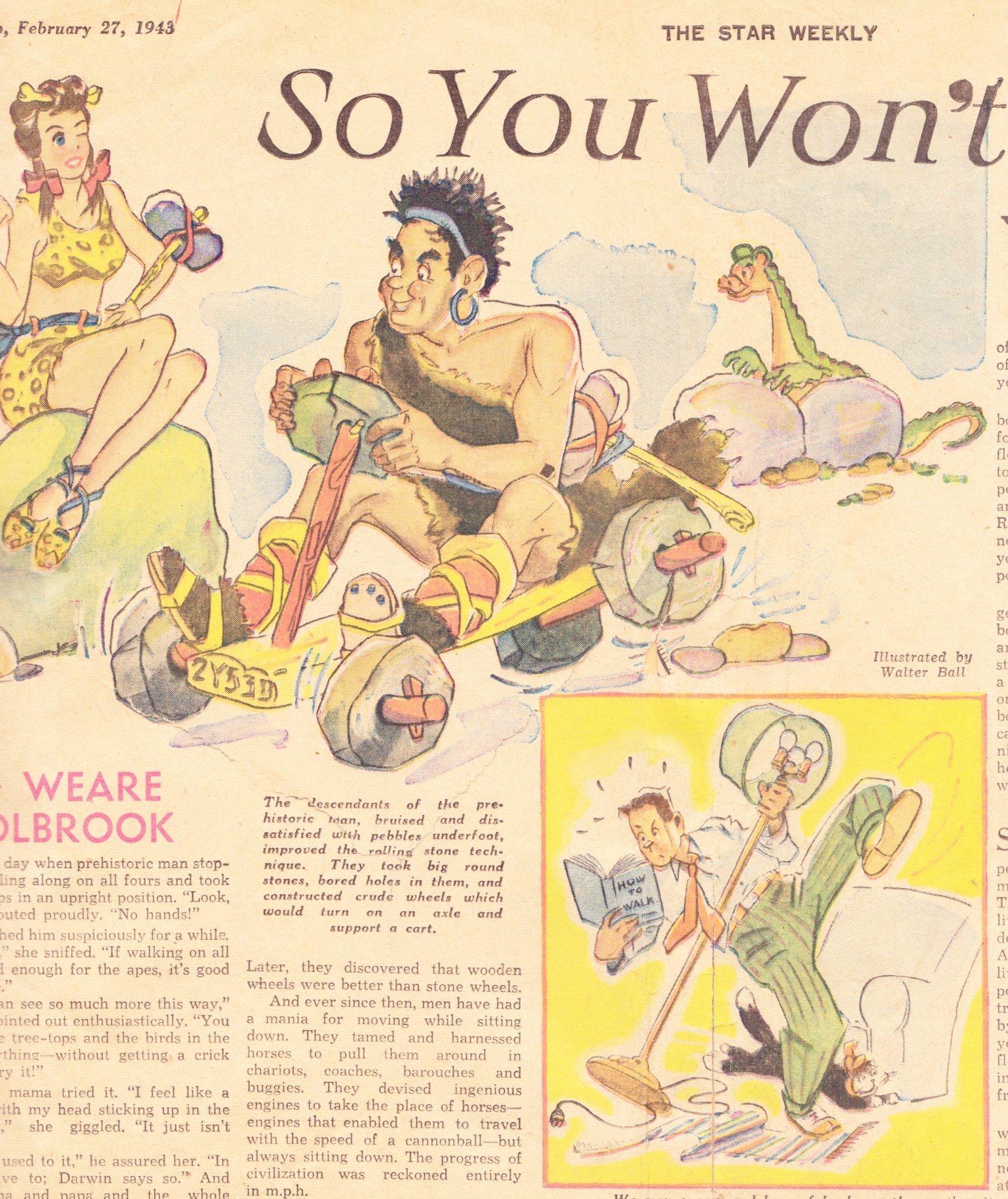 A part of the illustration that appeared in The Star Weekly, 27 Feb. 1943. 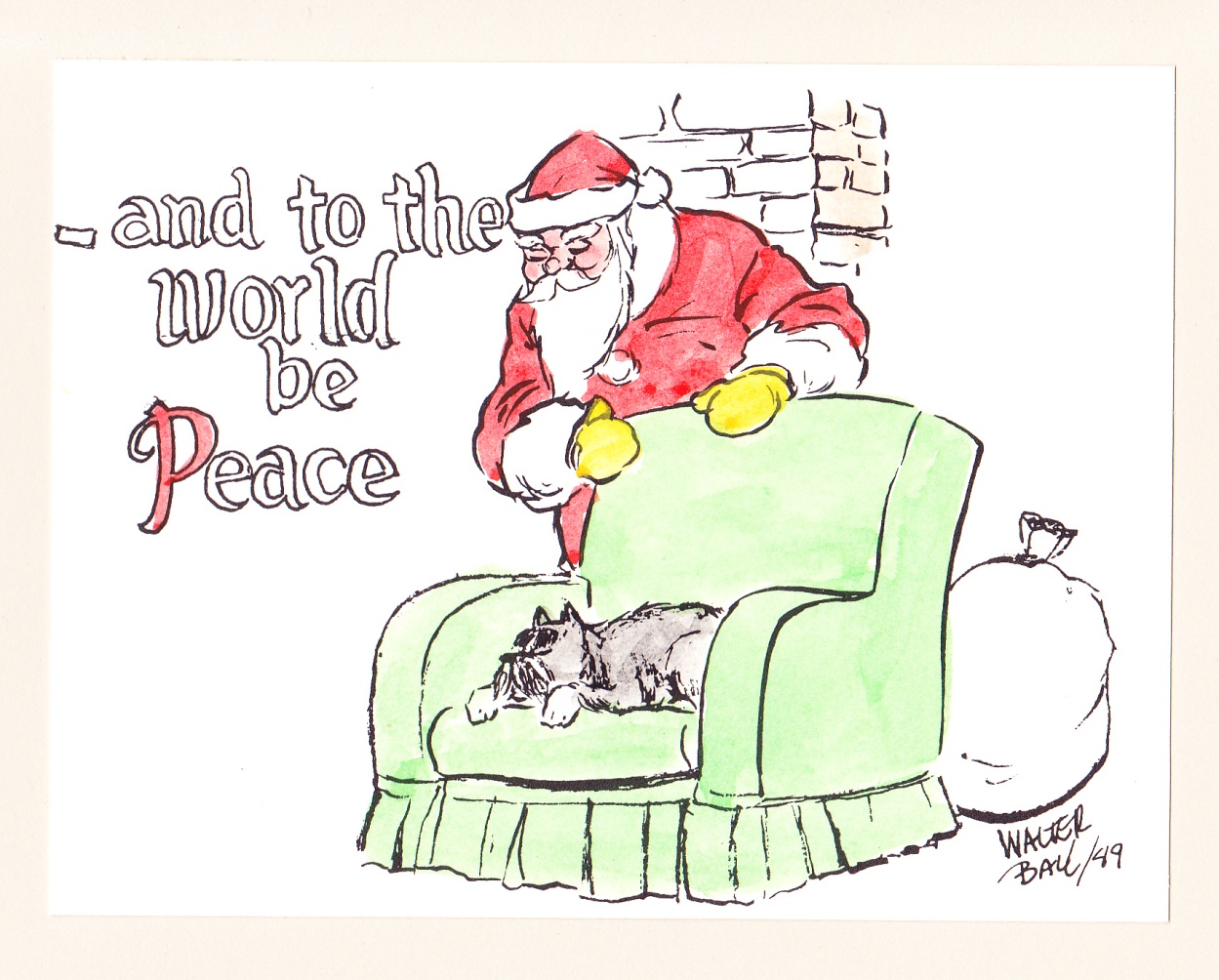