BALL Walter: A TRIBUTE TO …

This exhibit, called Comic Relief was mounted by Robert MacMillan, June 25 to September 19, 1994 at the Brant County Museum in Brantford Ontario. It was an exhibition of Walter Ball’s work plus the cartoons in which contemporary cartoonists integrated Elmer and Myrtle with their own characters. At this time Walter was too ill to attend and so a VHS tape on which the participating cartoonists congratulated Walter on his achievements was made and given to Walter at the York Central Hospital in Richmond Hill, Ontario. He died 18 February 1995 . 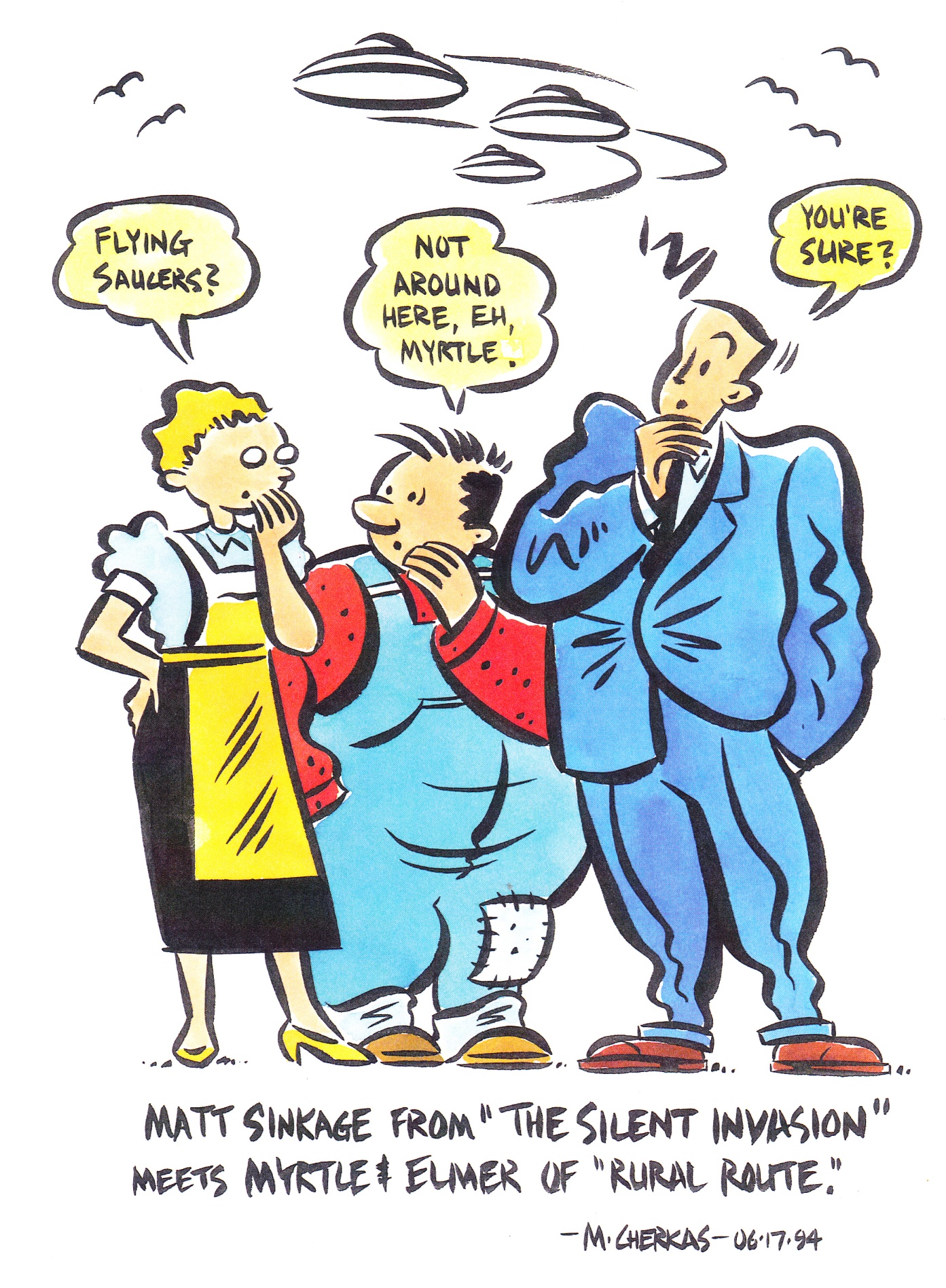 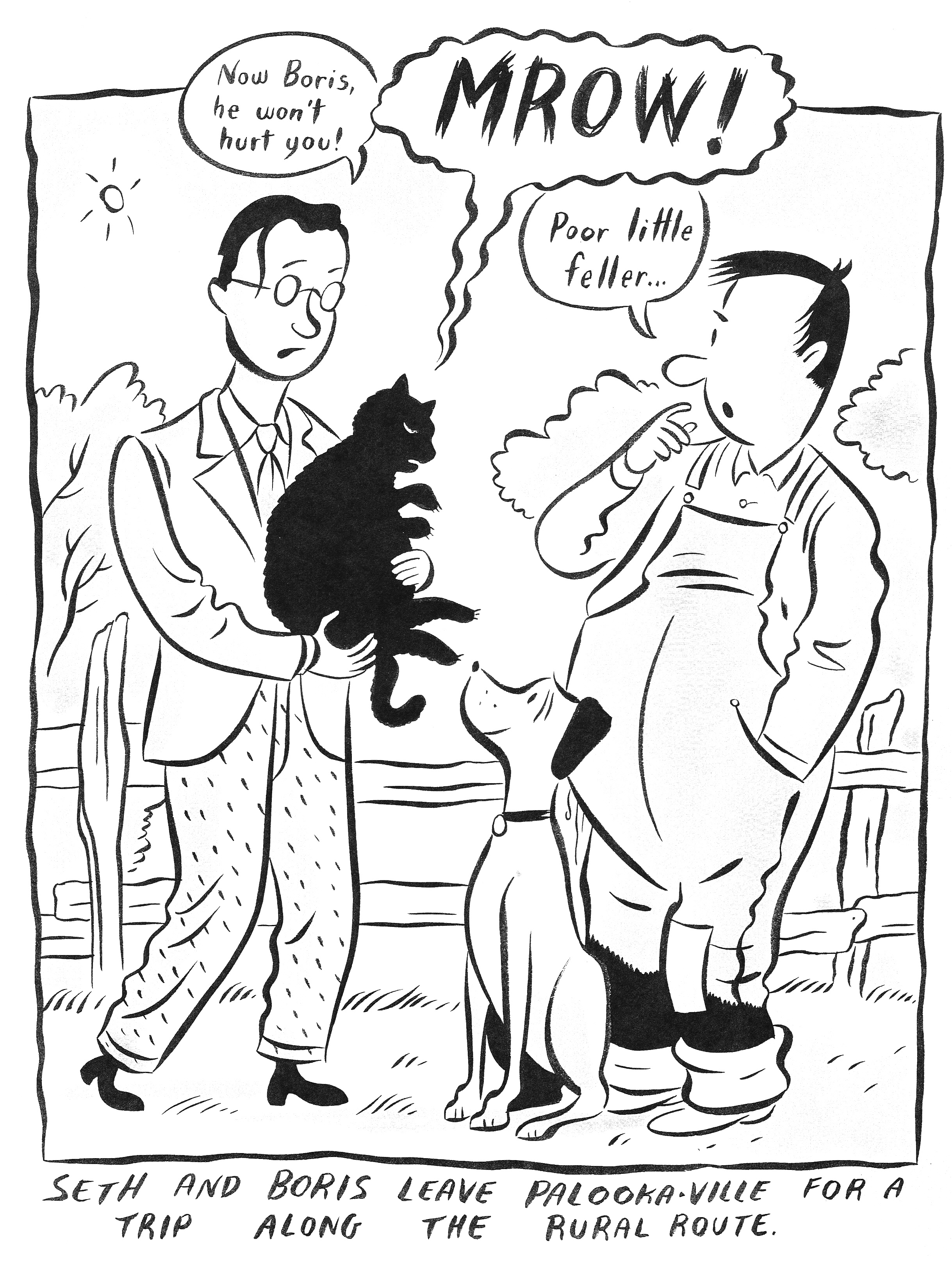 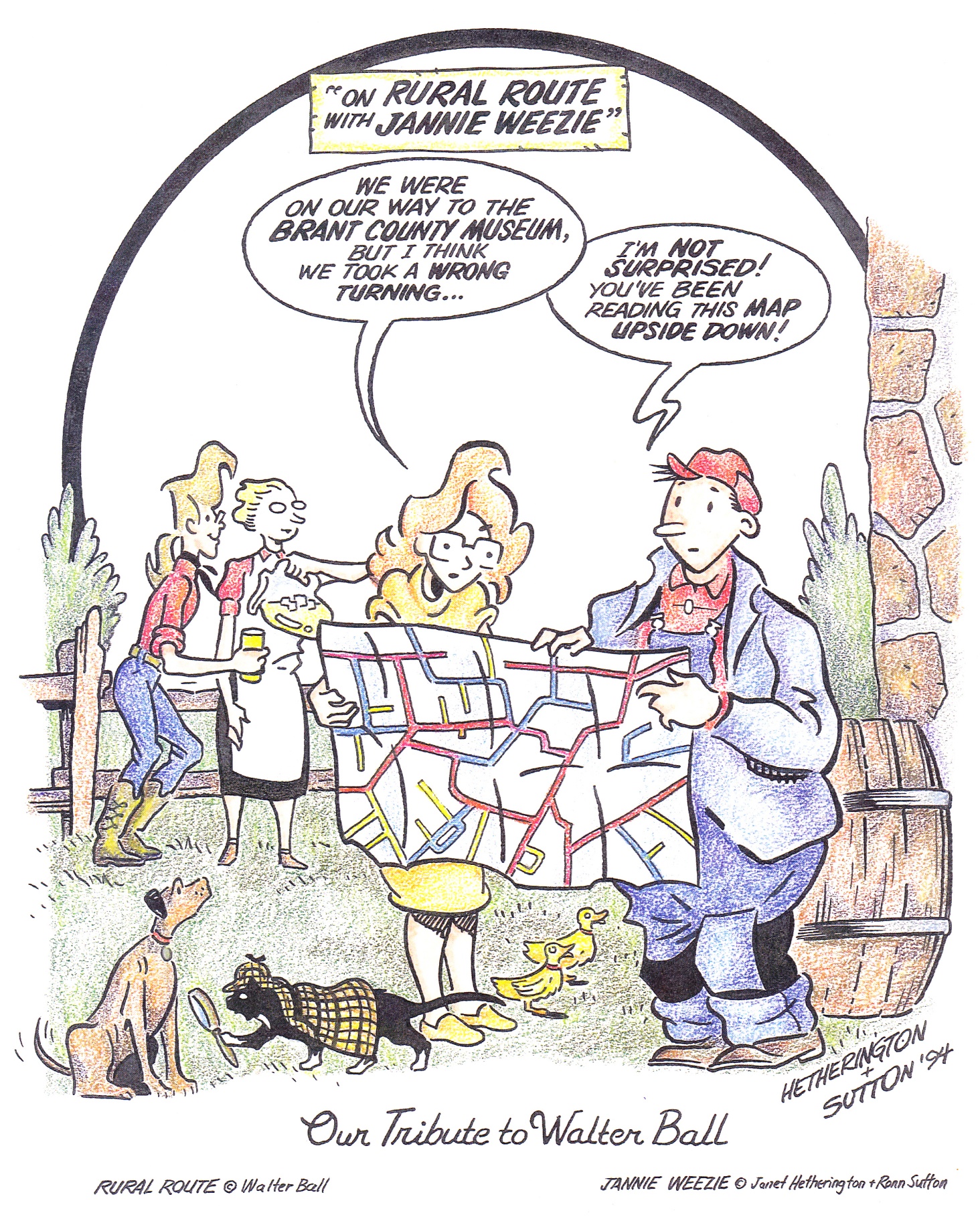 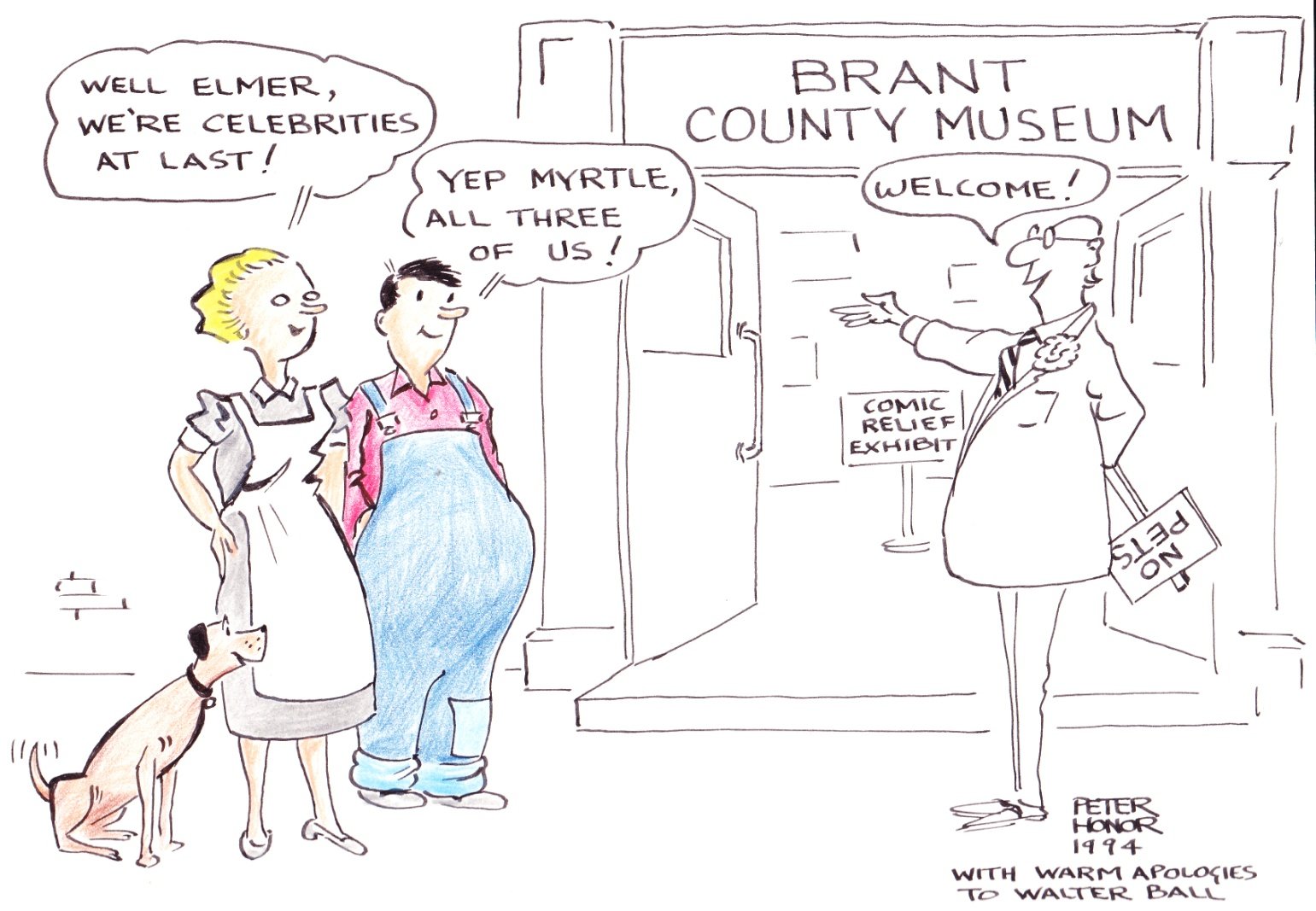 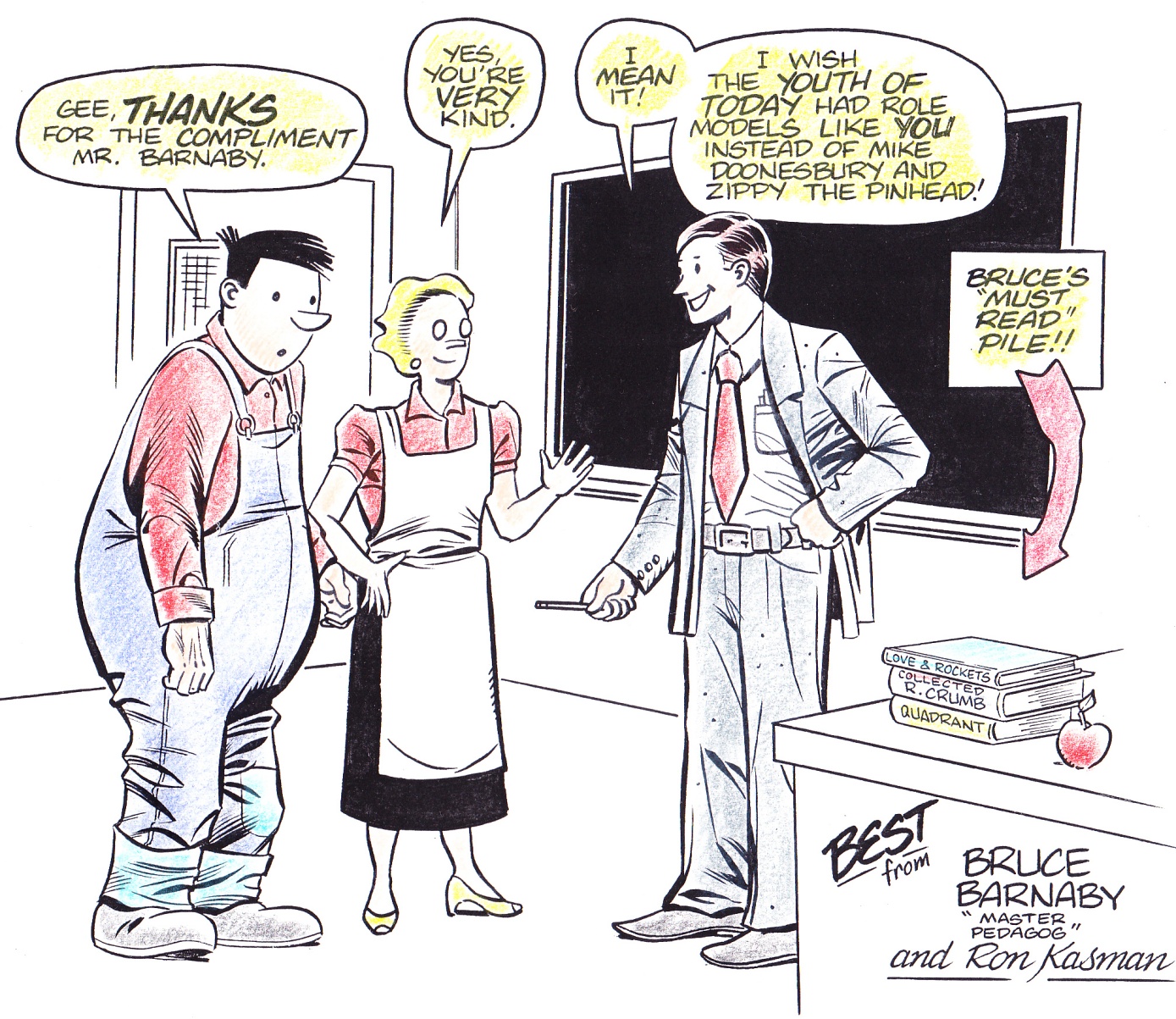 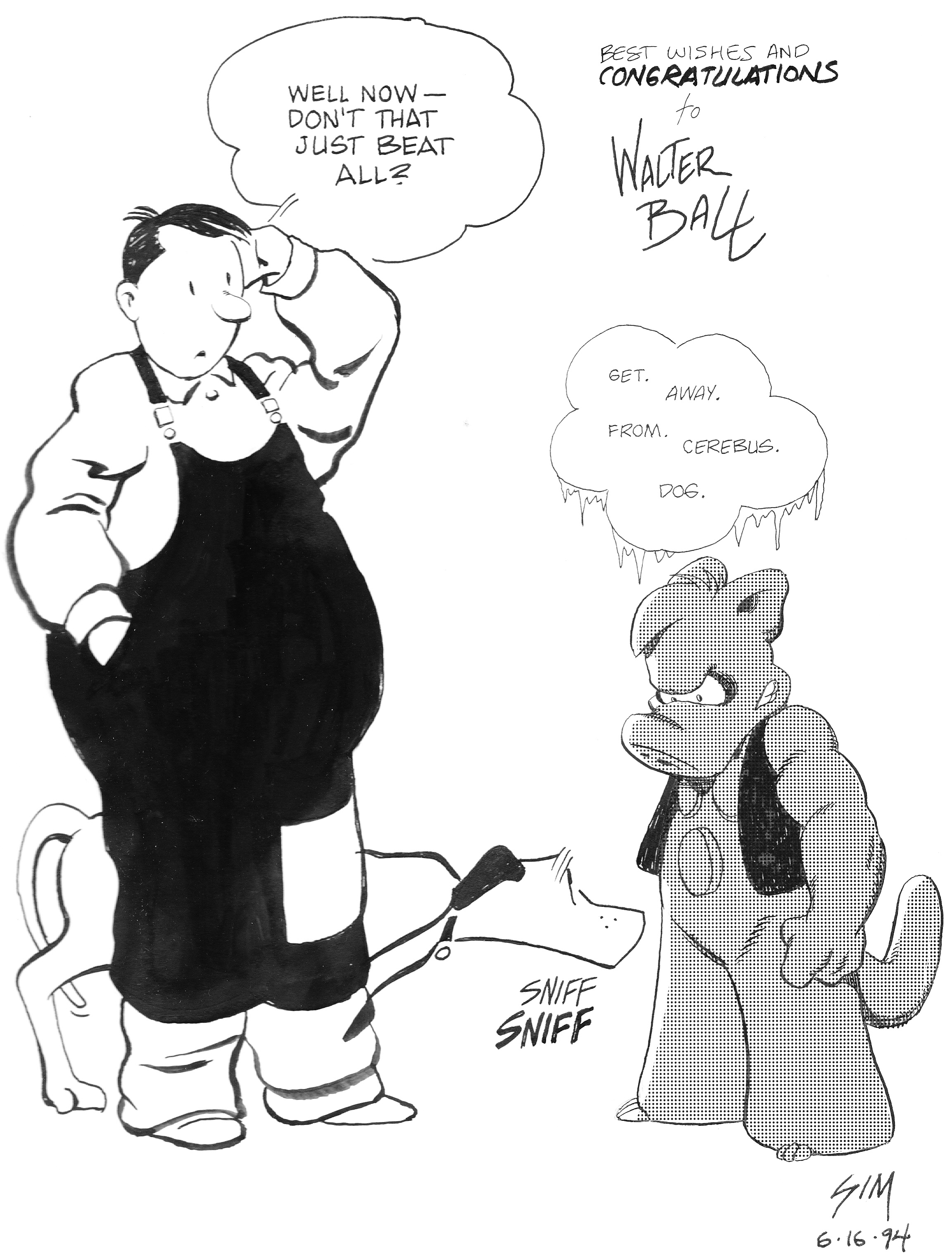 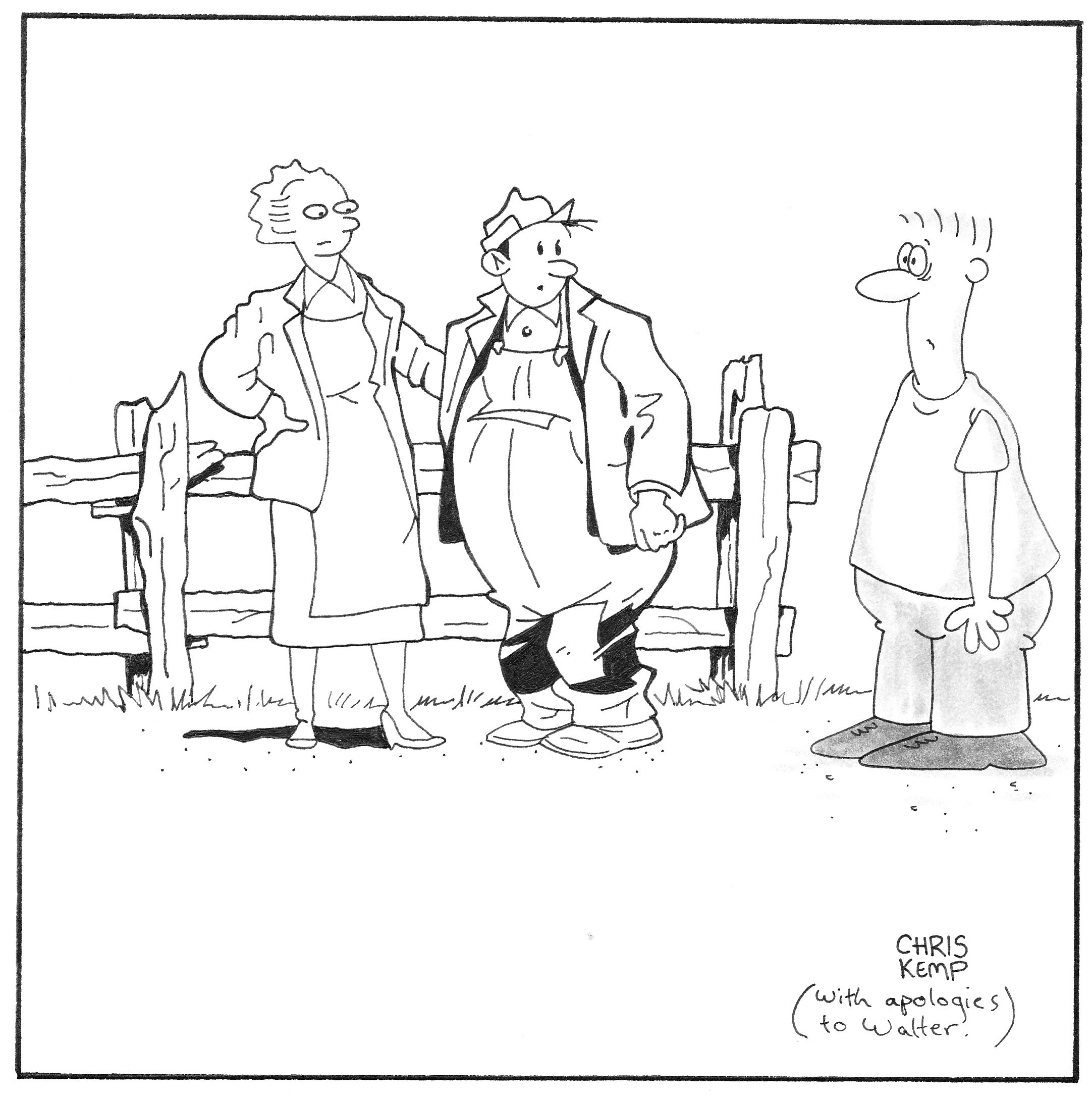 “Something told Myrtle and Elmer that the stranger wasn’t from around these parts.” 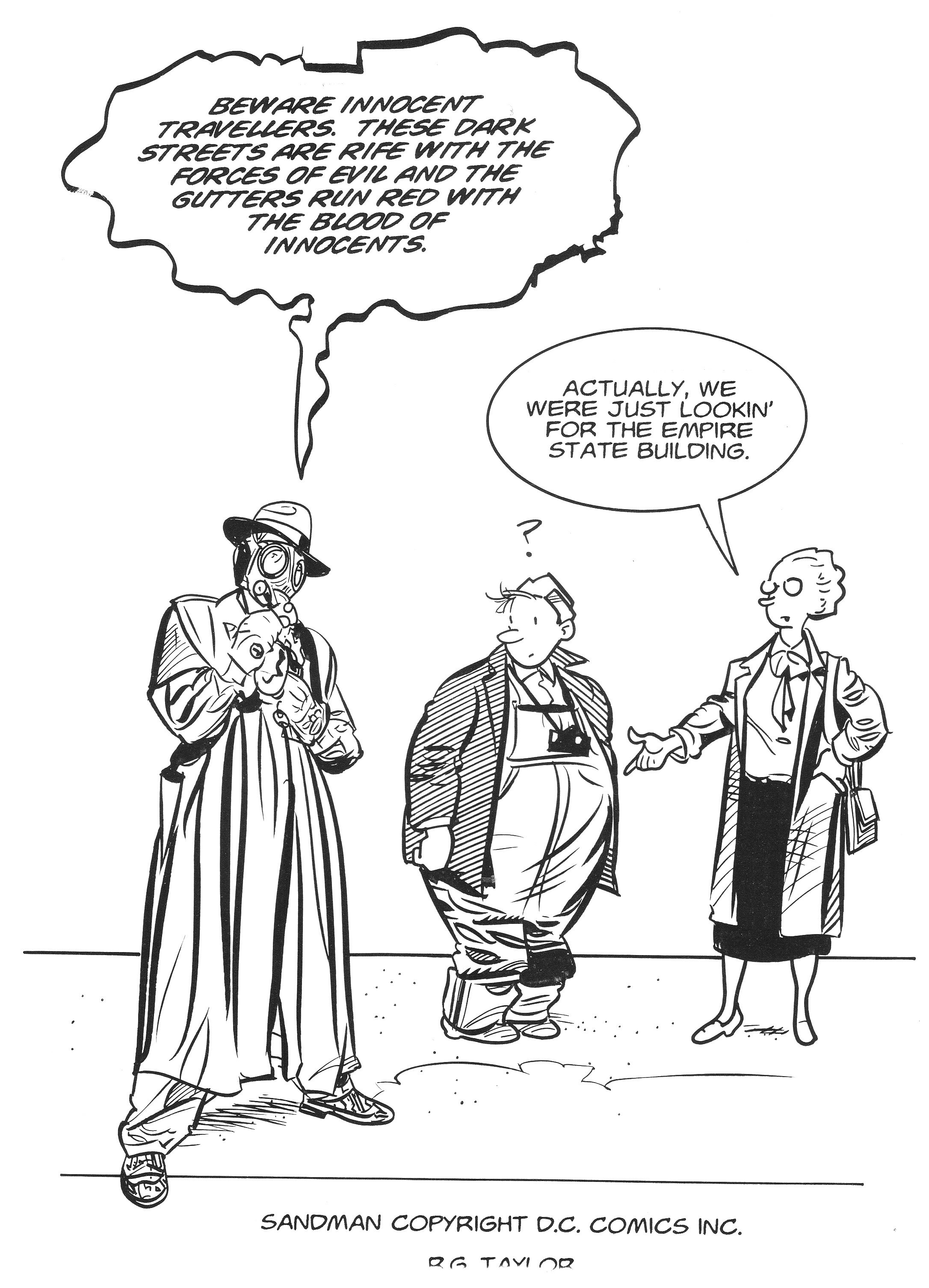