This club organized by Bell Features and appearing in Active Comics was an early initiative of the company to reach out to its readers. Its name began as “Active Club”, but was changed to “Active Jim Club” in issue 4 after “Active Jim” had first appeared in issue 3.

It was basically a couple of newsletters, one being “Active Jim’s Monthly Comment” which usually contained a coded message, and the other “Club News & Views. On the rare occasions when an author was identified he was Adrian Dingle.

The club became an important bridge when Cy Bell decided that his company would sponsor a hockey team which was called the “Panthers”. Club members and Active Comics readers were kept informed of the “Panthers’” activities through the club’s newsletters and a cartoon story about the “Panthers” in Active Comics. An inventive way to create a link between community activities and the periodical.

“Hello Gang!! I’ve been receiving quite a few letters from club members in England. They are all asking for pen pals, here in Canada!! So how about dropping them a line!!’

This is followed by 7 partial letters from youngsters with English addresses joining the club and asking to have pen pals. The club ended before any follow-up occurred nor is there any indication Bell had extended its distribution to that country. The best guess is that individuals were taking their comics with them on trips to Britain then leaving them with friends who then used the “Active Jim Club” application form. 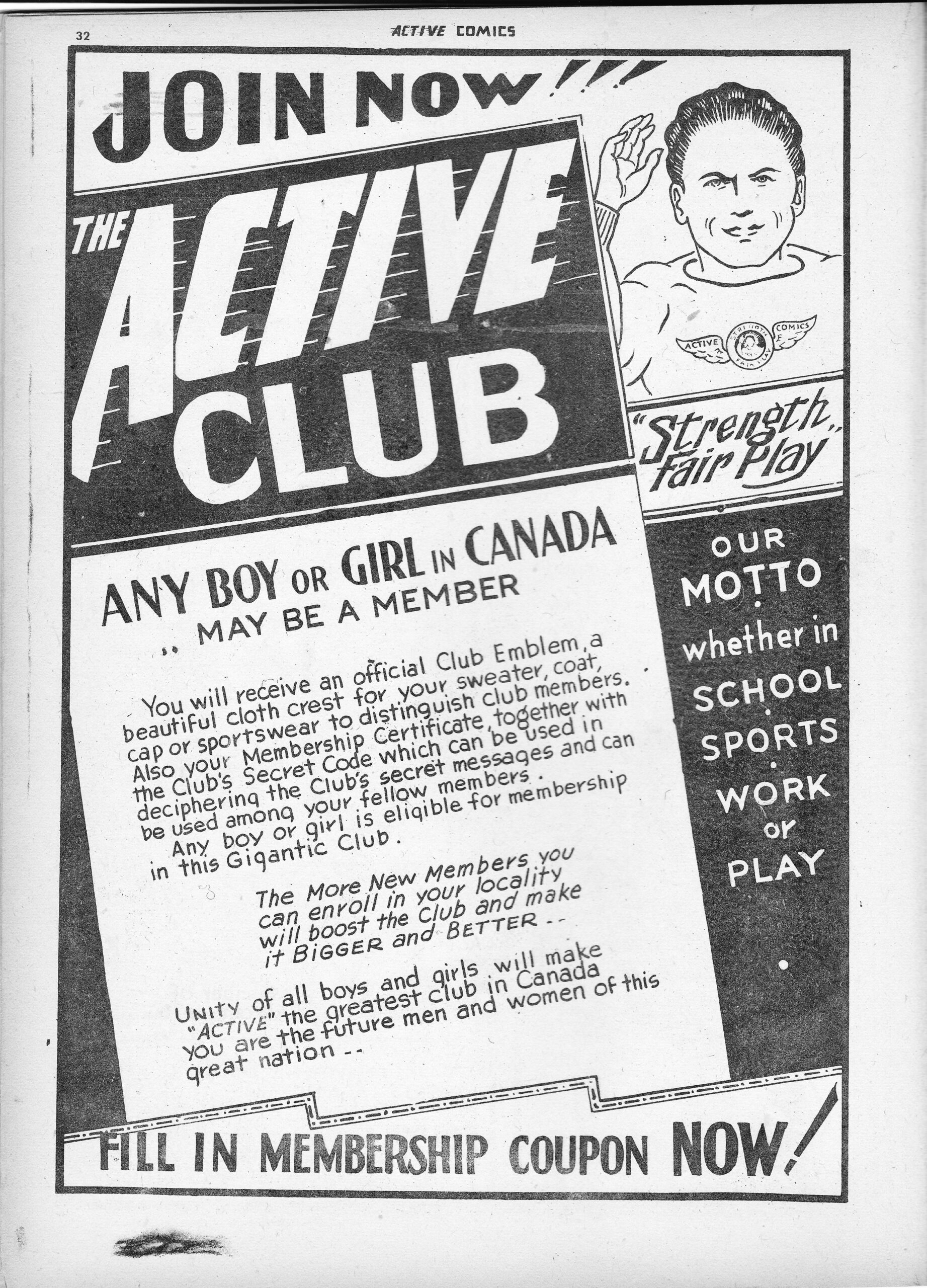 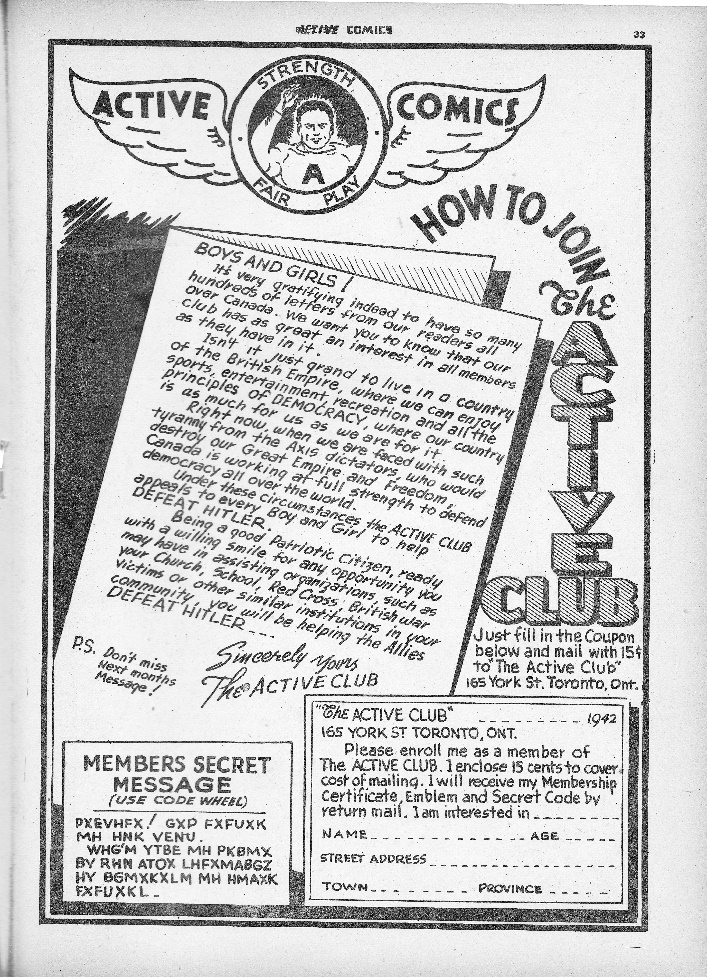 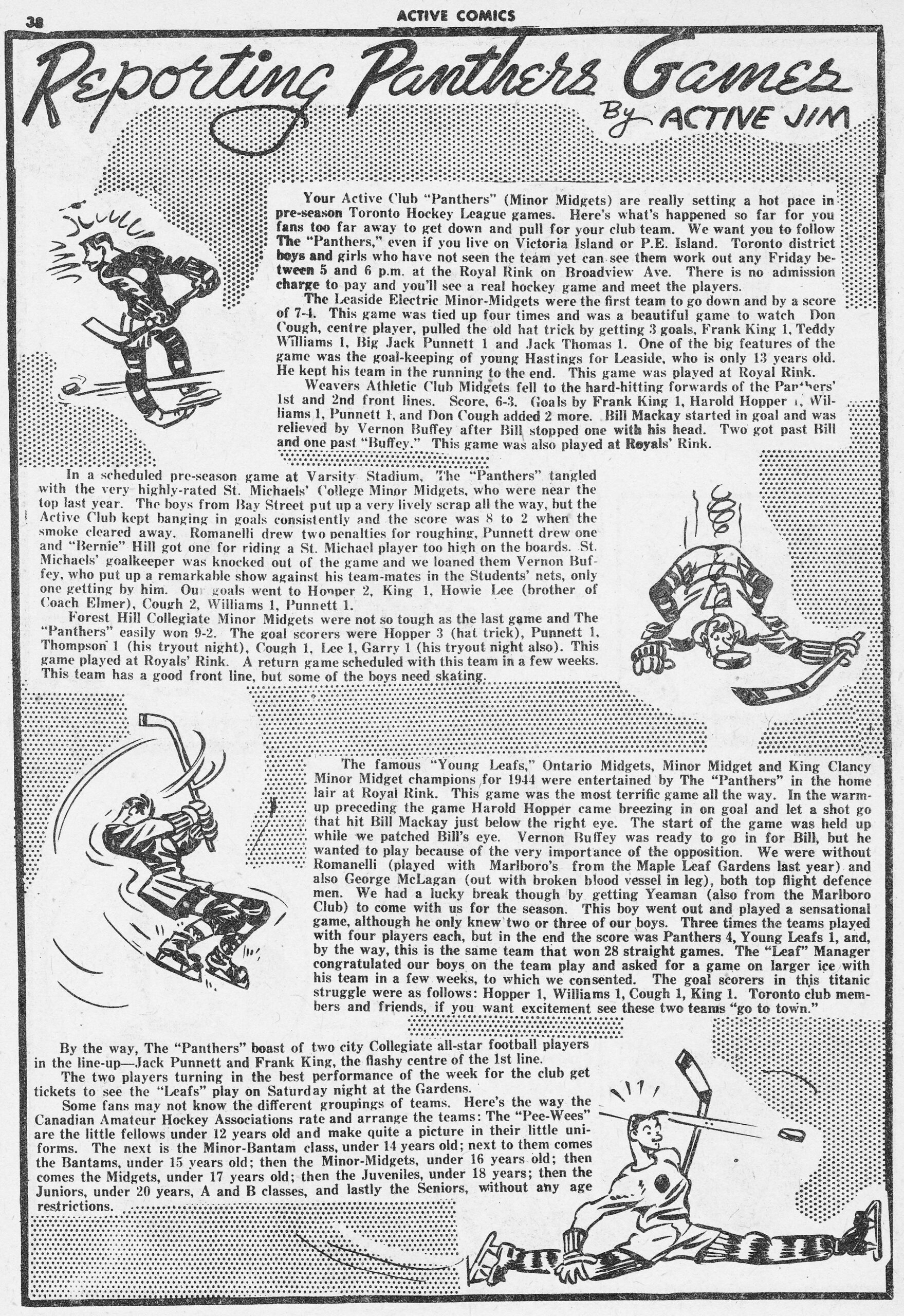