This was a semi-fictional graphic serial promoted a minor hockey team The Panthers, in the Toronto Hockey League, now called the Greater Toronto Hockey League. The team was sponsored by Bell Features and Publishing Co. Its membership focused on, but was not restricted to Active Club members.

It was a short-lived feature, and sponsorship and probably coincided with the 1943/1944 hockey season. The series began and ended in Active issues 19 to 21. Active Comics features identified the members of the team and included news items on the team’s progress. The characters in the serial were based on Cy Bell and Bell Artists, Leo Bachle, Ted Steele and Ross Saakel. None of them played on the team, although the stories may have been based on some actual events. 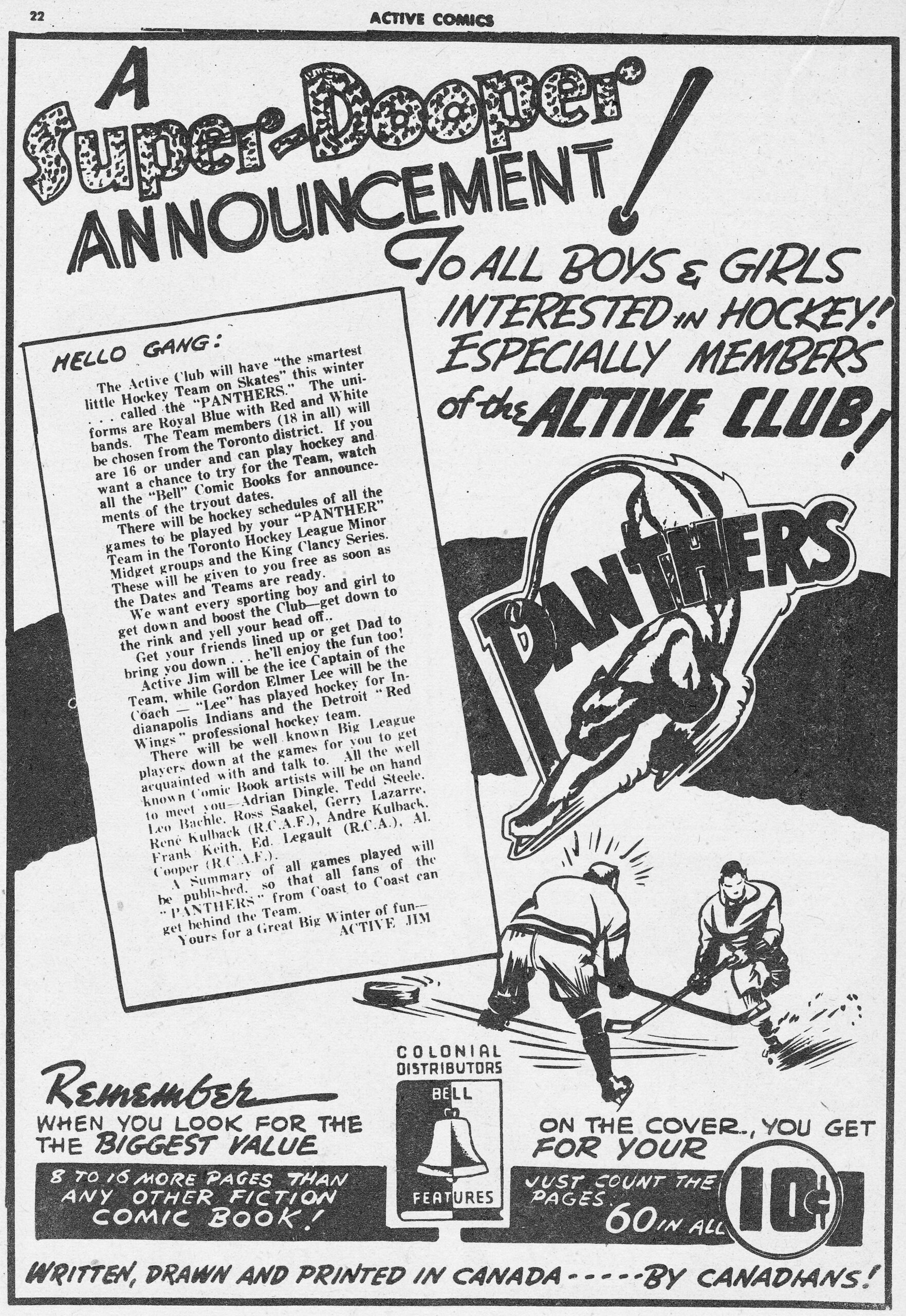 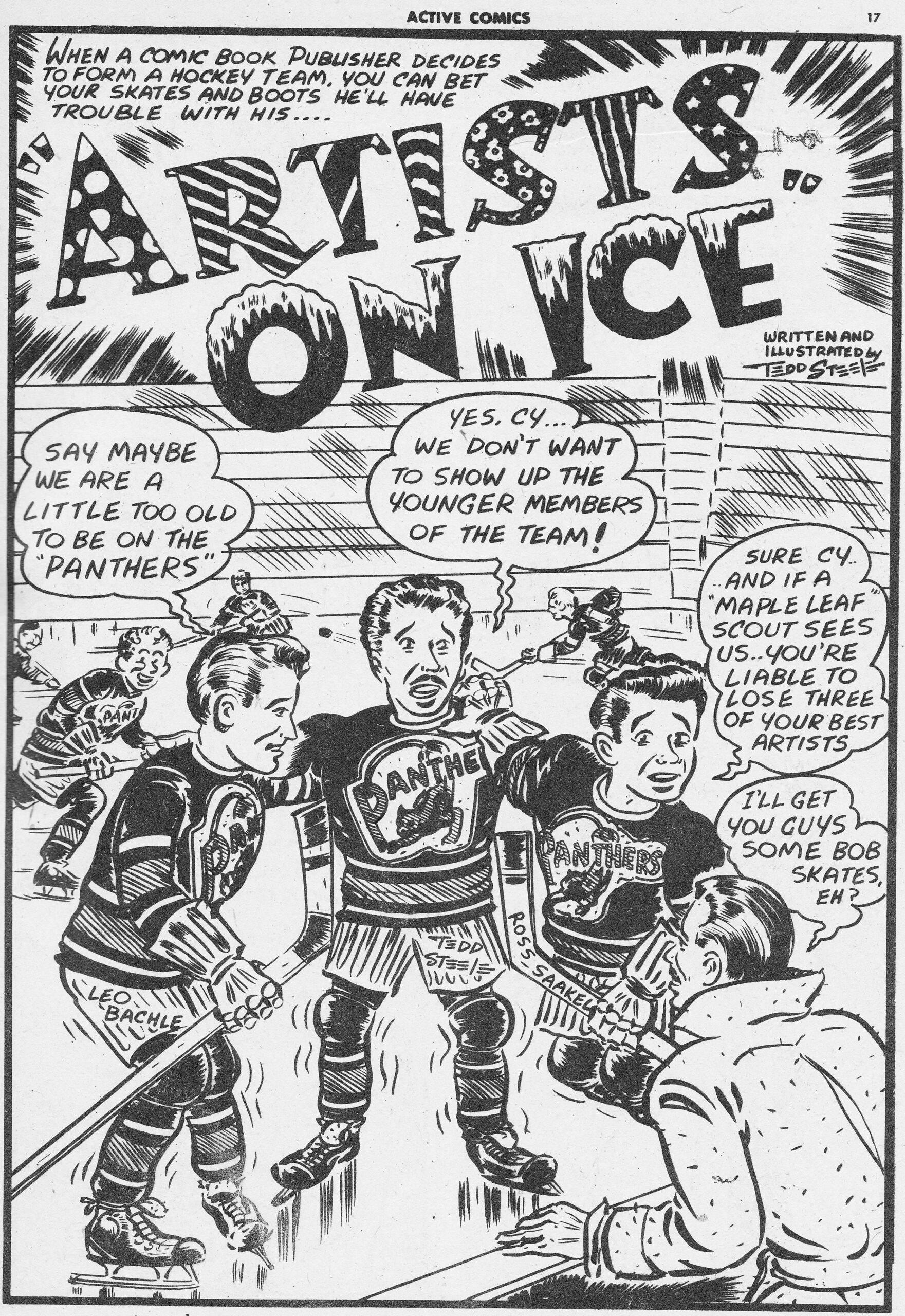 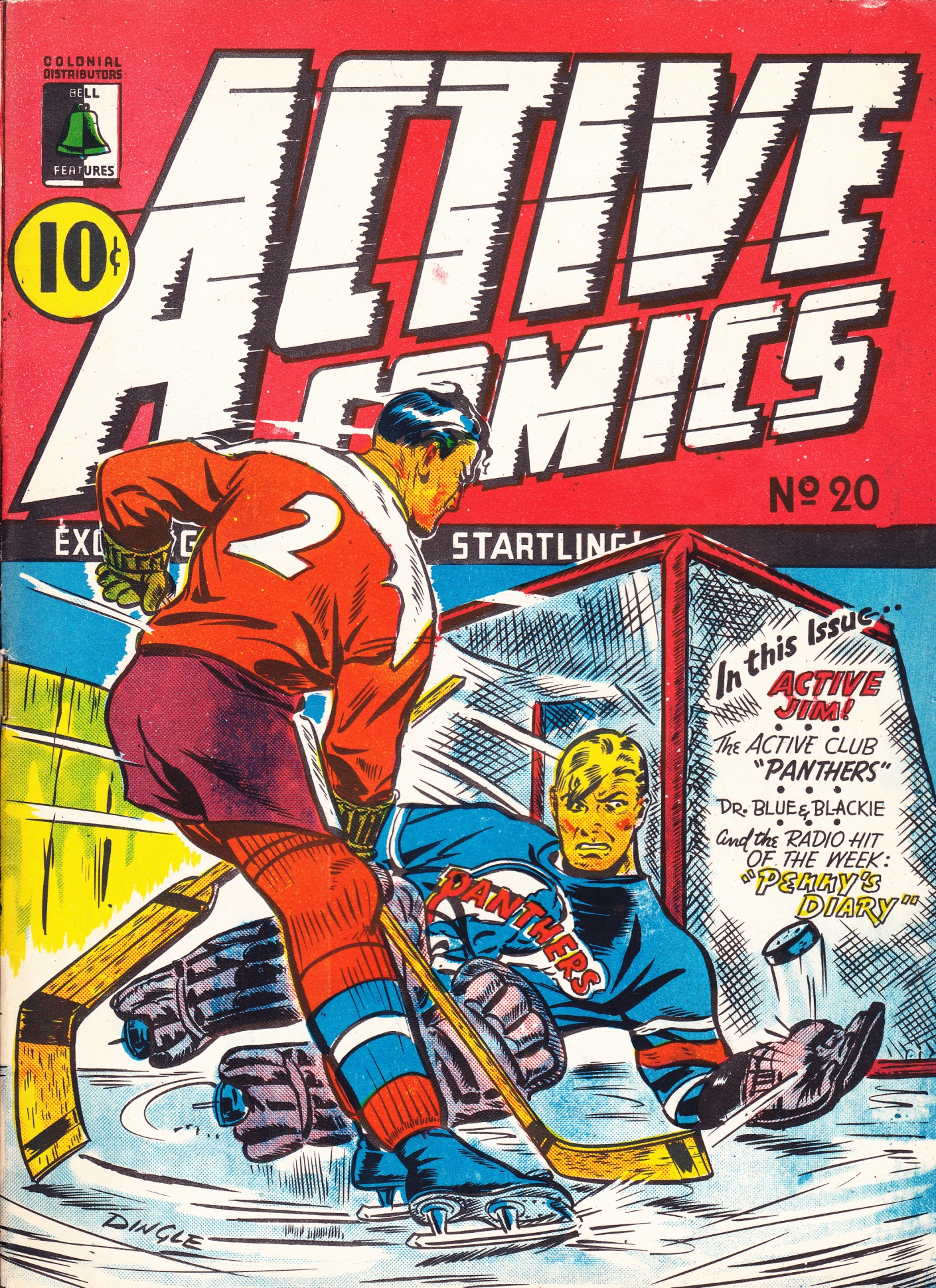 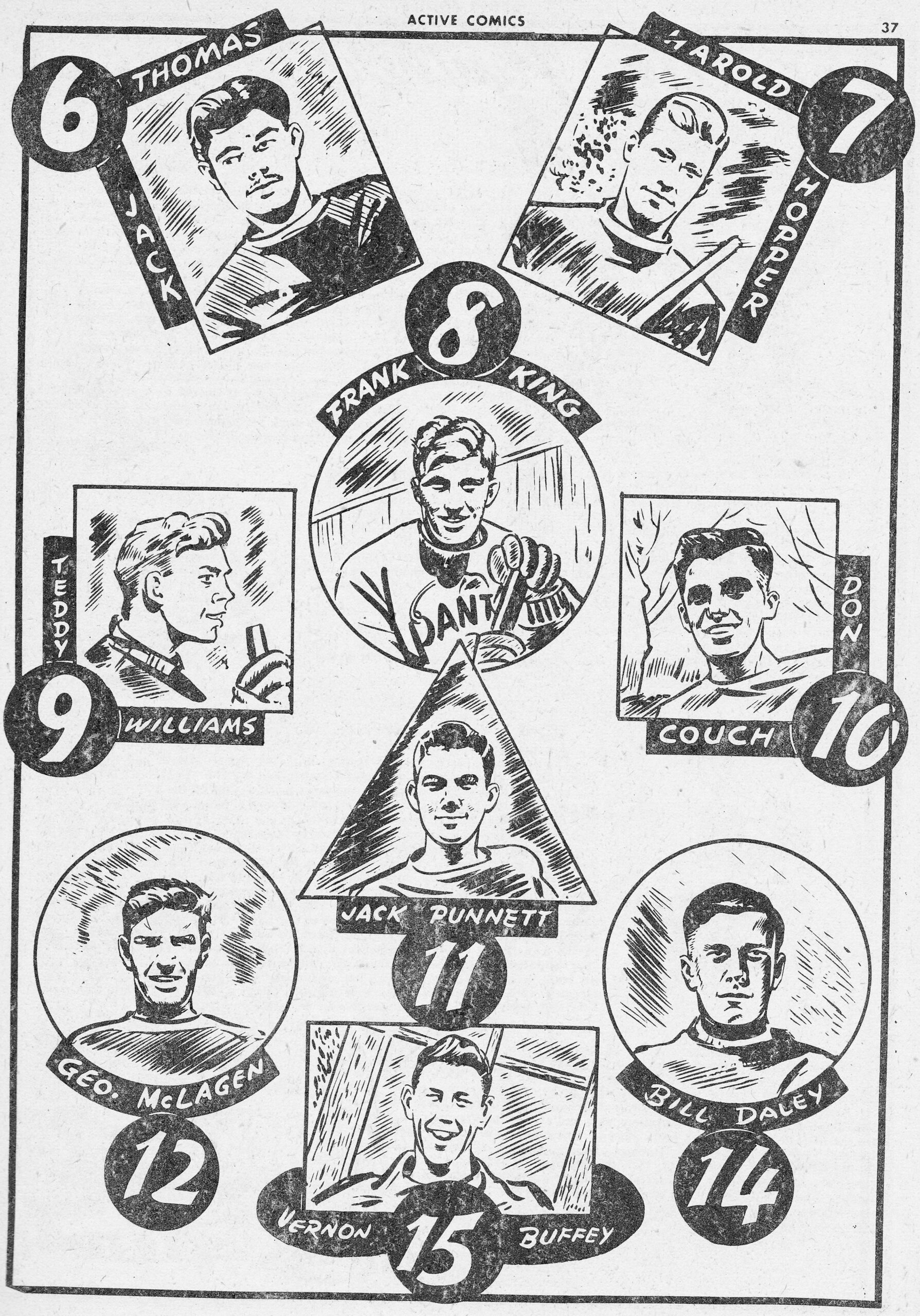