WINGS OVER THE ATLANTIC

This feature appeared in Commando Comics and was created by Jack Tremblay who did the first three issues after that it was cartooned by André Kulbach.

It was perhaps created to give recognition to the Battle of the Atlantic which was fought to gain control of the shipping lanes for the safe passage of goods from North America to England. It was the longest continuous conflict in World War 2.

The stories involved air and air-sea battles. The stories were different from the usual fare in that they had no central hero figure but rather focused on events involving multiple individuals who were sailors and airmen. In this the feature was like those found in Canadian Heroes Comics published by Educational Projects.

The second group of images below is from a different type of story. It centers around the accidental collision between a freighter and a derelict oil tanker. 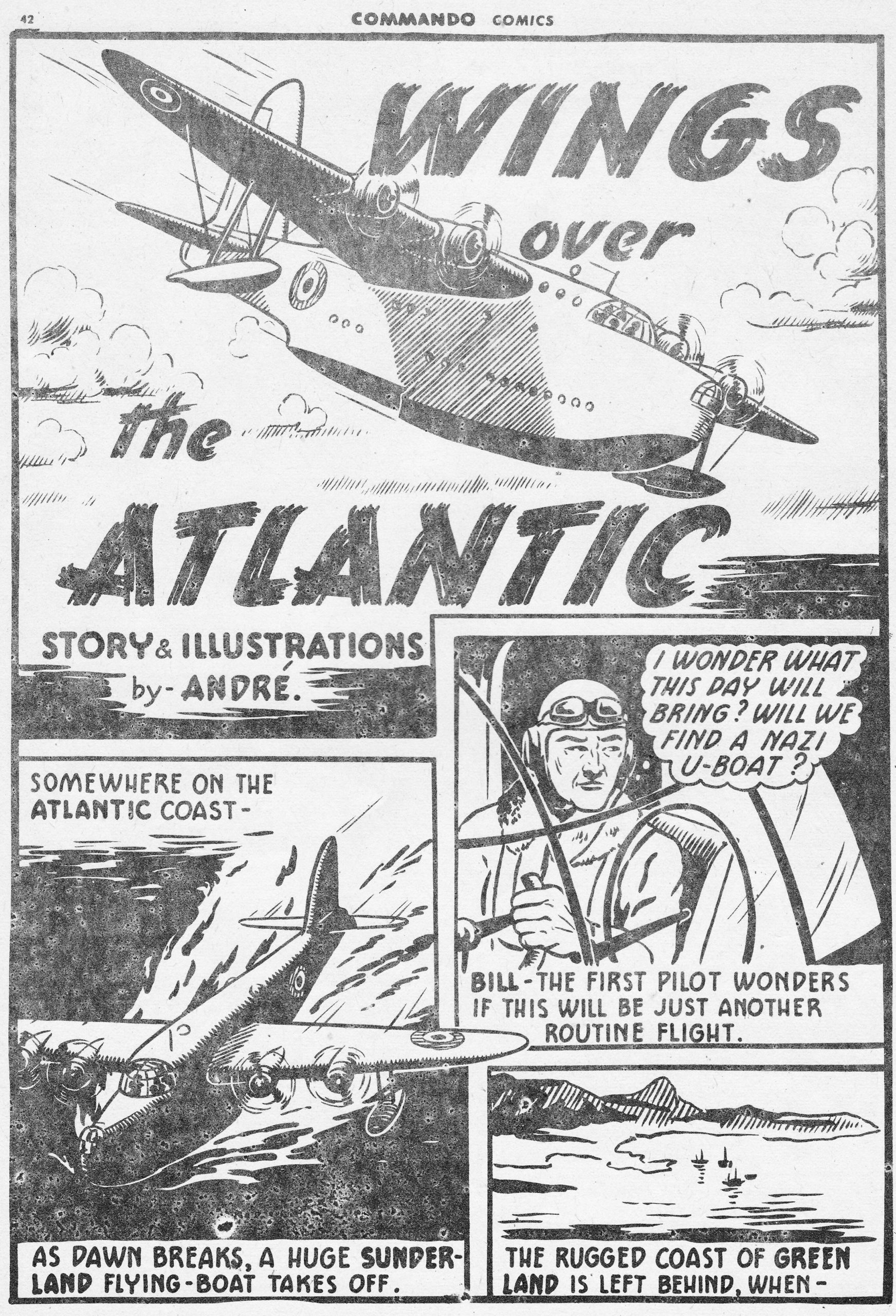 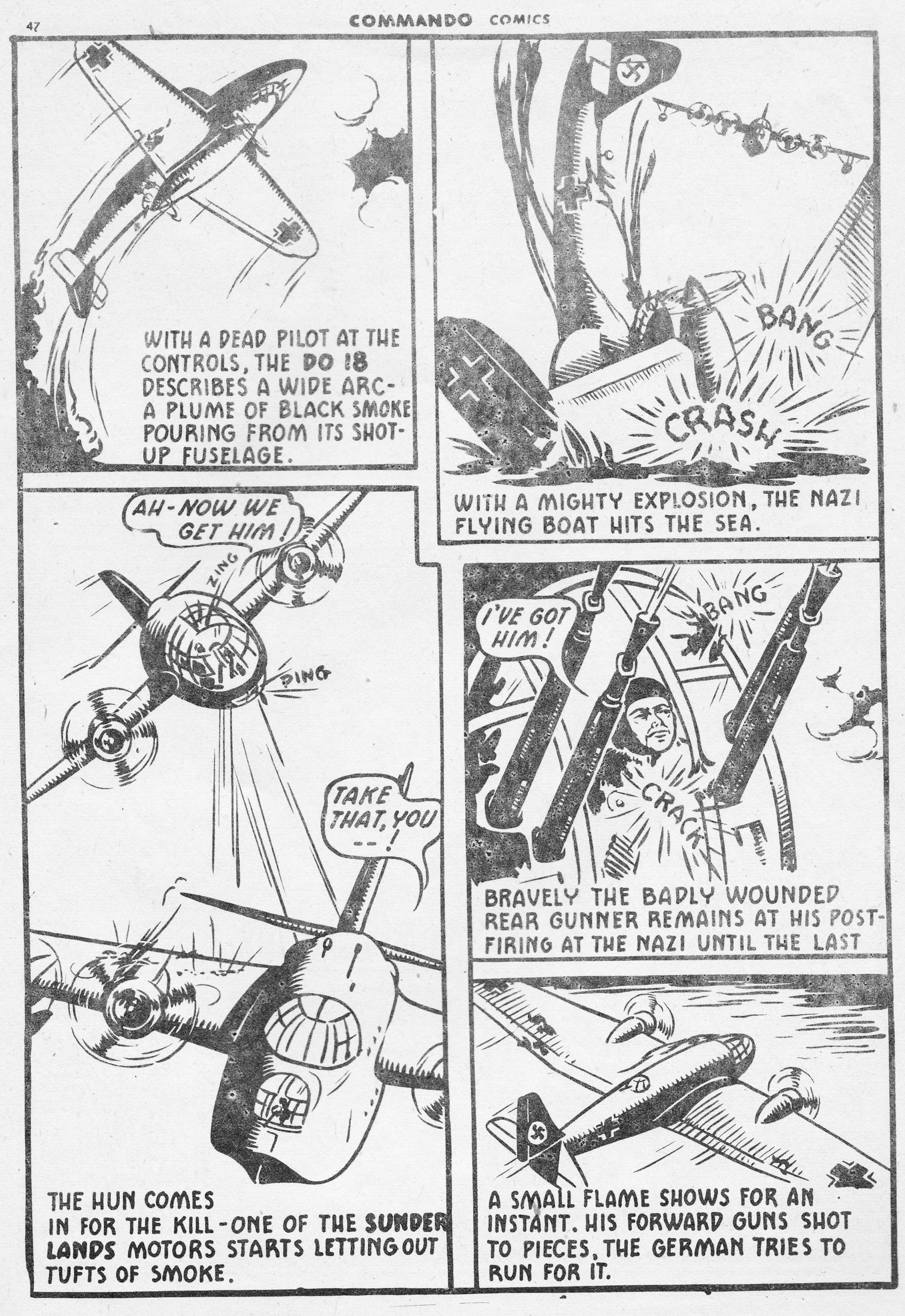 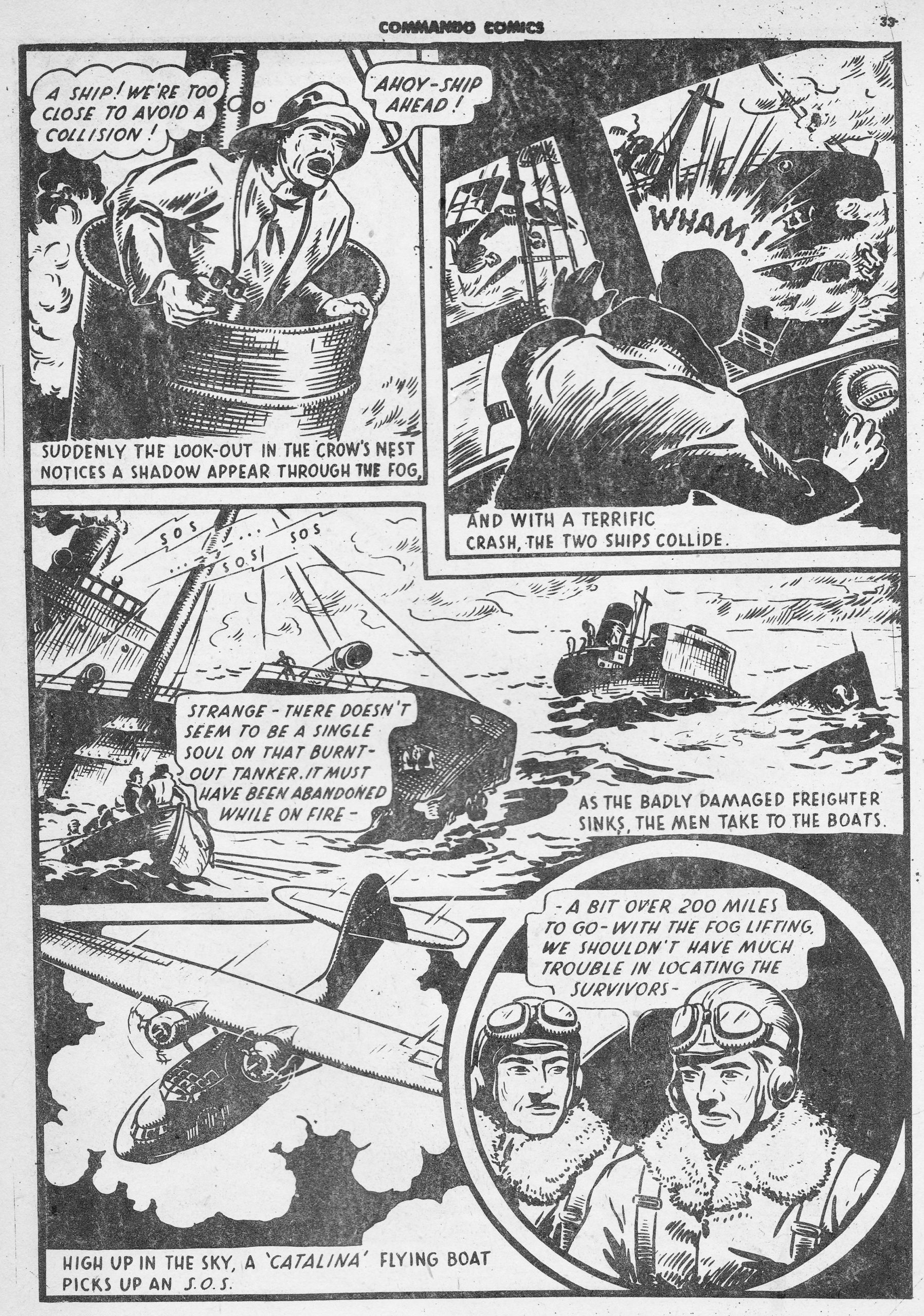 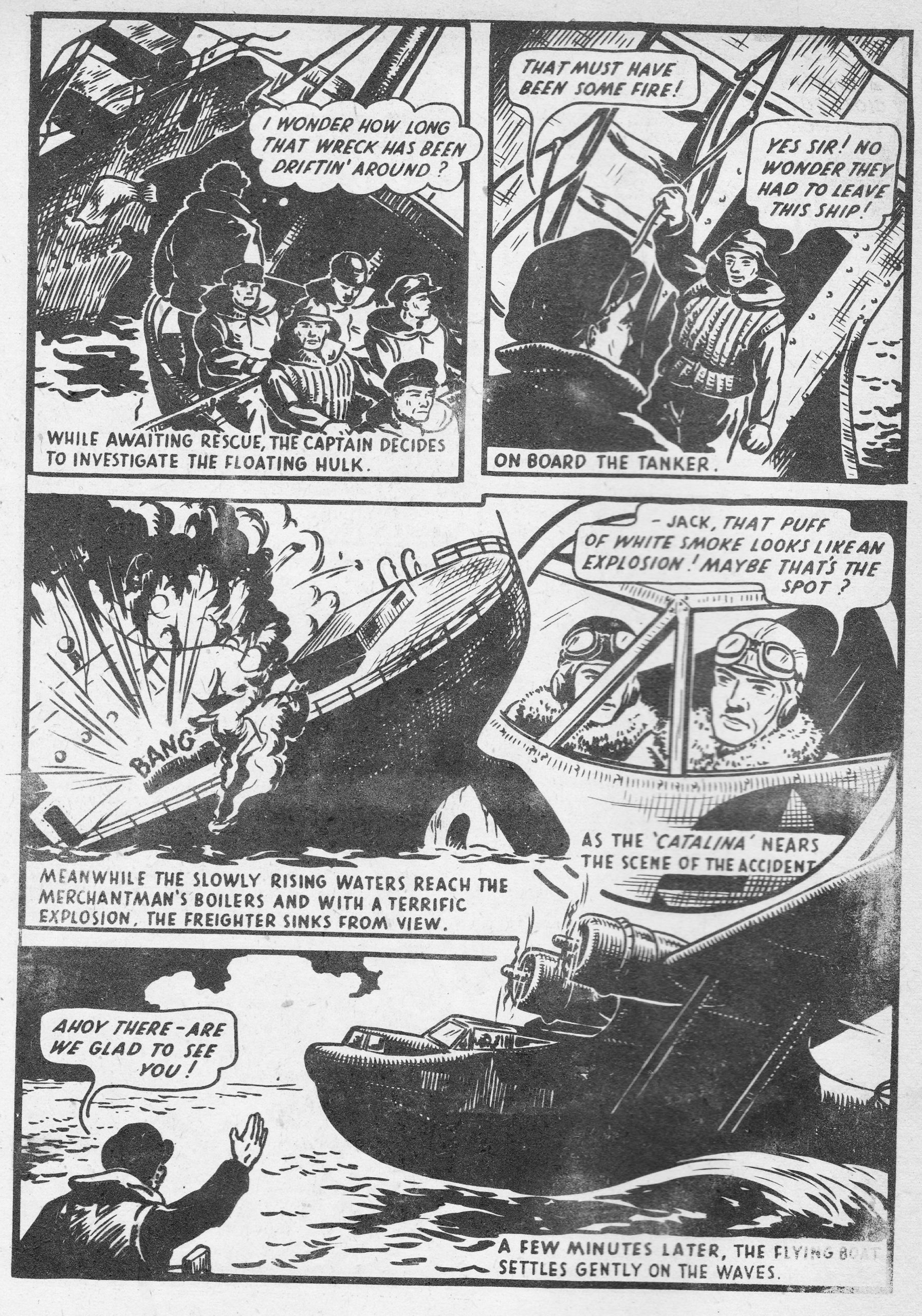 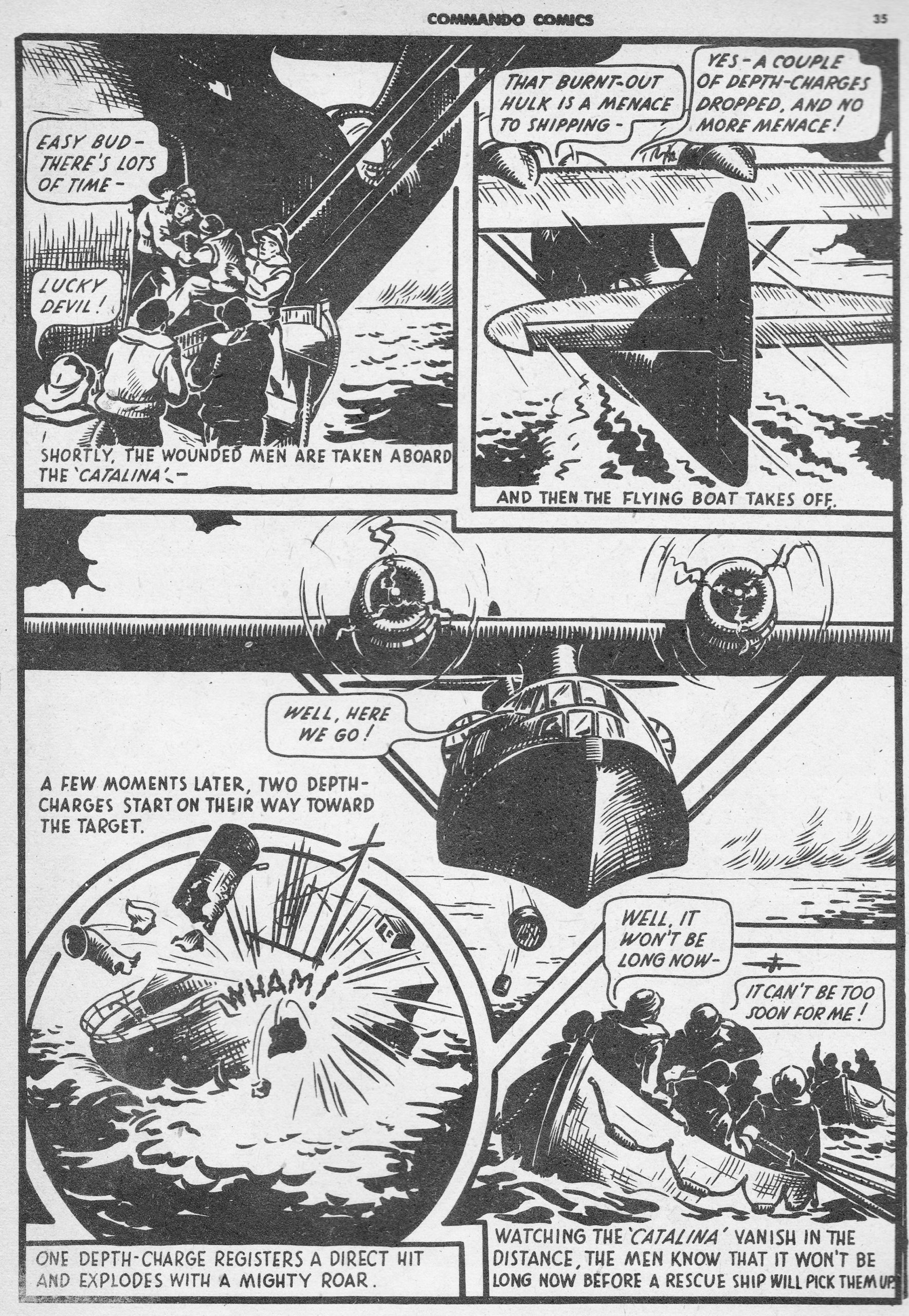