Merle Tingley, who signed his cartoons “Ting” was born 1921 in Montréal.

He studied art for a year and worked briefly as an apprentice draughtsman for a Montréal engineering firm. “Luke Worm” has long been a mascot on Merle’s editorial cartoons, but his association with Merle has a much longer history.

After losing the job, he joined the Army Signals Corps in 1942, and in 1943 became staff cartoonist for The Khaki, the Canadian army’s official bilingual magazine. There he created “This Doggone Army” in which he personified dogs which portrayed army life, and another feature “Postwar Poppy.” Colonel Dick Malone signed him up as cartoonist for a planned Pacific edition of the Maple Leaf  but the war ended before Canadians moved to that front. Doug MacFarlane of the European Maple Leaf grabbed him to replace “Bing” Coughlin who was being repatriated. Merle joined the occupation force in Delmenhorst Germany in 1945. There he created the daily feature “Occupational Oscar” according to Merle the backs of abandoned SS posters made excellent drawing paper. The Maple Leaf’s finally closed its doors and Merle remembered the wake for its demise. “It would be a book in itself.” he said.

He returned to Montréal, and got a job with an ad agency. He soon became tired of the work and decided he wanted to be a cartoonist. He bought a used motorcycle and toured the country showing his portfolio to thirty-one editors, before, out of desperation, he took a job retouching photographs at the Free Press in London Ontario. He drew editorial cartoons in his free time and submitted them to the editor. After two months he was made, in 1947, the Free Press’ first editorial cartoonist. Soon the pipe smoking Luke Worm appeared in his cartoons. The Free Press held a contest to name this character and a reader’s suggestion “Luke” was chosen. It became the signature piece for Ting’s cartoons but it also contained the significant attachment to his past that has already been described.

In addition to cartooning, he wrote articles and columns while on assignment to sketch Canadian soldiers and to bolster moral in Korea, and the Gaza strip in the 1950’s. Later U.S. troops in Formosa and the South Pacific and again Canadian peacekeepers in the Congo, and Cyprus.

In 1955 he won a National Newspaper Award. In 2015, he was inducted into the Canadian Cartoonist Hall of Fame, formerly the Giants of the North Hall of Fame.

Ting Cartoons. No publisher, no date.

1950, Luke-ing Back: A Worm’s Eye View Of Yesterday With Luke Worm. London Free Press, No publisher, no date. 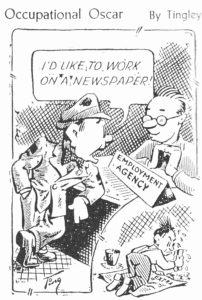 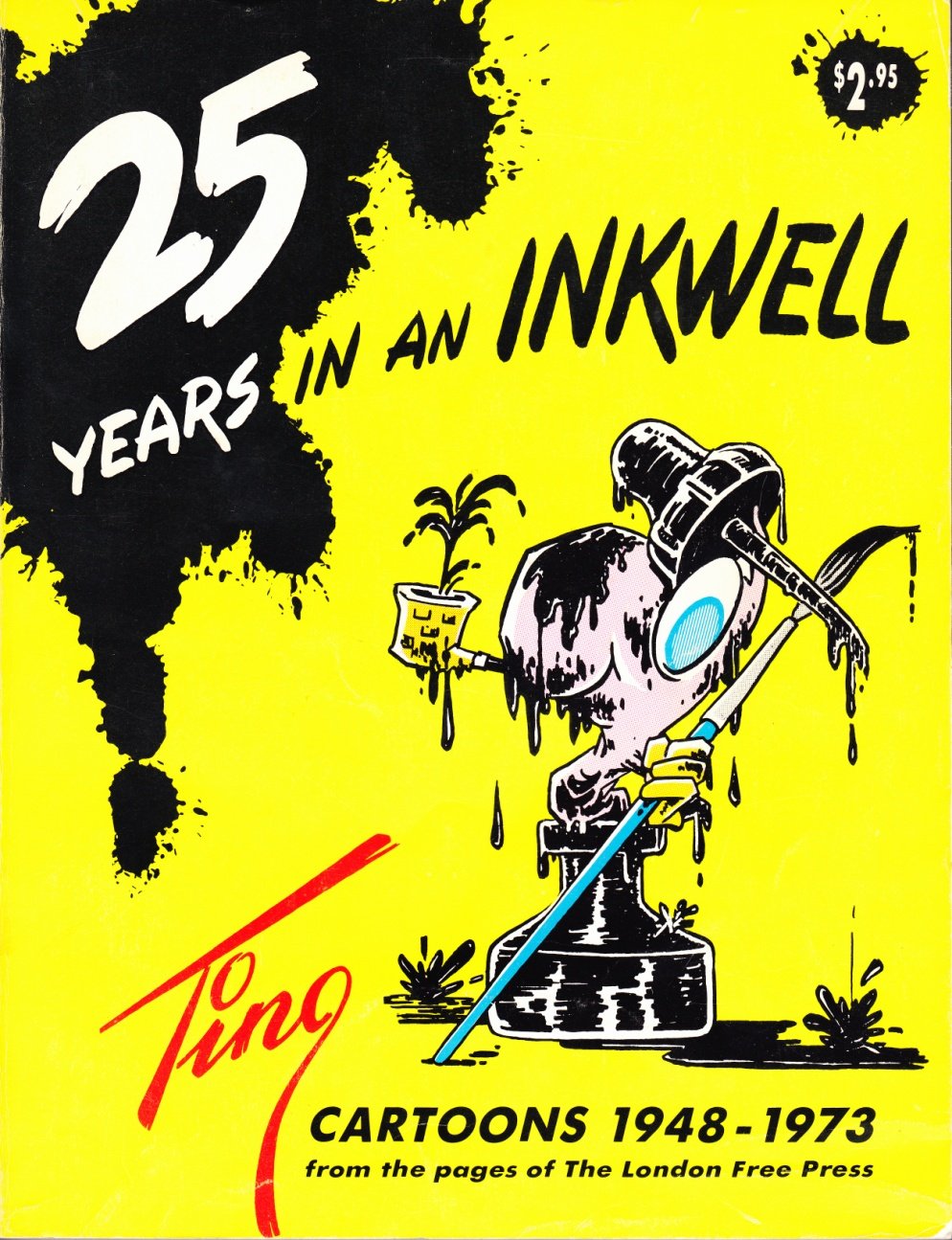 A comment on Canada’s role as Peace Keeper, London Free Press, 11 May 1964 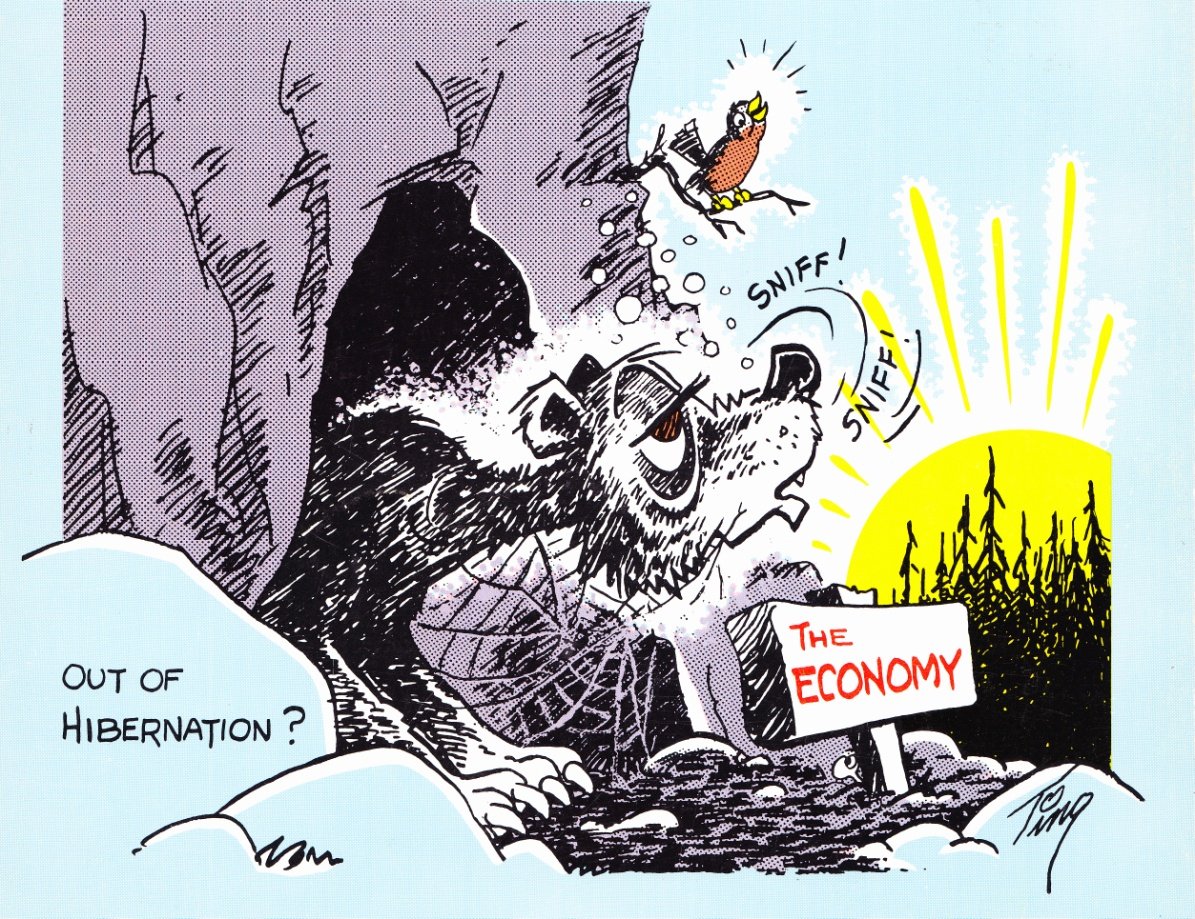 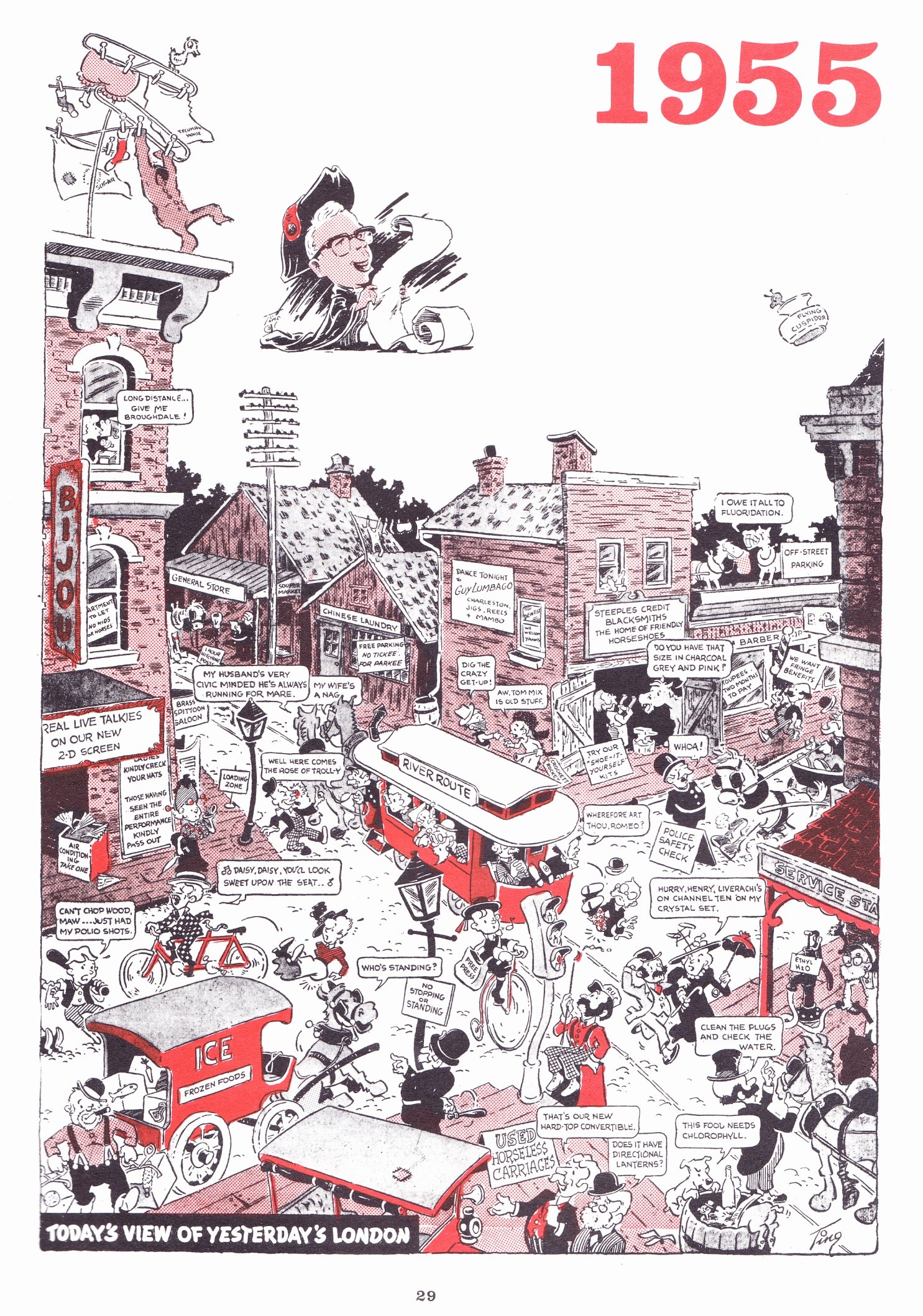 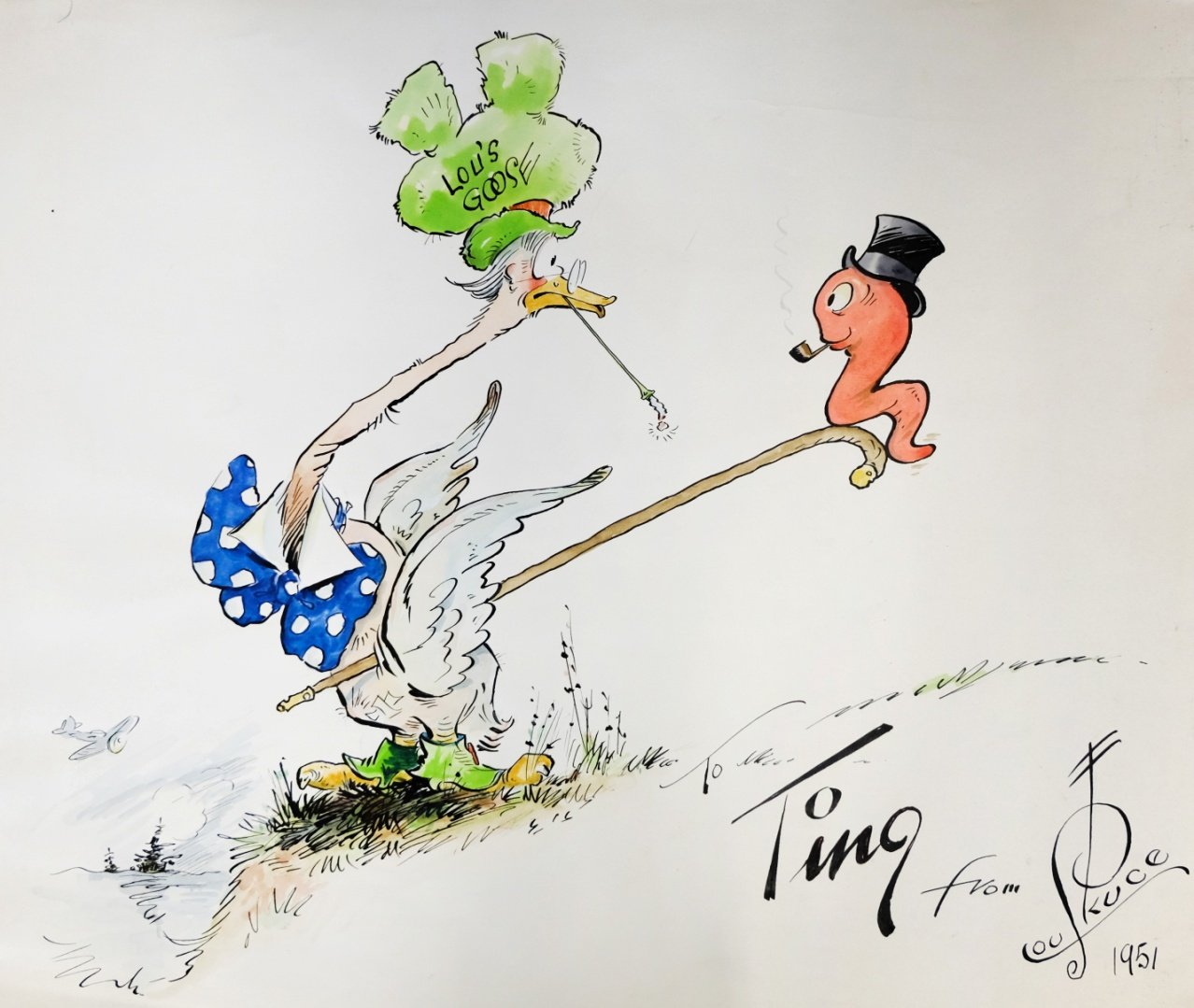 Tingley’s worm and Lou’s goose meet: a tribute to Tingley by Lou Skuce, 1951 (The year Skuce died.) Found by Ivan Kocmarek at the National Library and Archives, Ottawa.