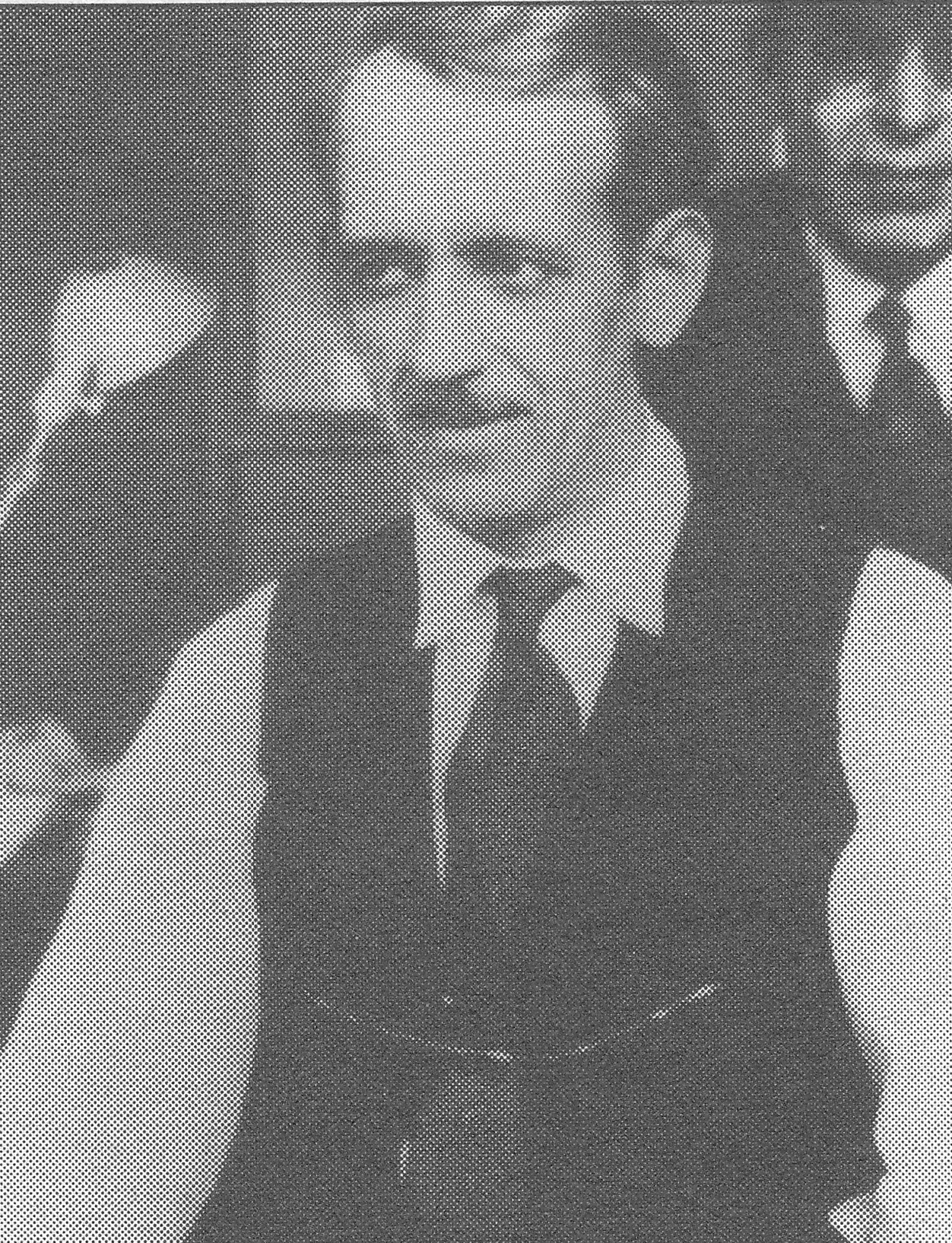 He is best known as the man who designed and named Bugs Bunny, but in his career (1935-45) in the U.S. animation studios he created hundreds of cartoon characters, including Elmer Fudd, Little Hiawatha, Sniffles the Mouse, Inki and the Mynah, The Lady Known as Lou, and Twinkletoes.

Thorson began his career as a political cartoonist for Icelandic-language newspapers in Winnipeg; he also contributed cartoons to the Winnipeg Free Press and the Grain Growers Guide. For 20 years (1914-34) he was chief illustrator for the Eaton’s Catalog at a time when the entire inventory of goods was hand-drawn.

In 1935 he was hired by Disney Studios, where he became expert at designing cute, anthropomorphized animals. After 2 years, during which he provided story elements and character designs for Snow White and the Seven Dwarfs and over a dozen short films, he moved to Harman-Ising, MGM, and then Warner Bros. studios, where he was the first person ever hired just for his specialty – character design. He also worked at Fleischer Brothers, Terrytoons, Columbia, and George Pal studios.

When his movie career ended, Thorson switched to advertising and children’s book illustration. In 1947 he wrote and illustrated Keeko, a book about an adventurous Indian child. Keeko went into a 9th printing and prompted a sequel, Chee-Chee and Keeko, in 1952.

For Eaton’s Thorson created the character “Punkinhead”, the most successful advertising character in Canadian retail history. “Punkinhead” soon turned up adorning hundreds of Eaton’s products, from booklets to clothes, dishes to furniture.

Charlie also designed “Elmer the Safety Elephant” in 1952, the icon for a nationwide traffic safety campaign for school children.

According to Gene Walz, Charlie was attracted to stories about outcasts and improbable heroes. His forte was designing cute, charming characters with undeniable star-quality. He had a special gift for using the subtleties of colour to give his cartoon characters 3-dimensionality and human-ness; through his detailed rendering of eyes his creatures gained personality and inner life.

In 1947 he was made an honorary member of the International Mark Twain Society for “his contributions to literature.” 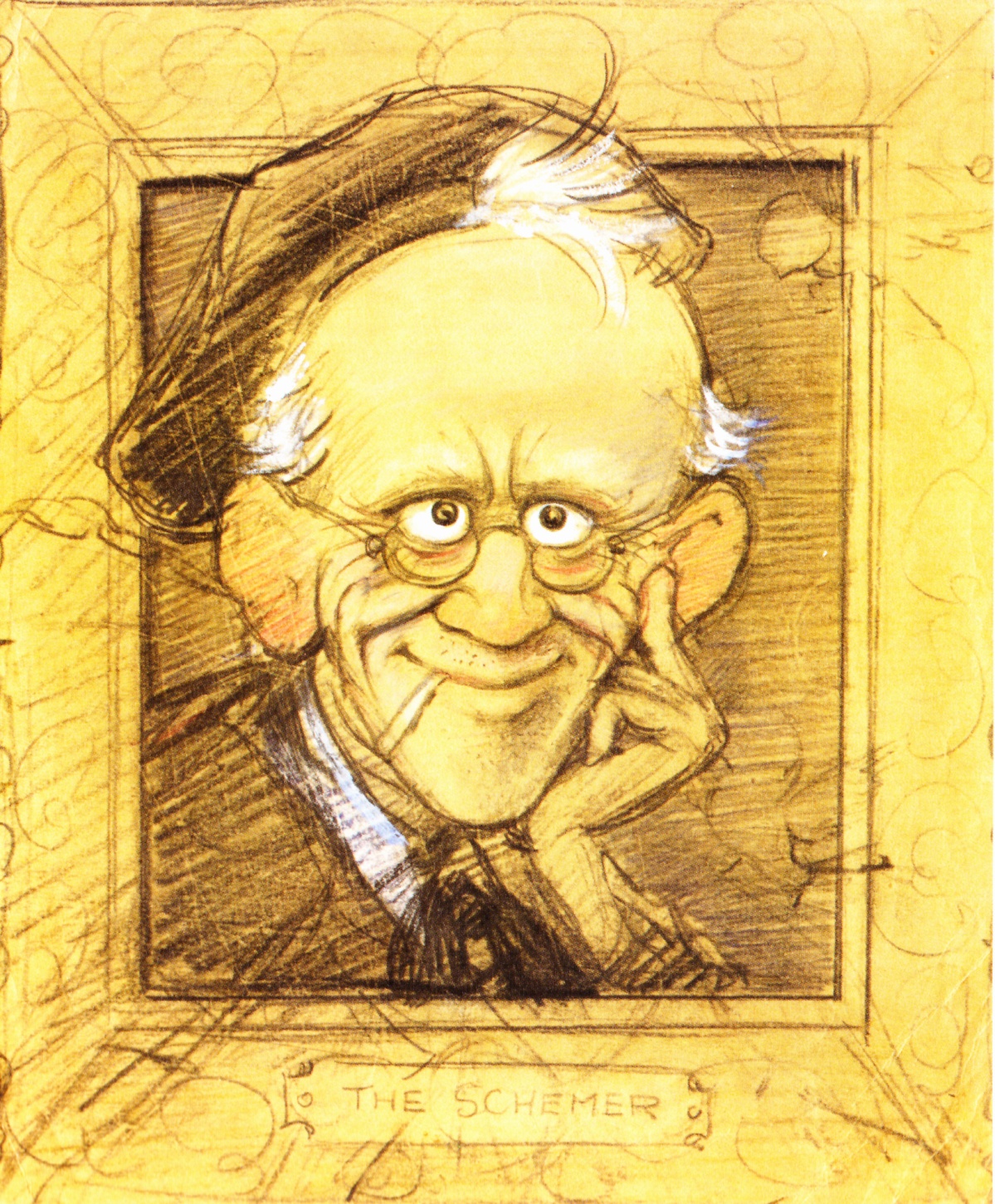 A Self Portrait. Cartoon Charlie: The Life and Art of Animation Pioneer Charles Thorson, 1998: 107. 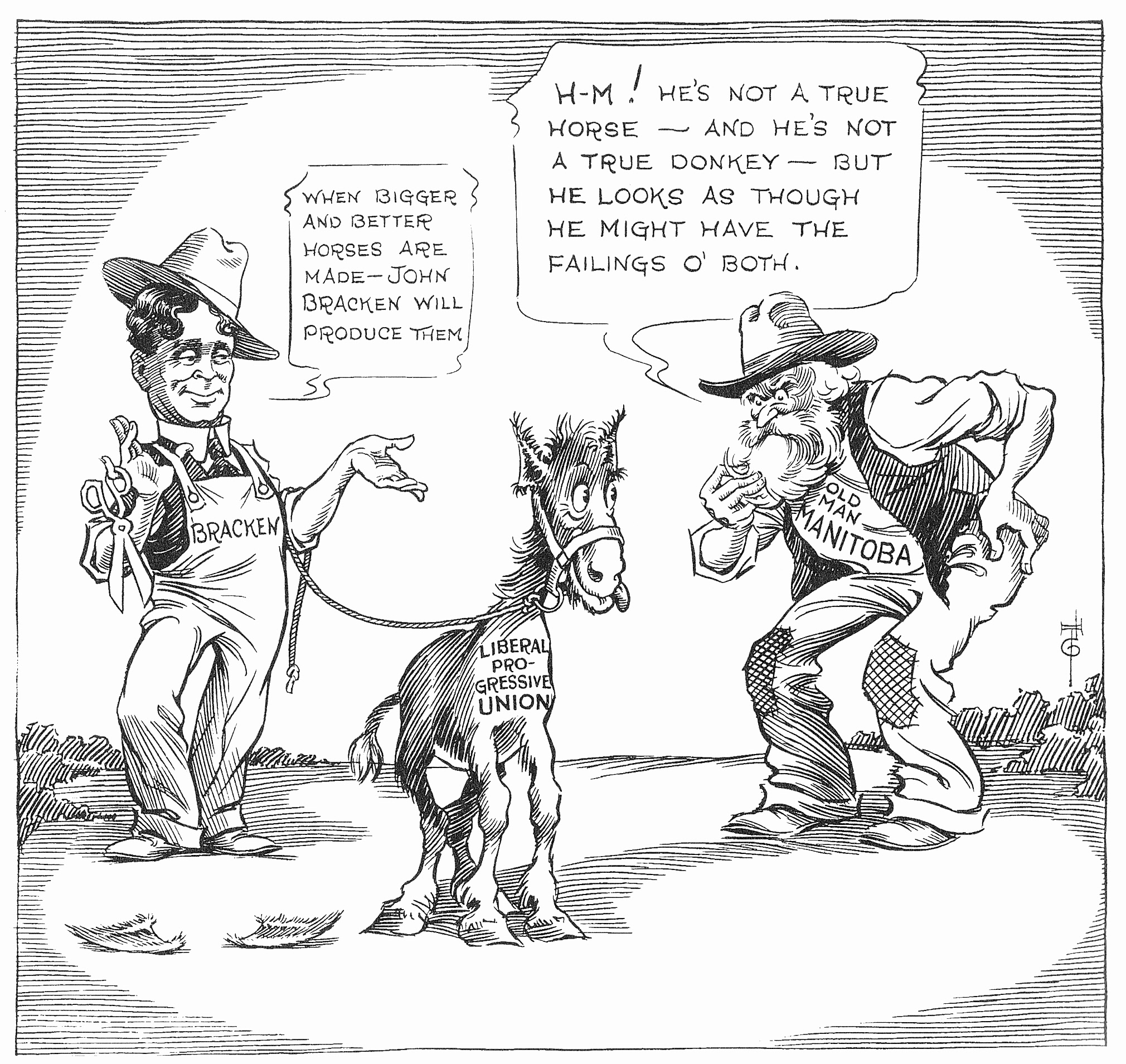 A early editorial cartoon for the Grain Growers Guide. Cartoon Charlie: The Life and Art of Animation Pioneer Charles Thorson, 1998: 43. 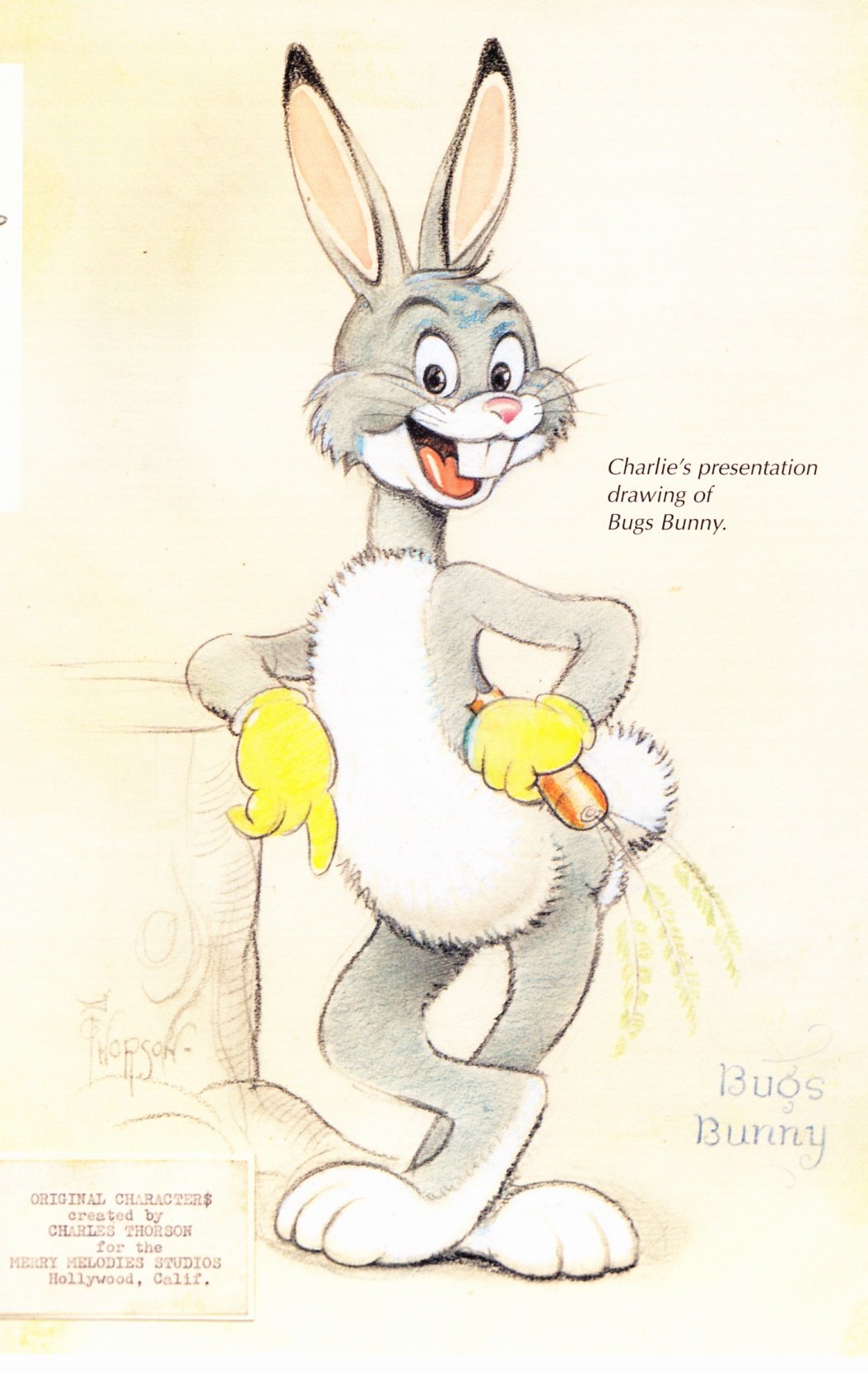