Among the six creations appearing in Le Jour on February 28, 1974, Hurtubise’s own creation “Le Sombre Vilain” was signed with the pseudonym “Zyx”. It followed the various schemes of a comic opera conspirator whose goal was the total destruction of the world. The paper lasted as a daily only to 1976. “Le Sombre Vilain” was the only strip to be brought back when the paper was revived as a weekly in 1977, but the paper again ceased operations in 1978. 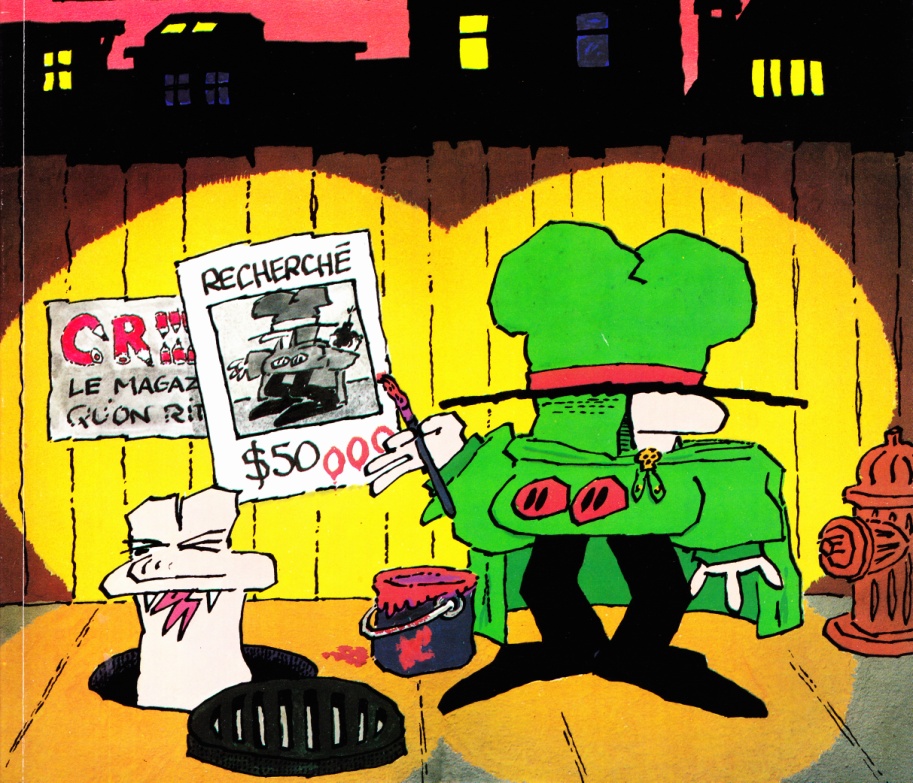