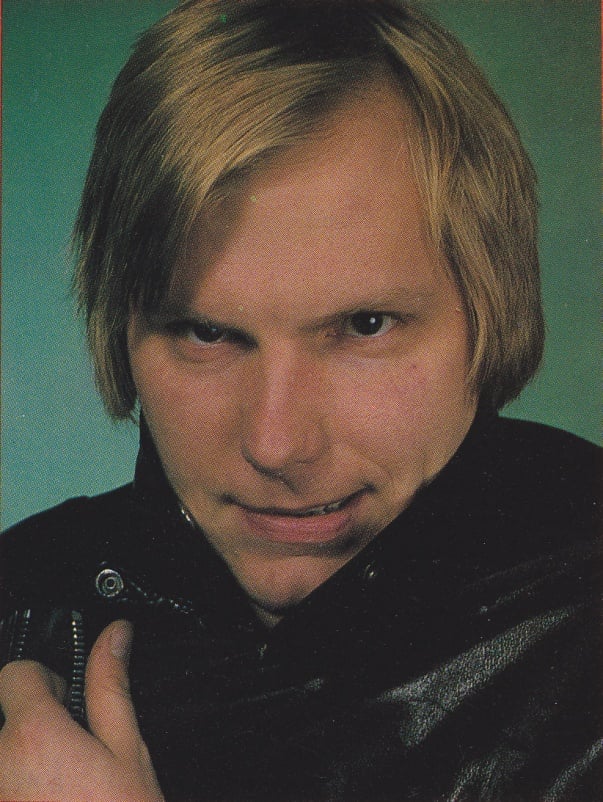 While taking engineering at the University of Montréal he became interested in comics. Along with school mates and with a grant from the University he produced the first issue of a French language cartoon magazine L’Hydrocéphale Illustre in November 1971. After a short study trip to Paris he directed his efforts towards developing a French Canadian comics industry. With a grant from the Quebec government in 1973 he developed a co-operative called Les Petit Dessins. In 1974 this group signed an exclusive contract with the newly formed Montreal daily Le Jour to supply the paper’s daily strips.

Among the six creations appearing in Le Jour on February 28, 1974 was Hurtubise’s own creation “Le Sombre Vilain” signed with the pseudonym “Zyx”. “Le Sombre Vilain’ follows the various schemes of a comic opera conspirator whose goal is the total destruction of the world. Hurtubise’s very stylized and modern graphics and his caustic sense of humour have put “Le Sombre Vilain” in the forefront of French-Canadian comics. Jacques Samson has noted “Hurtubise has managed to achieve a synthesis between text and image possibly unique in French-Canadian comic art.”

In 1975 along with Pascal Nadon and Pierre Huet, he was one of the driving forces behind the first International Comics Festival of Montreal.

Guardians of the North: The National Superhero in Canadian Comic-Book Art, Ed., John Bell. National Archives of Canada, 1992: “Capitaine Kébec”:42 – 48. A catalogue for the exhibit of the same name.