This resident of Nackawic New Brunswick and psychology graduate of St. Thomas University was a close associate of Mary Ann Bramstrup who brought her to the attention of Matrix Graphic Series.

She created the entity Cybercom which at least initially was a battle robot TX-19 who was also female. It came from a planet circling a distant star. The story included a father Ramon Ortega and his daughter Chemaine. The true nature of the robot and the direction of the story failed to materialize as Matrix Graphic Series ceased operations after this single issue was published. The demise of Matrix also ended Renée’s “Acro-don Team” series in Dragon’s Star, before it was completed. 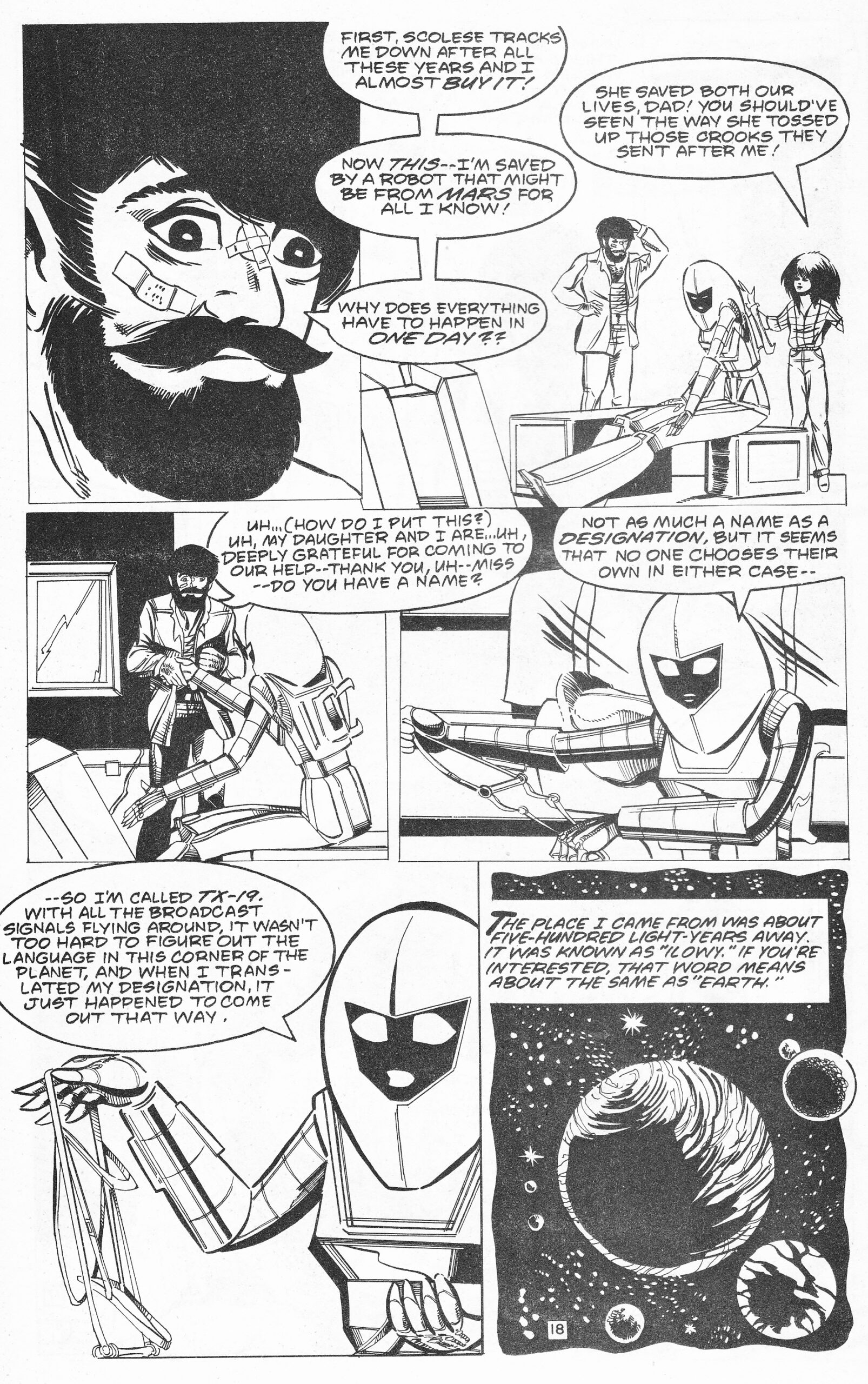