This family doctor’s first book was a small text novel called Saga Of A Star Stallion published by Carleton Press in New Brunswick in 1973. This was followed in 1981 by a graphic novel illustrated by Mary Ann Oulton called Star Destroyer, published by Larsen Offset Printing also in New Brunswick. It told of a dystopia set in the U.S.

In 1984 she first conceived the idea for “Dragon’s Star”. It involved a future human galactic utopia that over thousands of years through human greed degenerated into a dystopia of warfare. Humans were nearly annihilated by the “shonn” one of the races humans had genetically created. But they were saved by another race the “Hybrids” which combined the characteristics of the “shonn” with those of humans. They had been created by the “Star Destroyer” a machine/computer which humans had also engineered. The “hybrids” stood between “shonn” and human but they had their own agenda. Within this world Chandra a fourteen year old human and Marrik a Draconis sapiens have their adventures and intrigues.

The concept was realized at a Maplecon in Ottawa where Mary Ann through Deni Sim met Mark Shainblum owner of Matrix Graphic Series. Through Mark, she met Ian Carr. The design team for “Dragon’s Star” was established and its publisher in place. What followed were 3 issues of the periodical Dragon’s Star published from the beginning of 1987. Clearly the series was to go beyond three issues. The fourth was to be “The Camberra Connection” but Matrix Graphic Series ceased operations.

In 1989 Caliber Press in Michigan picked up the series and published in a book, the stories and background from the three Matrix periodicals plus the unpublished fourth issue plus two more chapters to round out the novel. Caliber followed this with the first issue of a new periodical called Dragon’s Star 2, January 1994, this time illustrated by Walter Simonson. There were plans to publish a second issue, but it is uncertain whether this happened.

About the same time Caliber published another Bramstrup story, illustrated by Patrick Zircher in a periodical Triarch 1, January 1990. It as well was to be followed by a second issue which it is also uncertain whether it appeared.

In 2000 Mary Ann back in New Brunswick apparently gave up her practice as a family physician in Fredericton but took up family practice again in Nackawic New Brunswick by 2009. There is no indication she wrote any graphic stories after “Dragon Star”. 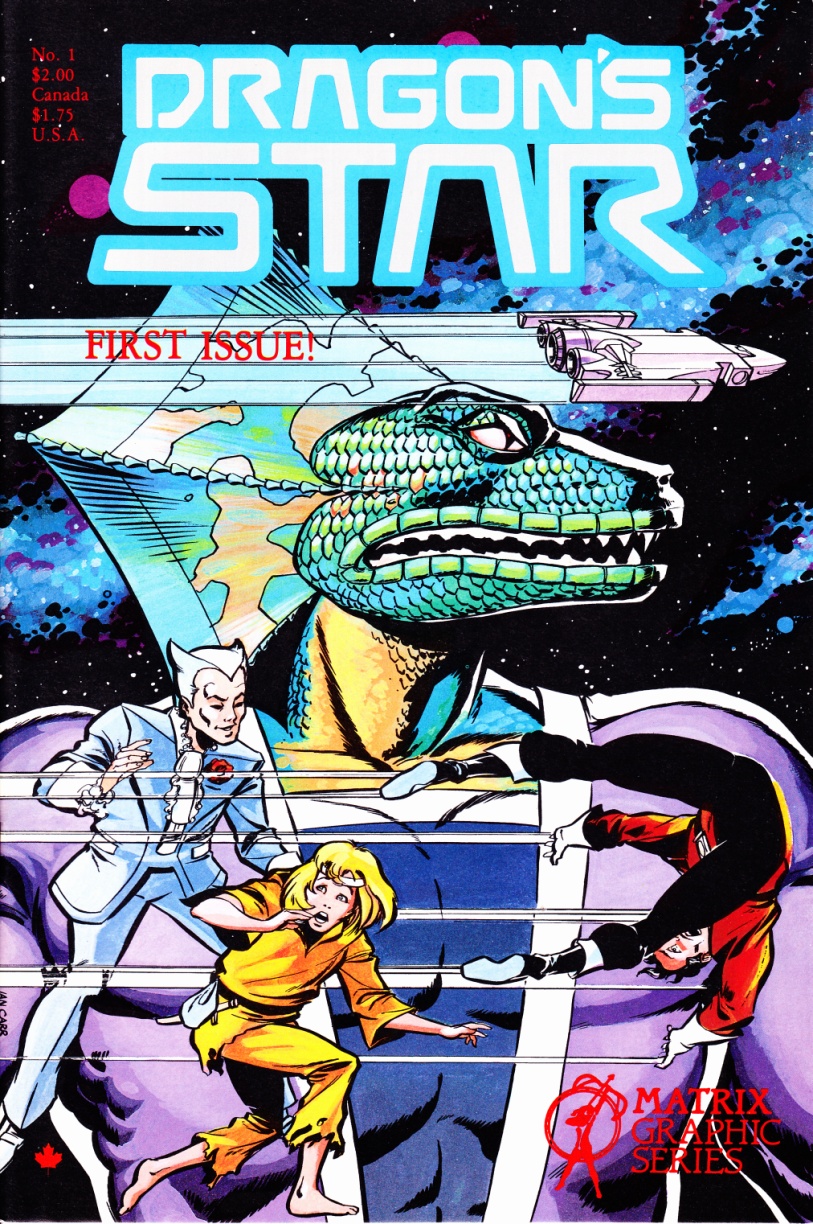