This humorous cartoon strip which appeared daily in the Ottawa Citizen from May 2 to June 18 1994 was created by partners Janet Hetherington and Ronn Sutton. “. The heroine “Jannie Weezie” who was the alter ego to writer Hetherington and hero “Treat Visual” who mirrored illustrator Sutton created a comic strip called “Jane Strange Time Twister”. Excerpts from this strip within a strip would itself sometimes appear. The story followed the characters efforts and relationship in their creative endeavor which in turn mirrored the creators’ lives and relationships in creating “Jannie Weezie”.

Jannie Weezie vs. “The Brain”. #00, (Book 2). Hetherington/Sutton Studio, 1996: “The Daily Adventures of Jannie Weezie: An Interview with Artist Ronn Sutton.” Writ., Janet L.  Hetherington. Inside front and back covers. 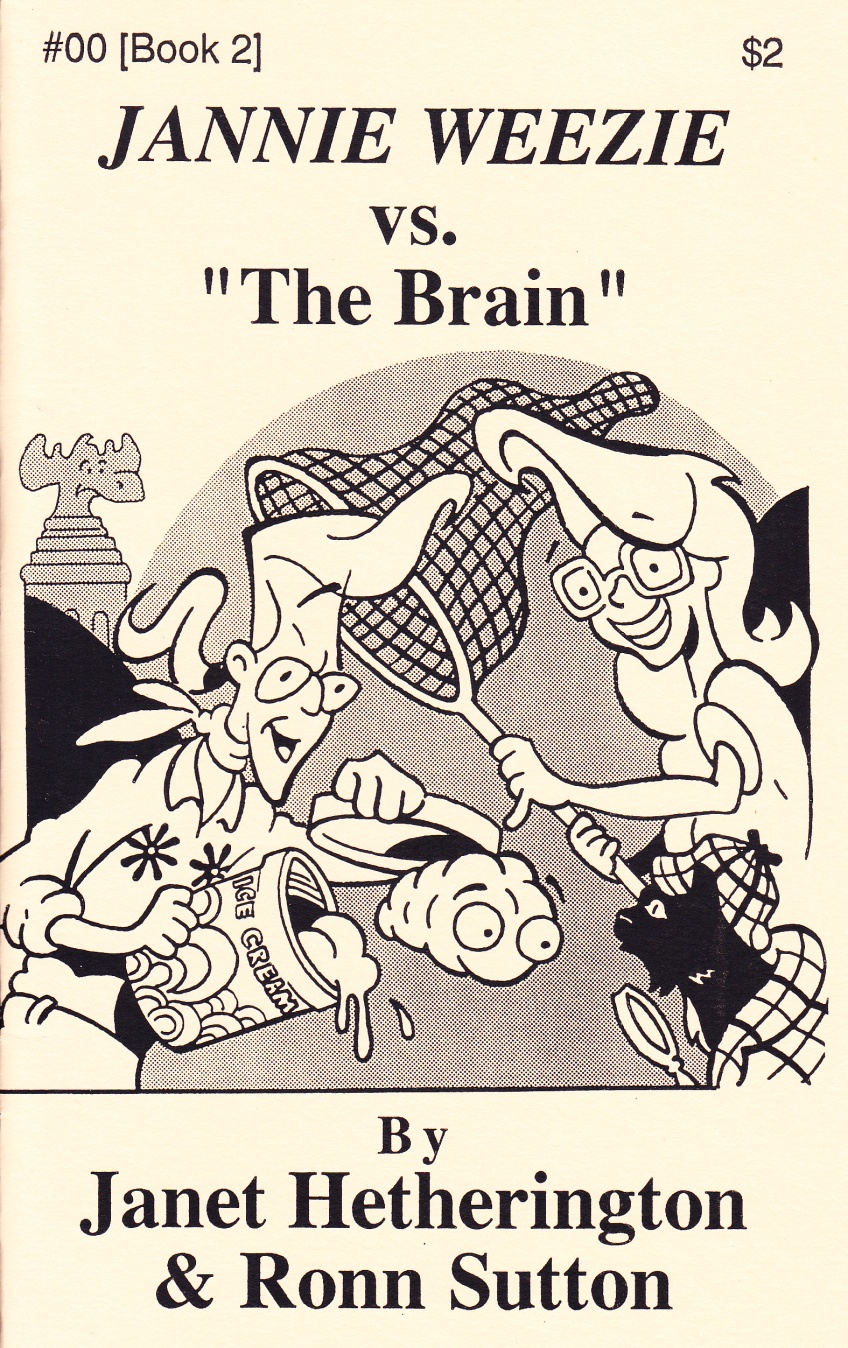