This cartoon half page strip which was a political satire observing the Toronto City Council during Toronto Mayor Sewell’s tenure was created by Tina Holdcroft and first appeared in the Fanfare section of the Globe & Mail February 17, 1979.

Initially, Tina both wrote and illustrated the strip from February 17 to 24. The writing task was then taken up by Paul McGrath from March 3 to April 7, 1979. Holdcroft then resumed cartooning the strip from April 21 to June 31. From July 7, 979 to March 15, 1980 Warren Clements took over the writing task. . 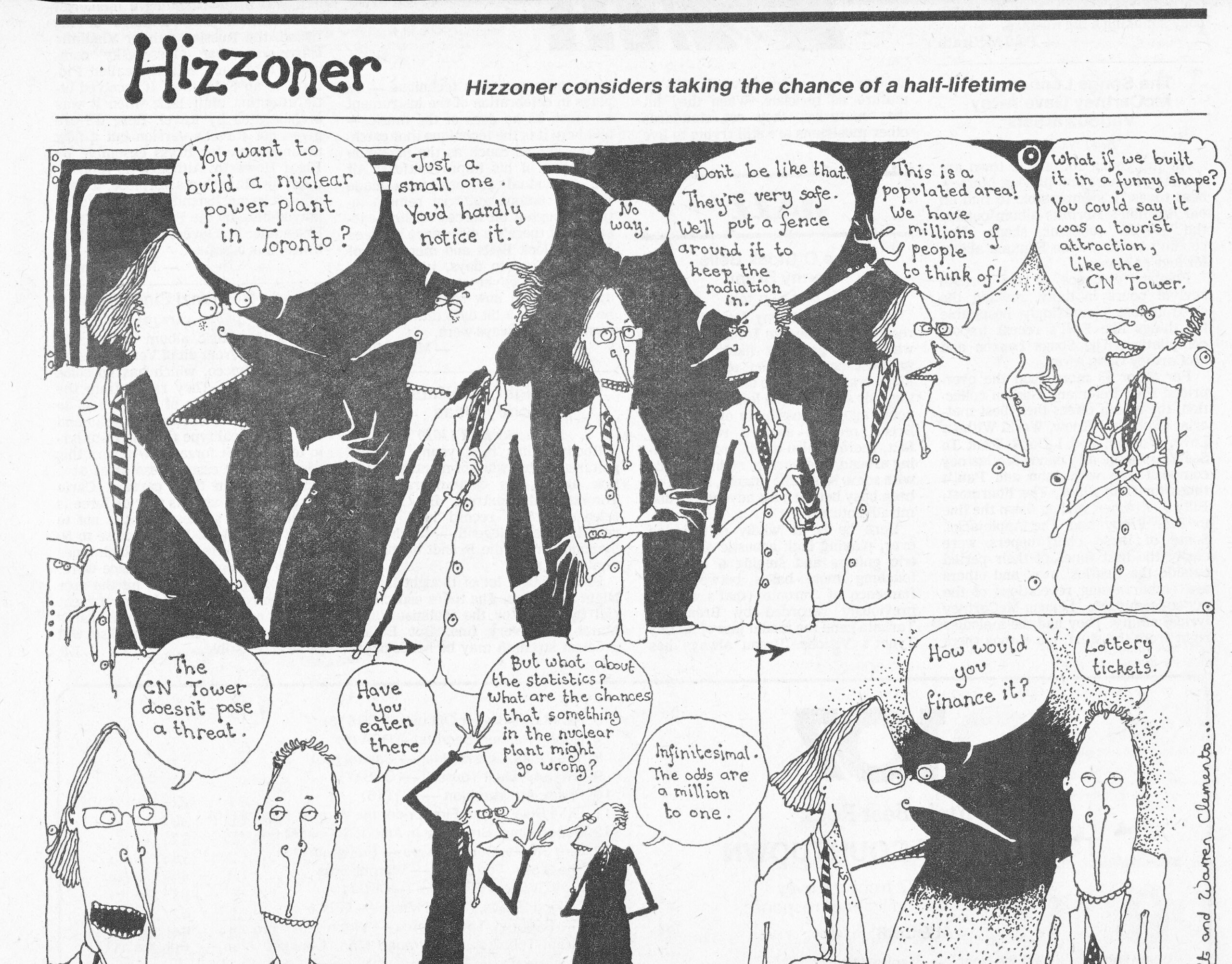