Over his career, Warren Clements has been a writer, editor, cartoonist and publisher.

Clements was born in Montréal. During his childhood he enjoyed the comic strips of the Montreal Star and the Gazette [Montréal]. “Pogo” and L’il Abner” were among his favourites. These encouraged him to try his hand at drawing comics. He wrote and drew parodies of his teachers in large notebooks and invented his own comic strip “Mogul of Mars” which consisted of a male creature on Mars exchanging punch lines with a female creature called “Mogulia”.

As he grew up, his sense of humour was nurtured by the books of U.S. humourist Will Cuppy, The World of Don Camillo and sequels by Italian journalist, cartoonist and humourist Giovanni Guareschi, the Nigel Molesworth books written by British journalist Geoffrey Willans and illustrated by British cartoonist Ronald Searle. The magazine Mad, and the performances of British comedy duo Flanders & Swann, the stage revue “Beyond the Fringe Beyond the Fringe, American comedian Bill Cosby and the Canadian comedy trio Brothers in Law who acquired their name from all being police officers.

He began a humour magazine Gaslight whose first issue reached the newsstands July 1975. It lasted till September 1976. To help fill the editorial content of the first issue Clements conceived “The Nestlings” while on a southbound bus on Keele Street in Toronto. It was a 15 panel cartoon strip about a family of birds – mother and her offspring. Perhaps afraid of being accused of papering the magazine with his own work, Clements used the pseudonym “Perry Sheridan”.

In 1978, he was hired as a writer/editor on the editorial board by the Globe and Mail. For five years he edited the op-ed (opposite the editorial) page. This page in newspapers is traditionally devoted to essays and opinions by various identified writers. He wrote columns about words, humour (“The Challenge” in which he invited Globe and Mail readers to write to him), and home video, as well as editing the comics section in the 1980’s and 1990’s. He axed many of the old strips and brought in new blood like Graham Harrop’s “Back Bench”, Phillip Street’s “Fisher” and Michael Eddenden’s “Between Polls”.

In 1979 he joined forces with illustrator Tina Holdcraft to create the half page weekly cartoon “Hizzoner” which first appeared in “Fanfare” 17 February 1979. It was based on Toronto municipal politics featuring then Mayor John Sewell. It was suspended 1 November 1980 because of the up coming mayoral election. The cartoon became a casualty when Sewell lost the election.

All was not lost for Clements because on 24 September 1979, “The Nestlings” returned to the newsstands again. This time in the Globe and Mail. They were much reduced having been shrunk from the original 15 panels to four, but they would remain a feature till 1986 when Clement retired them due to the workload of his other duties. He revived them again in 1990 as a two times a week cartoon strip but retired them again when he found a suitable replacement in “Fisher”.

Clements left the Globe and Mail as a full time staffer in 2008 but continued to write regular weekly columns until late in 2012 when he began a small book publishing company called, naturally, Nestlings Press. It has so far (2014) published nine books of humour, including caricatures by Anthony Jenkins, a collection of Phillip Street’s “Fisher” as well as titles written and edited by Clements.

How To Get To Heaven & Back: A Romp Through A Century Of Movies & TV Series About Heaven & Hell & Reincarnation. Illus., Anthony Jenkins. Nestlings Press, 2020.

Gulliver’s Day Trip and Other Literary Flights of Fancy

How To Get To Heaven & Back: A Romp Through A Century Of Movies & TV Series About Heaven & Hell & Reincarnation. Nestlings Press, 2014. 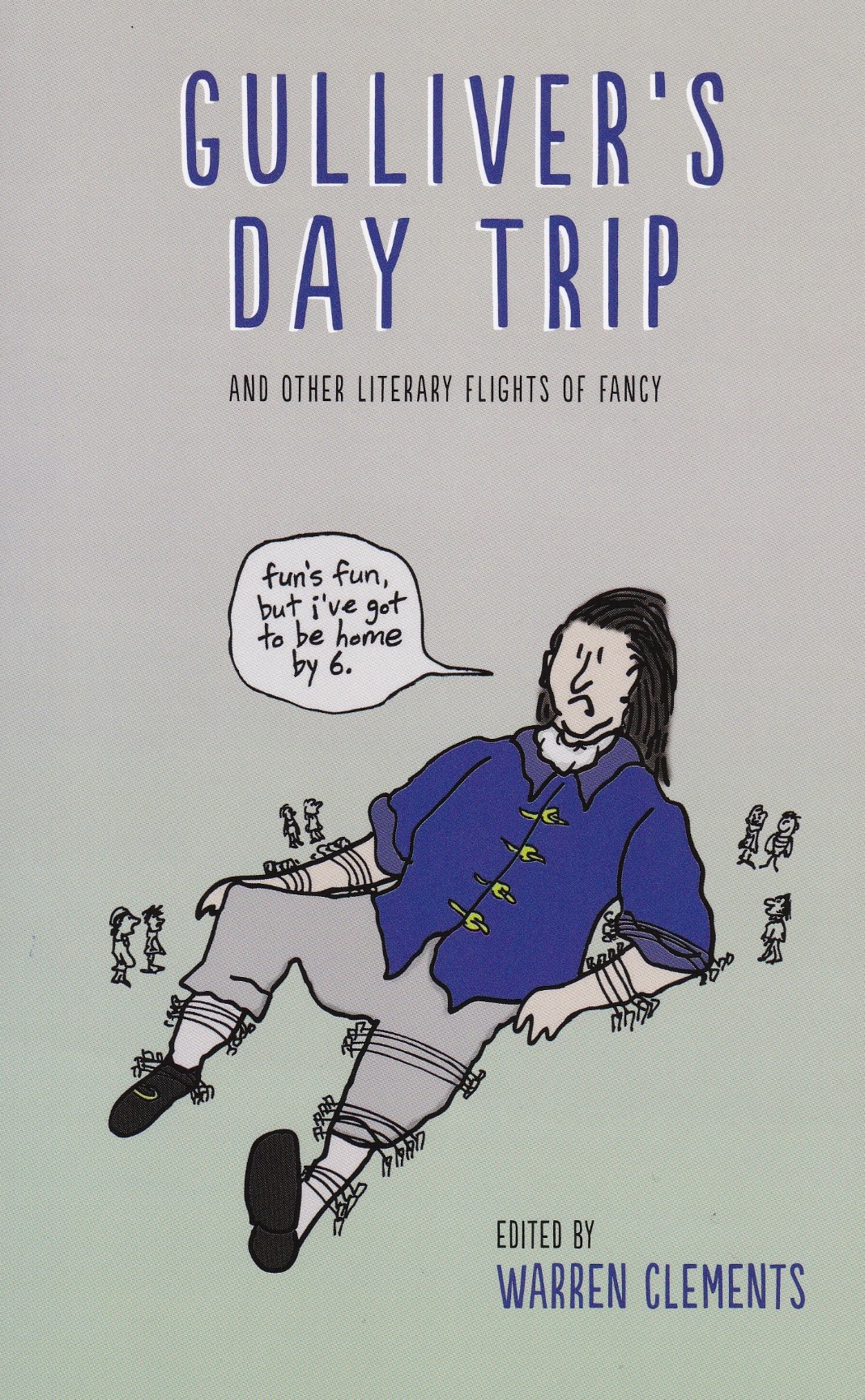