Created by Ryan Howe, “Daisy Blackwood Pilot For Hire” began life as a webcomic and continues in that format, but has now been collected into a print format.

Daisy Blackwood a charter pilot experiences a series of adventures. Although the three books can be read separately there is a supernatural thread that ties them all together. It begins with the accidental discovery of a mysterious tablet by a research crew. The story jumps to Daisy who is hired by the now obsessed leader of the crew to take him to an island where he intends to destroy this tablet, which is apparently destroyed. The second story involves the kidnapping of Daisy’s sister for ransom, but there is an undercurrent involving this tablet or the forces behind it. The third book, again brings the dark force to the foreground. Daisy is again hired to fly a supposed archeological crew to find a Viking hoard and again the supernatural is involved. This book’s ending is inconclusive and we can expect yet another book. 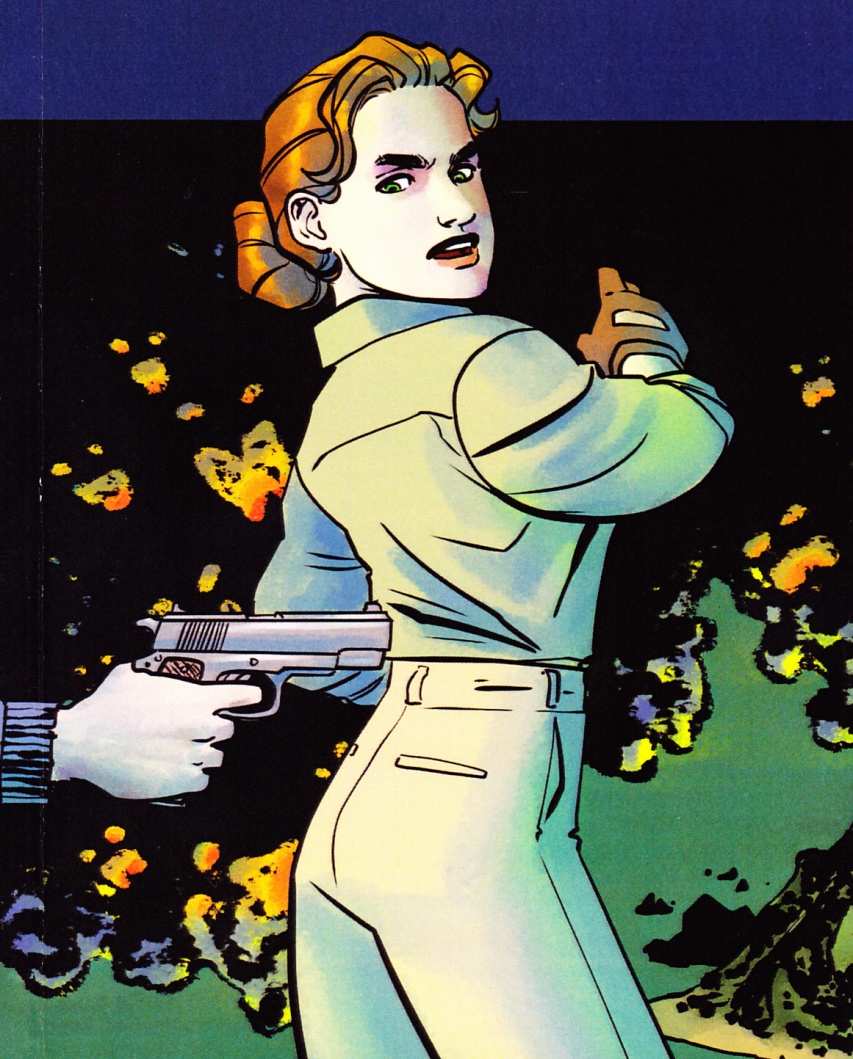