“Arrowhead” is another creation of Jay Stephens, it first appeared in the anthology, True Patriot: All New Canadian Comic Book Adventures, 2013 and continued in True Patriot: Heroes Of The Great White North, 2014. Chapterhouse Comics attempted to publish a periodical True Patriot Presents featuring “Arrowhead” but only issue 1 was printed and it only reprinted “Arrowhead in ‘Phase One: Test Flight”. It did however continue “Arrowhead” as an on line feature for a while.

The “Arrowhead” serial is interesting for the way Jay ties it to Avro Canada Ltd recalling the achievements of that company, the CF100 fighter aircraft, the C102 the first jet civil airliner to fly in North America and the VZ-9 Avrocar a ground cushion machine and ultimately the CF105, the long remembered Avro Arrow. To these real achievements, Jay attaches his “CGM-2 flight suit”, which is spirited away from Avro by “Fergus Dyjan” on the day the Avro Arrow is cancelled. The story jumps forward to Brampton Ontario, Sept. 13, 2013. Here we meet “Toby Meekis” an aboriginal boy, who on his way home discovers a suitcase containing the “CGM-2” suite. A mentor or friend “Del Dixon” discovers what the suit is about. The suit is tested to great effect but it is also revealed to other more sinister forces, American and it would appear Canadian as well. “Arrowhead in ‘Phase 1.5’: Dawn of the Biodrones.” Opens with an American government assassin attempting to kill “Toby” as he wears the “CGM-2” suite. The American fails and is captured by “Silverbugs” who are connected to the Canadian Forces who as it turns out are no better than the assassin and who also want the suit. Jay then turns to a dark Canadian event the brainwashing experiments done for the CIA at the Allen Memorial Institute in Montreal during the 1960’s. Jay suggests that many of these brainwashed victims are moles scattered in Canadian society. “Del” one of these victims, turns on “Toby”. Where this story would have led to is not known. When we pick up “Arrowhead” in Owl, the tone is very different. 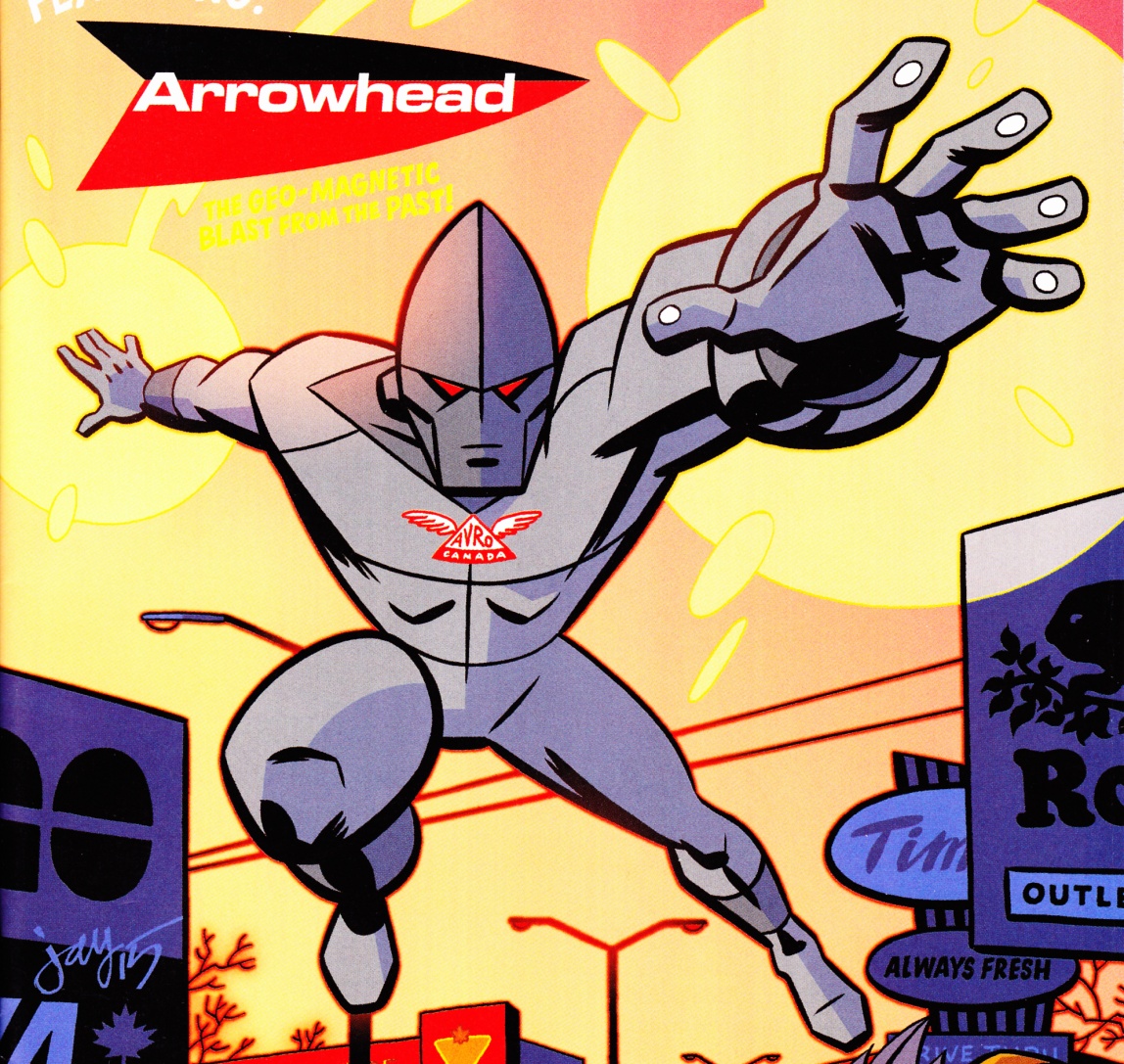