He took graphic design at George Brown College in Toronto.

He is best known for co-creating Runaways (Marvel Comics) with writer Brian K. Vaughan. Christina Strain was the colourist for this series and for many other Marvel titles. The series received the Harvey Award. Adrian has worked on other titles including Spiderman Loves Mary Jane and Uncanny X-Force. His art has appeared in magazines Filler and Men’s Fashion.

For Sweetness: A Coloured Sketchbook. He teamed up with Christina Strain. He did the drawings she did the colours. The project began when Christina coloured a number of Adrian’s drawings. These sold well at the Toronto Comic Arts Festival in May 2011, and as a result they created the book. 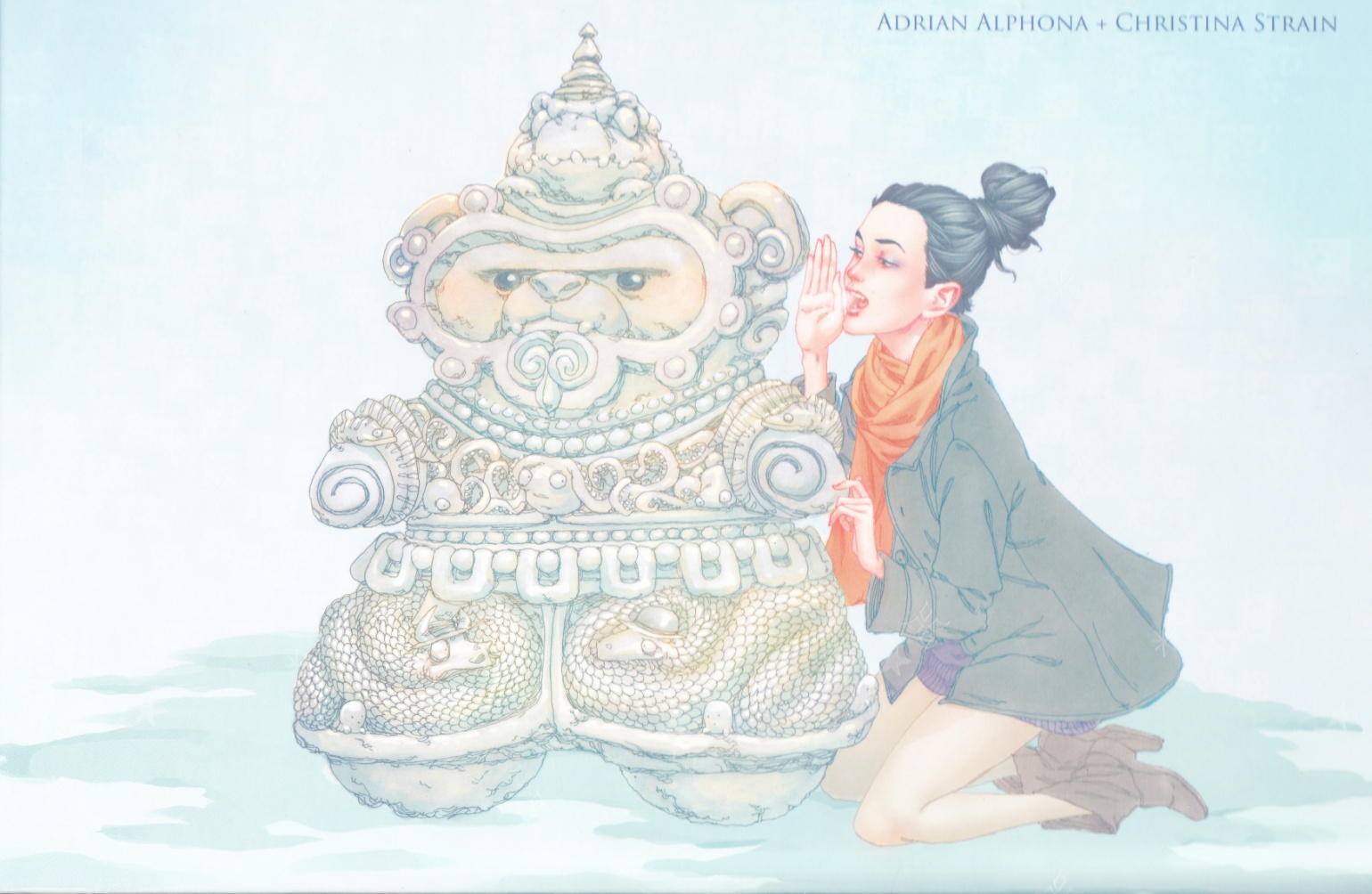