“The Swash-buckling adventures of the Rapier.” was an intended serial created by cartoonist Clayton Dexter. It involved the search for the golden city of El Dorado during the time of the Spanish conquest of Central and South America. It appeared in Top Flight Comics, 1-1, February 1942, the only issue Hillborough Studio published before ceasing operations. This feature seems to have been the only work done by this author. Rather unfortunate, as he appears to have had talent for this type of work. 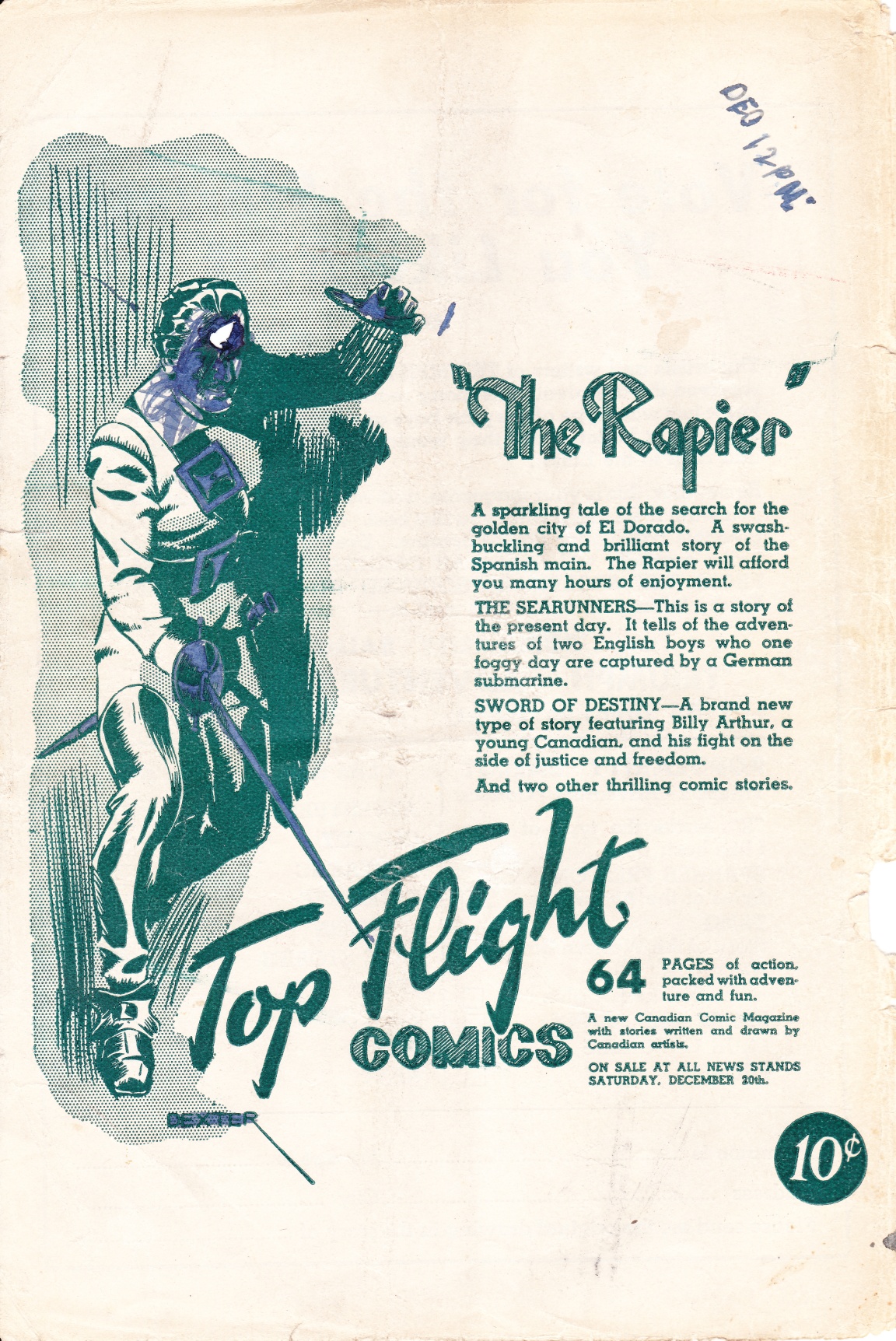 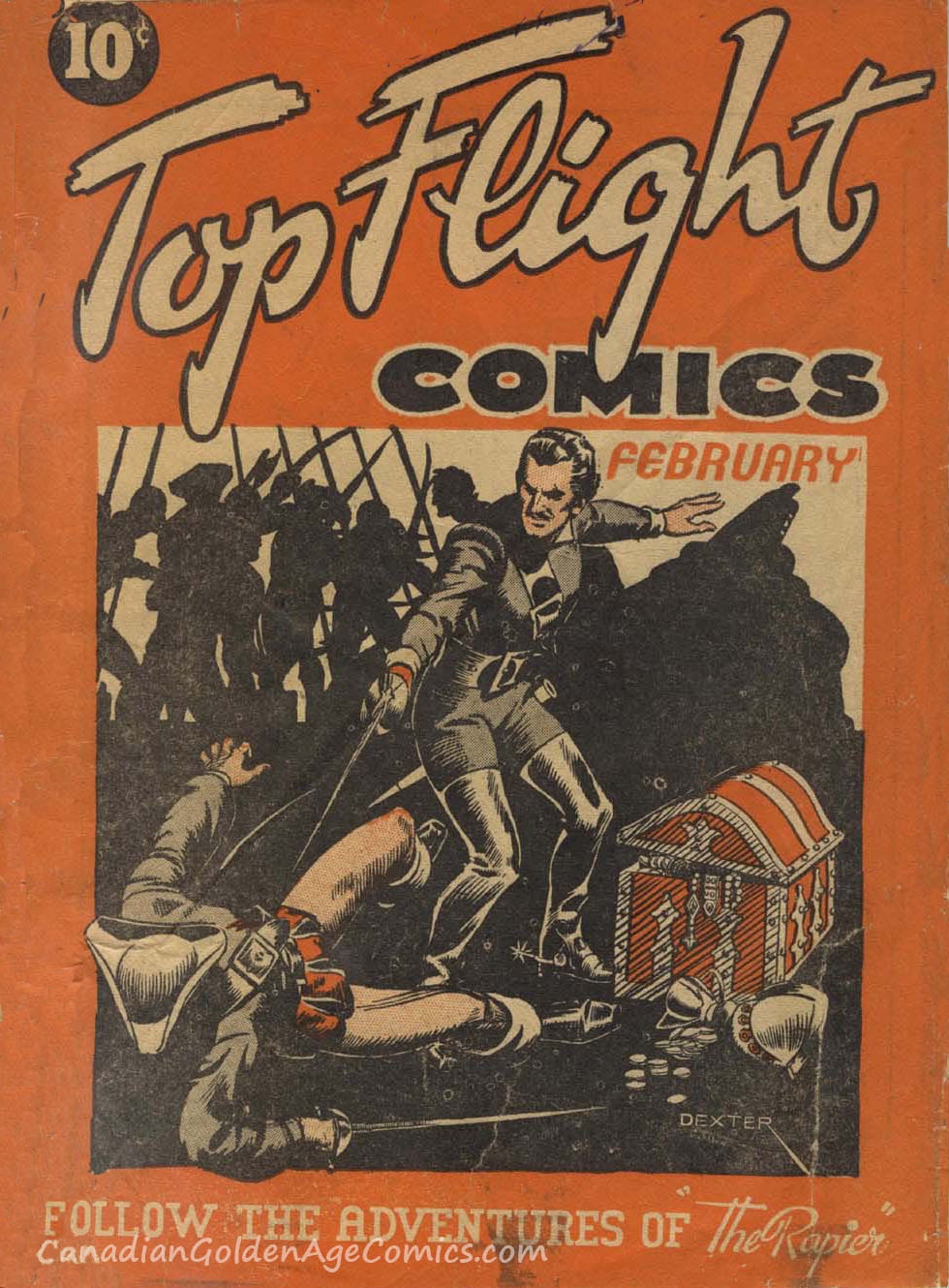