Created by Bus Griffiths, this story falls into two categories with a thirty years gap between them. Although the characters remain largely the same for both sections the first was an adventure strip for youngsters that appeared in Rocket Comics in the 1940’s while the second was a graphic novel more focused on depicting a way of life and directed at adults.

In 1941, Griffiths with some cartooning skills, created “Now You’re Loggin” which appeared in Maple Leaf’s Rocket Comics. It depicted the adventures of two young loggers Al Richards and his friend Red Harris and their enemy later turned friend Art Donnegan. The series like the graphic novel that would eventually follow it presented a great deal of information about logging terms and techniques. Although the drawing was rough the series stood out as an original and distinct feature in Rocket Comics. It proved so popular that Maple Leaf asked Griffiths to revive his first proposal which became a second series Son of the Range – a western. While the stories remained poplar Griffiths didn’t have the time to do both them and his logging job and so in 1943 he dropped the two series.

About 20 years passed before Griffiths took up art again in a serious way. This time he taught himself to paint. These paintings stimulated an enquiry from the logging magazine BC Lumberman in 1973 which inspired Bus to revive the “Now Your Loggin” series but this time emphasizing the lifestyle of the loggers rather than the conflict between men aspect. After publishing a couple of episodes the BC Lumberman was forced to discontinue it for financial reasons. However, Griffiths continued to work on the project more or less continuously for the next five years. The result was Now You’re Logging one of the earliest graphic novels produced in Canada. The novel appeared in excerpt form in three issues of the journal Raincoast Chronicles. It won the Eaton’s B.C. Book Award and sold out in two years.

The story had the same characters but now Art Donnegan was the foreman and the rivalry between him and Al Richards was gone. Toward the end there is a courtship between Al and Debbie Brown and the book ends with a marriage proposal. The story reads much like a diary recording the day-to-day experiences of logging in the forest. It is clear that story is merely the devise to describe a vanished logging heritage its techniques and style.

Raincoast Chronicles, no number, Raincoast Historical Society, no date: No title. Illus., Bus Griffiths: Back cover, outside & inside. 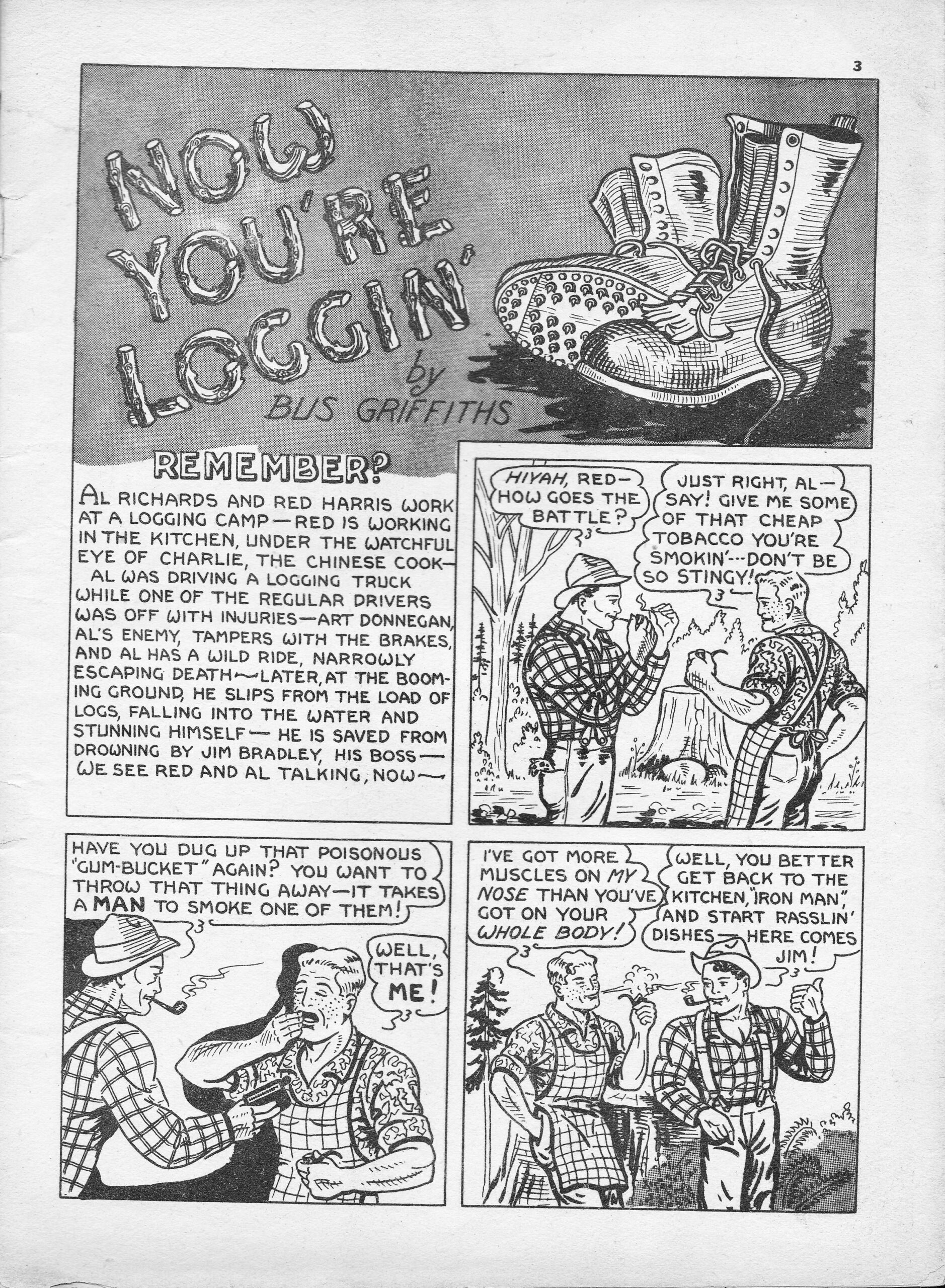 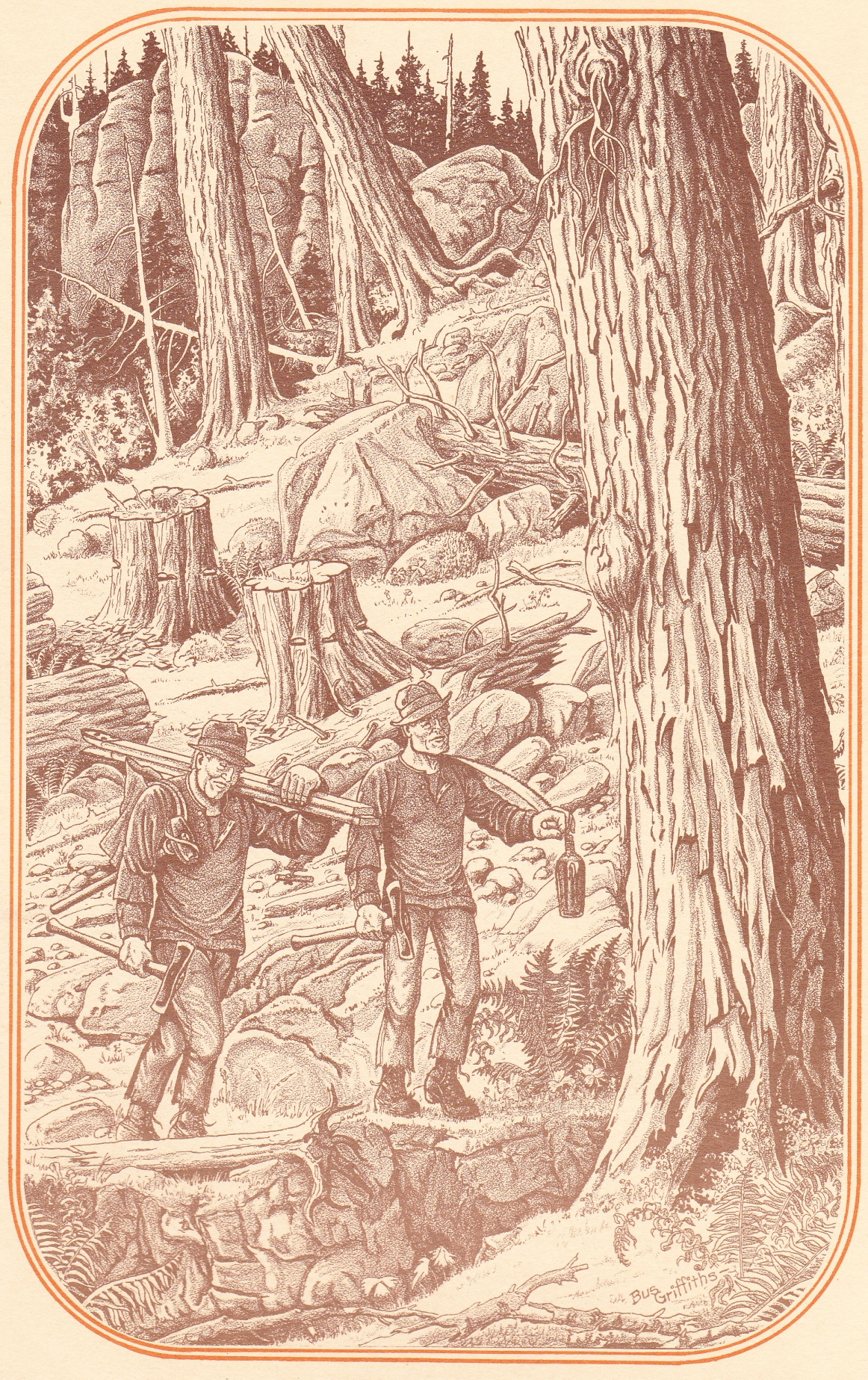 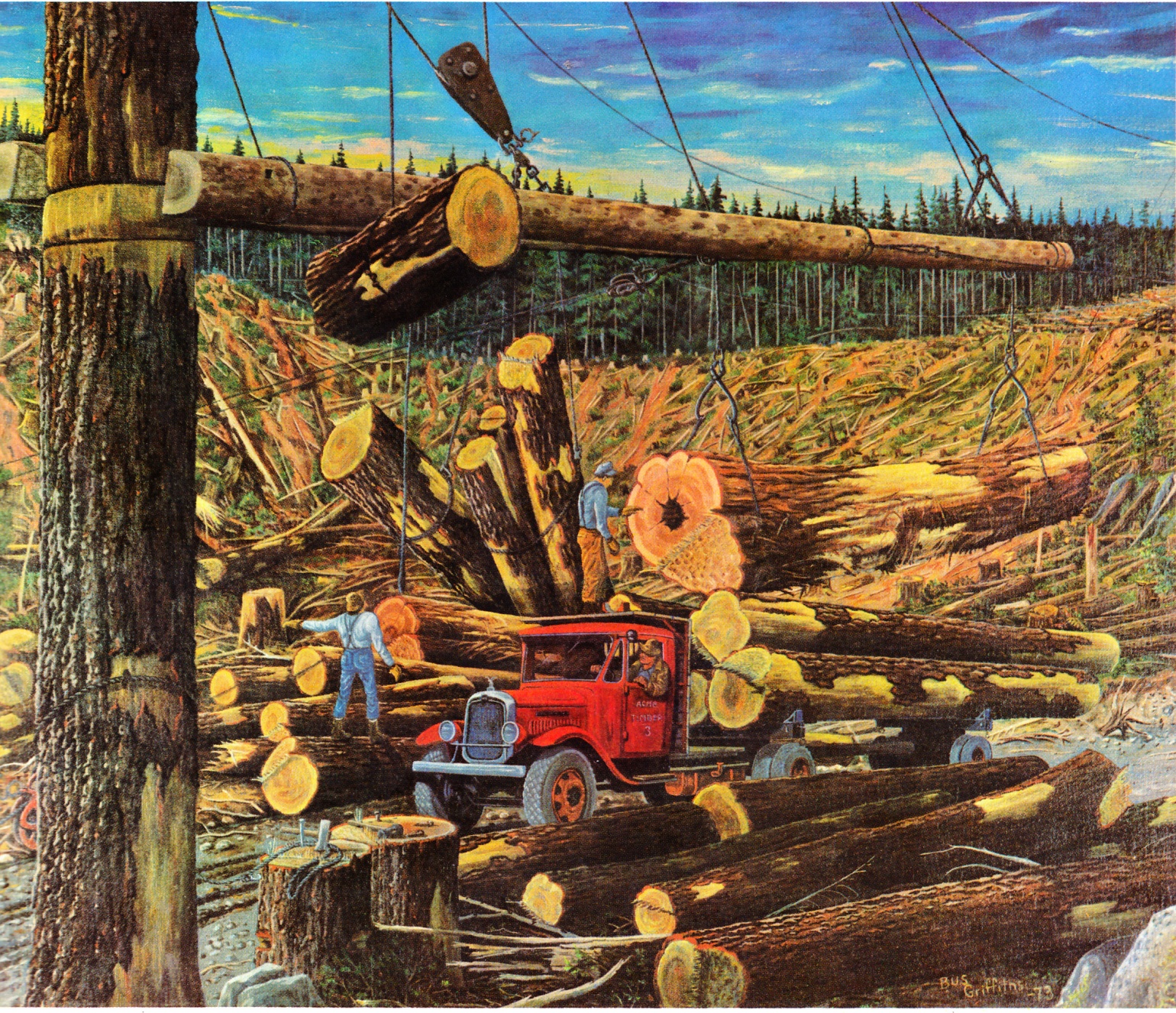 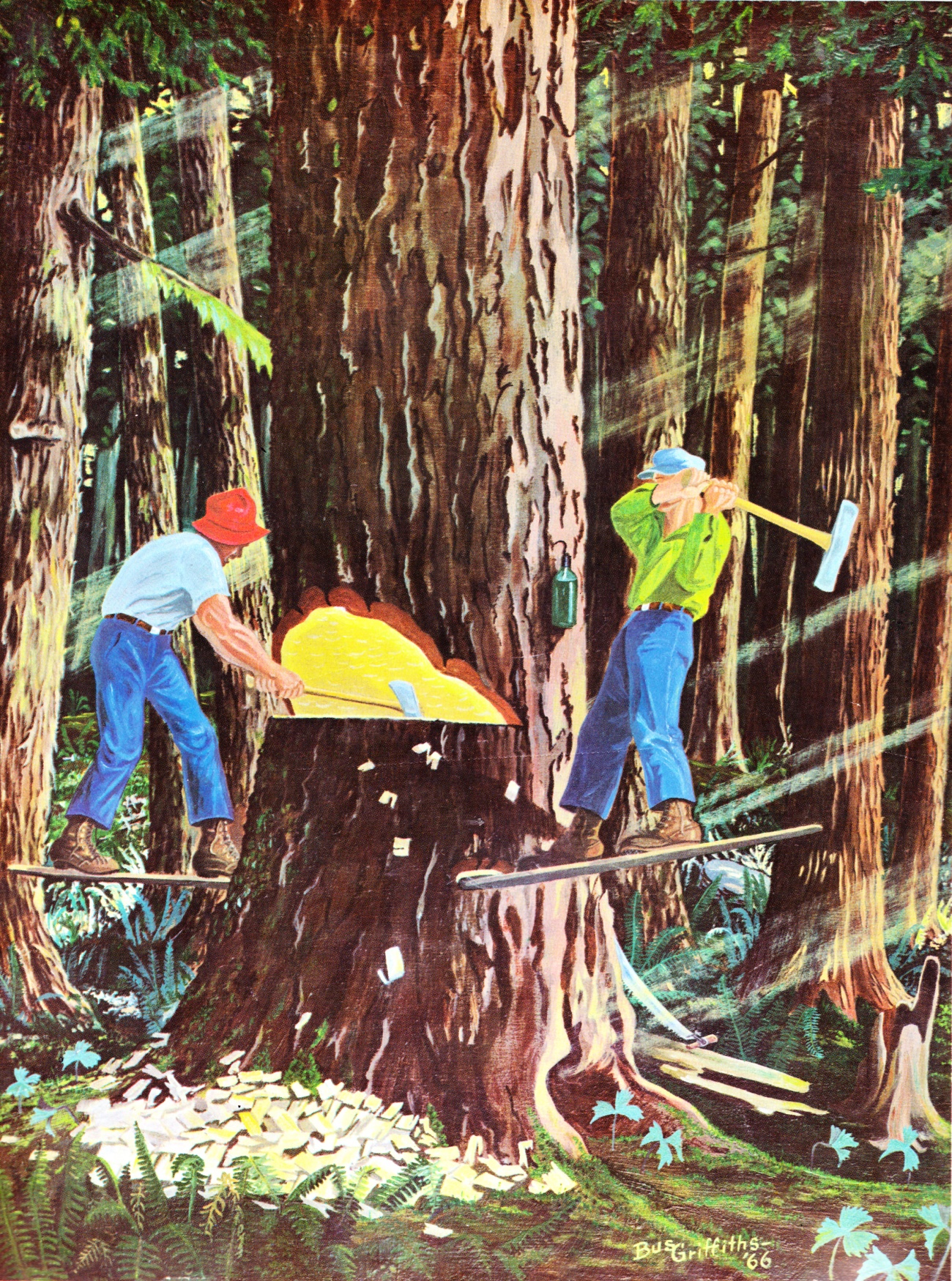