On December 14, 1936 Harry Hall began his best known cartoon strip the daily humorous topical comment “News ‘n Nonsense” which replaced “Nothing But The Truth” It always ended with “Sez Melinda” a pithy comment by a young girl. This ending was so popular that the cartoon strip eventually became known as “Sez Melinda” rather than its official title. It was an exclusive feature of the Toronto Evening Telegram.

In 1941 he collected this strip into a book called Mean Scamp – F which focused on making fun of Hitler and his associates. “Sez Melinda” was usually expounding on support for the war effort.

Notes: An investigation of the newspapers shows that “Nothing But The Truth” was still being used as late as December 30, 1936 and that “News ‘n Nonsense” was still appearing as of August 29, 1947. 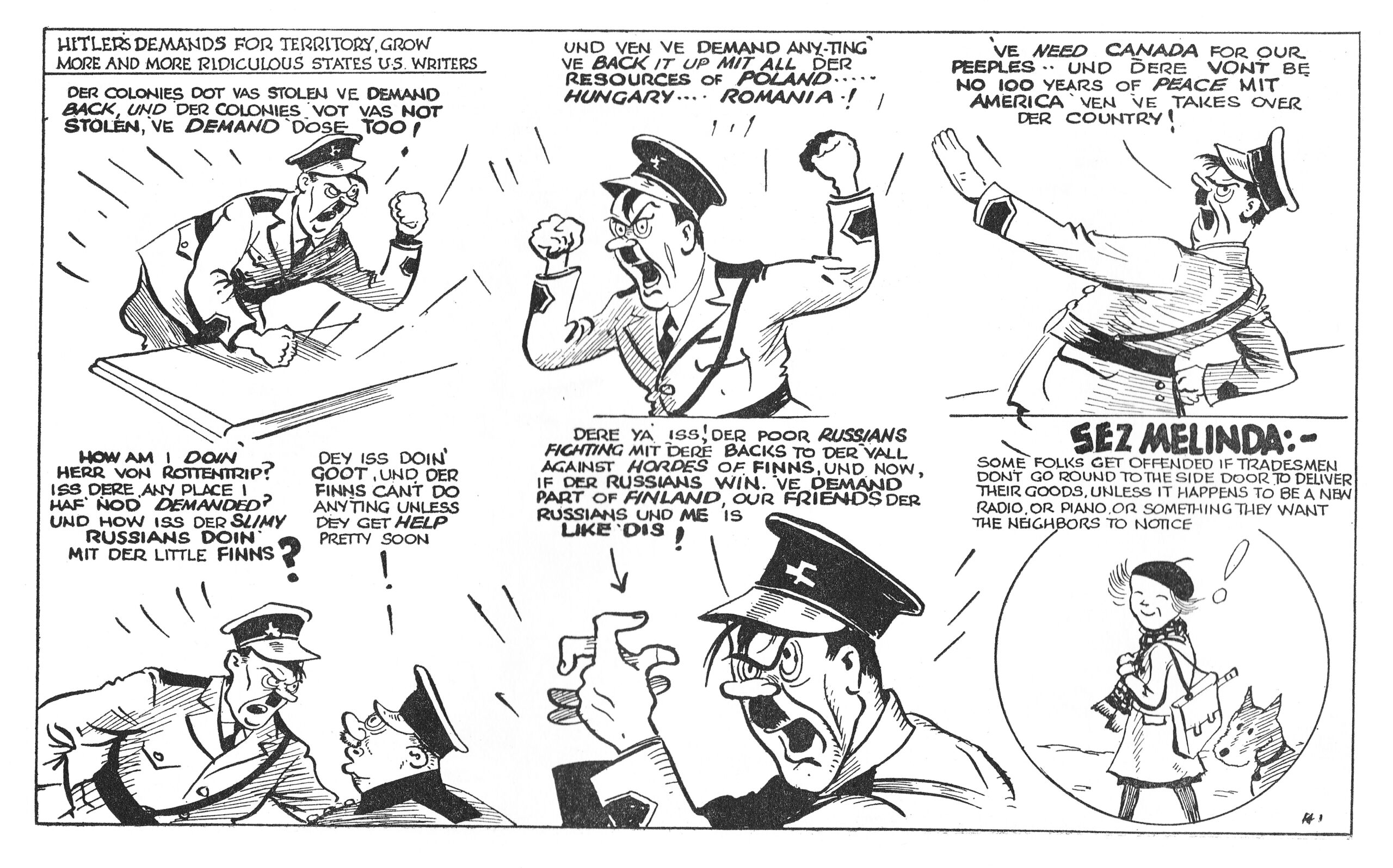