From about 1998, he was editorial cartoonist for the Banff Craig and Canyon. In September of 2001, he moved to the Rocky Mountain Outlook. His cartoons regularly appeared in a number of daily and weekly newspapers across Canada including The Calgary Herald, The Gazette [Montréal], The Vancouver Sun, and The Ottawa Citizen. He was a regular contributor to Maclean’s when they used cartoonists. He was also a freelance writer and illustrator. 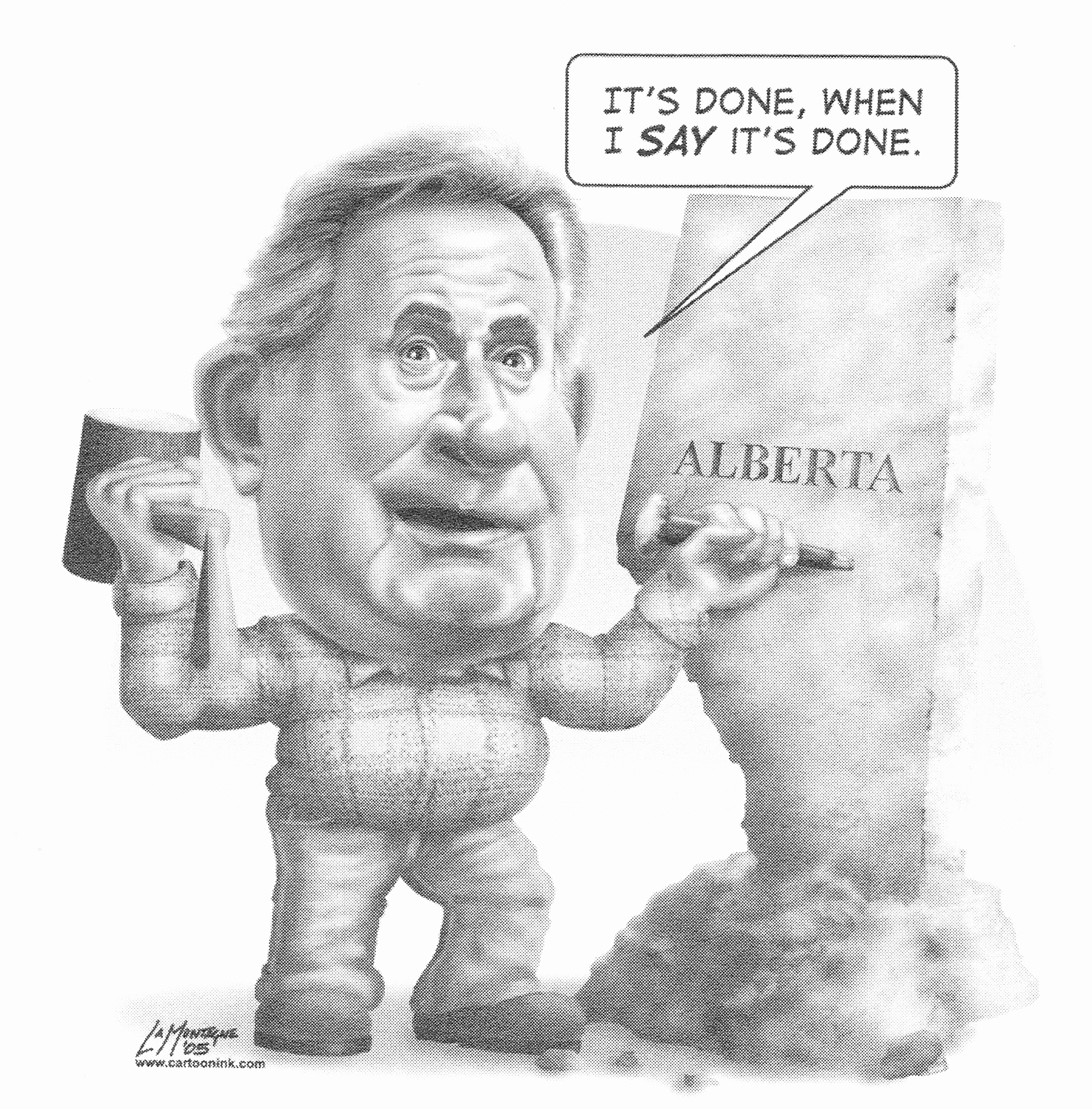