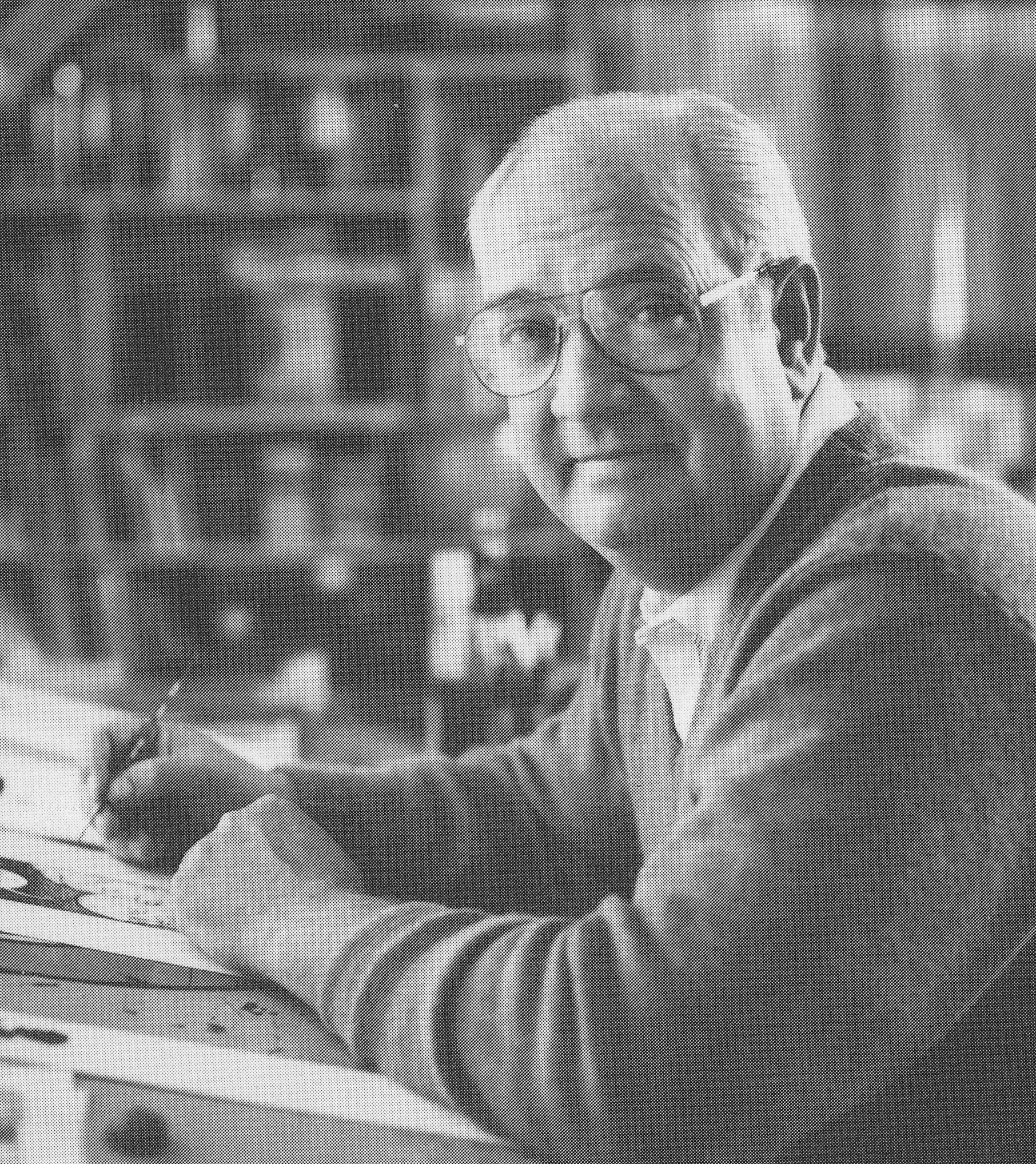 William Hogan was born in Montréal but moved with his family to Chatham now part of the city of Miramichi when he was two years old. After his father died, and at the age of 17, he quit grade 11 in school, and went to work at a commercial artist’s shop in Montréal. He eventually returned to Chatham and completed high school. After leaving high school, he worked at a finance company, and ran a store among other things to earn a living. At the same time he studied drawing at St. Mary’s Academy in Newcastle, another district of Miramichi

He entered cartooning after winning a local newspaper’s contest for the best cartoon in 1976 with a $75 prize and a job drawing weekly cartoons. An expanding number of newspapers including the Globe and Mail purchased his cartoons. However, his work appeared principally in the Times-Transcript [Moncton] and regularly in Fredericton’s Daily Gleaner, Campbellton’s Tribune, and the Miramichi Leader. He produced court room drawing for the C.B.C..

He was an active member of the Association of Canadian Editorial Cartoonists. He has won several Atlantic Community Newspaper Association Awards for best cartoon and best original art work. In 1989 he was winner of the Citation of Merit Atlantic Journalism Award. 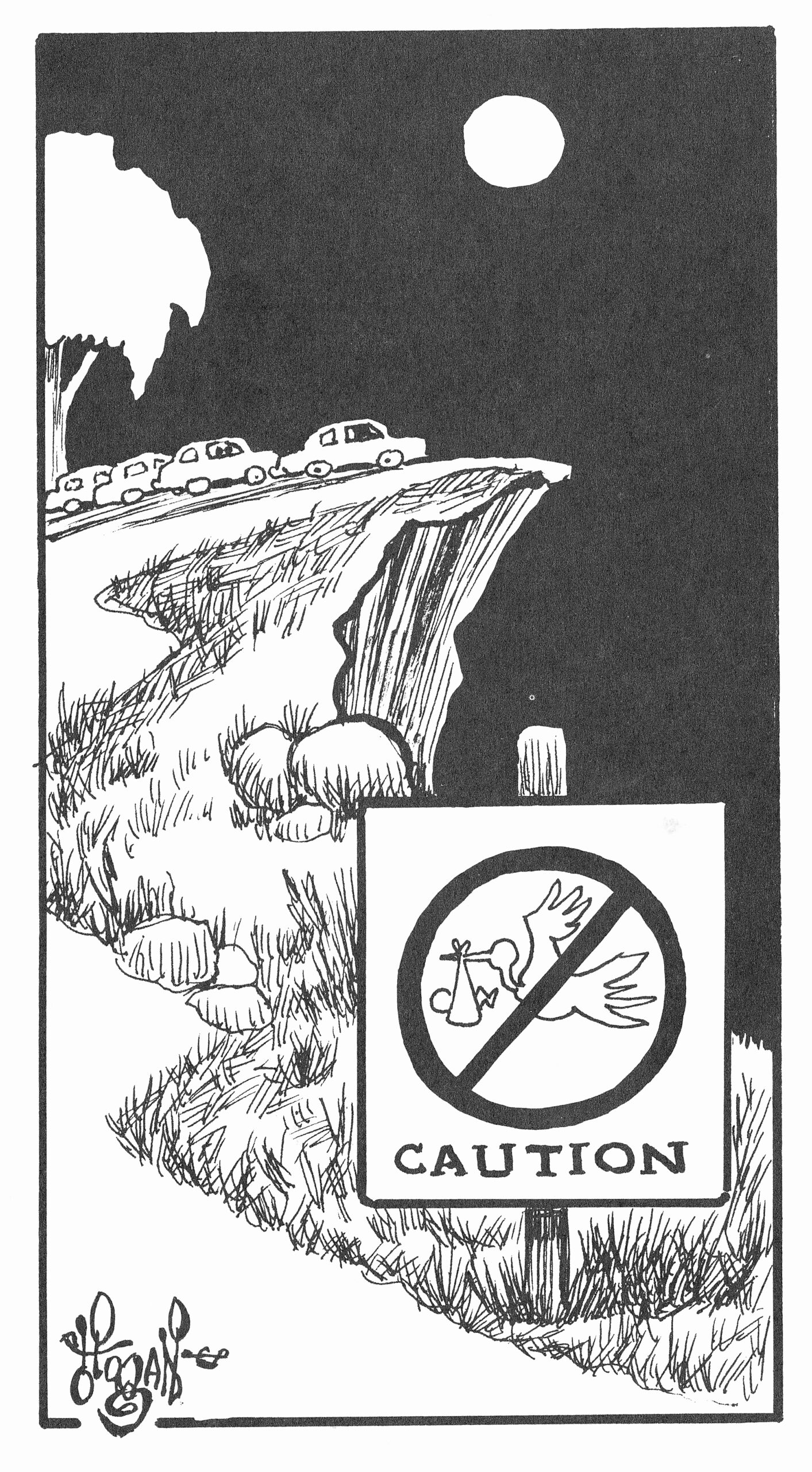 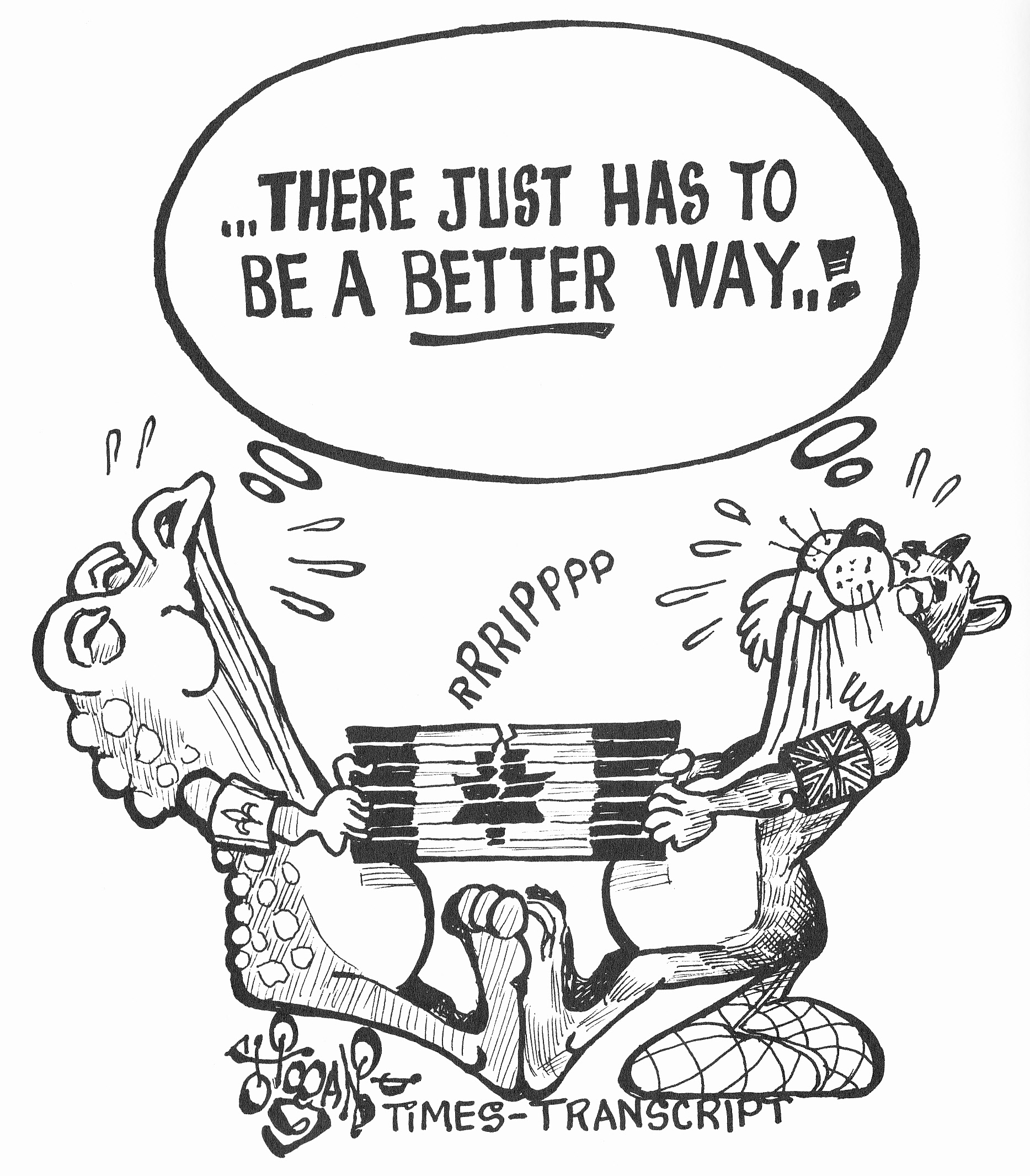